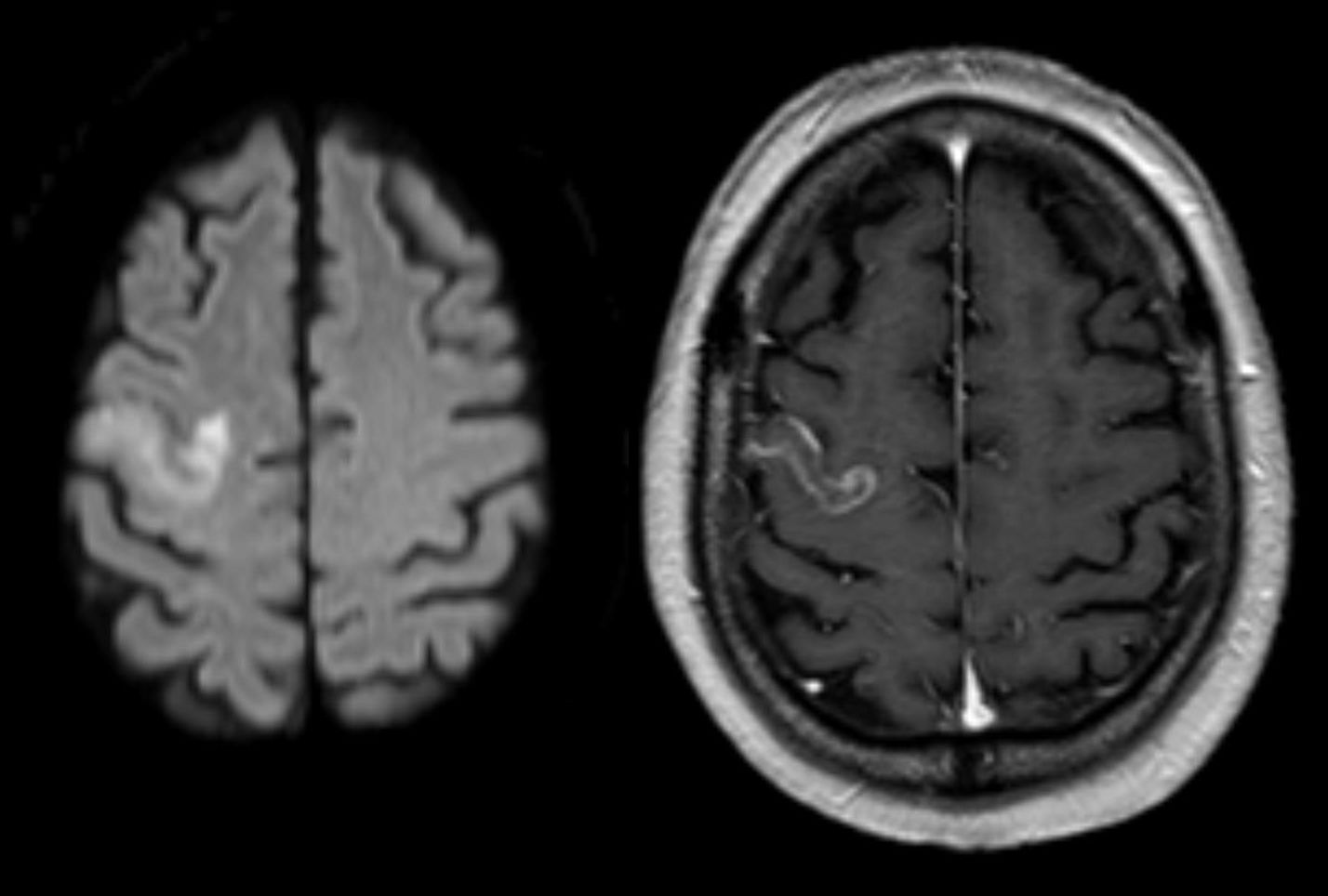 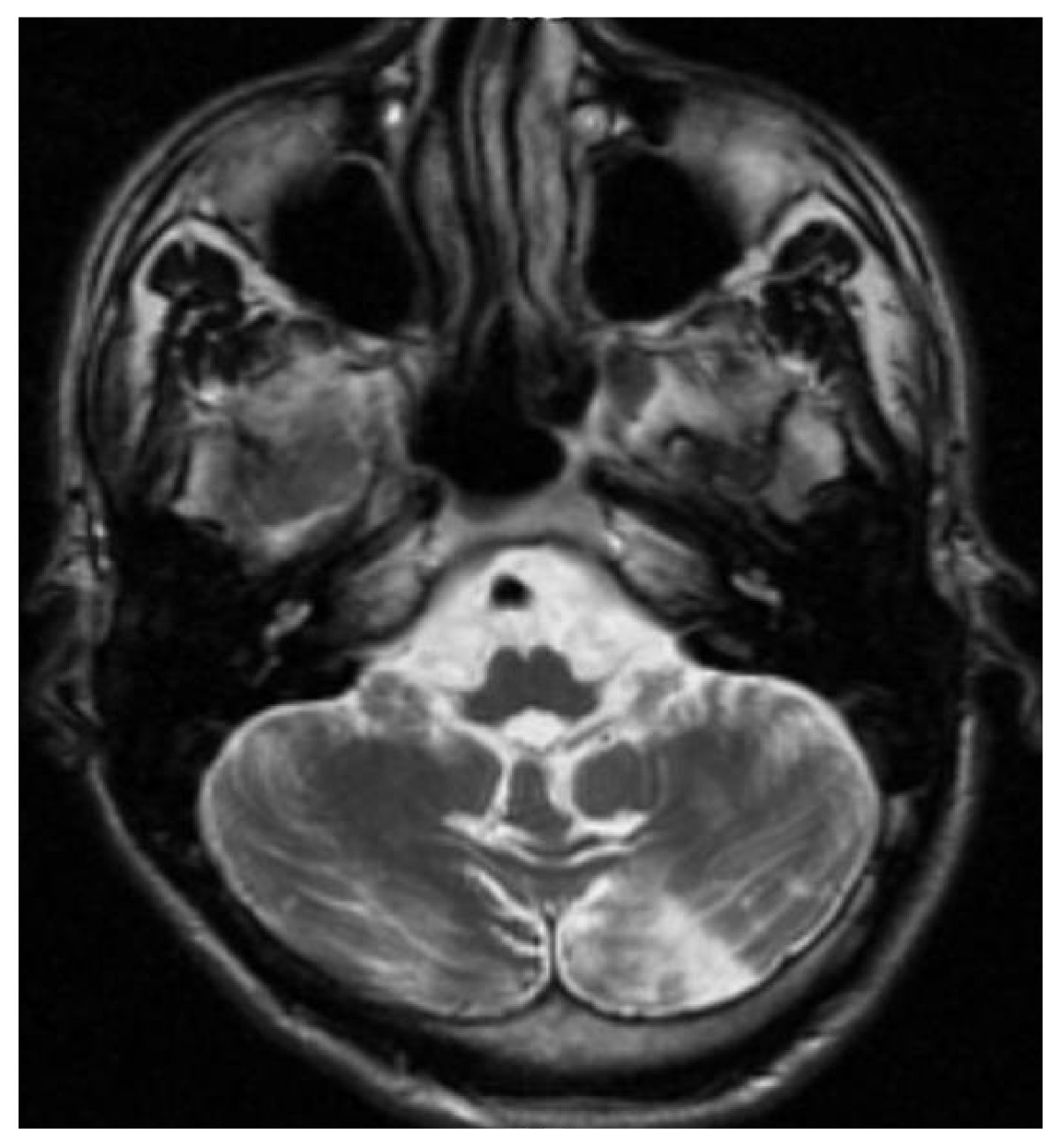 Ischemic stroke results from a sudden cessation of adequate amounts of blood reaching parts of the brain. Ischemic strokes can be divided according to territory affected or mechanism.

Stroke is the second most common cause of morbidity worldwide (after myocardial infarction) and is the leading cause of acquired disability .

An ischemic stroke typically presents with rapid onset neurological deficit, which is determined by the area of the brain that is involved. The symptoms often evolve over hours and may worsen or improve, depending on the fate of the ischemic penumbra.

The vascular territory affected will determine the exact symptoms and clinical behavior of the lesion:

Interruption of blood flow through an intracranial artery leads to deprivation of oxygen and glucose in the supplied vascular territory. This initiates a cascade of events at a cellular level which, if circulation is not re-established in time, will lead to cell death, mostly through liquefactive necrosis.

The mechanism of vessel obstruction is important in addressing therapeutic maneuvers to both attempt to reverse or minimize the effects and to prevent future infarcts.

Global cerebral hypoxia (as is seen in drowning or asphyxiation) is, usually, considered separately.

In many institutions with active stroke services which provide reperfusion therapies a so-called code stroke aimed at expediting diagnosis and treatment of patients will include a non-contrast CT brain, CT perfusion and CT angiography.

Aging ischemic strokes can be important in a number of clinical and medicolegal settings. Both CT and MRI can help in determining when a stroke occurred as imaging features evolve in a reasonably predictable fashion. There is substantial heterogeneity in the terminology denoting time from onset. For the purposes of this article the following definitions are used :

Non-contrast CT of the brain remains the mainstay of imaging in the setting of an acute stroke. It is fast, inexpensive and readily available. Its main limitation, however, is the limited sensitivity in the acute setting. Detection depends on the territory, the experience of the interpreting radiologist and of course the time of the scan from the onset of symptoms. Whether tissue is supplied by end arteries (e.g. lenticulostriate arteries) or has collateral supply (much of the cerebral cortex) will influence how quickly cytotoxic edema develops . For example detection of MCA territory infarct has been shown to be approximately 60-70% in the first 6 hours , although changes in the deep grey matter nuclei (especially lentiform nucleus) can be visible within 1 hour of occlusion in up to 60% of patients .

The goals of CT in the acute setting are:

Non-contrast CT has also been used historically to exclude patients from receiving thrombolysis based on the extent of hypoattenuation at presentation. This criterion has, however, been removed from the 2018 American Heart Association guidelines . Nonetheless, finding large areas of established infarction on acute non-contrast CT continues to play an important role in patient selection and management.

Within the first few hours, a number of signs are visible depending on the site of occlusion and the presence of collateral flow. Early features include:

Visualization of loss of grey-white matter differentiation is aided by the use of a stroke window which has a narrow width and slightly lower center than routine brain window (width = 8, center = 32 HU).

With time the hypoattenuation and swelling become more marked resulting in a significant mass effect. This is a major cause of secondary damage in large infarcts.

As time goes on the swelling starts to subside and small amounts of cortical petechial hemorrhages (not to be confused with hemorrhagic transformation) result in elevation of the attenuation of the cortex. This is known as the CT fogging phenomenon . Imaging a stroke at this time can be misleading as the affected cortex will appear near normal.

CT perfusion has emerged as a critical tool in selecting patients for reperfusion therapy as well as increasing the accurate diagnosis of ischemic stroke among non-expert readers four-fold compared to routine non-contrast CT .

It allows both the core of the infarct (that part destined to never recover regardless of reperfusion) to be identified as well as the surrounding penumbra (the region which although ischemic has yet to go on to infarct and can be potentially salvaged). CT perfusion may also demonstrate early evidence of associated crossed cerebellar diaschisis.

The key to interpretation is understanding a number of perfusion parameters:

Areas which demonstrate matched defects in CBV and MTT represent the unsalvageable infarct core, whereas areas which have prolonged MTT but preserved CBV are considered to be the ischemic penumbra .

These factors will be discussed further separately. See CT perfusion.

Multiphase or delayed CT angiography is showing benefit either replacing CT perfusion or as an additional 4th step in the stroke CT protocol as it guides patient selection for endovascular therapy by assessing collateral blood flow in ischemic and infarct tissue.

MRI is more time consuming and less available than CT but has significantly higher sensitivity and specificity in the diagnosis of acute ischemic infarction in the first few hours after onset.

Within minutes of arterial occlusion, diffusion-weighted imaging demonstrates increased DWI signal and reduced ADC values . This correlates well with infarct core (for a detailed discussion of DWI and ADC in stroke see diffusion-weighted MRI in acute stroke). At this stage, the affected parenchyma appears normal on other sequences, although changes in flow will be detected (occlusion on MRA) and the thromboembolism may be detected (e.g. on SWI). Slow or stagnant flow in vessels may also be detected as a loss of normal flow void and high signal on T2/FLAIR and T1 C+ (intravascular enhancement).

If infarction is incomplete then cortical contrast enhancement may be seen as early as 2 to 4 hours .

Generally, after 6 hours, high T2 signal will be detected, initially more easily seen on FLAIR than conventional fast spin-echo T2 . This change continues to increase over the next day or two.

T1 hypointensity is only seen after 16 hours and persists.

During the first week, the infarcted parenchyma continues to demonstrate high DWI signal and low ADC signal, although by the end of the first week ADC values have started to increase. The infarct remains hyperintense on T2 and FLAIR, with T2 signal progressively increasing during the first 4 days. T1 signal remains low, although some cortical intrinsic high T1 signal may be seen as early as 3 days after infarction . After day 5 the cortex usually demonstrates contrast enhancement on T1 C+ . Less common patterns of enhancement include arterial enhancement, encountered in approximately half of strokes and becomes evident after 3 days, and meningeal enhancement which is uncommon and is usually seen between 2 and 6 days .

Hemorrhage, most easily seen on susceptibility-weighted imaging (SWI), is not a good indicator of age. Although most commonly seen after 12 hours and within the first few days, it may occur earlier or as late as 5 days .

T1 signal remains low with intrinsic high T1 in the cortex if cortical necrosis is present . T2 signal is high. Cortical contrast enhancement usually persists for 2 to 4 months . Importantly if parenchymal enhancement persists for more than 12 weeks the presence of an underlying lesion should be considered .

ADC values are high. DWI signal is variable, but as time goes on signal progressively decreases.

Often described as an emerging application of point-of-care ultrasonography, the use of transcranial Doppler (TCD) sonography has been utilized for the diagnosis of intracranial vessel occlusion, as well as the differentiation between ischemic and hemorrhagic stroke .

In the context of a CT negative for intracerebral hemorrhage and a clinically suspicious patient presentation, diagnostic criteria for occlusion of an isolated vessel are as follows ;

Sonographic monitoring of the complications of ischemic stroke is also possible, including the detection of;

In the past treatment for ischemic stroke was supportive, and the earliest improvements in patient outcome were in dedicated stroke unit care and attempt at preventing the numerous complications which are encountered by patients with neurological impairment (e.g. aspiration pneumonia, pressure ulcers, etc.).

Neurosurgical intervention can also allow patients to survive the period of maximal swelling by performing decompressive craniectomies (with or without duroplasty).

More recently various reperfusion therapies have been developed including:

Regardless of the therapy, early presentation and triage are essential if any outcome gains are to be had.