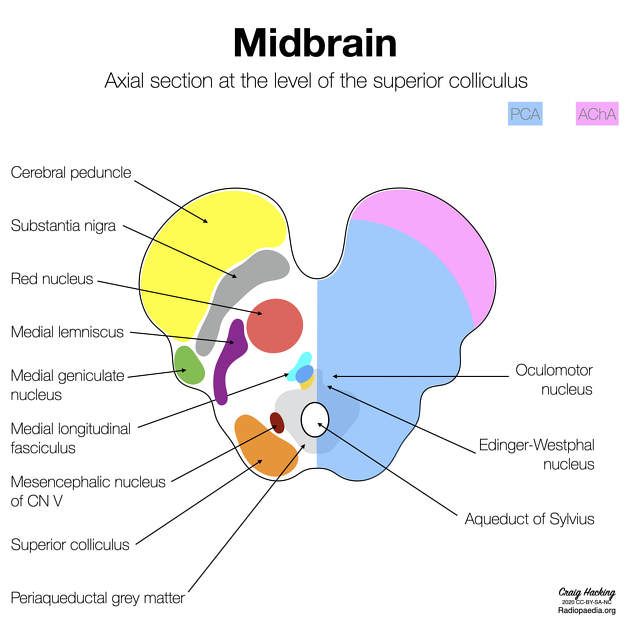 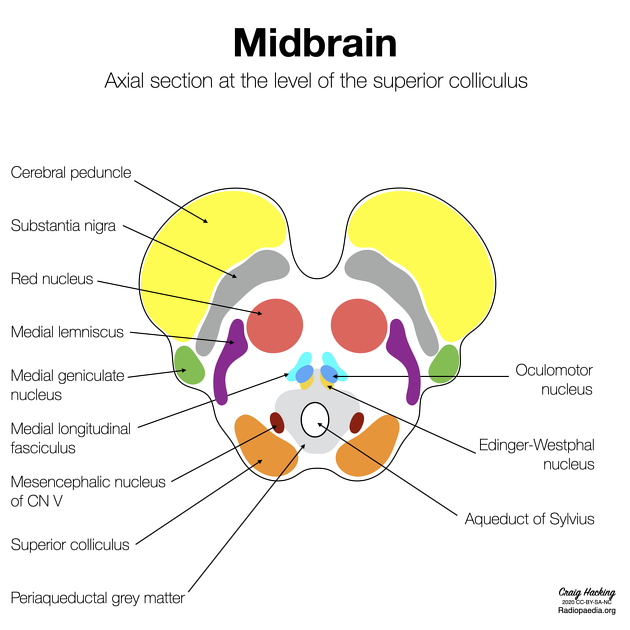 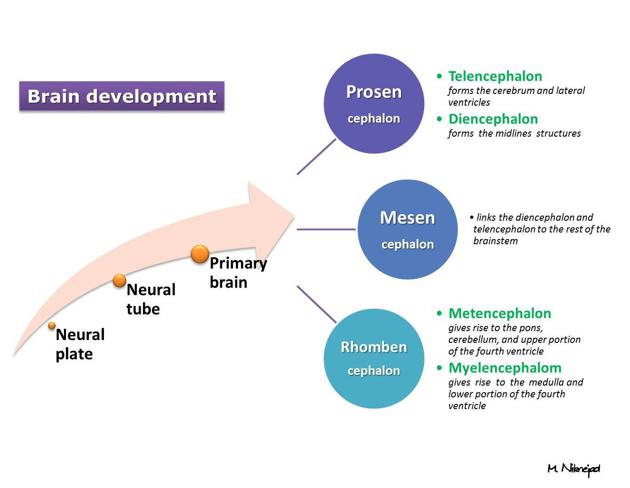 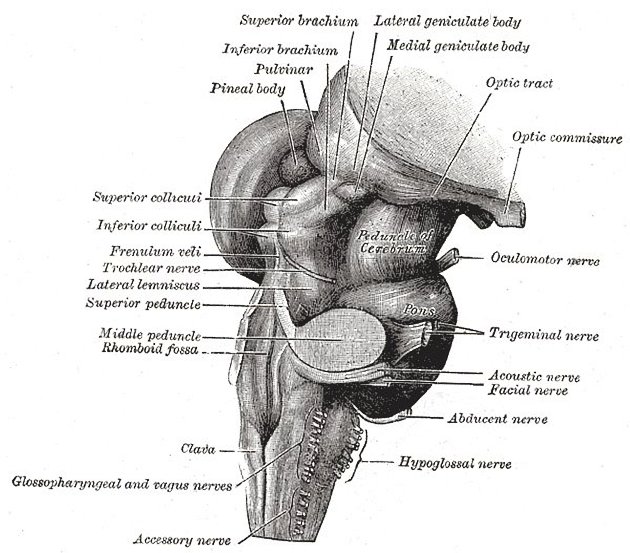 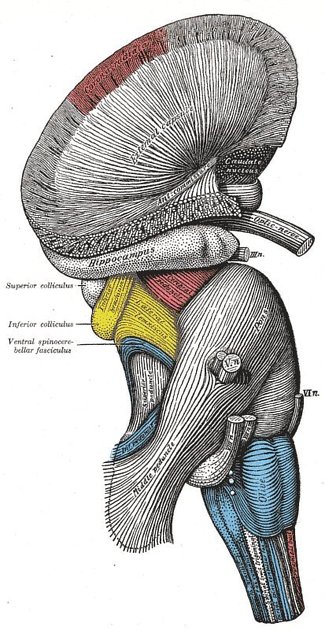 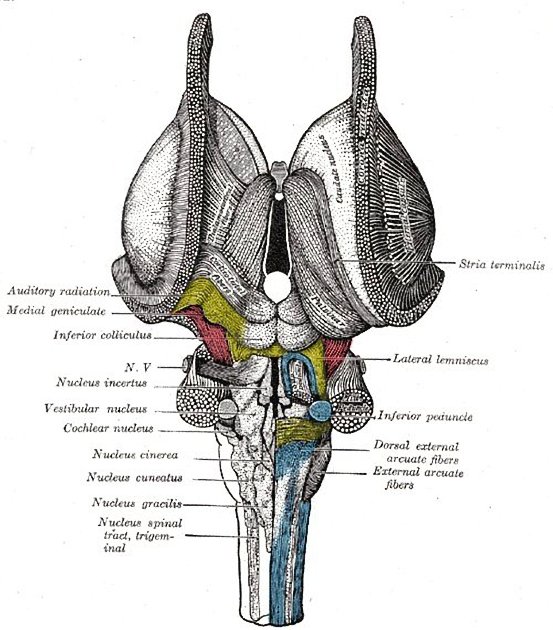 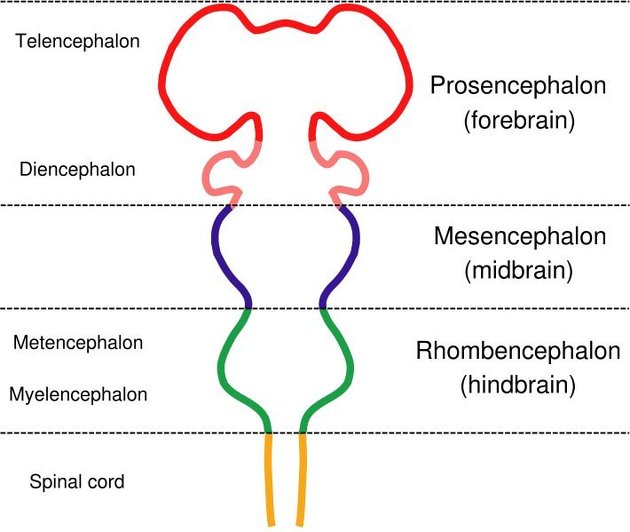 The midbrain, or mesencephalon (plural: mesencephala or mesencephalons), is the most rostral part of the brainstem and sits above the pons and is adjoined rostrally to the thalamus. During development, the midbrain forms from the middle of three vesicles that arise from the neural tube.

When viewed in cross-section, the midbrain can be divided into three portions:

Sitting posteriorly, the tectum is composed of the tectal (quadrigeminal) plate and superior and inferior colliculi. The tectum is unique to the midbrain and does not have a counterpart in the rest of the brainstem.

The tegmentum (Latin for "covering") is the phylogenetically-old part of the brainstem and runs through the pons and medulla oblongata. In the adult brain, it contains all the brainstem nuclei.

Anterior to the tegmentum are the cerebral peduncles which are composed of the large ascending and descending tracts that run to and from the cerebrum.

The midbrain is supplied by the vertebrobasilar circulation, from small penetrating branches of the: