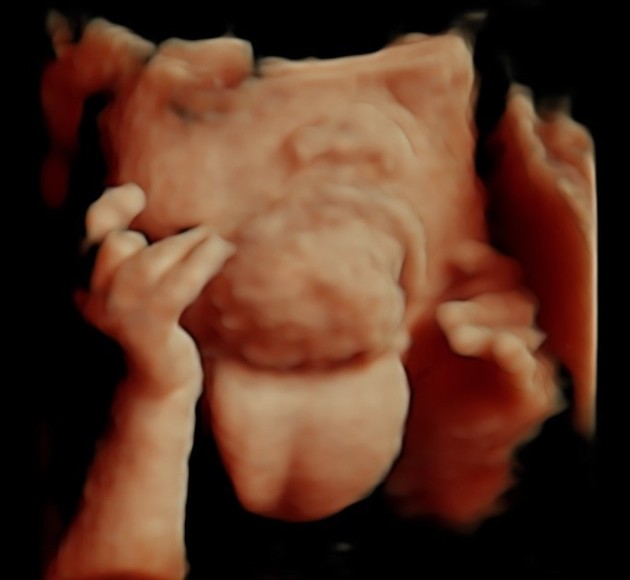 Epignathus is a term given to a very rare form of teratoid tumor that arises from the oropharyngeal region.

The tumor classically presents in utero or in the neonatal period. In extreme rare occasions, it may present in young children .

It is often classified under the broader umbrella of cervical teratomas. The tumors are not often consistent in origin, number, and differentiation of tissues. They usually have components from all three germ layers and can contain fat, cartilage and bone.

The tumor typically arises from the palato-pharyngeal region around the basisphenoid (Rathke's pouch) and with progressive growth fills the buccal cavity and finally protrudes out of the mouth.

Usually seen as a complex mass protruding from the fetal oral cavity (often with mixed echogenecity ). Accompanying polyhydramnios may be present when there is swallowing impairment.

Useful for better delineation of anatomy.

The prognosis is generally poor (often as a result of its location) and part of the high mortality rate is caused by severe airway obstruction in the neonatal period. The tumor may also demonstrate rapid growth. An EXIT procedure can be offered in selected cases .

In general consider other tumors from the oropharyngeal region:

For small lesions on a sagittal ultrasound scan also consider: