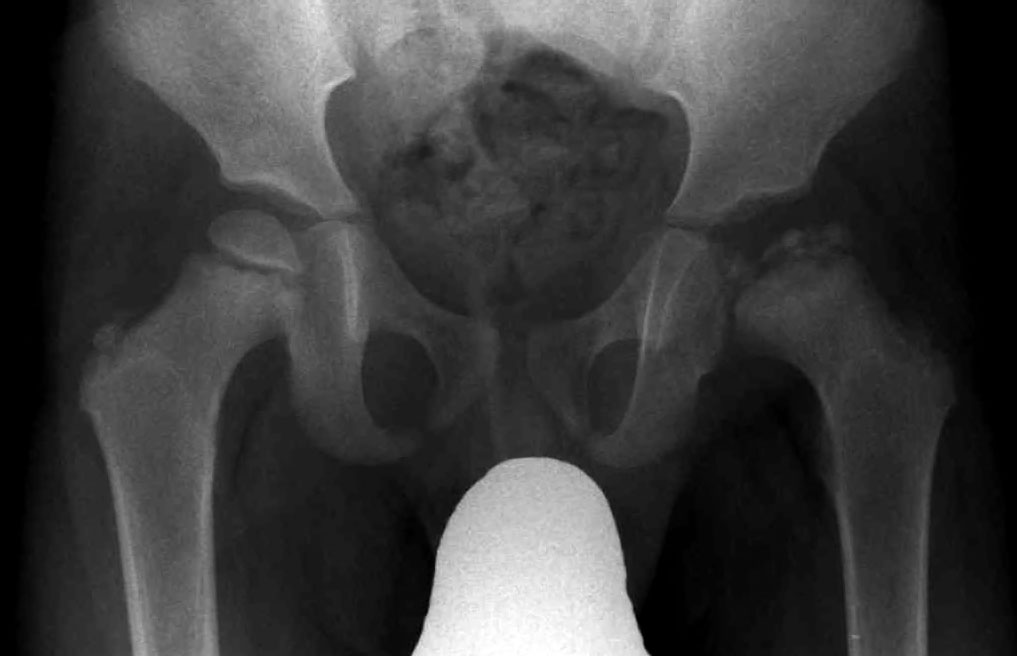 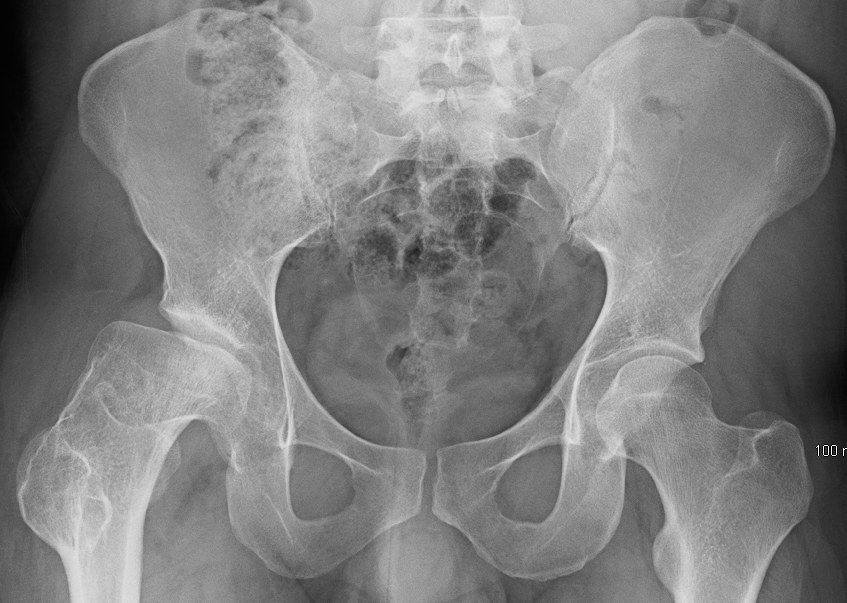 Perthes disease, also known as Legg-Calvé-Perthes disease, refers to idiopathic osteonecrosis of the femoral epiphysis seen in children. It should not be confused with Perthes lesion of the shoulder.

It is a diagnosis of exclusion and other causes of osteonecrosis (including sickle cell disease, leukemia, corticosteroid administration, Gaucher disease) must be ruled out .

Perthes disease is relatively uncommon and in Western populations has an incidence approaching 5 to 15:100,000.

Boys are five times more likely to be affected than girls. Presentation is typically at a younger age than slipped upper femoral epiphysis (SUFE) with peak presentation at 5-6 years, but confidence intervals are as wide as 2-14 years .

Perthes is considered an idiopathic condition, and there are no clear predisposing factors.

Most children present with atraumatic hip pain or limp . Some children have a coincidental history of trauma. This may precipitate the presentation or the realization of symptoms that in fact had been long-standing.

Blood tests are typically normal in Perthes. It is important to be certain that there is no other cause of osteonecrosis (e.g. sickle cell disease) during the workup.

The specific cause of osteonecrosis in Perthes disease is unclear.

Osteonecrosis generally occurs secondary to the abnormal or damaged blood supply to the femoral epiphysis, leading to fragmentation, bone loss, and eventual structural collapse of the femoral head. In approximately 15% of cases, osteonecrosis occurs bilaterally.

The best initial test for the diagnosis of Perthes is a pelvic radiograph. In a small number of patients with Perthes, the radiograph will be normal and persistent symptoms will trigger further imaging, e.g. MRI.

The investigation of atraumatic limp will often include a hip ultrasound to look for effusion, but ultrasound is unlikely to pick up osteonecrosis.

The radiographic findings are those of osteonecrosis. There are separate systems for staging of Perthes disease:

The radiographic changes to the femoral epiphyses depend on the severity of osteonecrosis and the amount of time that there has been an alteration of blood supply:

As changes progress, the width of the femoral neck increases (coxa magna) in order to increase weight-bearing support.

Eventually, the femoral head begins to fragment (stage 2), with subchondral lucency (crescent sign) and redistribution of weight-bearing stresses leading to thickening of some trabeculae which become more prominent.

The typical findings of advanced burnt out (stage 4) Perthes disease are:

Additionally, tongues of cartilage sometimes extend inferolaterally into the femoral neck, creating lucencies, which must be distinguished from infection or neoplastic lesions . The presence of metaphyseal involvement not only increases the likelihood of femoral neck deformity but also makes early physeal closure with resulting leg length disparity more likely.

Traditionally arthrography performed under general anesthesia with conventional fluoroscopy is performed to assess congruence between the femoral head and the acetabulum in a variety of positions . MRI is increasingly replacing this, in an effort to eliminate pelvic irradiation.

MRI is gaining an increasing role in a number of scenarios:

The younger the age at the time of presentation, the more benign disease course is expected, and also for the same age, the prognosis is better in boys than girls due to less maturity . Conservative treatment is favorable in children with a skeletal age of 6 years or less at time of disease onset .

Prognosis is also influenced by the percentage of femoral head involvement and degree of primary deformity of the femoral head and the secondary osteoarthritic changes that ensue. Children with over 50% of femoral head necrosis at time of diagnosis should be considered for operative management . The aim of therapy is to try and maintain good femoroacetabular contact and a round femoral head.

Bracing may be used in milder cases, although femoral neck and acetabular osteotomies may be required to correct more severe abnormal femoroacetabular malalignment.

In later life, hip replacements may be necessary .

The condition was first described in 1897 by Maydl, with Legg, Calvé, and Perthes popularizing it in 1910 in separate publications: