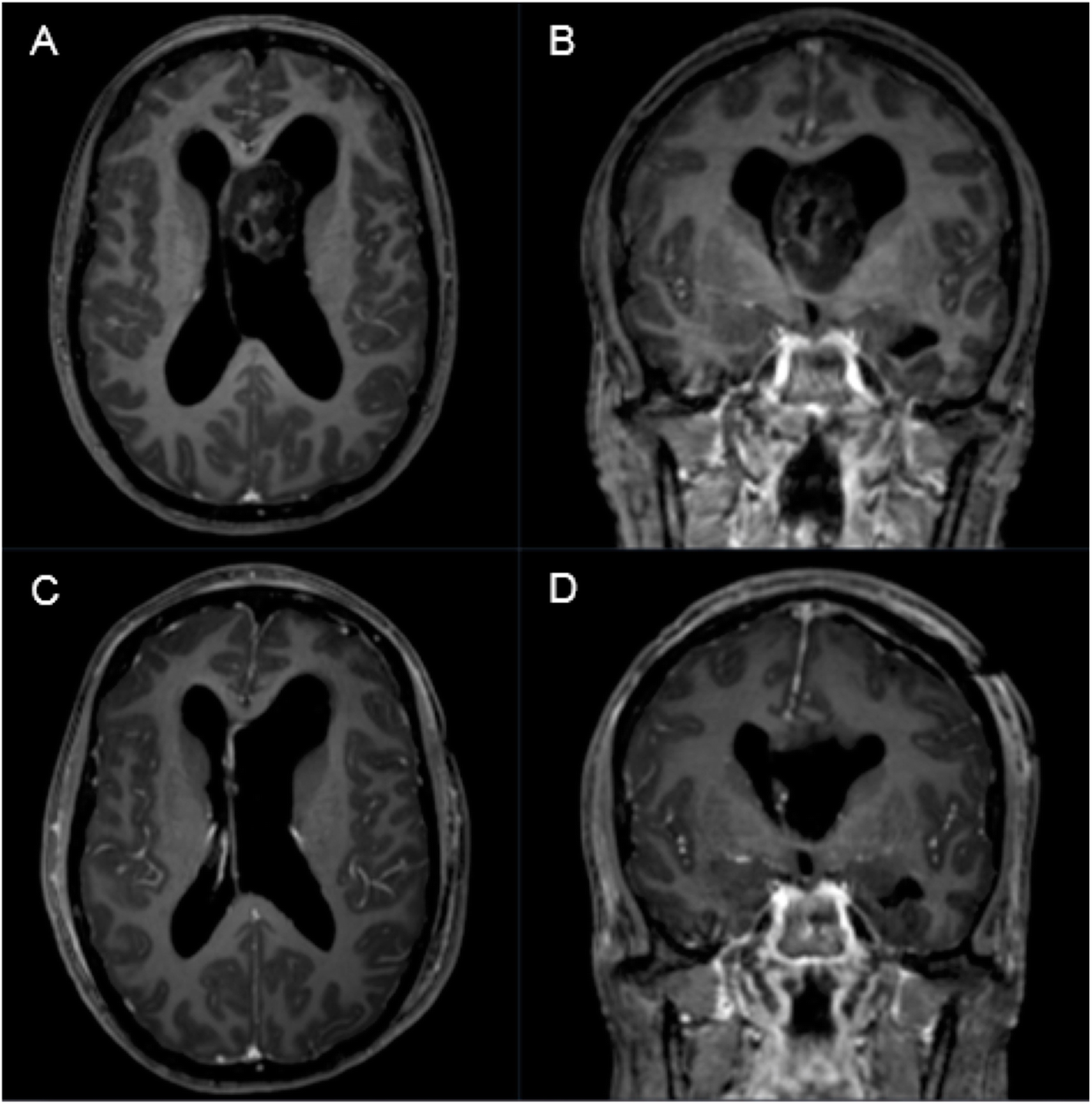 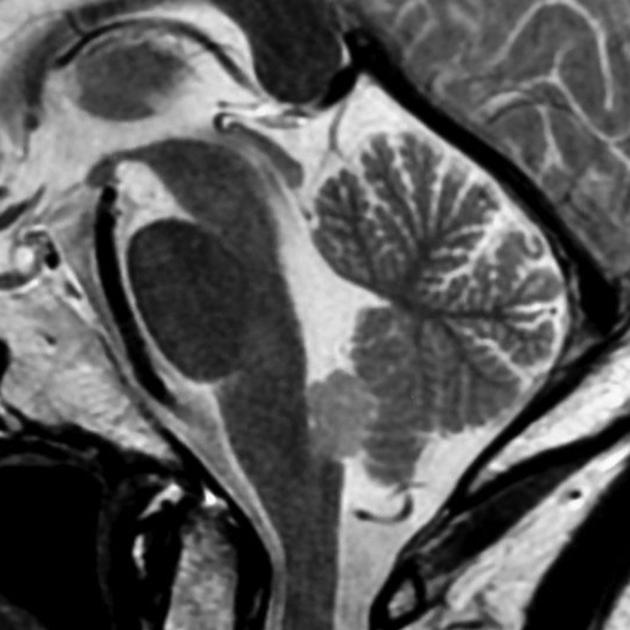 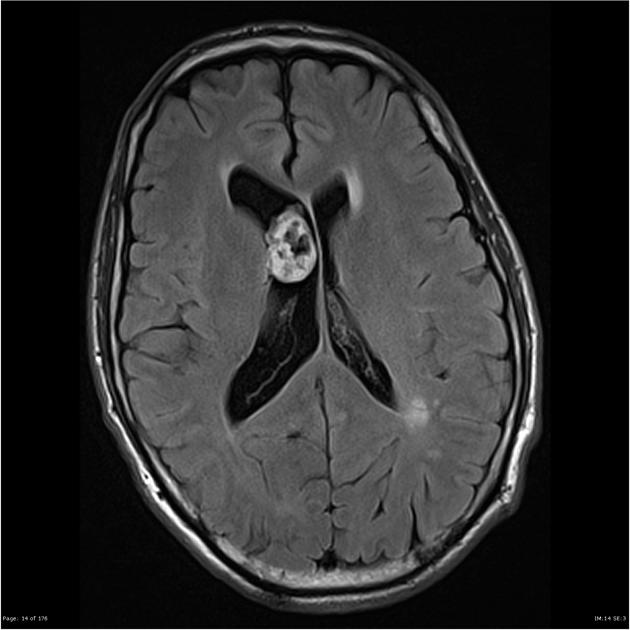 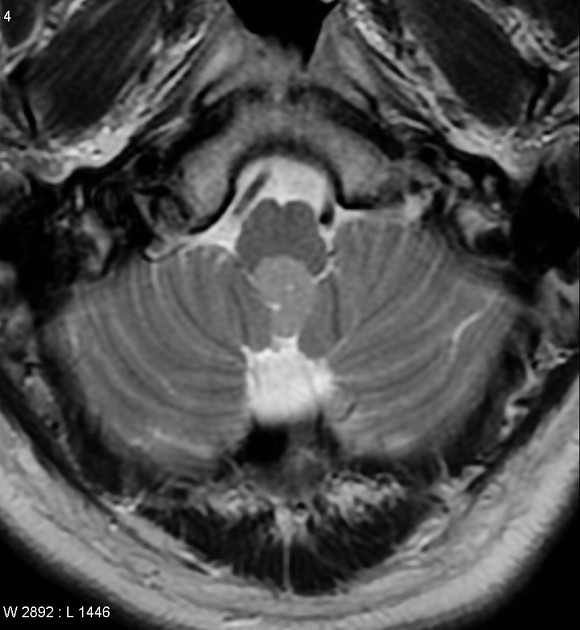 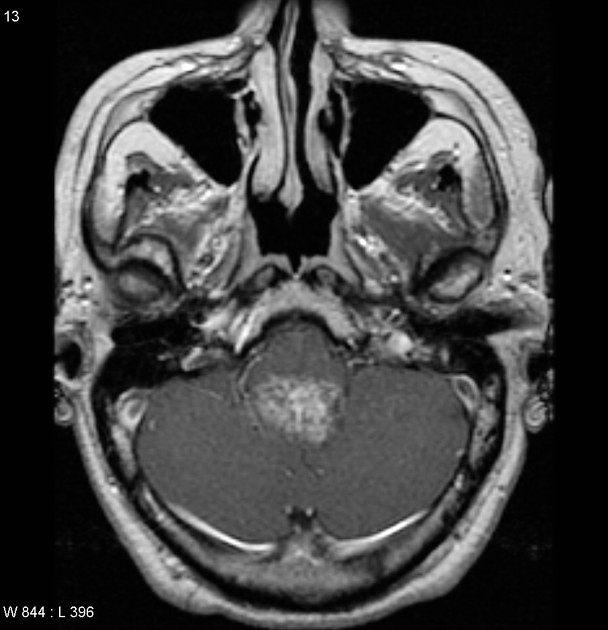 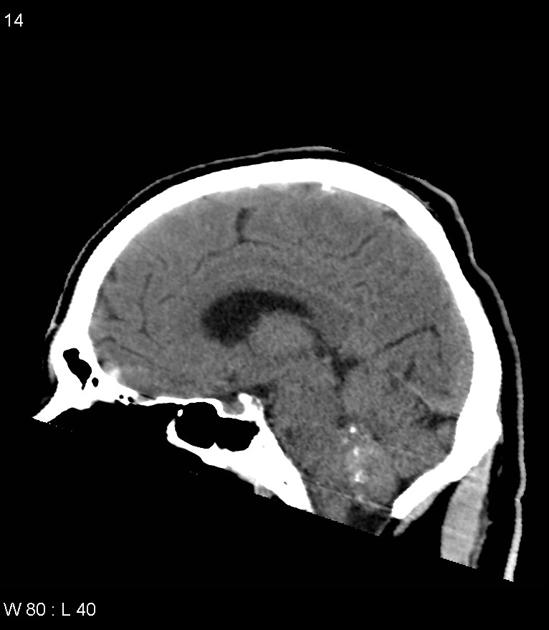 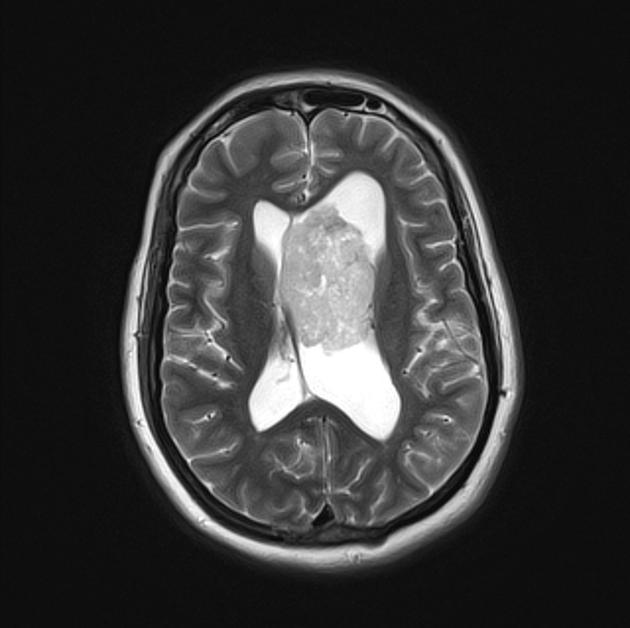 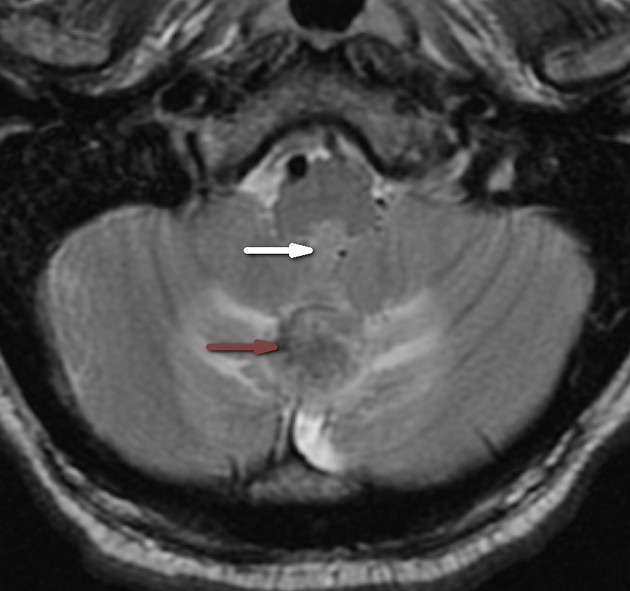 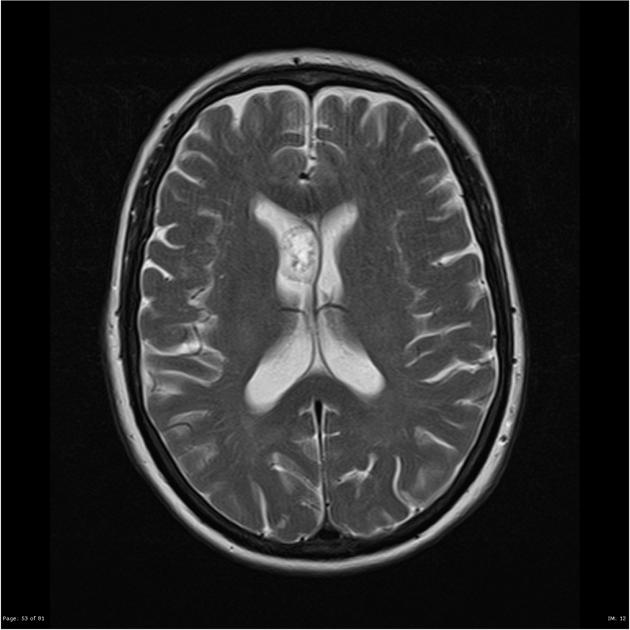 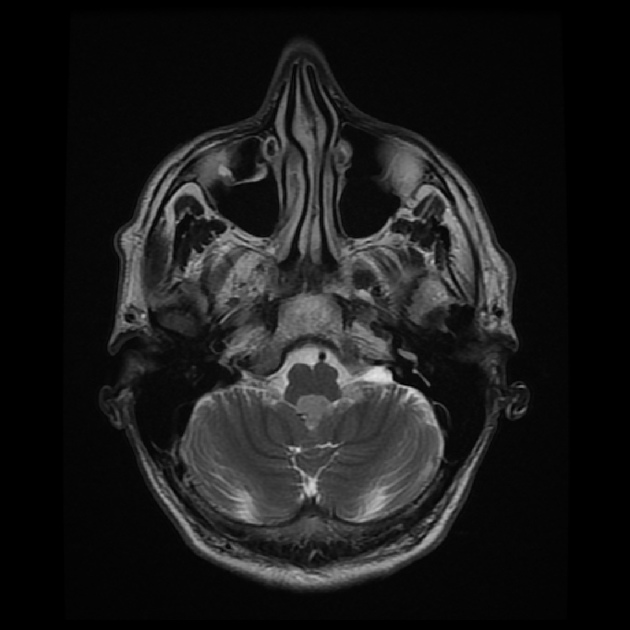 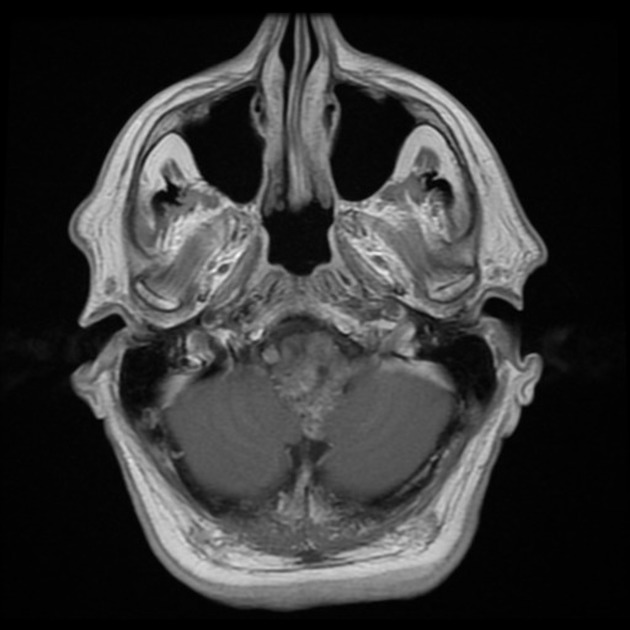 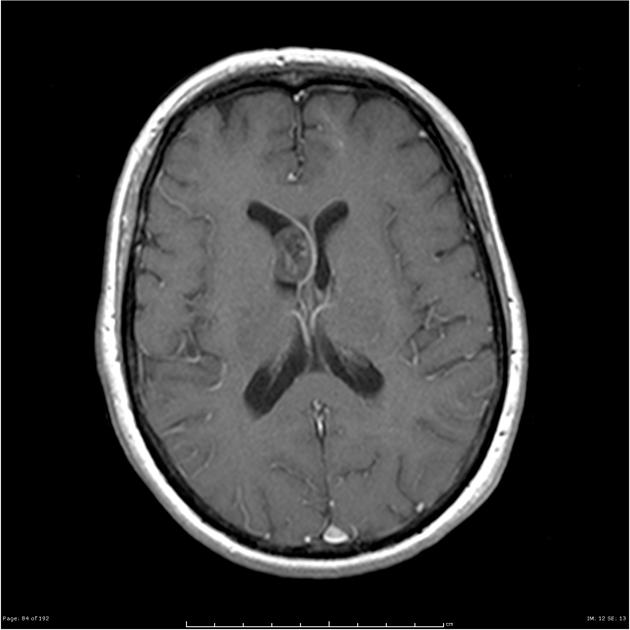 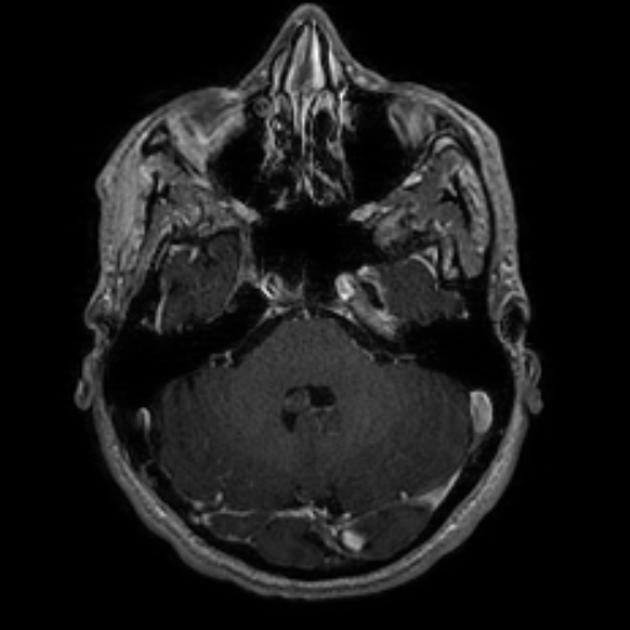 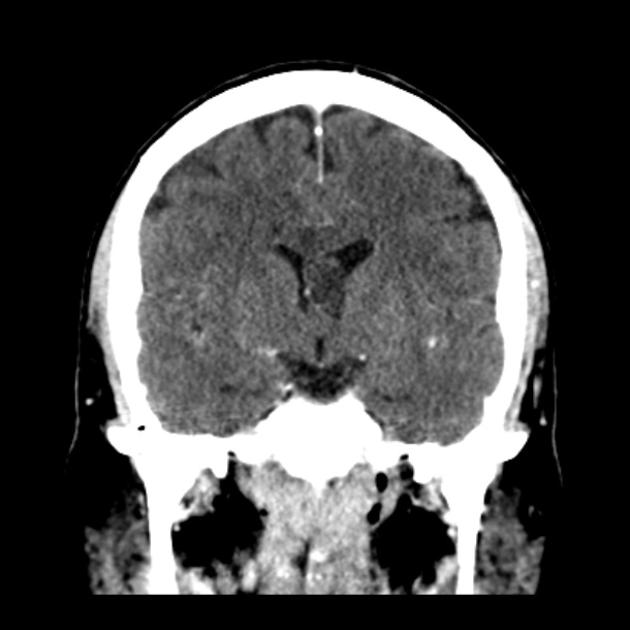 Subependymomas are uncommon, benign (WHO grade I) tumors which are slow growing and non-invasive. They tend to occur in middle-aged and older individuals and usually identified as an incidental finding.

These tumors were previously also known as subependymal astrocytomas, not to be confused with subependymal giant cell astrocytomas, which are both seen in association with tuberous sclerosis. They are also considered by some to be variants of ependymomas, with which they may co-exist (see below).

Subependymomas tend to present in middle-aged to older individuals (typically 5 to 6decades ). There is a slight male predilection (M:F 2.3:1) . Rarely there is a genetic predisposition for these tumors .

Typically patients are asymptomatic and small lesions are discovered incidentally. In some cases, especially when the tumors are larger, presentation is with symptoms of raised intracranial pressure due to obstructive hydrocephalus.

Subependymomas are sharply demarcated nodules, usually no more than 2 cm in diameter, arising from the ependyma by a narrow pedicle . Size is the most important distinguishing feature compared to subependymal giant cell astrocytoma.

The histopathology of subependymomas is distinct comprising of a tumor arising from the subependymal glial layer with low cellularity and no high-grade features (no mitoses, Ki-67/MIBI index <1.5%, no necrosis). These lesions are hypovascular. Loose perivascular pseudorosettes are occasionally seen. They are WHO grade I lesions (see WHO classification of CNS tumors) .

Occasionally foci of cellular ependymoma are seen, although the effect on clinical behavior is unclear . They are graded according to the ependymoma component and not surprisingly behave similarly to the higher grade (ependymoma) component .

Subependymomas are most commonly seen in the fourth ventricle, but can arise anywhere where there is ependyma. They are therefore in the differential for other intraventricular masses. Distribution in the ventricular system is as follows :

They are usually small, typically less than 1-2 cm in size, which is the most significant feature distinguishing them from subependymal giant cell astrocytoma  .

Isodense to somewhat hypodense intraventricular mass compared to adjacent brain, which does not usually enhance. If large it may have cystic or even calcific components (seen in up to half of cases ). Surrounding vasogenic edema is usually absent.

As expected from the histology, subependymomas show no or little vascularity .

If appearances are characteristic and the patient is asymptomatic, then follow up is a viable option.

Resection should be considered if the patient is symptomatic (hydrocephalus or mass effect), the mass has an atypical appearance or demonstrates growth. Local resection is curative and even debulking has an excellent outcome .

General imaging differential considerations include other intraventricular neoplasms and lesions. A few specific lesions to consider include: