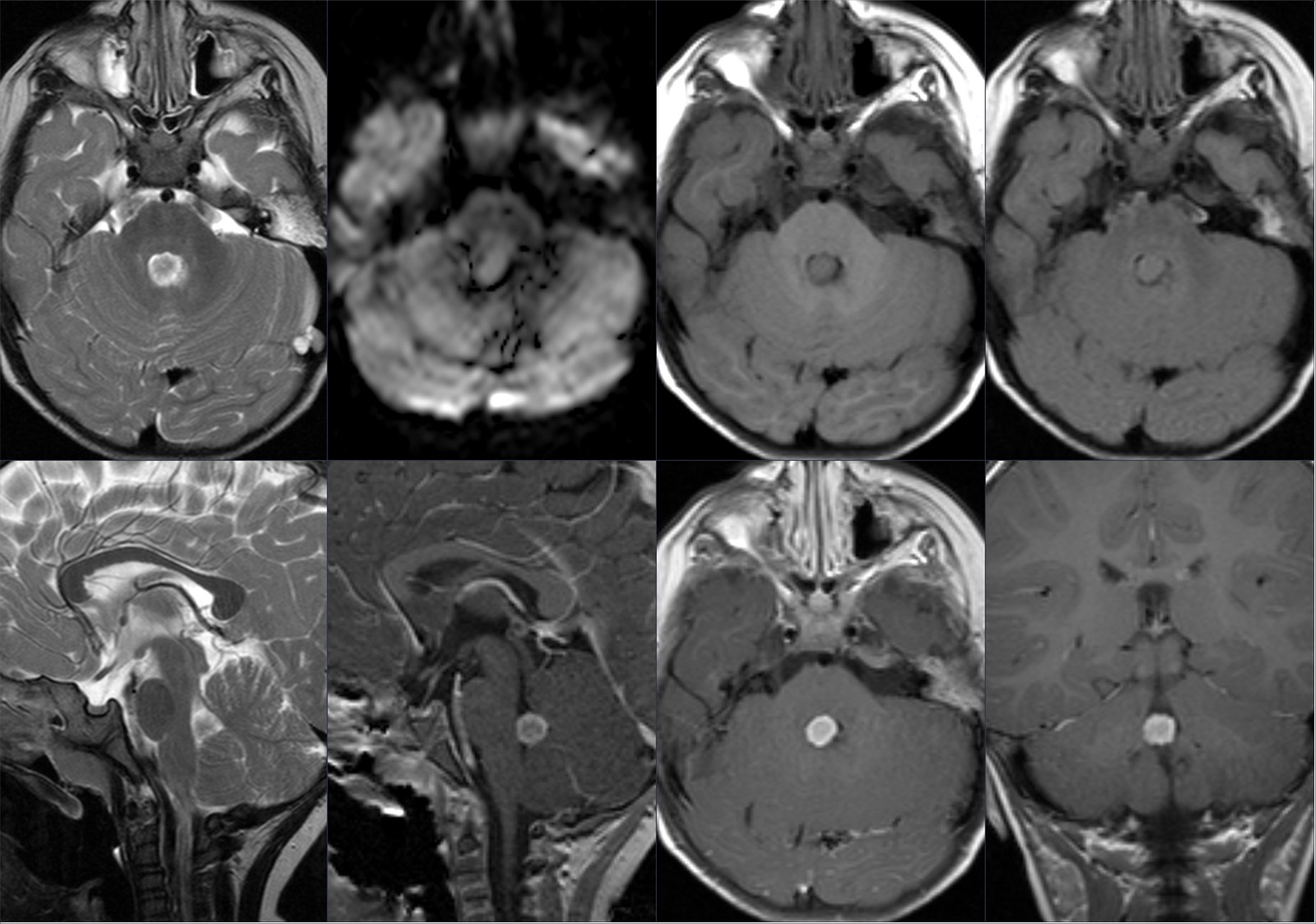 Choroid plexus papillomas are an uncommon, benign (WHO grade I) neuroepithelial intraventricular tumor, which can occur in both the pediatric (more common) and adult population.

On imaging, these tumors are usually identified in the fourth ventricle in adults and in the lateral ventricles in the pediatric population. They commonly present as a solid vascular tumor with a vivid frond-like enhancement pattern. In a quarter of cases, speckled calcifications are present.

Hydrocephalus is very common, seen in over 80% of cases . Although the exact mechanism remains uncertain, it is believed to be due to a combination of CSF overproduction and decreased arachnoid granulation resorption.

An association with Aicardi syndrome and von Hippel-Lindau disease (as well as the more frequently associated hemangioblastoma) is recognized.

These tumors demonstrate papillary structures with a delicate fibrovascular core lined by columnar or cuboidal epithelial cells with vesicular basal nuclei. Their appearance is very similar to normal choroid plexus .

Unlike most other brain tumors, which are more common in the posterior fossa in children and supratentorial compartment in adults, the relationship is reversed for choroid plexus papillomas:

The tumors are usually well-defined lobulated masses, either iso- or somewhat hyperdense compared to the adjacent brain. There is associated hydrocephalus. They usually homogeneously enhance, demonstrating an irregular frond-like pattern, resulting in a cauliflower-like appearance. If there is markedly heterogeneous contrast enhancement, a choroid plexus carcinoma should be suspected .

Fine, speckled calcification is seen within the tumor in approximately 25% of cases .

The frond-like morphology of the tumor can usually be seen, especially following contrast administration. Varying degrees of associated hydrocephalus are also present in almost all cases.

Being very vascular tumors, these masses demonstrate intense vascular blush on angiography. Enlarged choroidal arteries may be seen feeding the tumor, with shunting .

Total excision should be the aim of therapy and is curative in a vast majority of cases. Overall, there is 90% 1-year-survival, and 77% 5-year-survival .

The differential is essentially that of other choroid plexus tumors:

When located in the posterior fossa in children (less common) other tumors to be considered include:

In adults, and depending on location, consider: