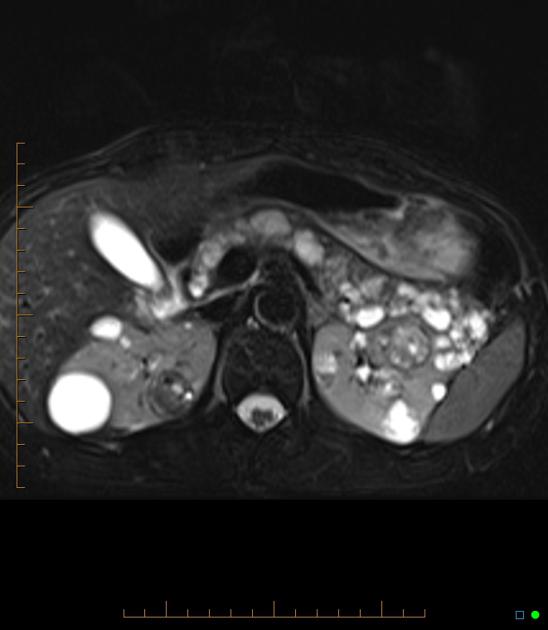 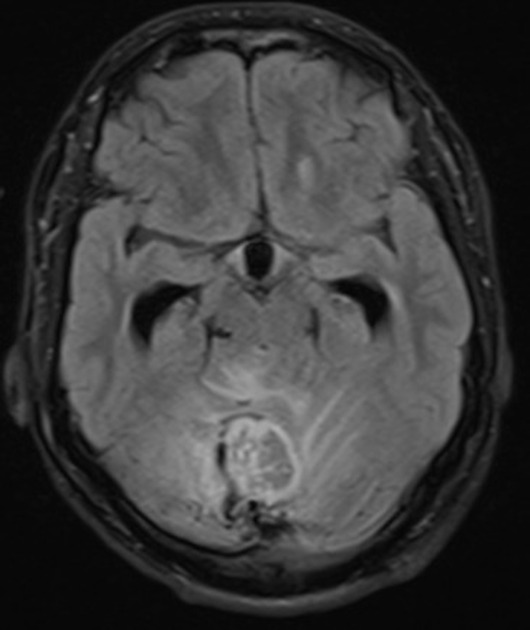 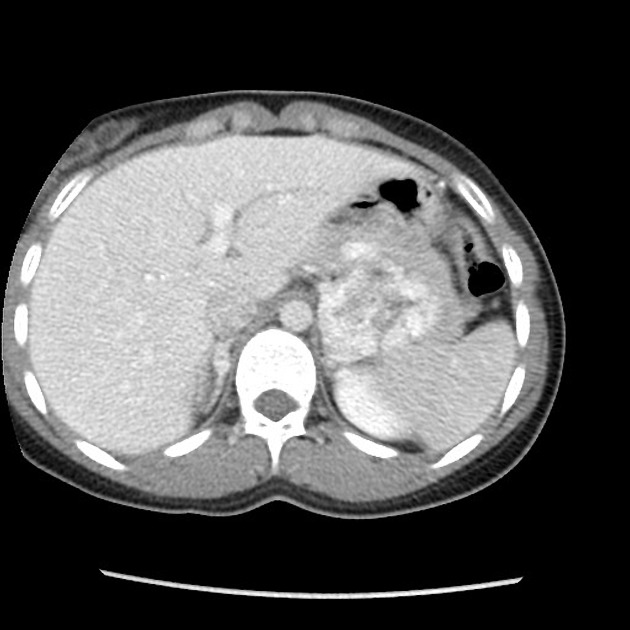 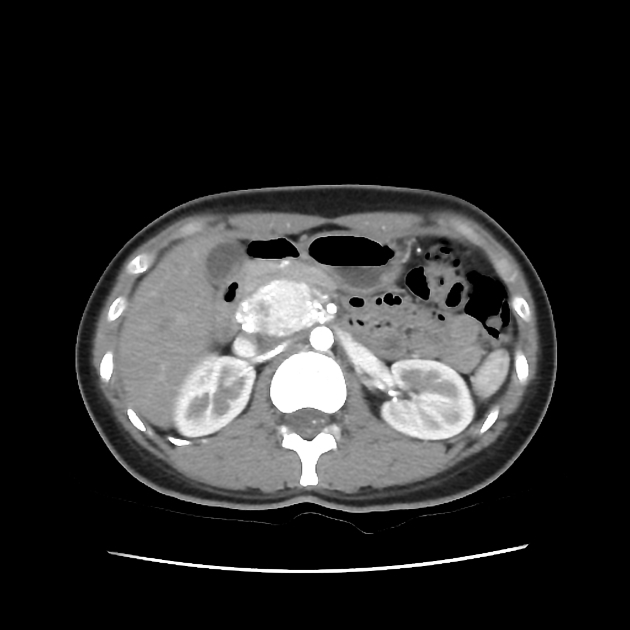 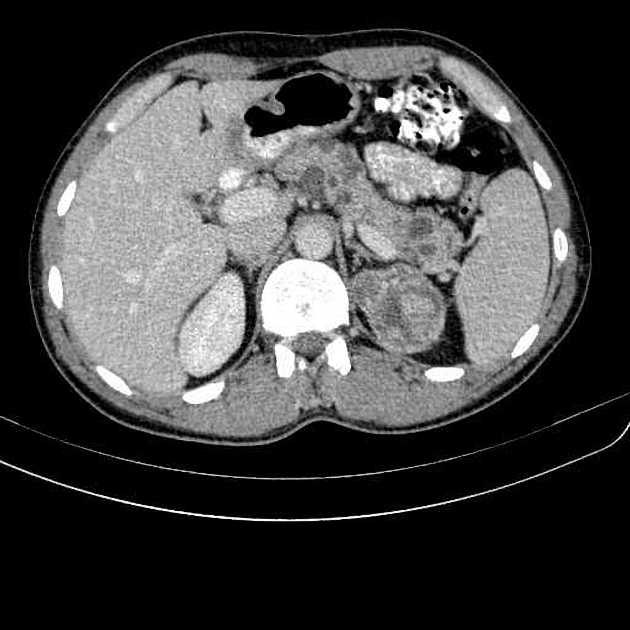 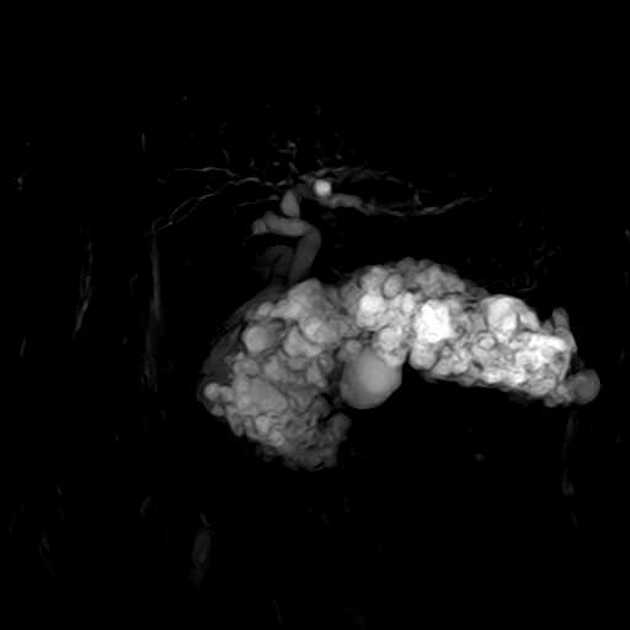 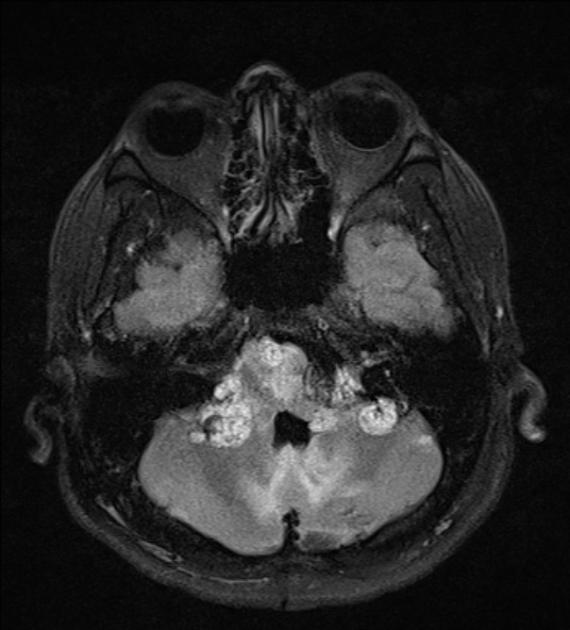 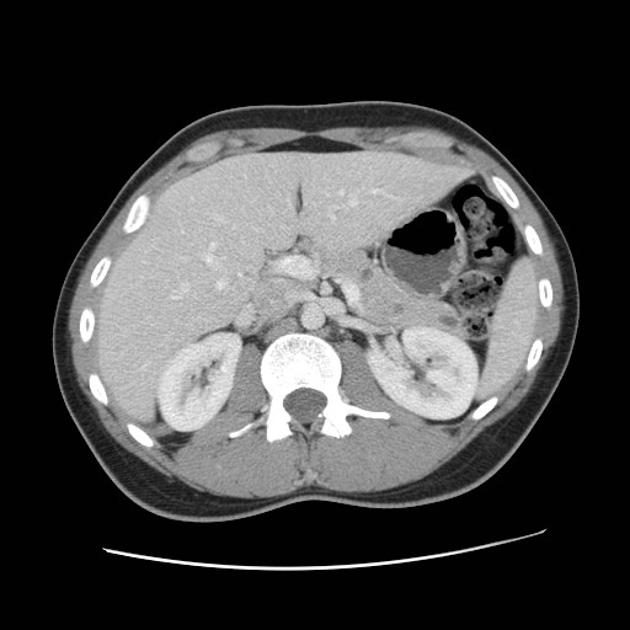 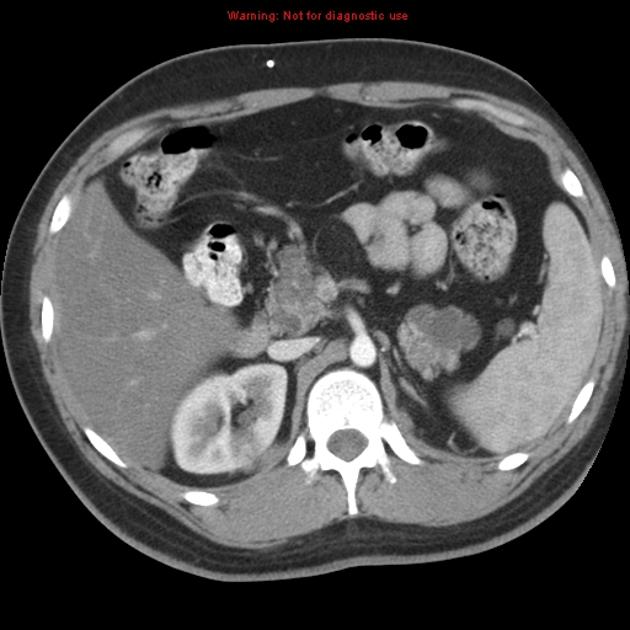 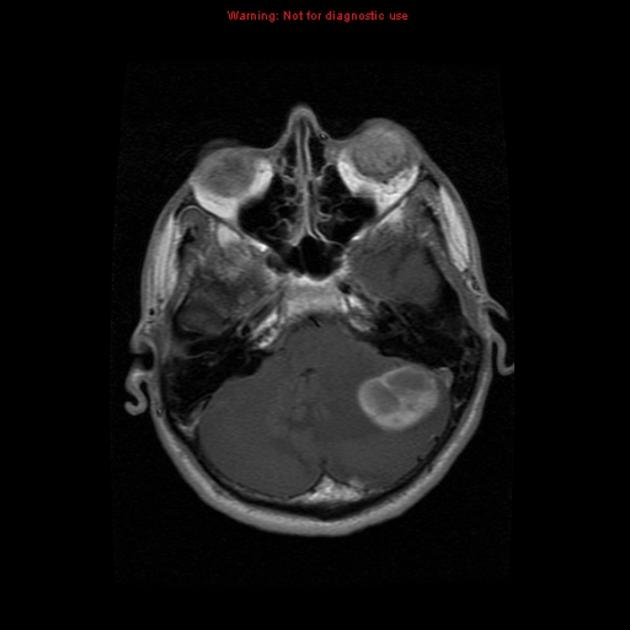 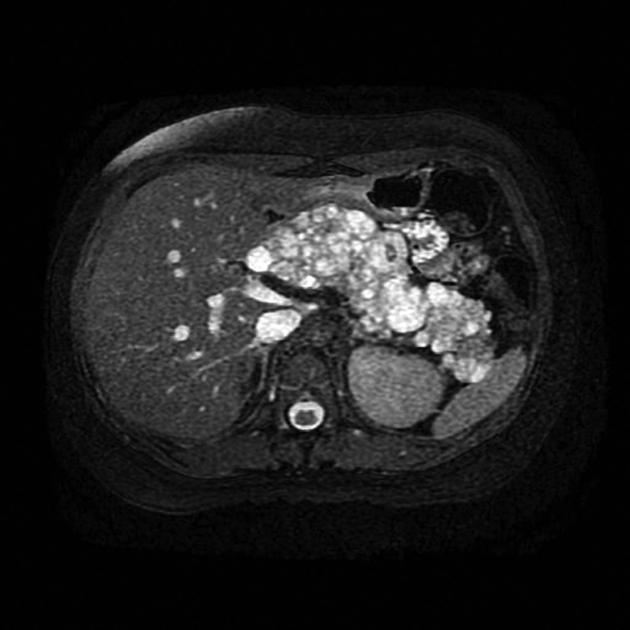 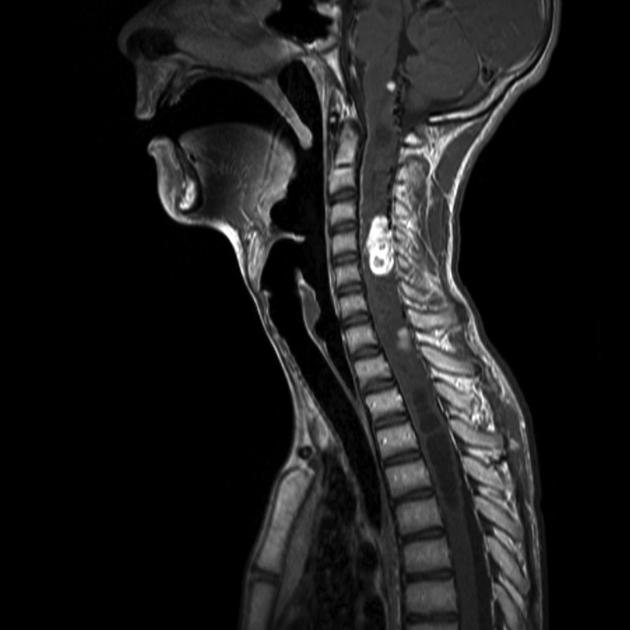 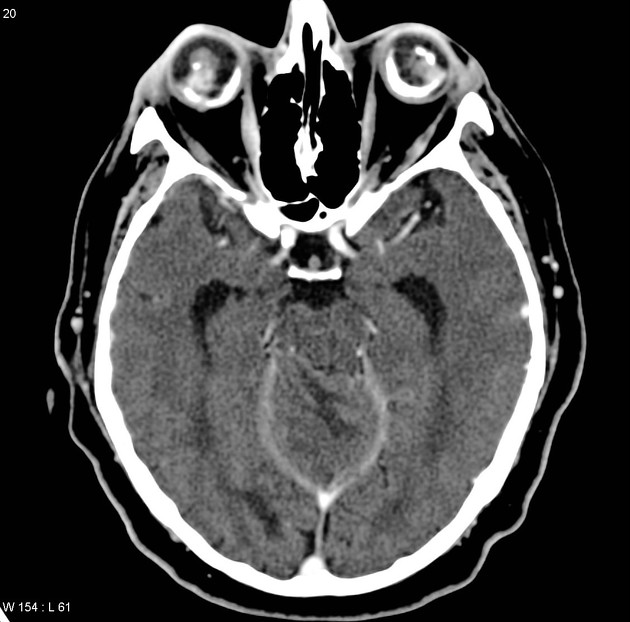 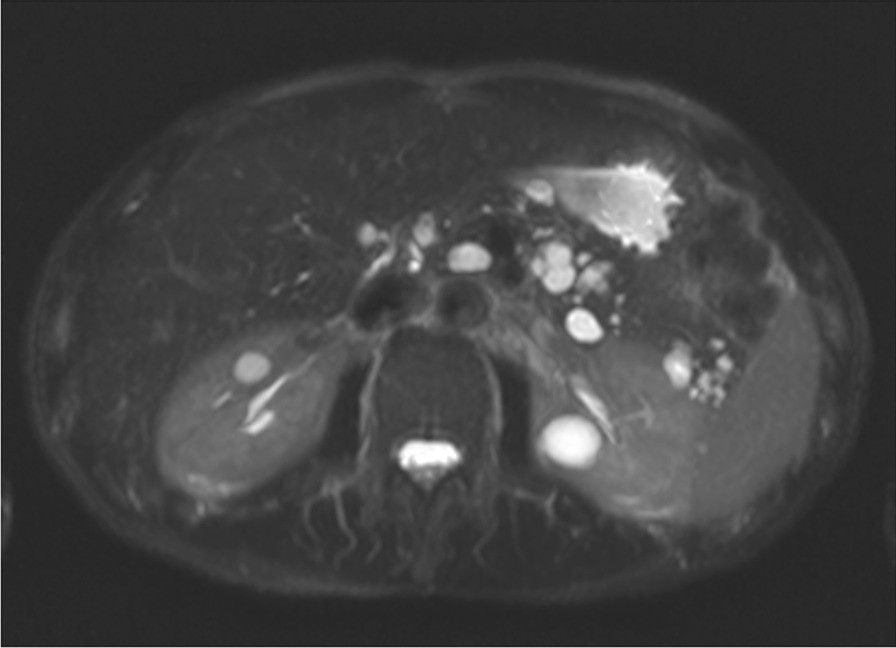 Hemangioblastoma
of cerebellum
Wikipedia • CC BY 2.5 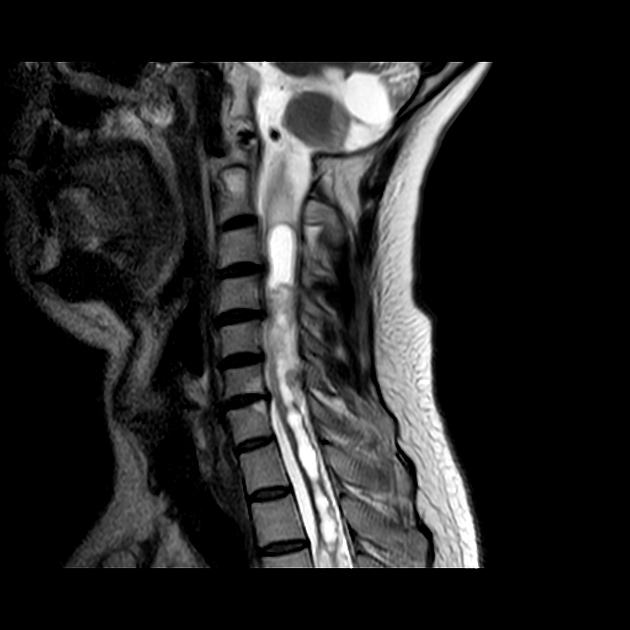 Contrast
enhanced MRI of the conus medullaris and cauda equina of patient with VHL depicts a hemangioblastoma of the conus with extension into the nerve roots. In this location, this lesion could be mistaken for an ependymoma.
Wikipedia • Public domain
Hallo!
Radiopaedia • CC-by-nc-sa 3.0 • de

Von Hippel-Lindau (vHL) disease is characterized by the development of numerous benign and malignant tumors in different organs (at least 40 types ) due to mutations in the VHL tumor suppressor gene on chromosome 3.

The disease is rare with an estimated prevalence of 1:35,000-50,000. Most patients are diagnosed with their first tumor in early adulthood (mean age at diagnosis of initial tumor is 26) .

Clinical presentation is varied, depending on the site of disease manifestation (see below). Most commonly these are either within the abdominal cavity or affect the central nervous system.

Patients may develop some or all of the various lesions which include:

A mnemonic to help remember the features of vHL is: HIPPEL.

The disease carries an autosomal dominant inheritance with high expression and penetrance - ~80% of cases occur via this pathway with ~20% arising de novo . It results from the inactivation of VHL, a tumor suppressor gene located on chromosome 3p25.5. However, no mutation is identified in up to 30% of cases.

VHL can be classified according to clinical phenotypes, and the classification correlates with particular genotypes :

Most lesions from vHL are treatable and surveillance is recommended with various regional guidelines . Some experts advocate routine screening starting in adolescence. Prognosis is poor, with a median survival of ~50 years, with the most common cause of death being RCC and cerebellar hemangioblastomas .

Eugen von Hippel (1867-1939) was a German ophthalmologist who had described a rare disorder of the retina in 1904 and seven years later reported the basis of this disease, named as "angiomatosis of the retina".

Arvid Vilhelm Lindau (1892-1958) was a Swedish pathologist and bacteriologist who described the association between angiomatosis of the retina and hemangioblastomas of the cerebellum and other parts of the CNS and other visceral components of a disease, calling it "angiomatosis of the central nervous system".

In 1964 the disease was renamed Von Hippel-Lindau disease.