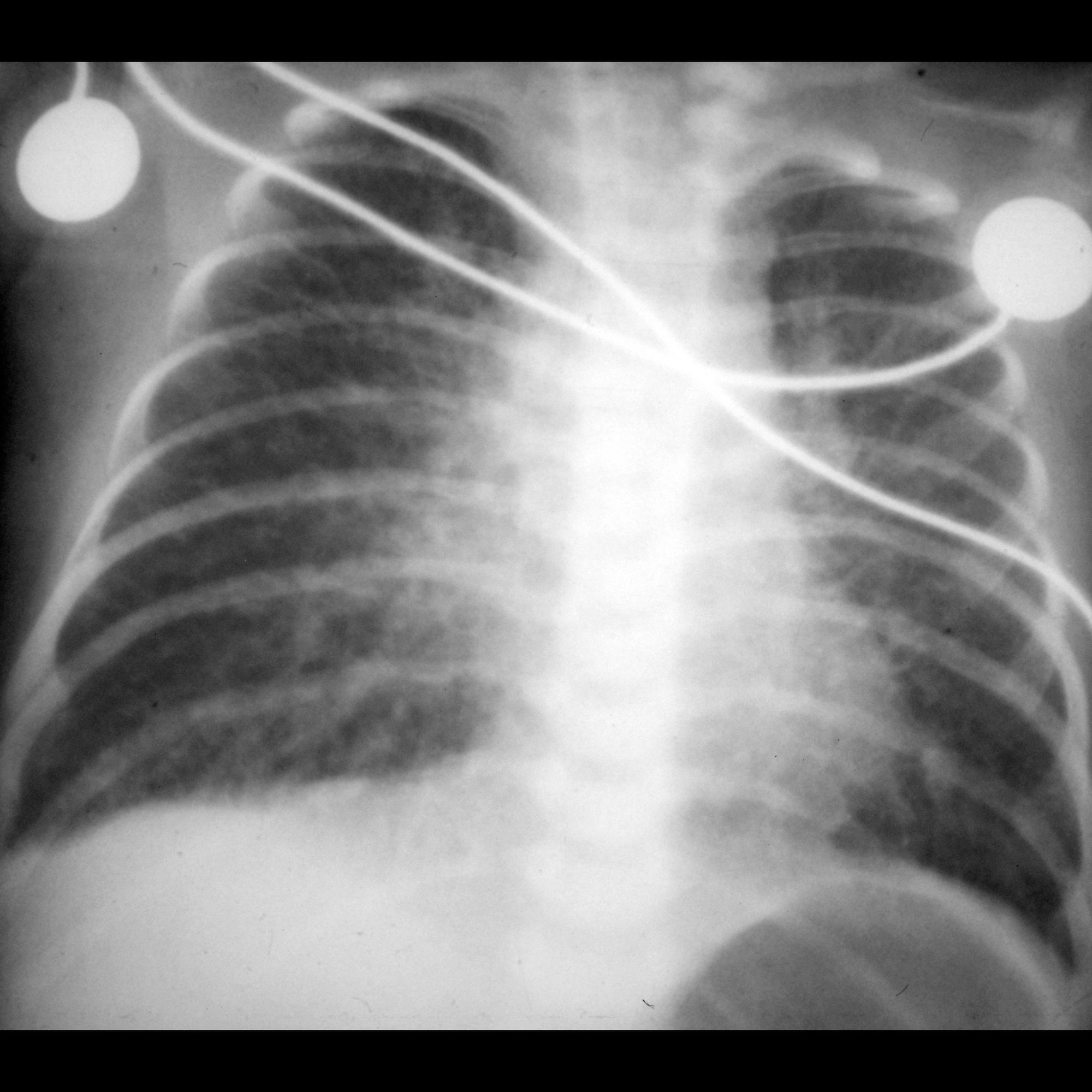 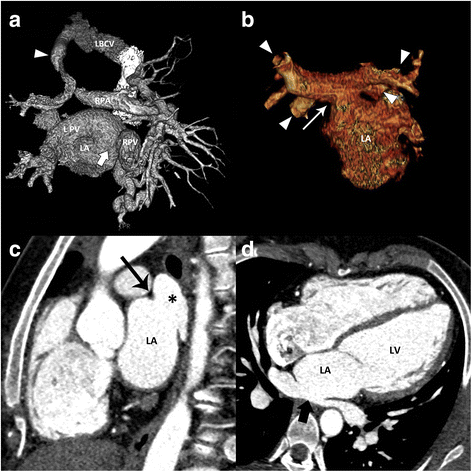 Anomalous
pulmonary venous drainage: a pictorial essay with a CT focus. Total anomalous pulmonary venous drainage (TAPVD) repair. a Three-dimensional (3D) CT reconstruction. An adult patient presenting with breathlessness had a computed tomographic pulmonary angiogram (CTPA). A single left pulmonary vein (LPV) crosses the midline to form a single confluence with the right pulmonary veins (RPV) and joins the left atrium (LA) via a baffle (white arrow). A residual anomalous left superior pulmonary vein (white arrowhead) is seen draining into the left brachiocephalic vein (LBCV); presumed previous type 4 TAPVD. Incidentally the pulmonary vessels in the right lower lobe were tortuous and dilated with a suspected arteriovenous malformation. b Three dimensional (3D) CT reconstruction. A paediatric patient with a Type 2 TAPVD repair. The pulmonary veins (white arrowheads) can be seen forming a single venous confluence posterior to the LA. This has been reconnected to the LA via a small baffle (white arrow). c Sagittal CT image. Type 2 TAPVD. A single venous confluence of the pulmonary veins is present (asterisk) posterior to the left atrium (LA) with a focal narrowing where this has been surgically connected to the LA (black arrow). d Axial CT image. This again shows the posterior venous confluence of the pulmonary veins (black arrow)
jcongenitalcardiology.biomedcentral.com • CC-by-4.0 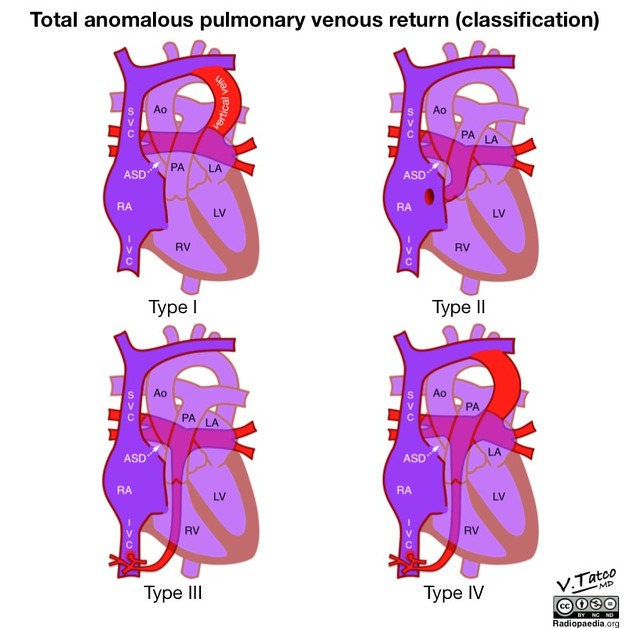 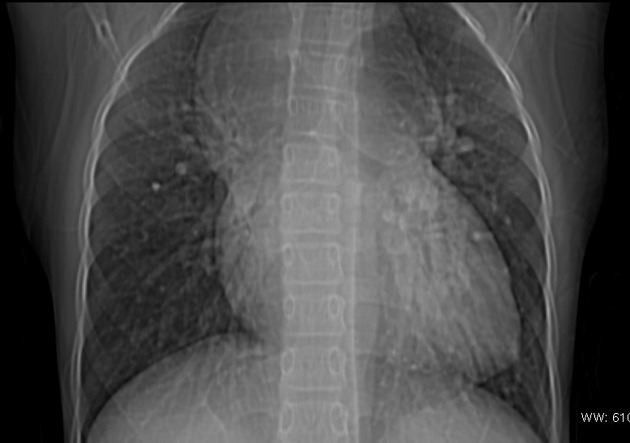 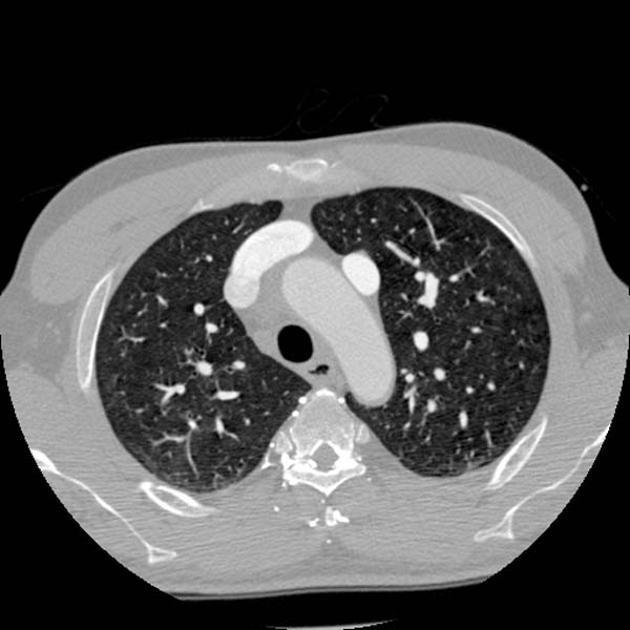 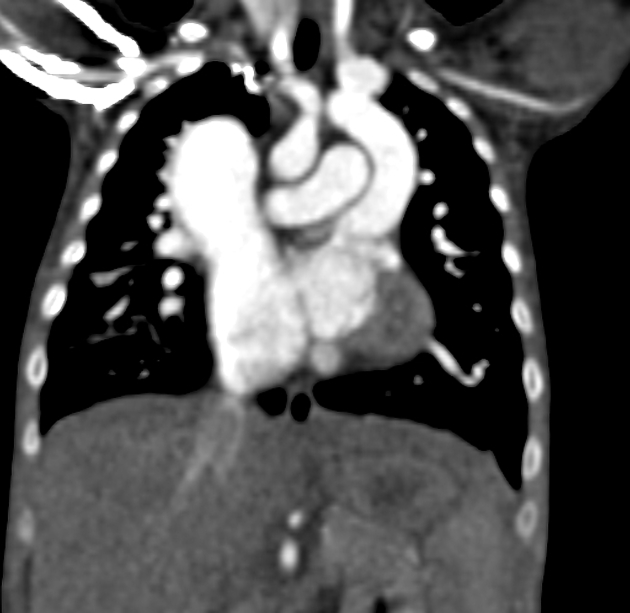 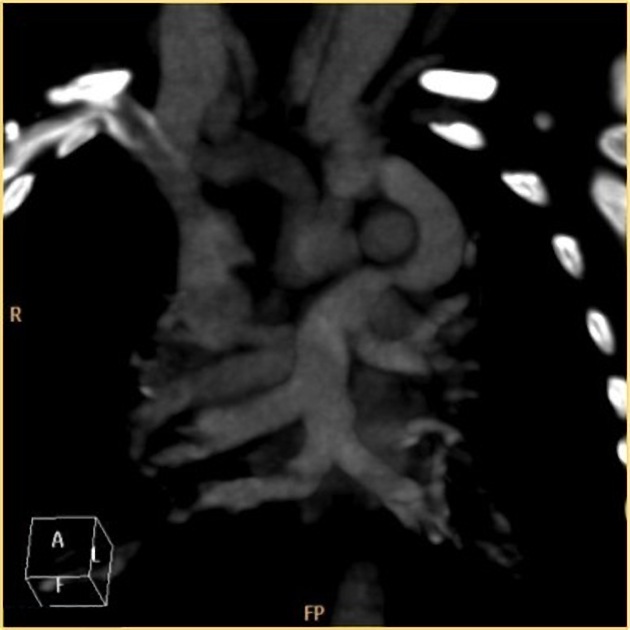 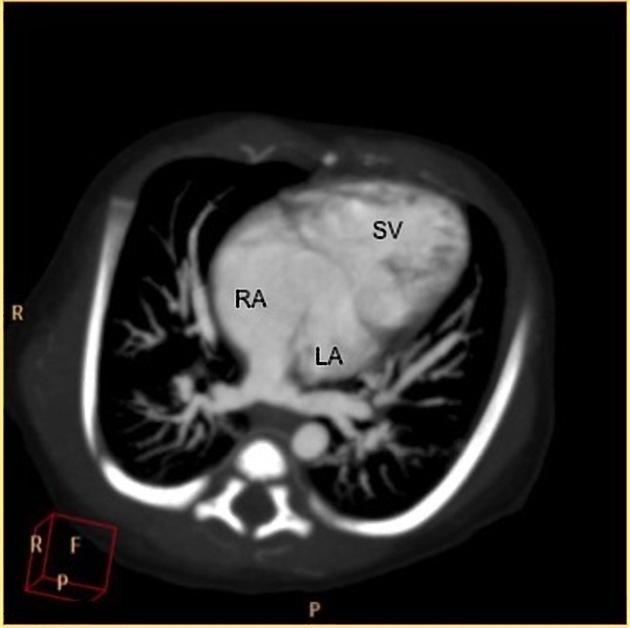 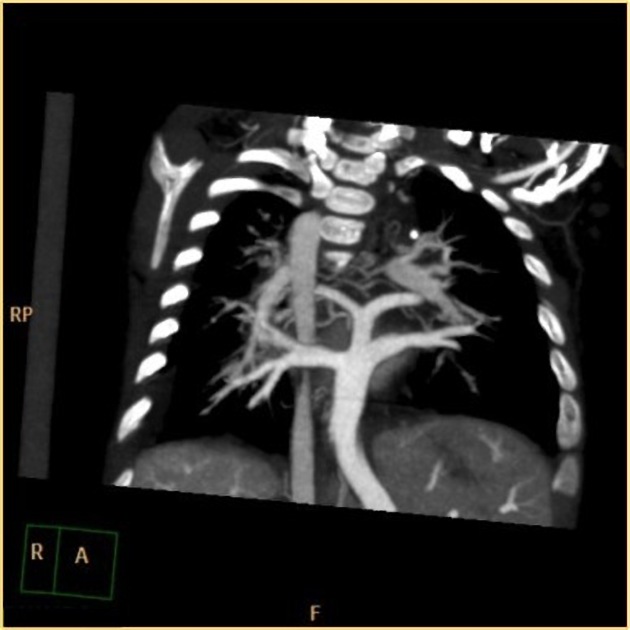 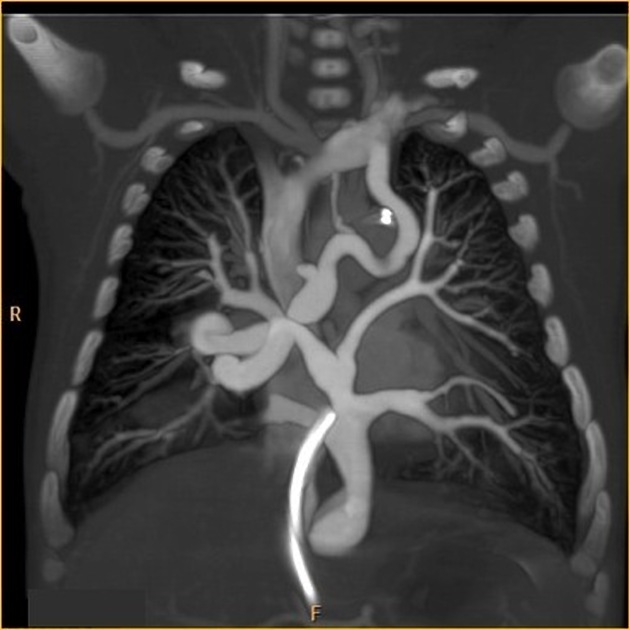 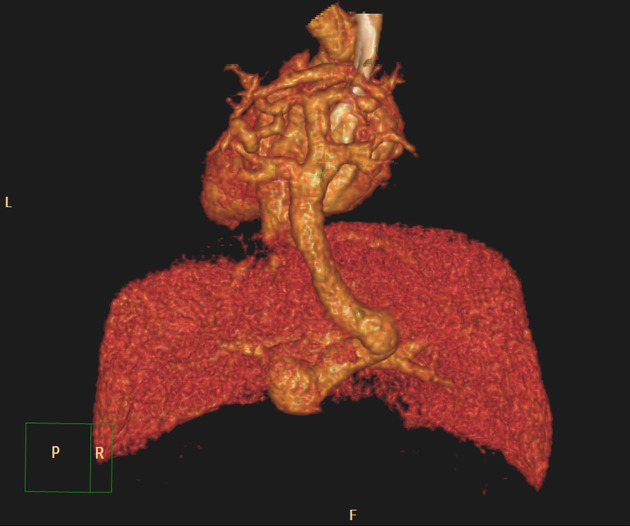 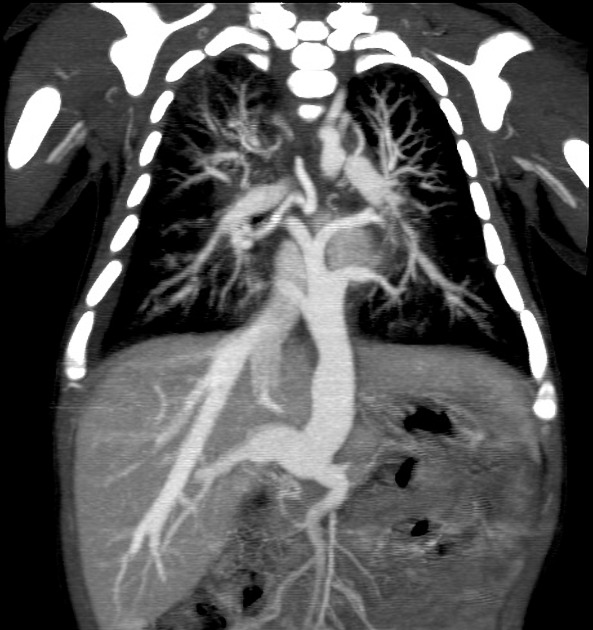 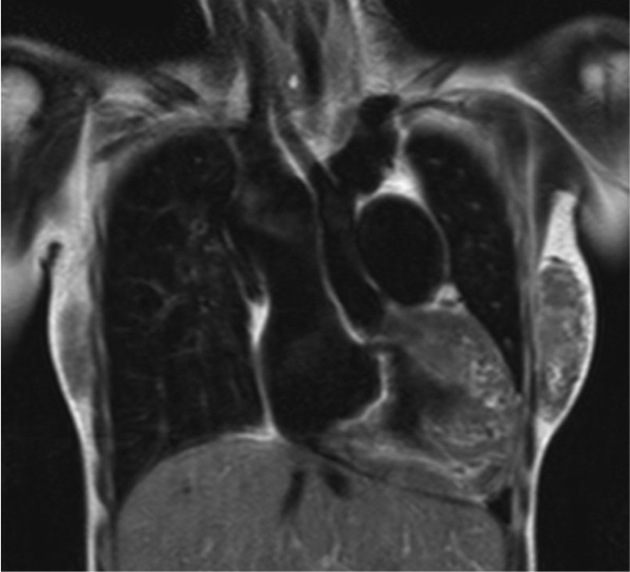 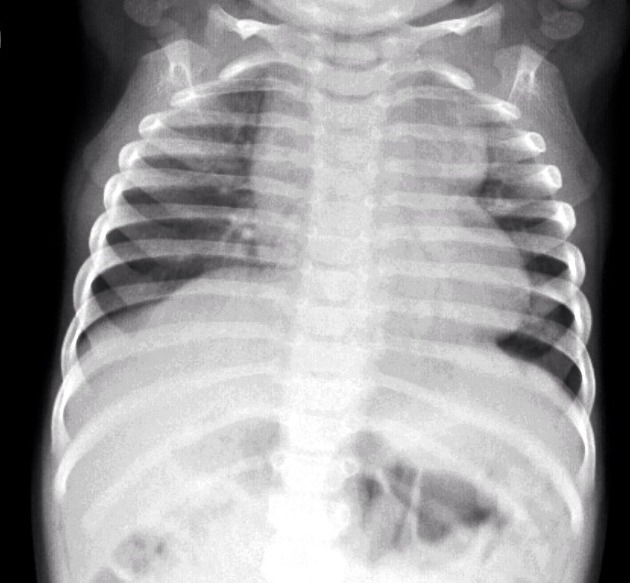 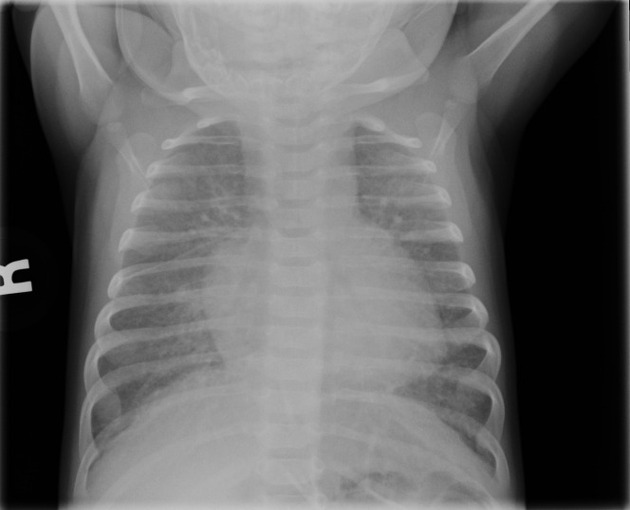 In TAPVR, all systemic and pulmonary venous blood enters the right atrium and nothing drains into the left atrium. A right-to-left shunt is required for survival and is usually via a large patent foramen ovale (PFO) or less commonly atrial septal defect (ASD).

The anomaly occurs secondary to an embryological failure of pulmonary venous development:

Failure to completely transition between primitive and mature configurations according to this sequence results in persistent venous drainage from the lungs to one of several possible systemic veins (see Classification) .

TAPVR can be classified into four types (in decreasing order of frequency) depending on the site of anomalous venous union :

Approximately one-third of those with TAPVR also have other associated cardiac lesions; many have heterotaxy syndrome, particularly asplenia. Type III (infracardiac) is also associated with thoracic lymphangiectasia and pulmonary congestion.

The right heart is prominent in TAPVR because of the increased flow volume, but the left atrium remains normal in size. Types I and II result in cardiomegaly.

The supra cardiac variant (type I) can classically depict a snowman appearance on a frontal chest radiograph, also known as figure of 8 heart or cottage loaf heart . The dilated vertical vein on the left, brachiocephalic vein on top, and the superior vena cava on the right form the head of the snowman; the body of the snowman is formed by the enlarged right atrium.

May show blind-ended left atrium with no connecting veins.