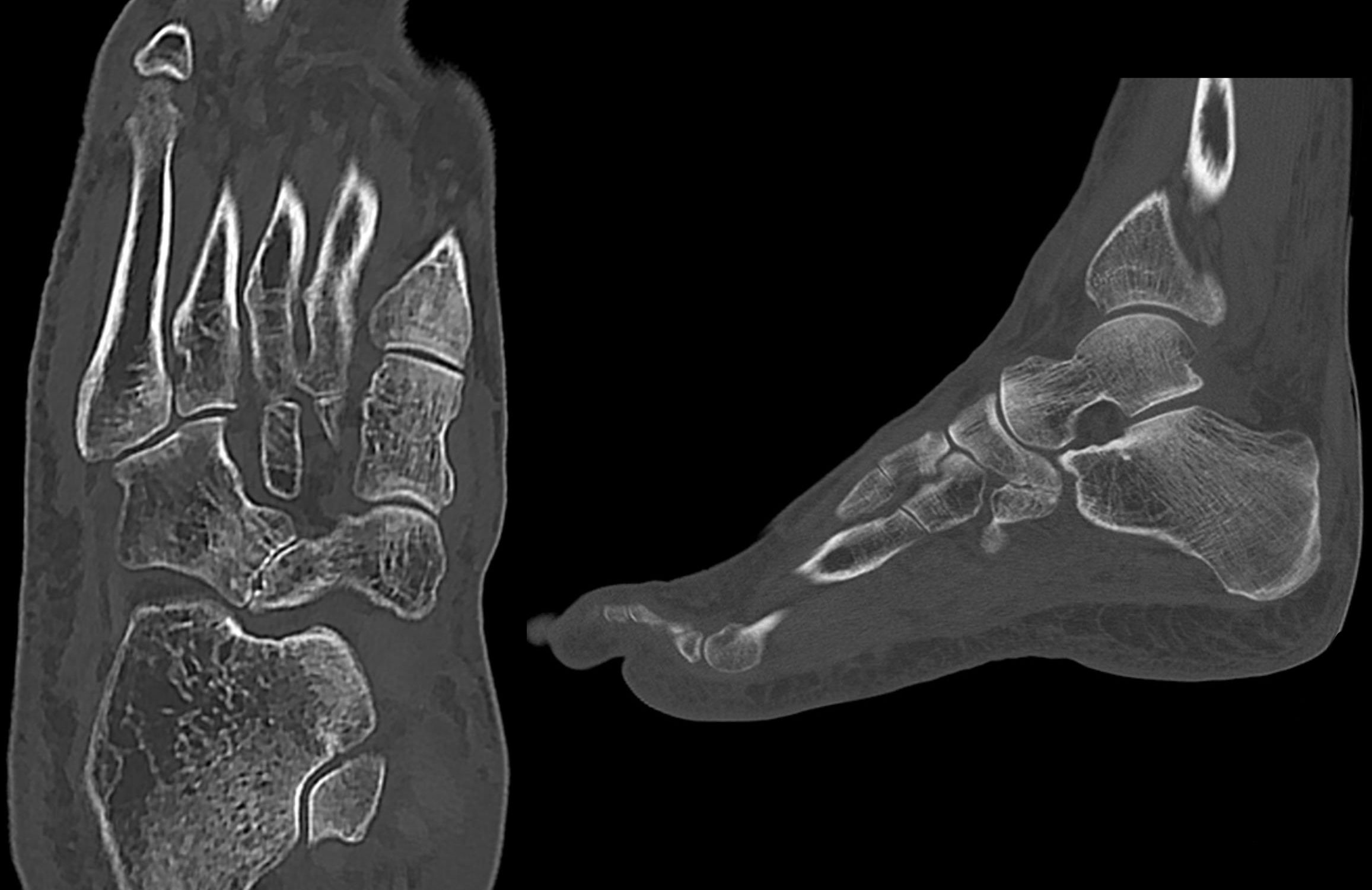 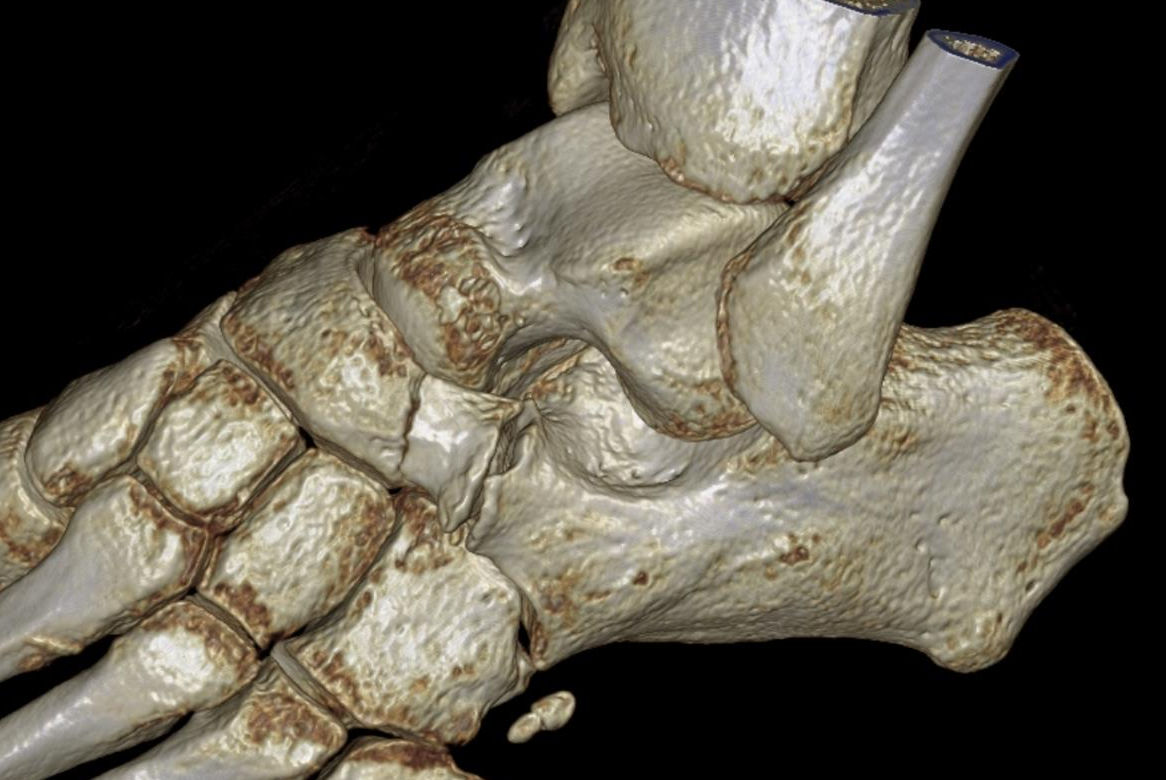 Tarsal coalition describes the complete or partial union between two or more bones in the midfoot and hindfoot. Tarsal coalition refers to developmental fusion rather than fusion that is acquired secondary to conditions such as rheumatoid arthritis, trauma or post-surgical.

It occurs in ~5% of the population and although congenital, patients typically present in adolescence. There is a significant male predilection (M:F 4:1) . 50% are bilateral (even if symptomatic only on one side). Pes planus (flat foot) is usually a feature.

Many patients with tarsal coalition are asymptomatic. Clinical presentation is usually delayed until adolescence and is associated with either increased mechanical strain on the joints/structures on either side of the coalition or with progressive ossification of the coalition . The average age of clinical symptoms onset is lower in case of calcaneonavicular coalition (8-12 years) than of talocalcaneal (12-16 years) because of earlier ossification of the former .

The condition is bilateral in up to 50% of cases, and clinical presentation includes:

Tarsal coalition is believed to be the result of incomplete or faulty segmentation during development. They may be of three types, depending on the tissue which bridges between the two bones. The three types are :

The vast majority (90%) of tarsal coalitions are either:

The remainder of the coalitions (calcaneocuboid, talonavicular, cubonavicular) are much less common . Metatarsal -cuneiform coalition is a rare cause for mid foot pain .

Plain films (AP + lateral + 45° internal oblique) are usually the first investigation of choice, and in many instances yield that diagnosis, especially in case of calcaneonavicular and talonavicular coalition. Plain film findings are most apparent when there is a bony coalition, especially where the bony bar is large enough and the medullary cavity is seen in continuity between the two bones. In fibrous coalitions, there is irregularity and narrowing of the bony interfaces, and there is usually associated sclerosis.

General features of the non-osseous coalition include:

Cross-sectional imaging (CT or MRI) is often needed in case of talocalcaneal coalition due to lower sensitivity of conventional radiography in its detection.

CT depicts precisely the extent of coalition and is therefore useful in resection planning or determining the indications for arthrodesis.

May help distinguish between:

Although conservative (non-surgical) therapy may be useful in alleviating pain, symptomatic improvement is usually short-lived since it does not address the underlying anatomic abnormality .

Surgical management usually involves an osteotomy and removal of the whole coalition. Space is then filled with soft tissues (e.g. muscle or fat). In case of resection failure or coexisting severe degenerative joint disease triple arthrodesis is usually performed, or alternatively (in case of subtalar coalition) subtalar fusion .