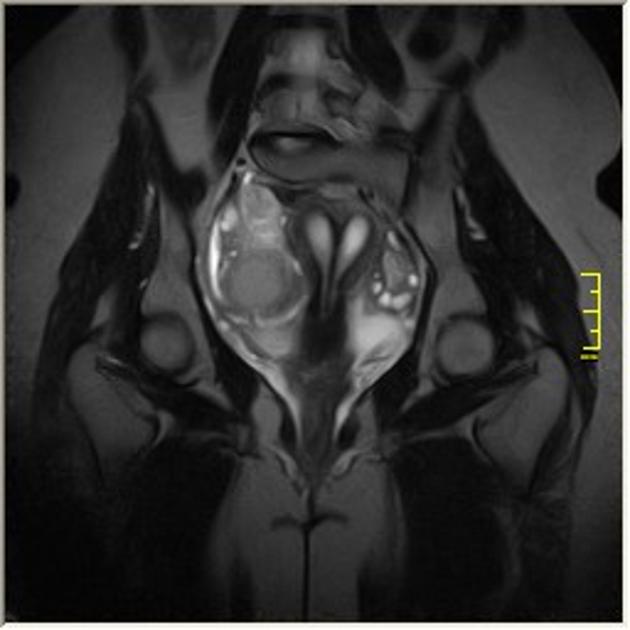 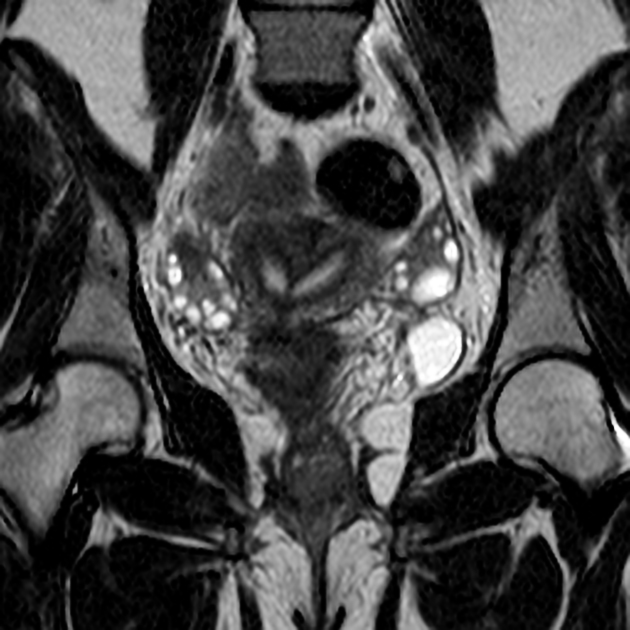 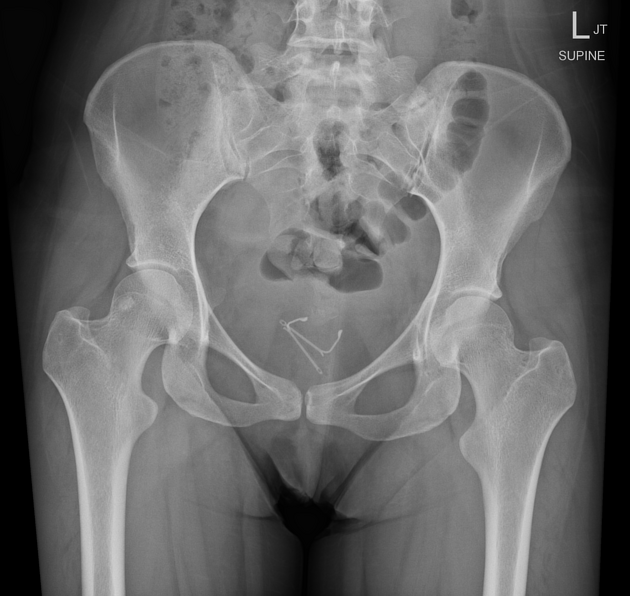 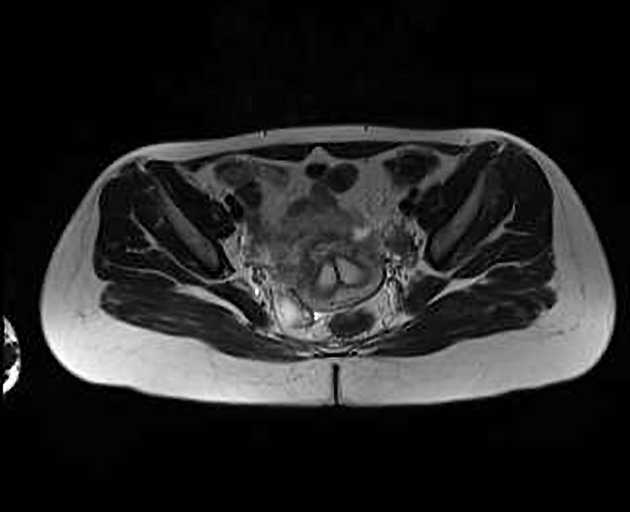 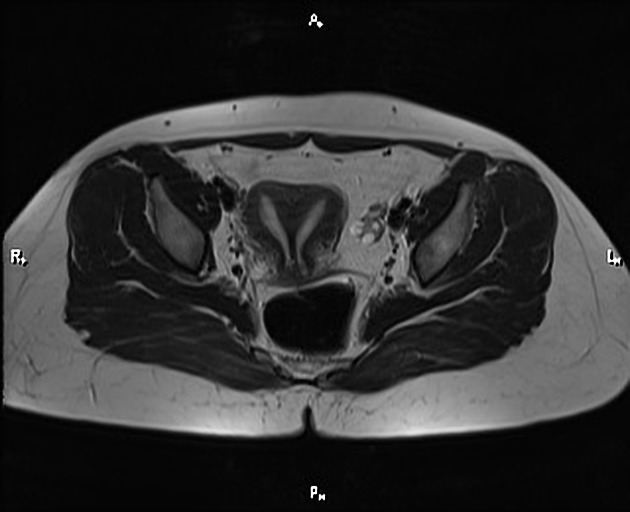 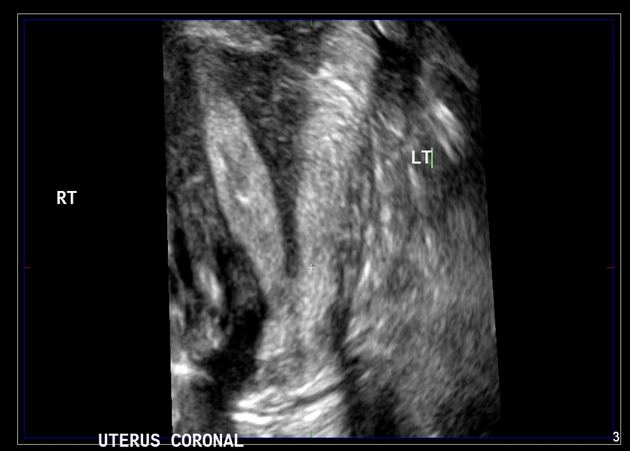 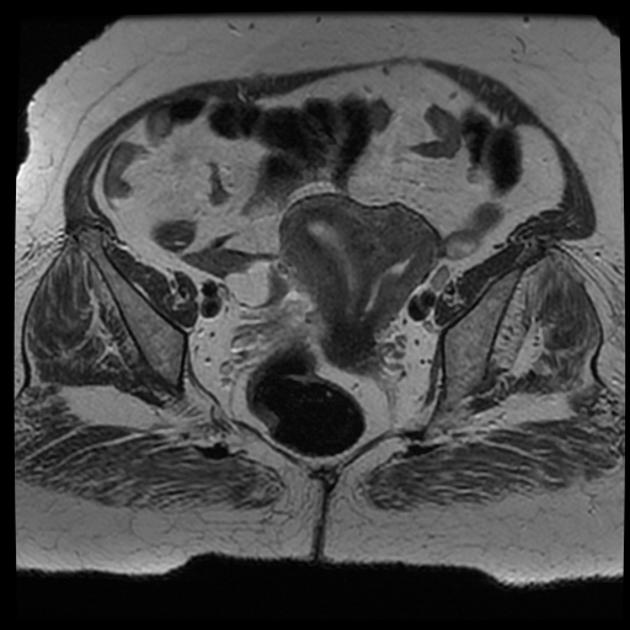 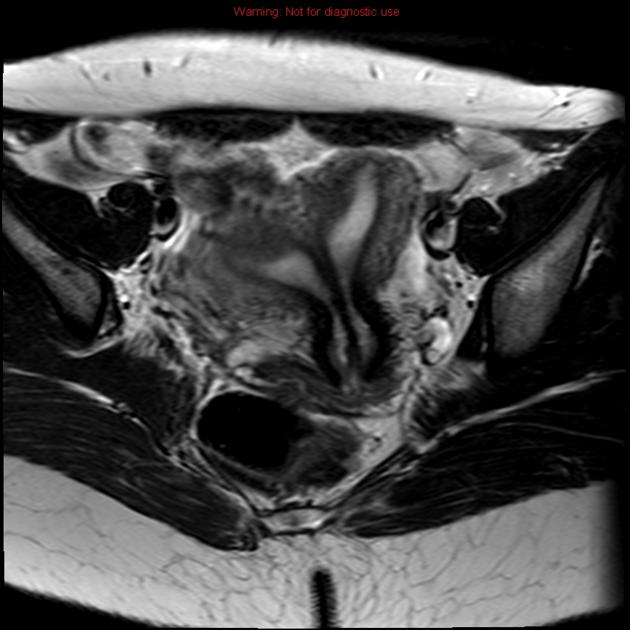 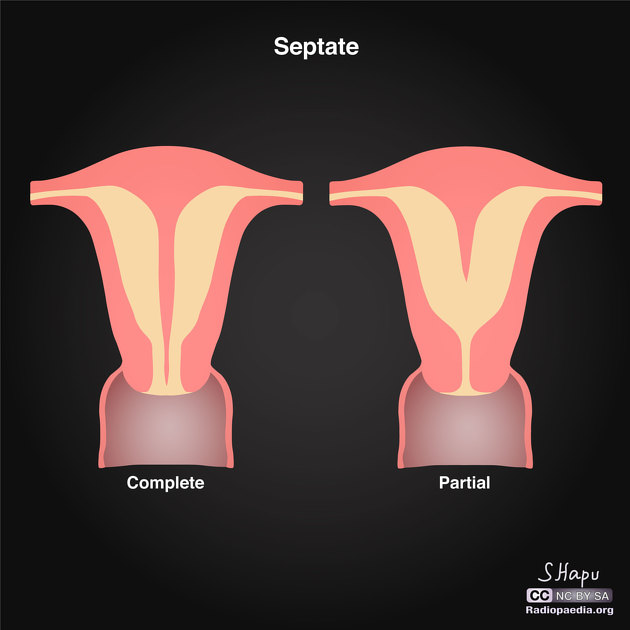 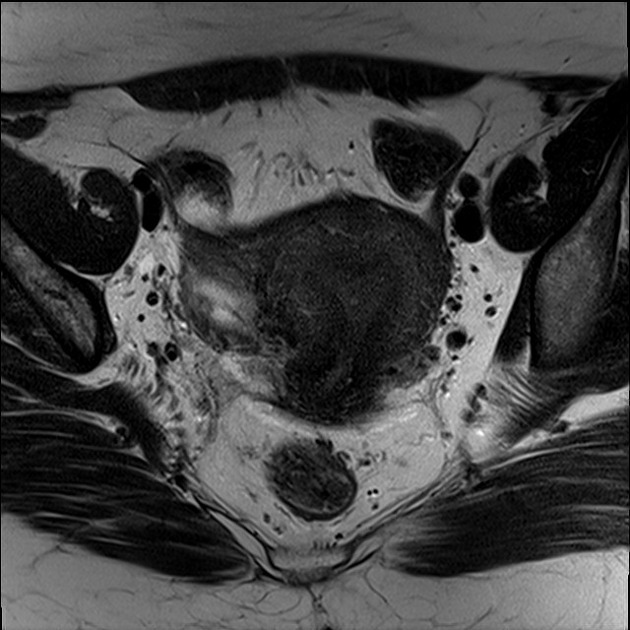 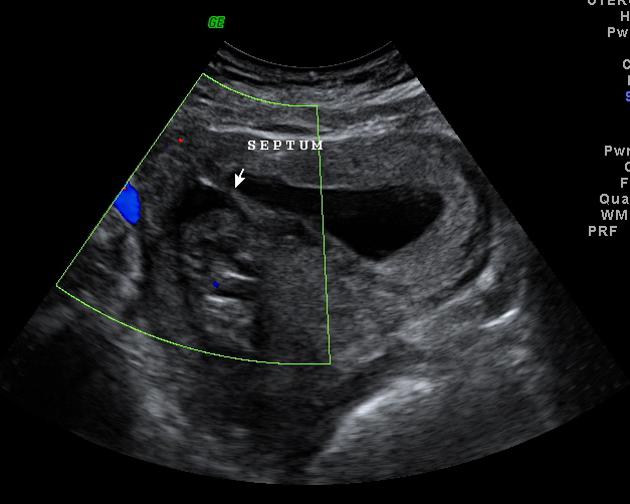 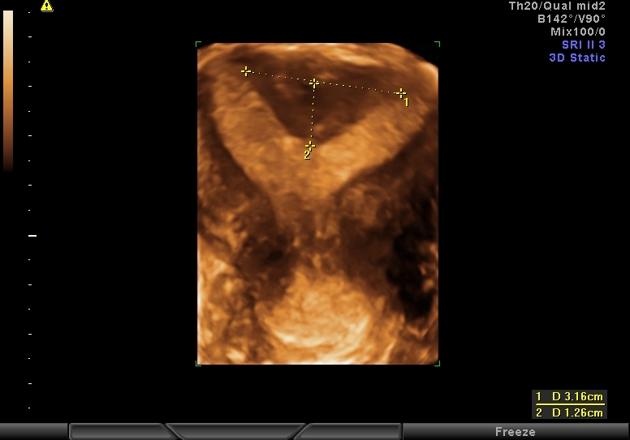 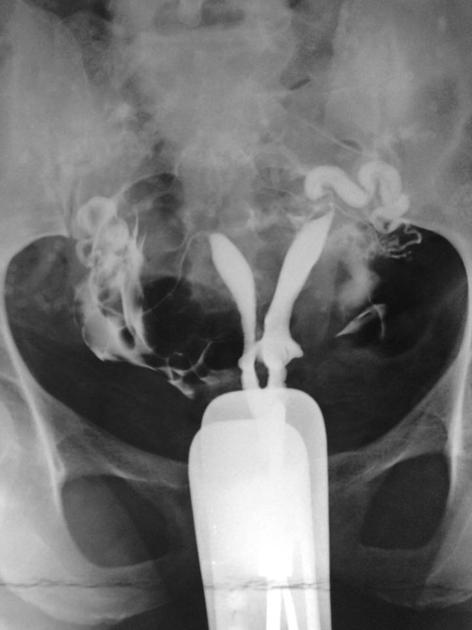 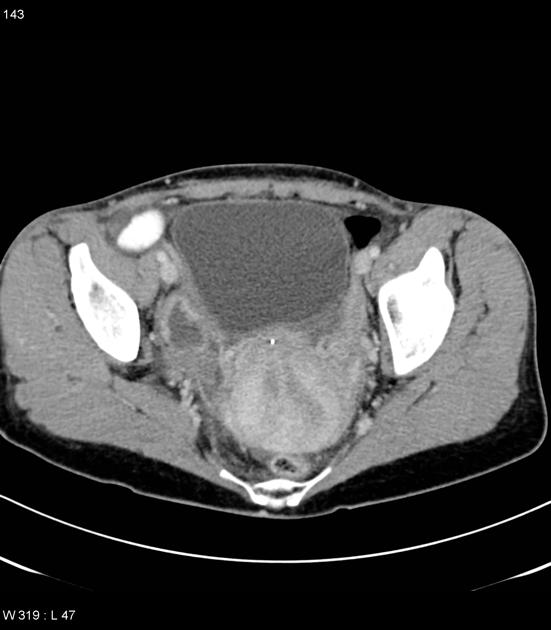 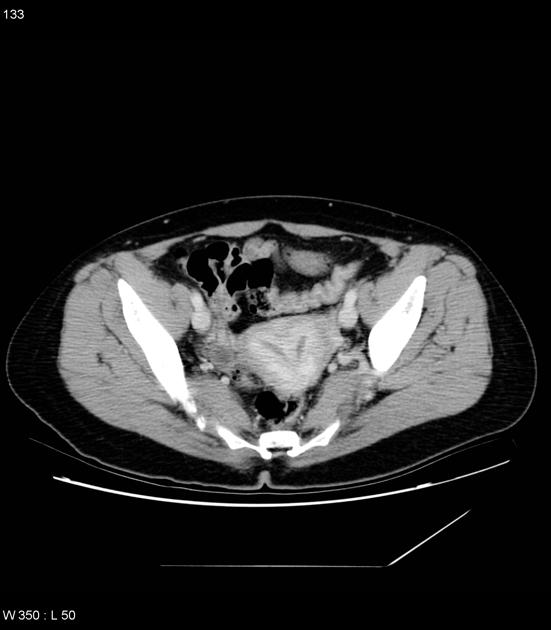 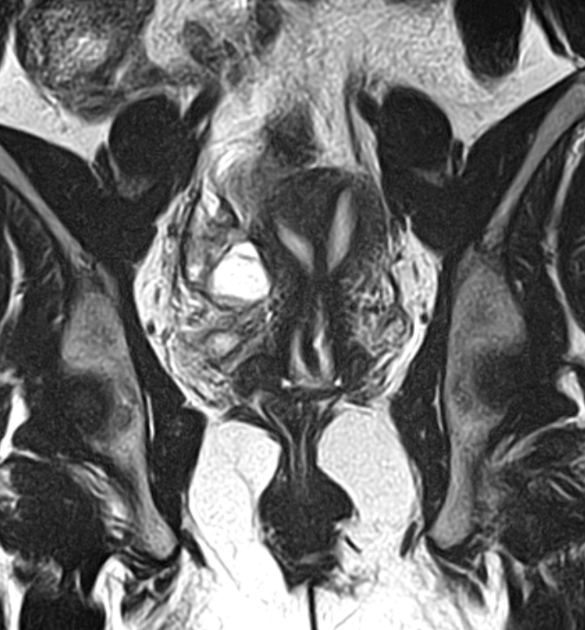 A septate uterus is a common type of congenital uterine anomaly, and it may lead to an increased rate of pregnancy loss. The main imaging differential diagnoses are arcuate uterus and bicornuate uterus.

It is considered the commonest uterine anomaly (accounts for ~55% of such anomalies). It is classified as a class V Mullerian duct anomaly.

Septate uterus is considered a type of uterine duplication anomaly. It results from the partial or complete failure of resorption of the uterovaginal septum after fusion of the paramesonephric ducts. The septum is usually fibrous but can also have varying muscular components.

As with other uterine anomalies, concurrent renal anomalies may be associated.

The echogenic endometrial stripe is separated at the fundus by the intermediate echogenicity septum. The septum extends to the cervix in a complete septate uterus. The external uterine contour must demonstrate a convex, flat, or mildly concave (ideally <1 cm) configuration and may best be appreciated on coronal images of the uterus.

May show vascularity in the septum in 70% of cases when assessed with color Doppler; and if present may be associated with a higher rate of obstetric complications .

MRI is considered the current imaging modality of choice.

On MR images, the septate uterus is generally normal in size and each endometrial cavity appears smaller than the configuration of a normal cavity.

The septum may be composed of fibrous tissue (low T2 signal intensity), myometrium (intermediate signal), or both .

The distinction between the septate uterus and bicornuate uterus has important management implications. The septum can be shaved off during hysteroscopy (metroplasty) to form a single uterine cavity without perforating the uterus .

The reproductive outcome has been shown to improve after resection of the septum, with reported decreases in the spontaneous abortion rate from 88% to 5.9% after hysteroscopic metroplasty.

Considerations on hysterosalpingogram include: