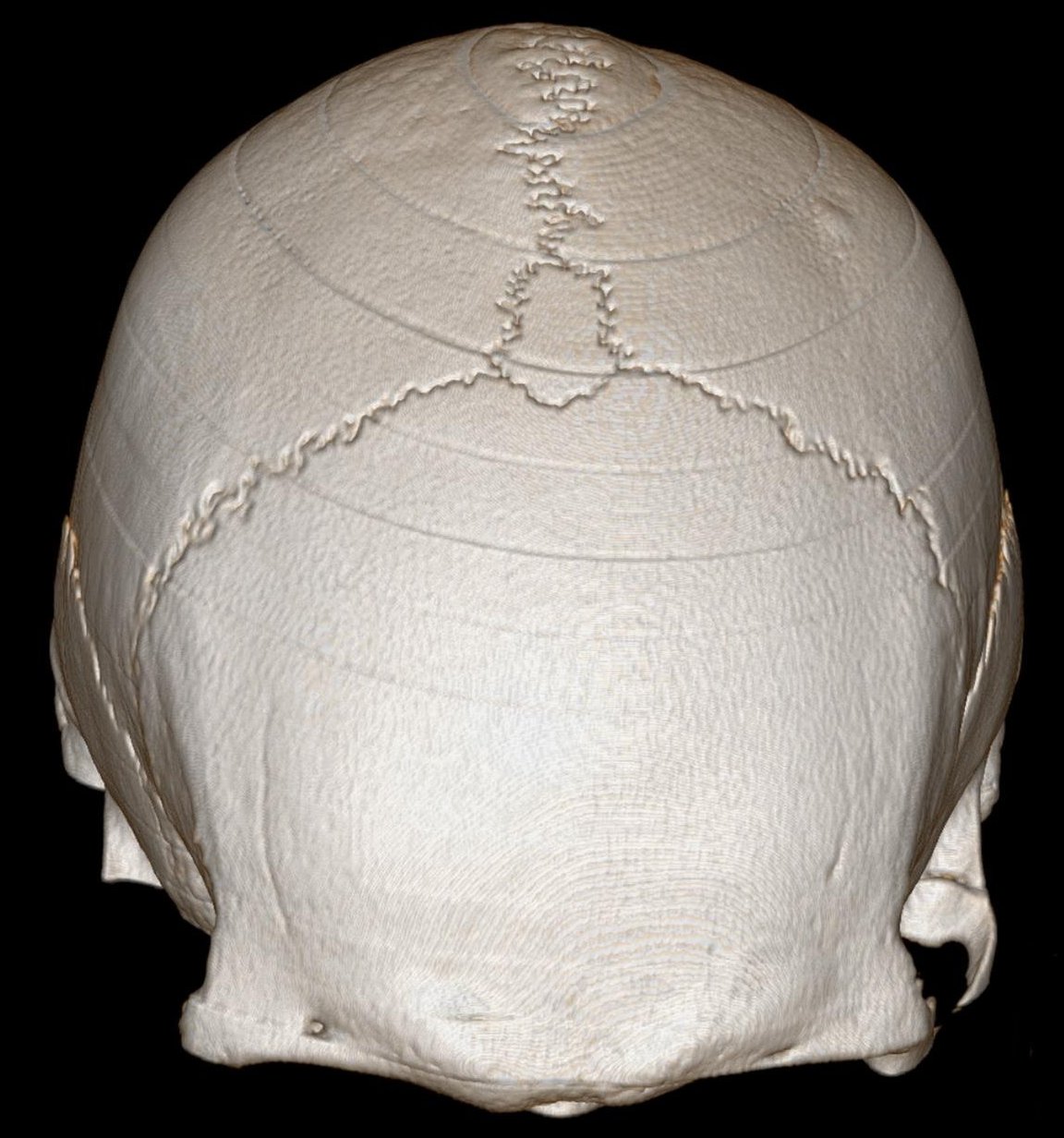 In addition
to the usual centers of ossification of the cranium, others may occur, giving rise to irregular isolated bones termed sutural or Wormian bones.
Wikipedia • Public domain
Hallo!
Radiopaedia • CC-by-nc-sa 3.0 • de

Some consider them abnormal only if greater than 10 in number.

The reported incidence is variable, ranging from around 10% (in Caucasian skulls) and 40% (in Indian skulls) to 80% (in Chinese skulls) . In general, males are more frequently affected than females .

Their associations are various, and include:

A useful mnemonic is PORKCHOPS.

Wormian bones are named after the Danish physician, theologian and antiquary Ole Worm (Olaus Wormius) (1588-1654) , who first described them.