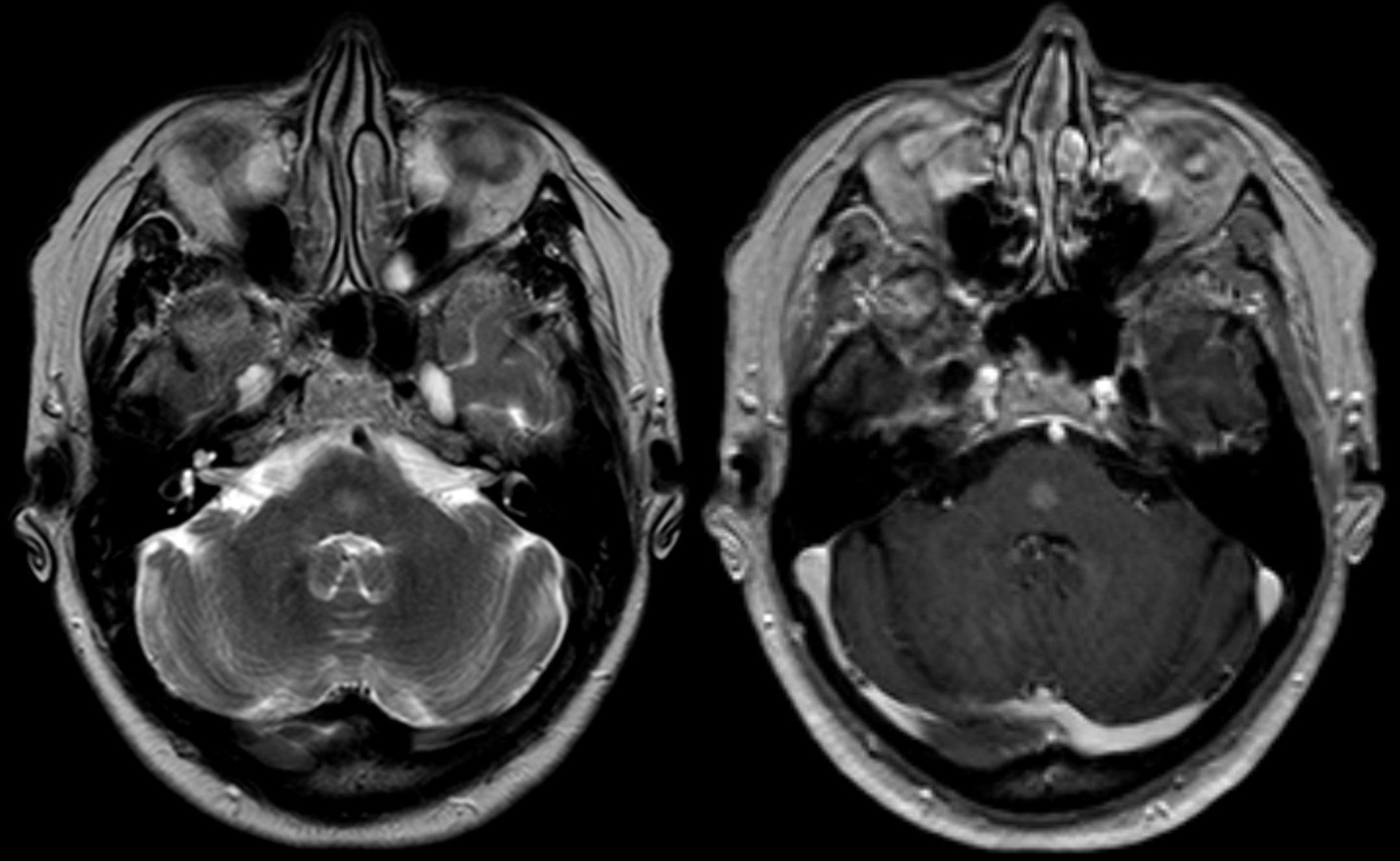 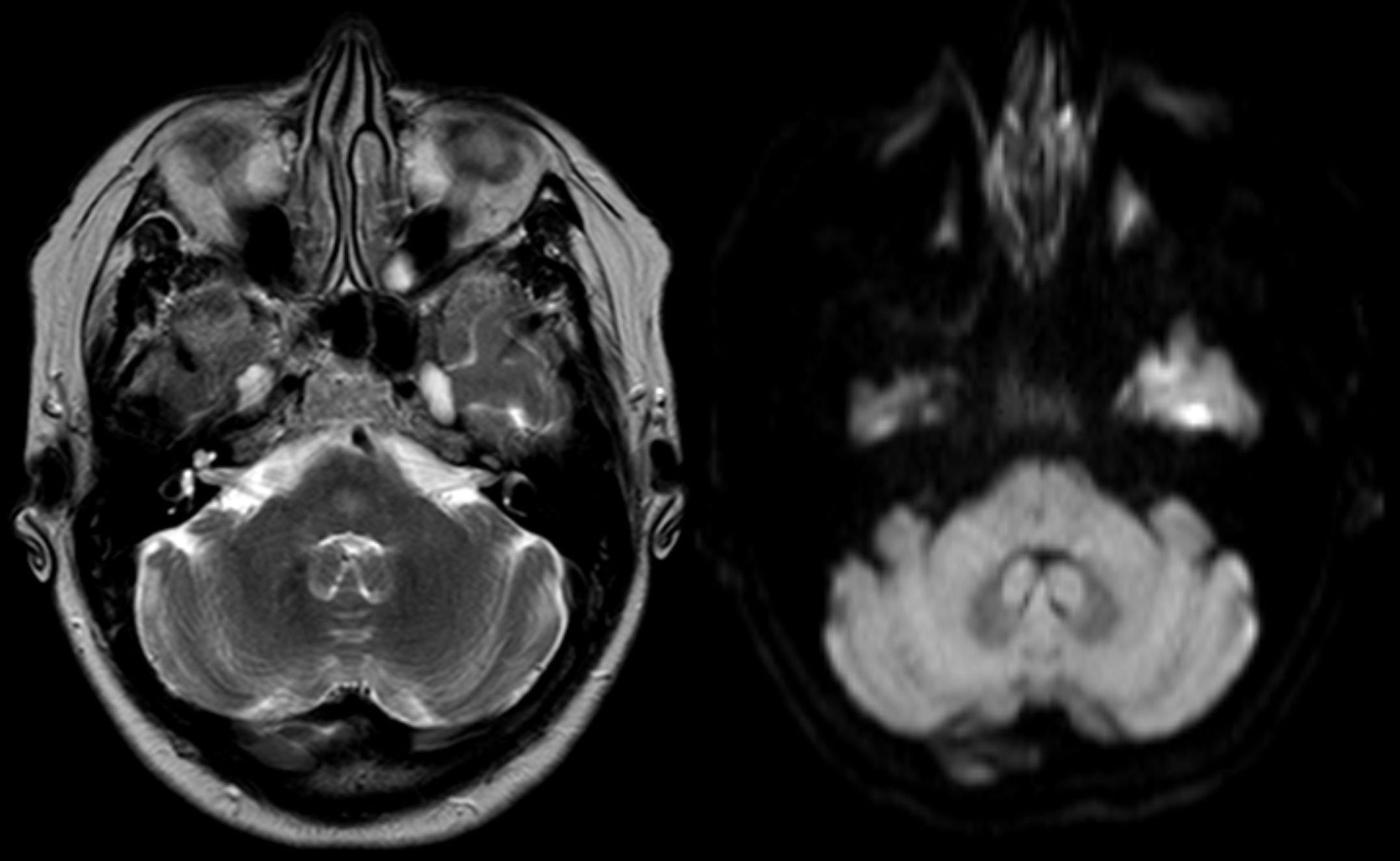 As these lesions are asymptomatic, diagnosis usually matches the age of first imaging with MRI, and as such are most frequently found in middle-aged and elderly adults. Their incidence varies according to the series. They can account for up to ~20% of all intracerebral vascular malformations on autopsy studies and are considered the second most common vascular anomaly after venous angiomas (developmental venous anomaly) on imaging .

The vast majority of capillary telangiectasias are completely asymptomatic and discovered incidentally on MRI when the brain is imaged for other reasons.

Occasionally there may be associated intracerebral hemorrhage, although a direct causative relationship has not been established beyond a doubt. This may be more common with cases of mixed histology.

They are comprised of dilated capillaries and are interspersed with normal brain parenchyma with a thin endothelial lining but no vascular smooth muscle of elastic fiber lining. This is in contrast to cavernous malformations (CM) which have no normal brain within their confines. Histology can be mixed with a component of CM.

Capillary telangiectasias are mostly located in the brainstem (especially the pons). They are more often solitary, but sometimes can be multiple. They have only become widely recognized in the radiology community following the introduction of MRI, as they are usually not seen on CT and DSA .

They appear as subtle lesions with no mass effect.

These lesions are almost always asymptomatic, have interspersed normal brain tissue and are most frequently located in the pons, making treatment impractical and unwarranted. Thus, no follow-up is required if the imaging appearances are characteristic.

In the majority of cases, no differential needs to be entertained. When appearances are atypical then depending on the actual appearance, one could consider: