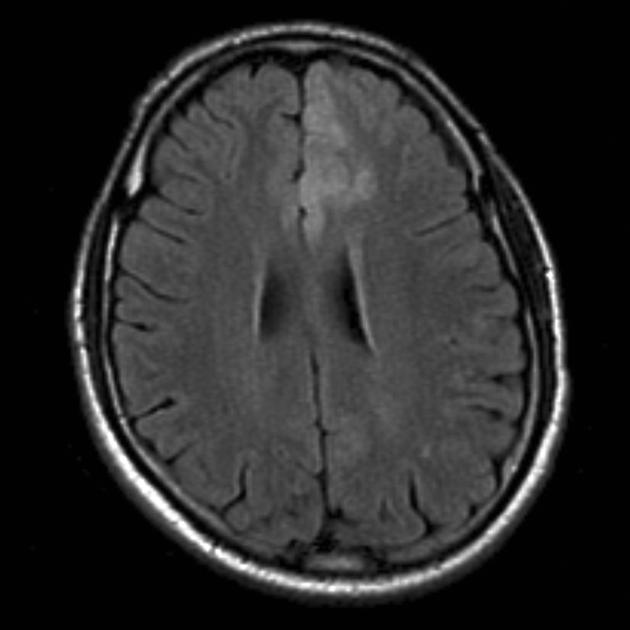 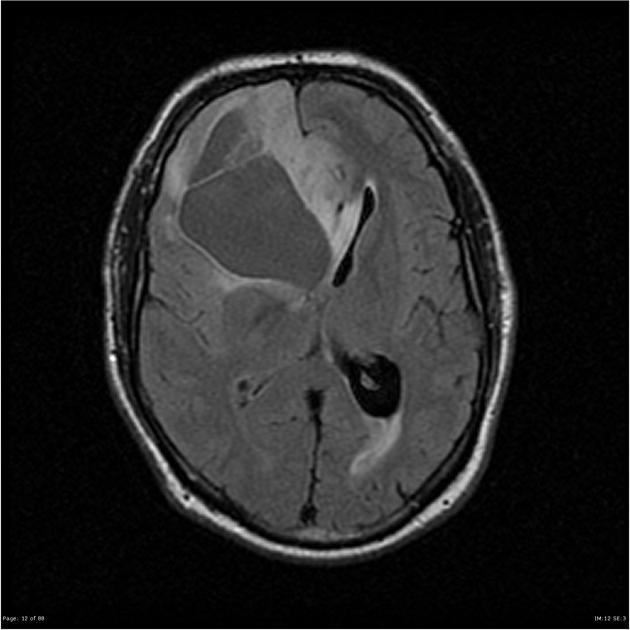 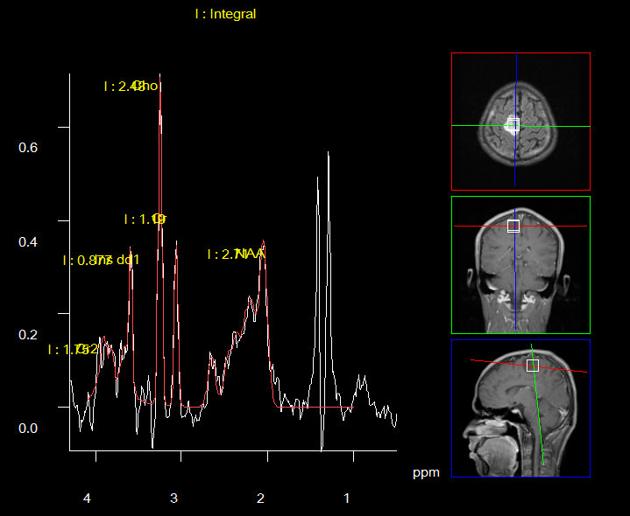 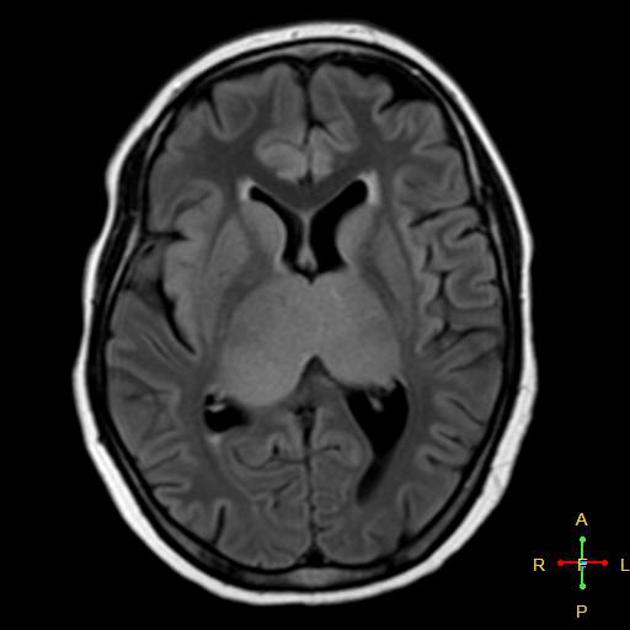 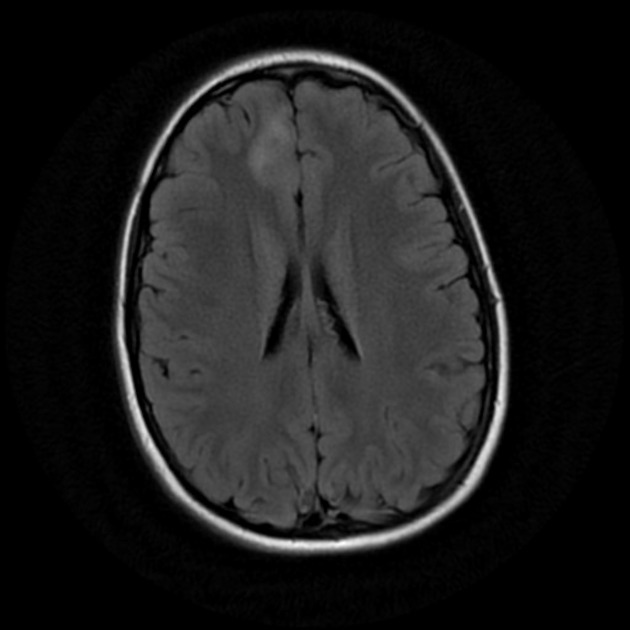 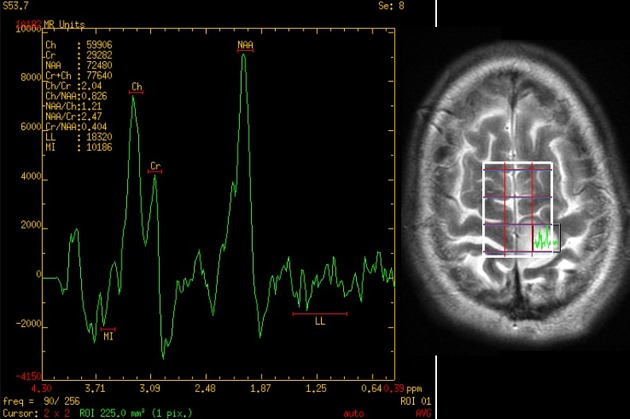 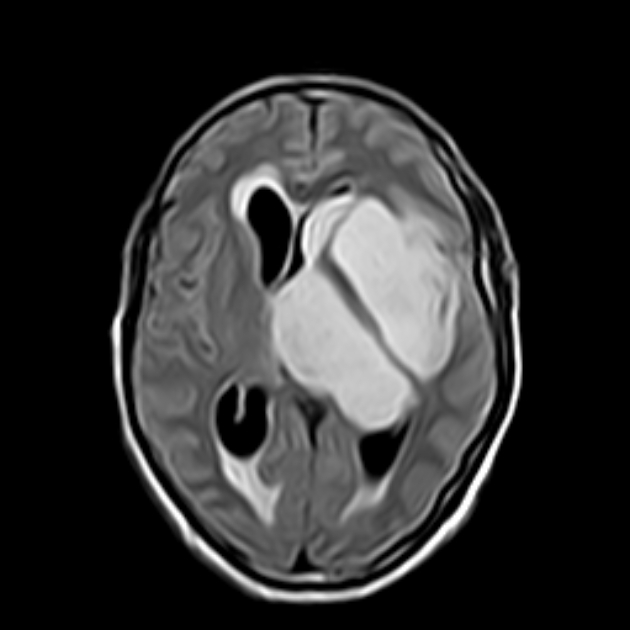 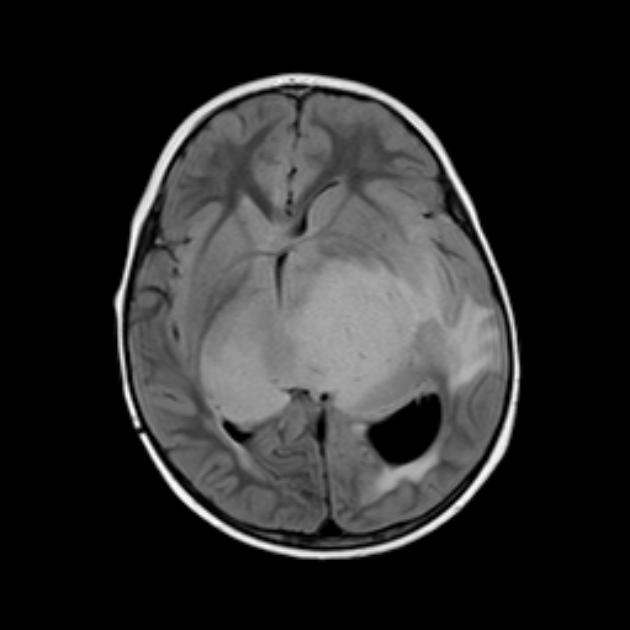 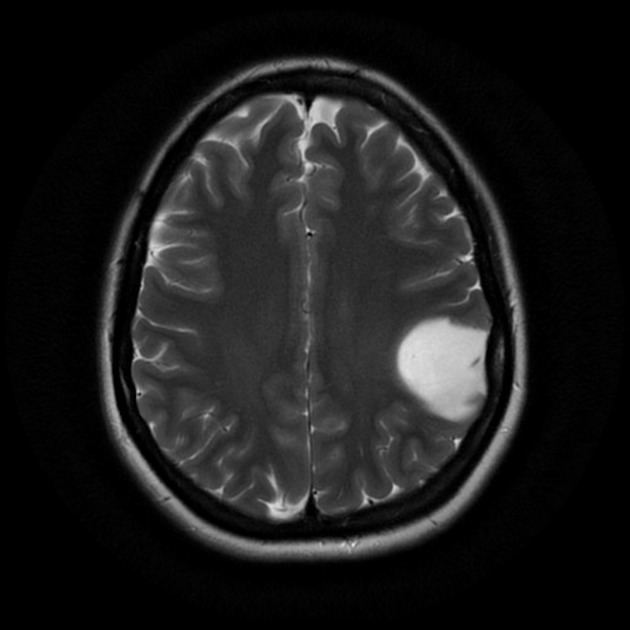 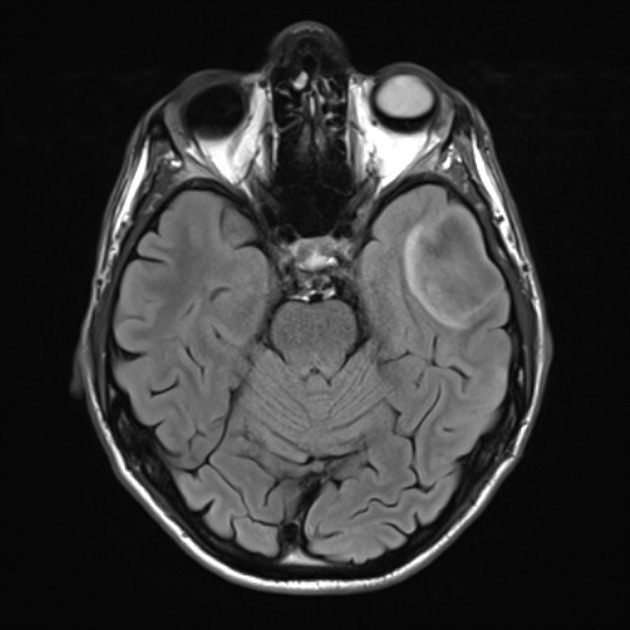 Diffuse astrocytomas, also referred to as low-grade infiltrative astrocytomas, are designated as WHO II tumors of the brain. The term diffuse infiltrating means there is no identifiable border between the tumor and normal brain tissue, even though the borders may appear well-marginated on imaging.

In the 2016 update to the WHO classification of CNS tumors, diffuse astrocytoma is synonymous with the previously described subtype of fibrillary astrocytoma. Gemistocytic astrocytoma remains a distinct subtype, whereas protoplasmic astrocytomas are no longer recognized as a separate entity .

This article will focus on the general features of diffuse astrocytomas (the most common type). Each subtype mentioned above is discussed in more detail separately.

The term diffuse astrocytoma should not be used for specific, non-infiltrative tumors of astrocyte-lineage such as pleomorphic xanthoastrocytoma, subependymal giant cell astrocytoma and pilocytic astrocytoma, as these have different prognoses, treatment and imaging features.

Diffuse astrocytomas are divided into two molecular groups according to IDH status:

If IDH status is unavailable, they are known as diffuse astrocytoma NOS (not otherwise specified).

Importantly, if IDH is shown to be mutated, then 1p19q status must be determined and shown to be not co-deleted (otherwise, even with astrocytic histology, an IDH mutated, 1p19q co-deleted tumor is now classified as an oligodendroglioma).

It is also worth noting that is it likely that the entity diffuse astrocytoma IDH wild-type will eventually vanish, as it is felt that most of these tumors harbor a variety of other distinctive genetic profiles and likely represent a collection of other tumors with astrocytic histological differentiation .

Diffuse low-grade gliomas of the cerebral hemispheres are typically diagnosed in young adults between ages 20-45 years (mean 35 years). There is, in fact, a biphasic distribution, with one peak in childhood (6-12 years) and the other peak in early adulthood (26-46 years) . Childhood gliomas are mostly diffuse brainstem gliomas, which are discussed separately.

The most common presenting feature (~40% of cases) is a seizure. This is particularly the case in adults. Headaches are often also present. Depending on the size of the lesion and its location, other features may be present, such as hydrocephalus and focal neurological dysfunction, including personality changes.

Diffuse low-grade astrocytomas are predominantly composed of a microcystic tumor matrix within which are embedded fibrillary neoplastic astrocytes with mild nuclear atypia and a low cellular density. Often microcystic spaces containing mucinous fluid are present, a typical finding in fibrillary astrocytomas, but even more characteristic and pronounced in protoplasmic astrocytomas.

Mitoses, microvascular proliferation and necrosis are absent (if present they suggest a high-grade tumor). Like all tumors derived from astrocytes, fibrillary astrocytomas stain with glial fibrillary acid protein (gFAP) .

It is well recognized that pathological classification has a high interobserver variation and thus imperfectly predicts clinical outcomes . Recent studies have shown that the genetic status of these tumors is more reflective of their subtypes than the histologic grading (please refer on isocitrate dehydrogenase (IDH) for a broad discussion on this topic) .

MRI is the modality of choice for characterizing these lesions, and in the case of smaller tumors, they may be subtle and difficult to see on CT, especially as they tend not to enhance.

Calcification is not common (10-20% of cases) and may be related to oligodendroglial components (i.e oligoastrocytoma).

Cystic or fluid attenuation components are also encountered, particularly in the gemistocytic variety.

Treatment depends on clinical presentation, as well as tumor size and location. Historically these tumors were managed as follows:

There is an increasing body of evidence that suggests that chemotherapy +/- radiotherapy, usually reserved for tumors that progressed to higher grades, may be of benefit in lower grade tumors also.