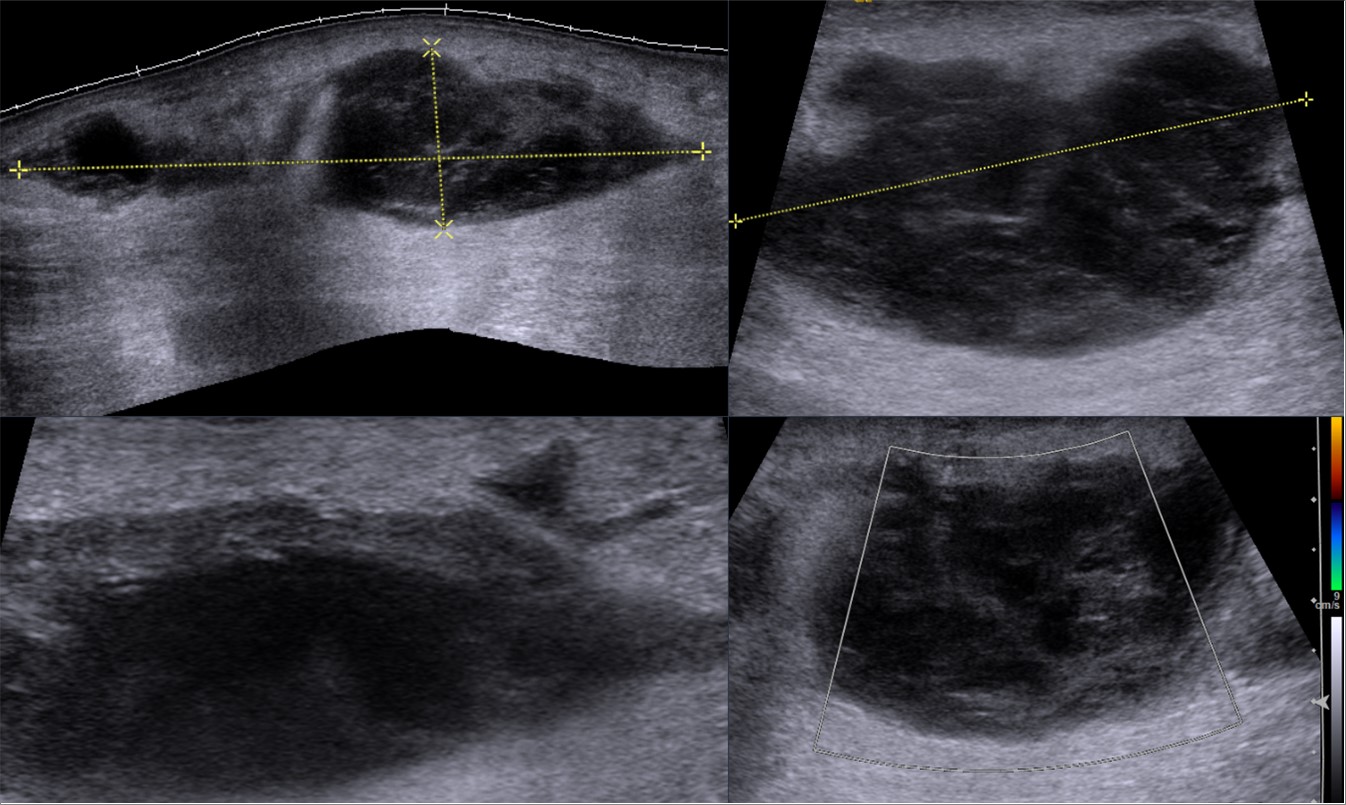 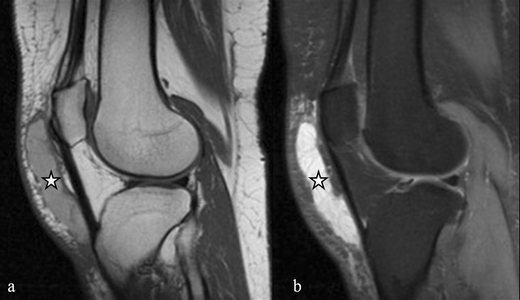 MRI
characteristics of cysts and “cyst-like” lesions in and around the knee: what the radiologist needs to know. Haematoma. The sagittal (a) T1-weighted and the sagittal (b) fat saturated proton density weighted images show a fluid collection in front of the patellar tendon with high signal intensity in T1-weighted image consistent with a haematoma
insightsimaging.springeropen.com • Open Access
Hallo!
Radiopaedia • CC-by-nc-sa 3.0 • de

Hematomas (alternative plural: hematomata) are the name given to localized collections of blood and they can form virtually anywhere in the body. They often form secondary to trauma or surgery but spontaneous formation is also not uncommon, especially in those with coagulation disorders or on anticoagulant therapy.

Hematomas may be hyperacute to chronic in duration and therefore their internal contents will vary from fresh hemorrhage to chronic hemoglobin degradation products (e.g. hemosiderin and ferritin) and are often a mixture of different aged components. The physical consistency of the collection may also vary from a hyperacute purely liquid collection to a chronic solidified mass-like state, but often a mixed cystic-solid state.

Hematomas are usually sterile when first formed and the majority remain uninfected. However, superinfection is seen forming a hemorrhagic abscess and is one of the well-recognized complications, and therefore risks, of draining a hematoma.