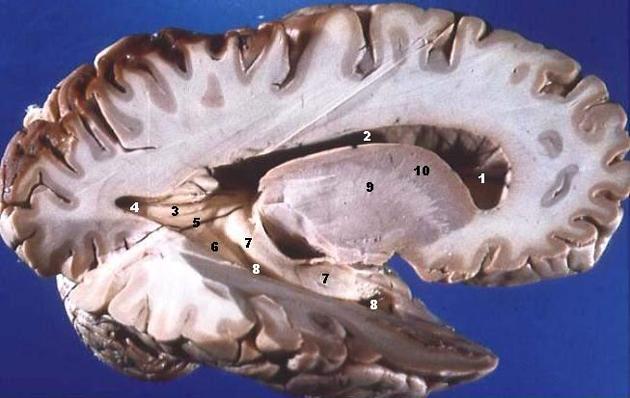 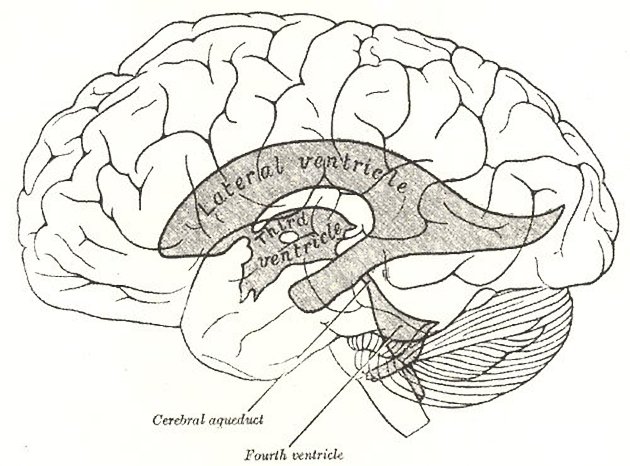 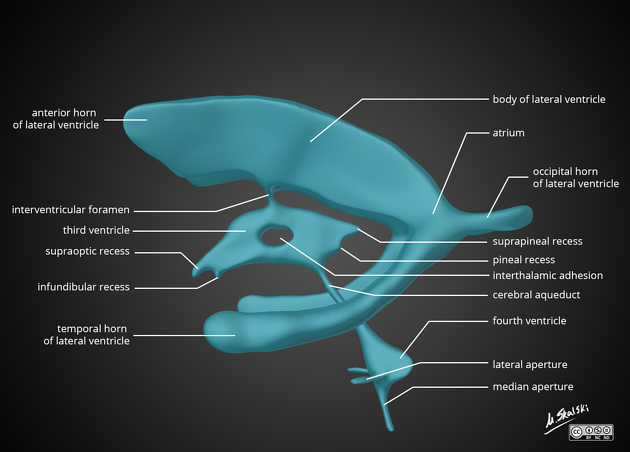 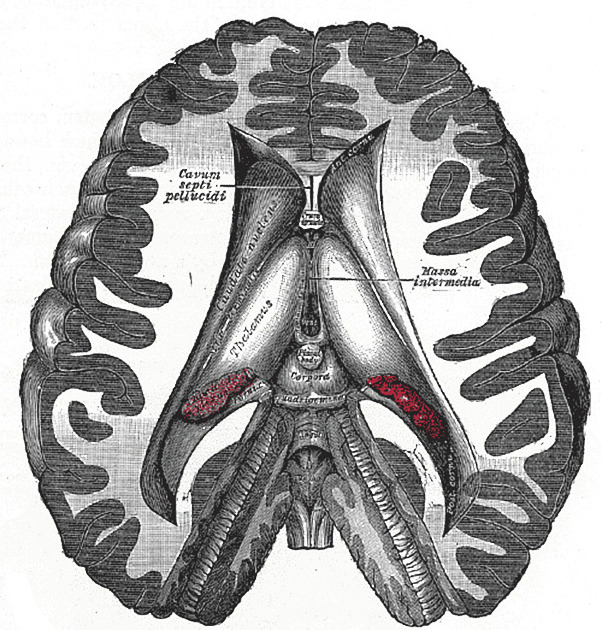 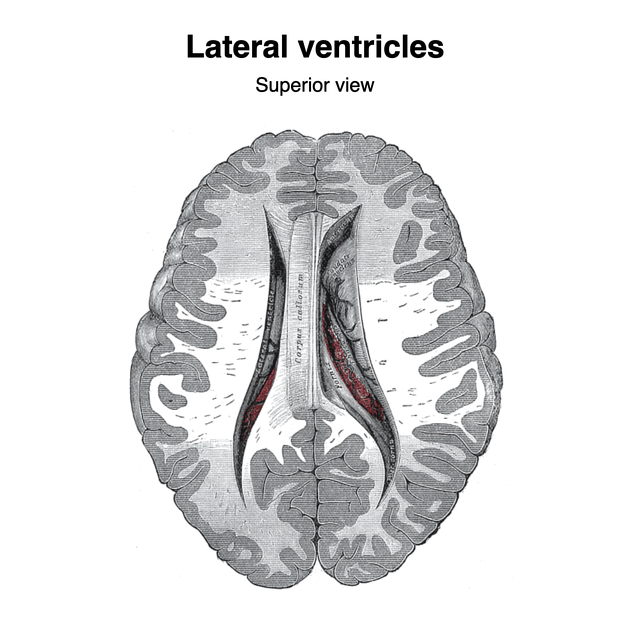 The lateral ventricles are paired CSF-filled spaces in the cerebrum and part of the ventricular system of the brain. They are larger than the third or fourth ventricles, but can be asymmetrical. Each has five divisions, including three horns that project into the lobe after which they are named:

The volume of the lateral ventricles is known to increase with age due to cerebral involution. They may also be enlarged in a number of neurological conditions (e.g. schizophrenia and bipolar disorder) or pathologically enlarged as part of hydrocephalus. ​