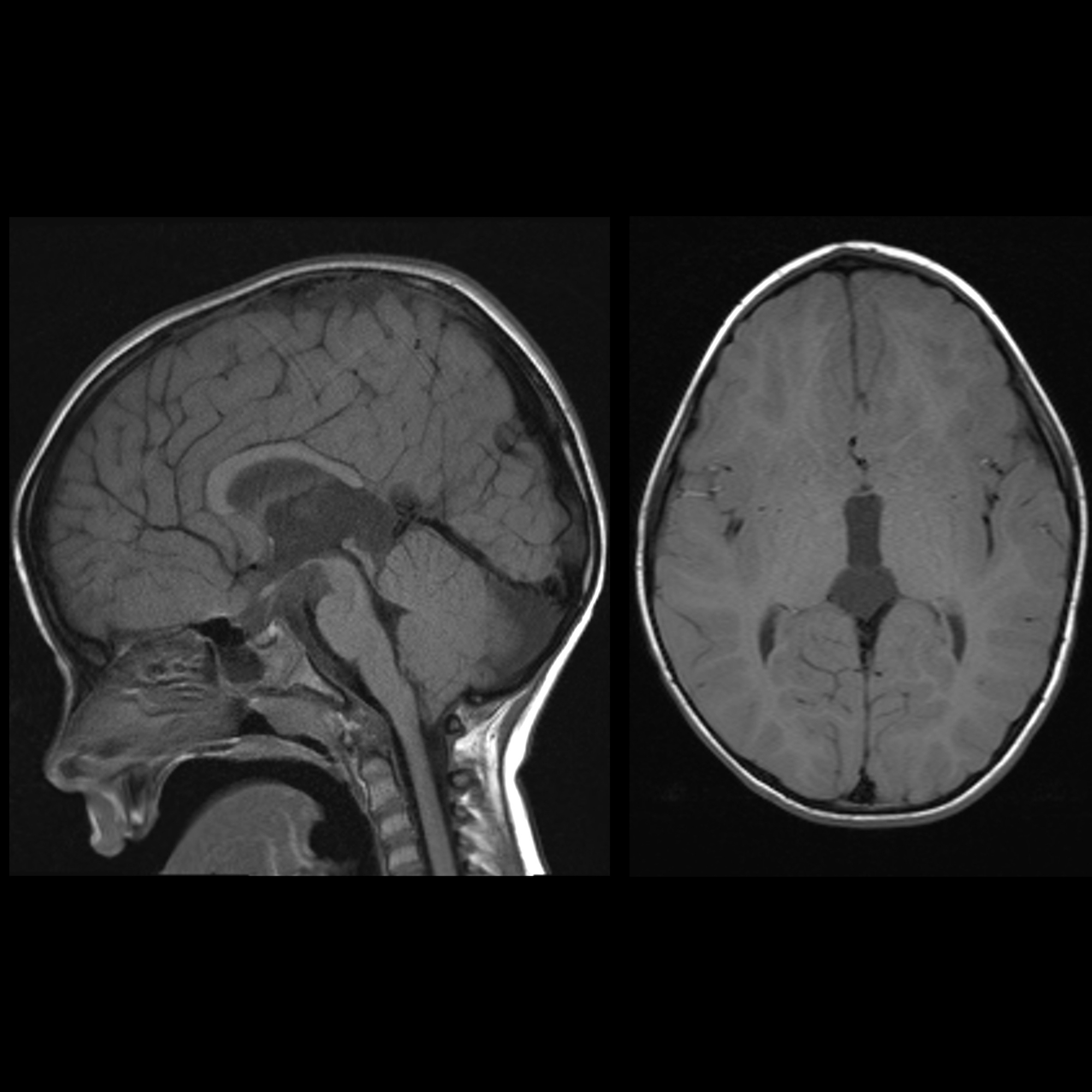 Teenager with
headaches. Sagittal (left) and axial (right) T1 MRI without contrast of the brain show a cystic structure between the atria/trigones of the lateral ventricles, behind the foramen of Monro, beneath the columns of the fornices and above the tela choroidea of the 3rd ventricle.The diagnosis was cavum vellum interpositum.
pediatricimaging.org • CC-by-nc-sa 4.0 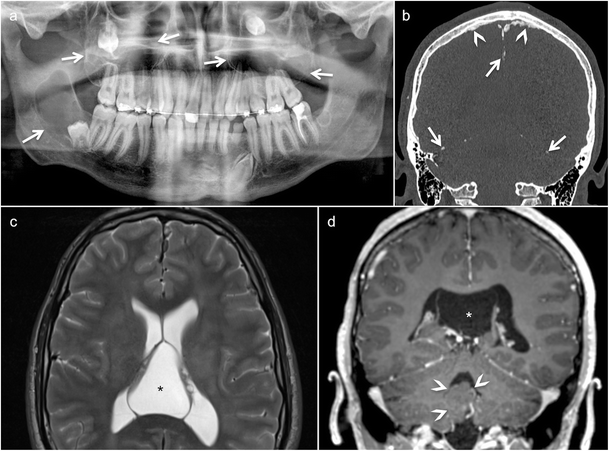 This variation is often detected incidentally and individuals are usually asymptomatic. Sometimes this space is not only visible but expanded as a cystic space, in which case patients may have symptoms relating to altered CSF flow (obstructive hydrocephalus leading to a headache).

Unlike the cavum septi pellucidi and cavum vergae, a cavum veli interpositi has not been associated with neuropsychiatric disorders .

The cavum veli interpositi extends below the splenium of the corpus callosum and the column of the fornix and above the internal cerebral veins. It is triangular in shape, the apex pointing anteriorly reaching as far forward as the foramen of Monro .

A cavum veli interpositi is a relatively frequent finding on imaging of infants and young children, seen in ~25% (range 18-34%) of infants younger than 2 years of age . In most cases, this space closes as the individual ages.

May be seen as a cystic space in the pineal region and is more common in this age group than either pineal cysts or arachnoid cysts . The internal cerebral veins (best seen on color Doppler) can be seen below the cystic space .

Classically seen as an enlarged CSF space situated between the atria/trigones of the lateral ventricles, behind the foramen of Monro, beneath the columns of the fornices and above the tela choroidea of the 3 ventricle.

On axial images may have a triangular configuration pointing anteriorly, its anterior extent never extending further than the foramen of Monro .

On coronal imaging, the fornices are elevated and splayed .

In the vast majority of cases, patients are asymptomatic. In cases where cystic dilatation is present with positive mass effect and obstruction to normal CSF flow, surgical (endoscopic) fenestration may be curative .