Gout in a
radiograph of the [left] foot. Typical (main) localization at the metatarsophalangeal joint of the great toe. Note also the soft tissue swelling on the lateral border of the foot.
Wikipedia • CC BY-SA 3.0 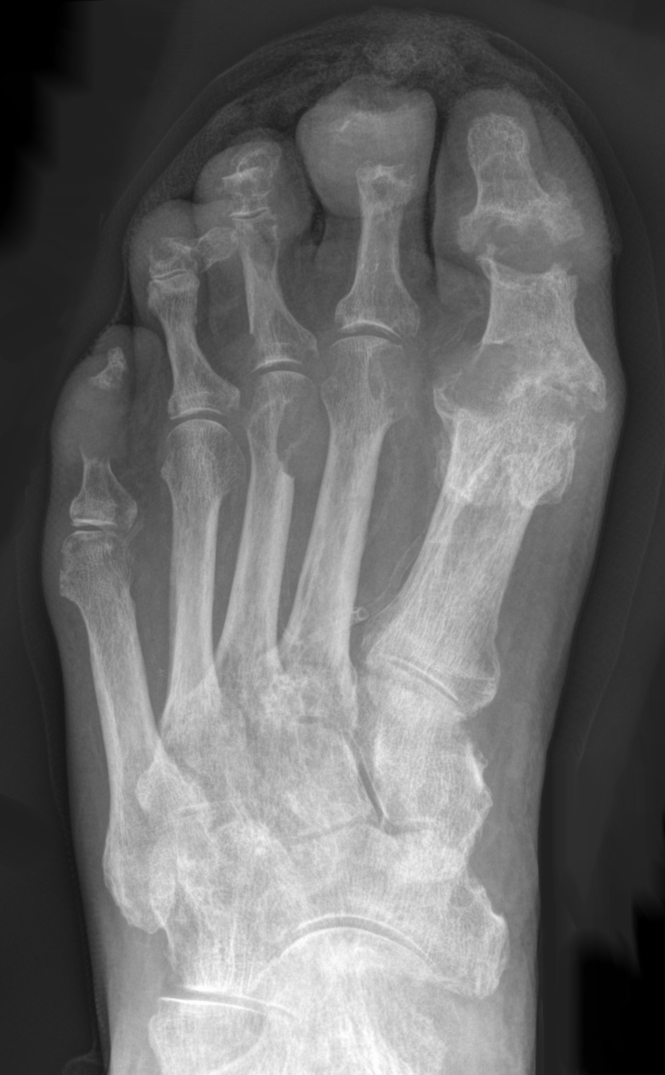 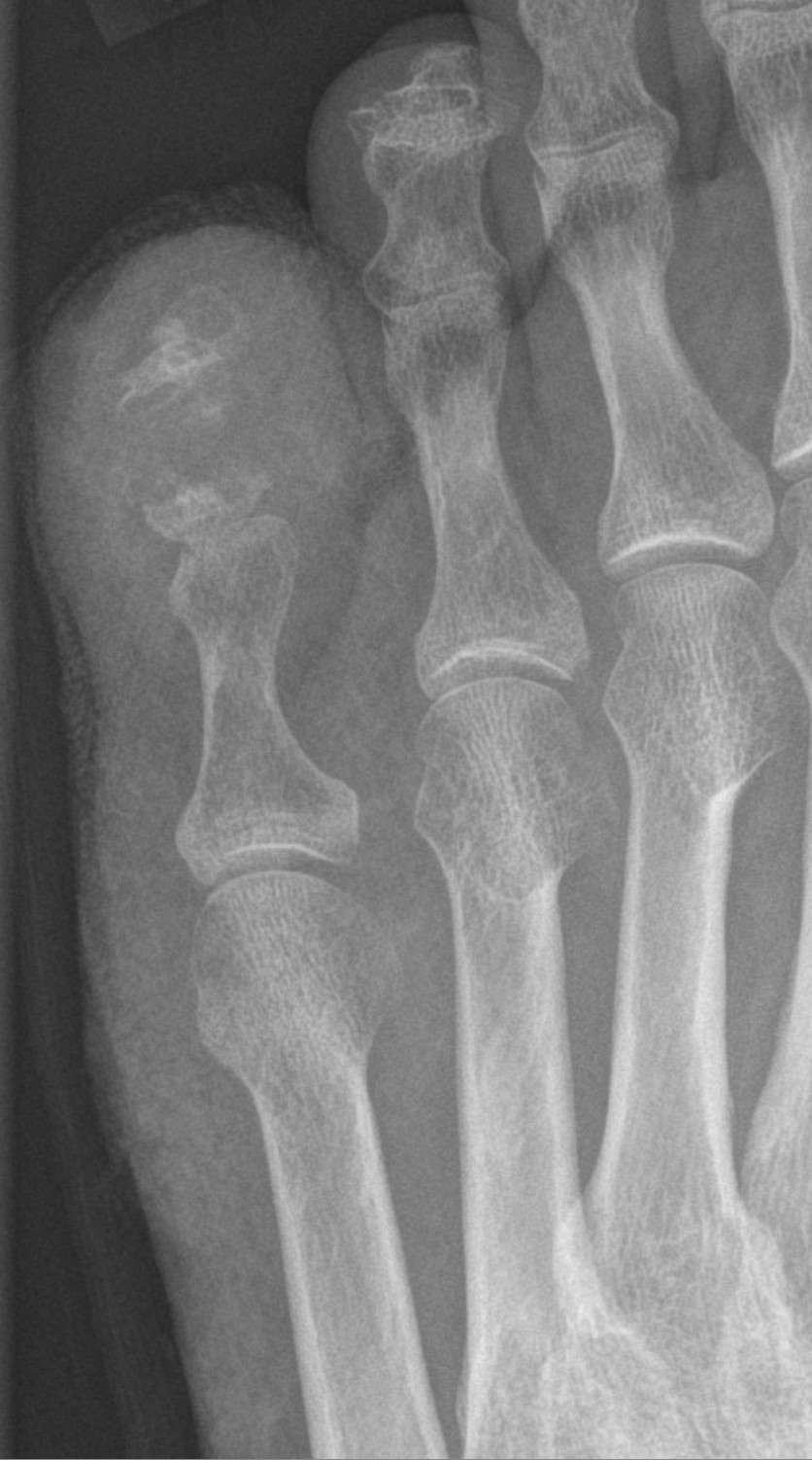 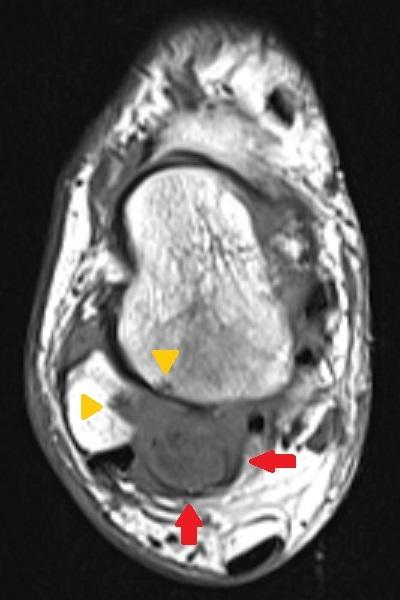 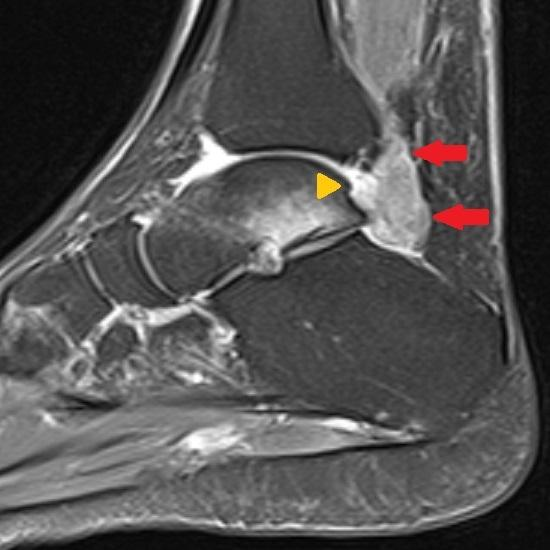 Gout is a crystal arthropathy due to deposition of monosodium urate crystals in and around the joints.

Typically occurs in those above 40 years. There is a strong male predilection of 20:1, with this predilection more pronounced in younger and middle-aged adults. In the elderly, the gender distribution is more equal .

Acute gouty arthritis presents with a monoarticular red, inflamed, swollen joint, typically in the lower limb and classically affecting the first metatarsophalangeal joint (podagra) . It often manifests during sleep, and can later involve more than one joint to become an oligoarthropathy or rarely, a polyarthropathy .

Patients with chronic uncontrolled hyperuricemia, such as those with chronic kidney disease, may develop chronic tophaceous gout. In chronic tophaceous gout, there are solid urate crystal collections (tophi) and chronic inflammatory and destructive changes in surrounding connective tissue . These tophi are typically yellow-white in color, non-tender, and are typically located within the articular structures, bursae, or the ears .

There are five recognized stages of gout:

The reason gout is uncommon in premenopausal women is thought to be due to oestrodiol having a urate-lowering effect .

Usually, has an asymmetrical polyarticular distribution:

Most radiographic findings include the skeletal system.

Characteristic radiologic changes occur in the chronic stage, though not all patients progress to this. There is a predilection for the small joints of the hands and feet. Chondrocalcinosis is present in ~5%.

While there can be variation in appearance, tophi tend to be hyperechoic, heterogeneous, and have poorly defined contours. They can form multiple groups with surrounding anechoic haloes .

Findings generally reflect those on the plain radiograph.

Dual-energy CT can distinguish between urate mineralization and calcification, which may be useful for cases where the clinical and biochemical presentation is atypical .  Allowing for not only visualization and characterization, but also  quantification of monosodium urate crystal deposits, it can be used for treatment monitoring as well .