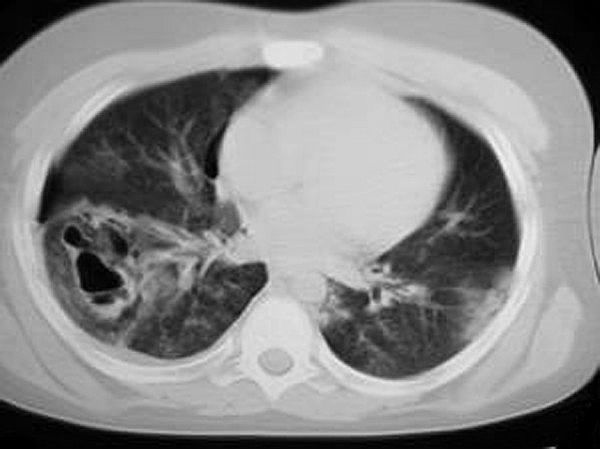 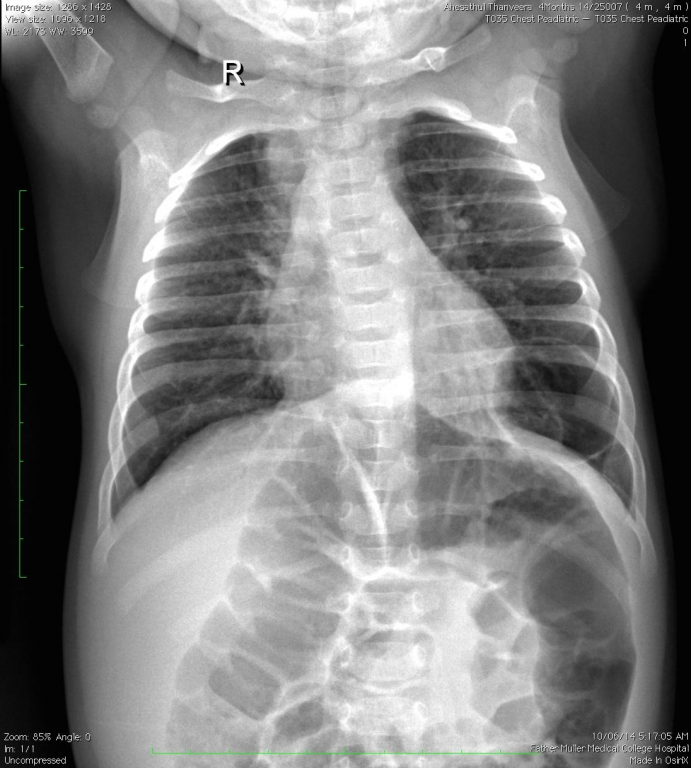 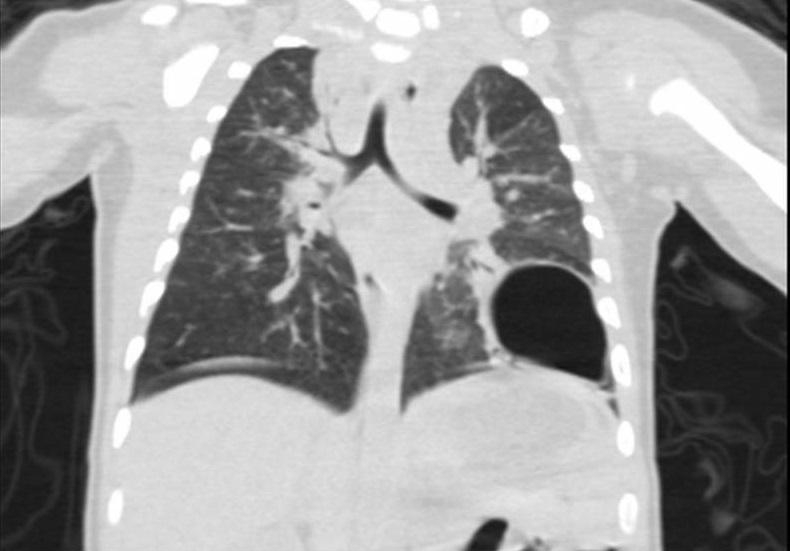 Pneumatoceles are intrapulmonary air-filled cystic spaces that can have a variety of sizes and appearances. They may contain air-fluid levels and are usually the result of ventilator-induced lung injury in neonates or post-infectious. They should not be mistaken for a cavitating lung mass.

Although pneumatoceles are seen in all age groups, they are most frequently encountered in infancy .

Pneumatoceles are typically asymptomatic and, if secondary to pneumonia, remain visible after septic symptoms have resolved . Occasionally pneumatoceles become large enough to compress adjacent lung and the mediastinum enough to cause respiratory or cardiovascular symptoms.

Secondary infection may occur resulting in features of chest sepsis.

The majority of pneumatoceles occur as a result of pneumonia (post-infectious pneumatocele). The causative agents include:

In addition to infection, pneumatoceles are also seen in a number of other settings, including:

Three main theories have been put forward to explain the formation of pneumatoceles :

When mature, pneumatoceles appear as thin walled cystic spaces within the lung parenchyma, containing air. However, it is important to remember that as they usually occur in the setting of infection, their appearance may vary, depending on the stage at which they are imaged.

They tend to appear within the first week of infection and have usually resolved by week six.

If they are imaged during formation, they may have surrounding consolidation and be difficult to distinguish from abscesses. Features that favor a pneumatocele over an abscess are :

Post-infectious pneumatoceles tend to spontaneously resolve, providing that the infection is adequately treated with antibiotics.  Surgical intervention is only required if the pneumatocele causes symptoms due to mass effect or if it ruptures into the pleural space resulting in a pneumothorax.

If thin walled, consider the differential for a single lung cyst.

If thick walled, the differential is generally that of cavitating lung masses and other air-containing lung lesions.

In an older patient, the differential diagnosis for a cavitating lung lesion include: