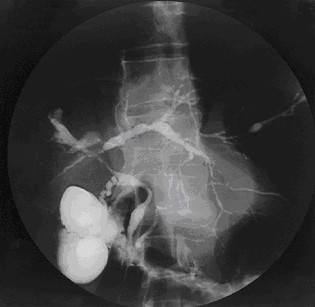 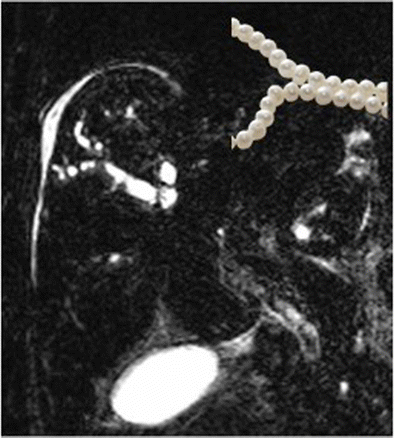 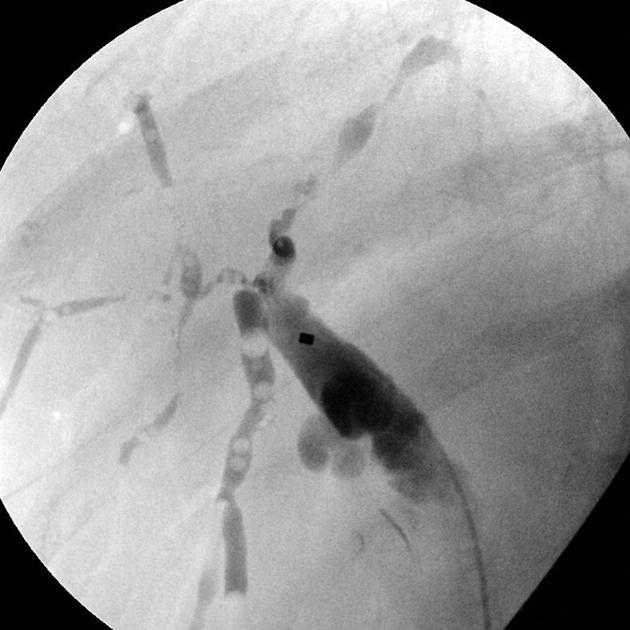 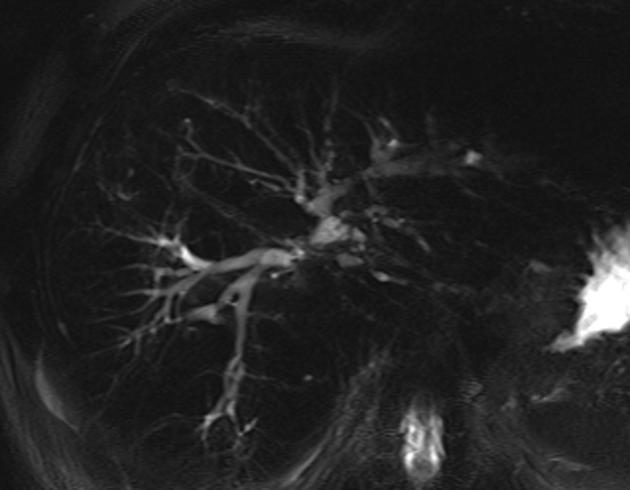 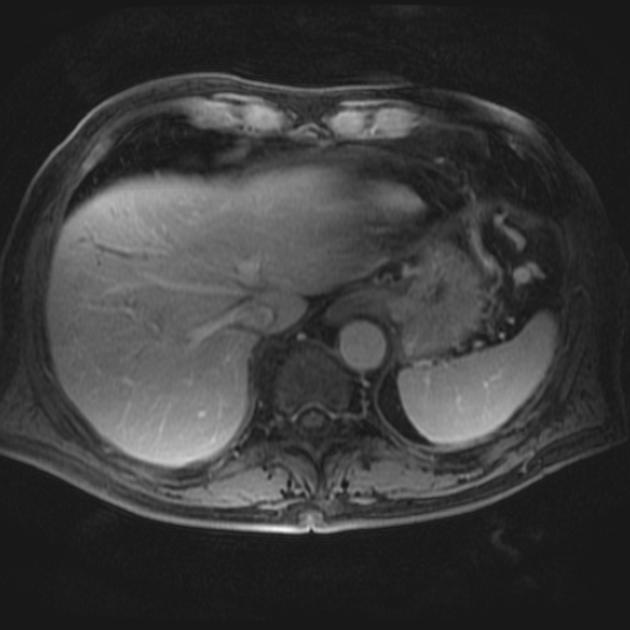 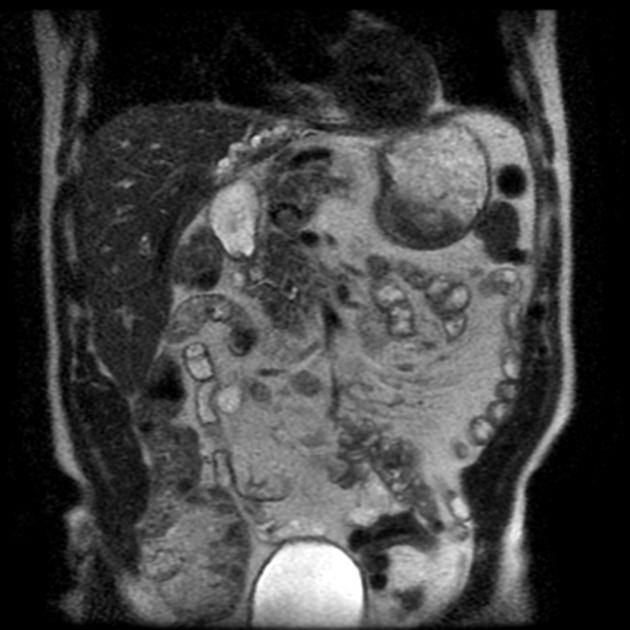 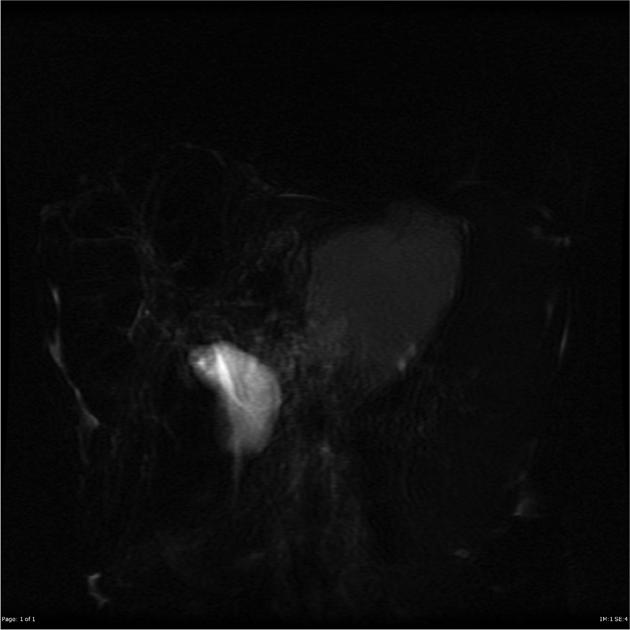 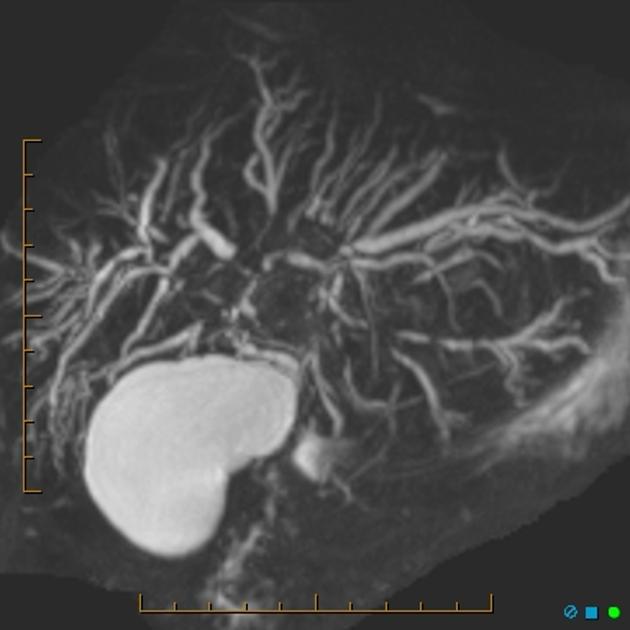 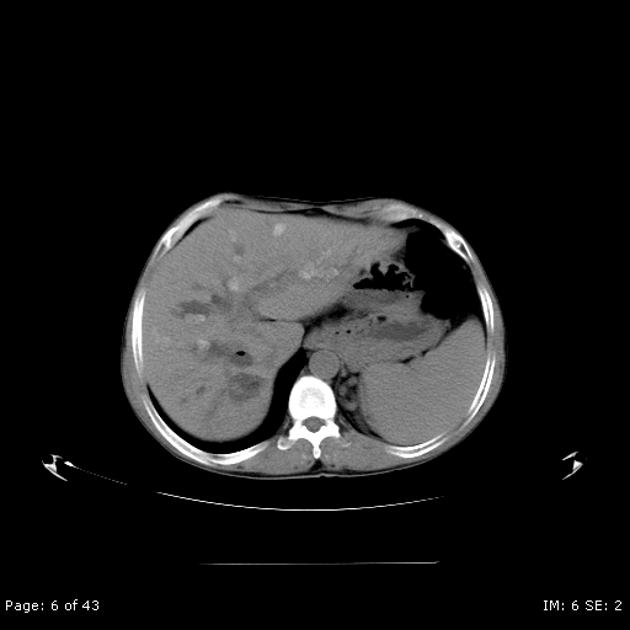 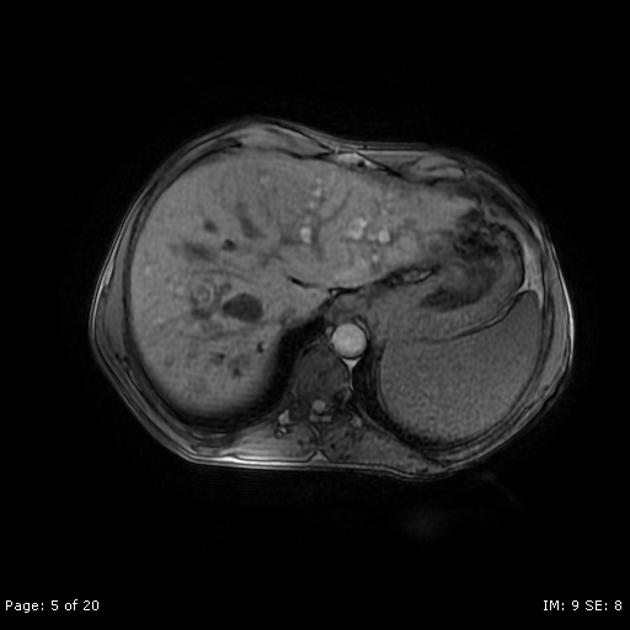 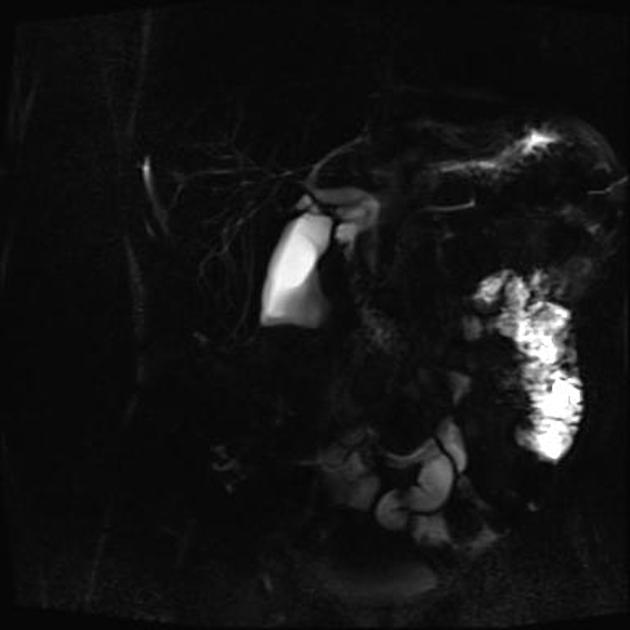 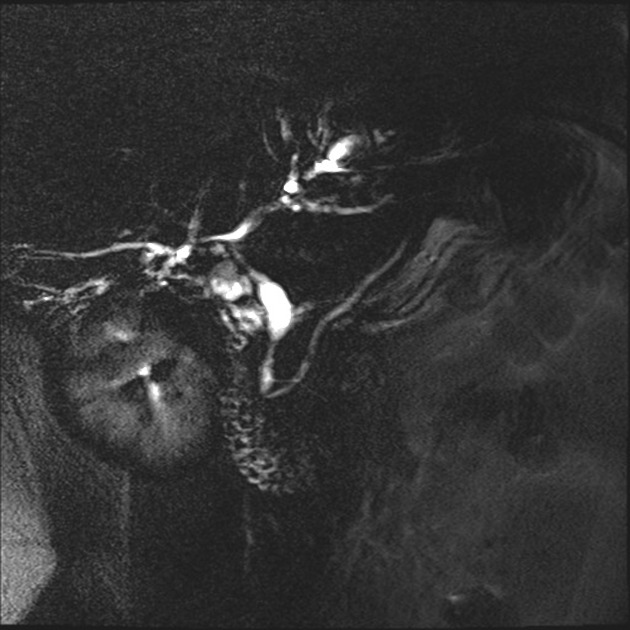 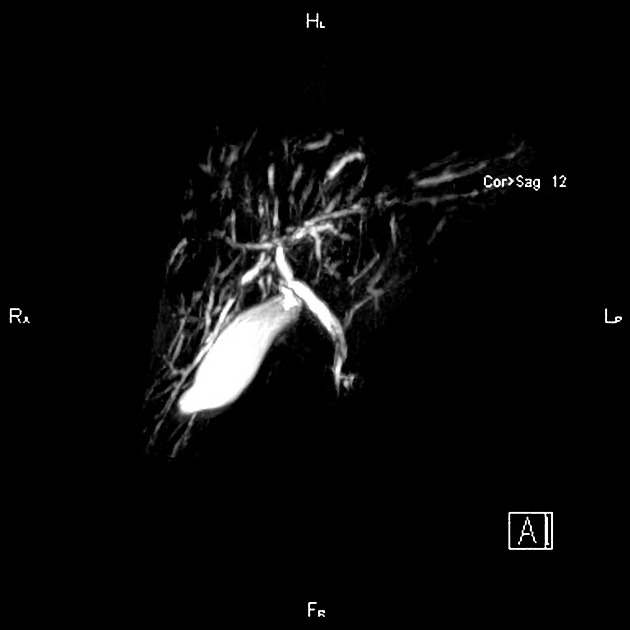 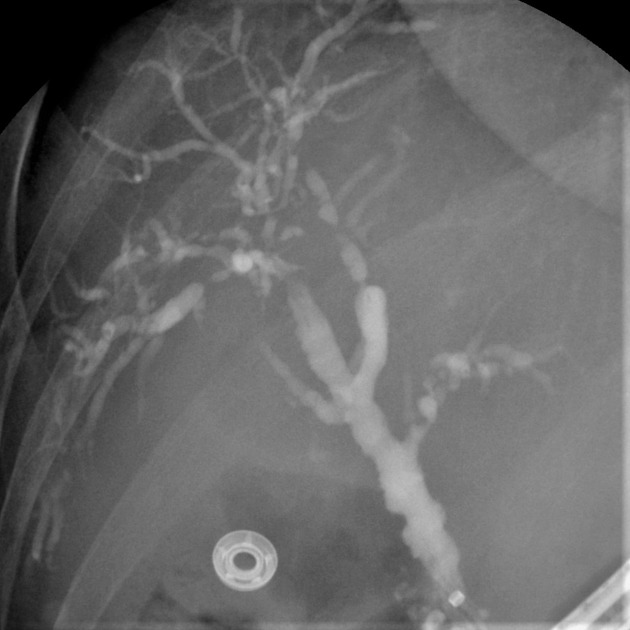 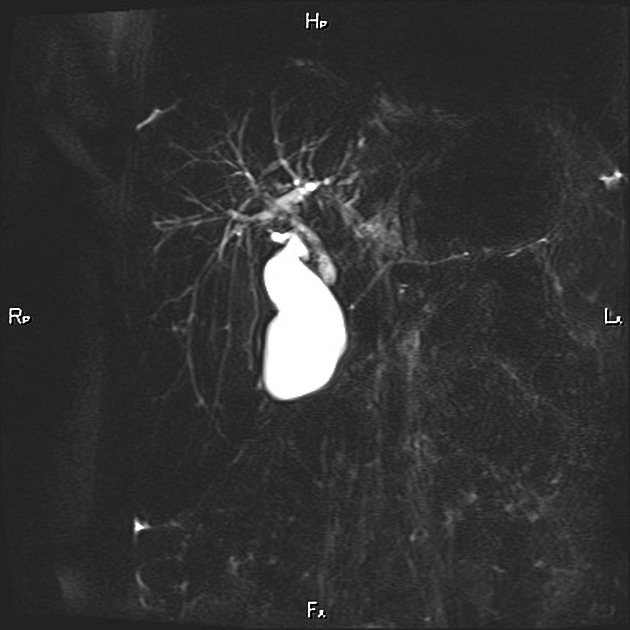 The diagnosis can be made when there are classical imaging features in the correct clinical context, and secondary causes of cholangitis have been excluded .

Unfortunately, no histological findings are pathognomonic for PSC . Frequent findings include :

The entire biliary tree (both intra and extrahepatic) may be involved, with multiple strictures scattered along its length. In ~20% only the intrahepatic and proximal extrahepatic bile ducts are involved.

The end result of PSC is cirrhosis which is usually characterized by a markedly distorted biliary tract and atrophy of the entire liver with the exception of the caudate lobe which is hypertrophied in almost all cases (68-98%) . Atrophy involving the left lobe is a feature which somewhat distinguishes it from cirrhosis from other causes, in which the left lobe is usually hypertrophied .

Ultrasound is able to demonstrate both the changes of cirrhosis and irregularity of bile duct caliber. Additionally, brightly echogenic portal triads may be visible.

PSC is a risk factor for developing gallbladder cancer, so gallbladder polyps should be considered malignancy until proven otherwise.

ERCP has traditionally been the gold standard for the depiction of the biliary tree, and also offers the ability to perform cholangioplasty, if necessary. In practice, however, MRCP is used before ERCP since it is noninvasive, can visualize the liver, and it avoids the 10% risk of hospitalization from ERCP in PSC patients .

The characteristic findings on direct imaging of the biliary tree are :

The only cure available at present is orthotopic liver transplantation (OLT) with 5-year survival rates approaching 80% . However, there is evidence that PSC may recur in 5-20% of patients post-transplantation .

No medical therapy has stood the test of time, with ursodeoxycholic acid, immunosuppression, chelation and antifibrolytic therapy unable to demonstrate consistent benefits over placebo .

Percutaneous cholangioplasty of dominant strictures is usually performed in a retrograde fashion via ERCP or via a transhepatic approach .