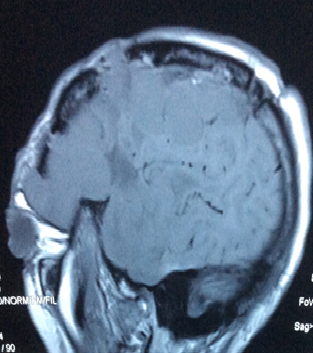 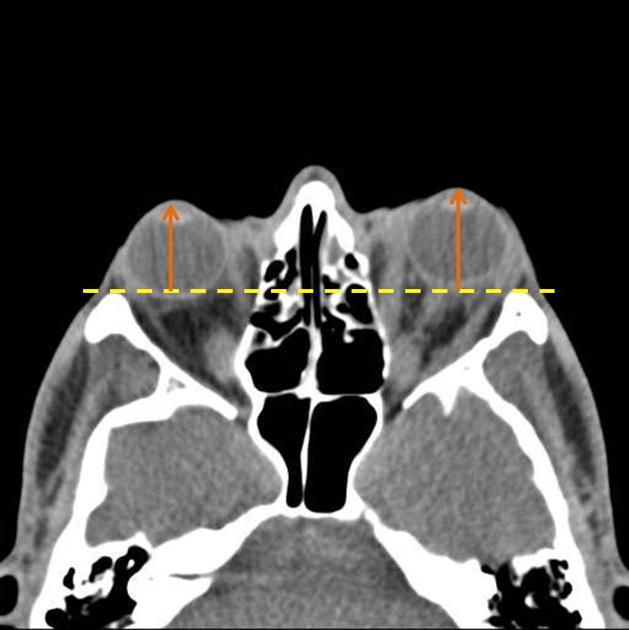 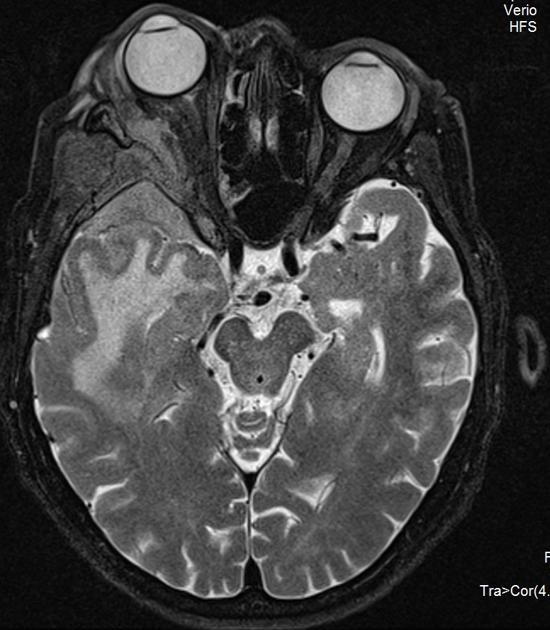 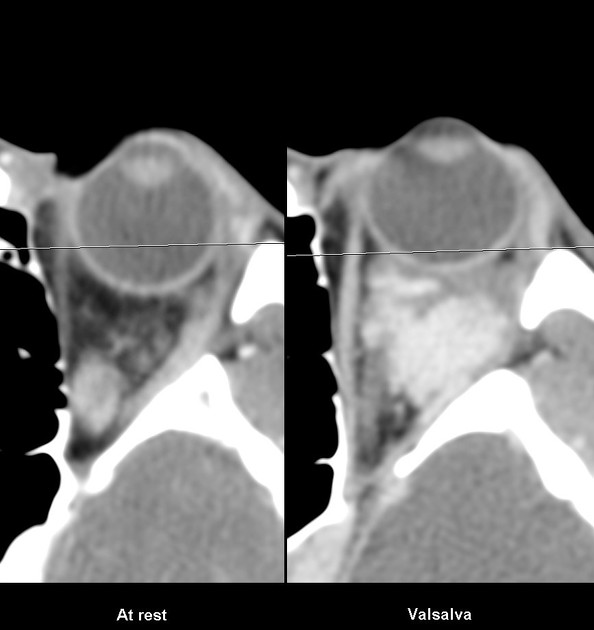 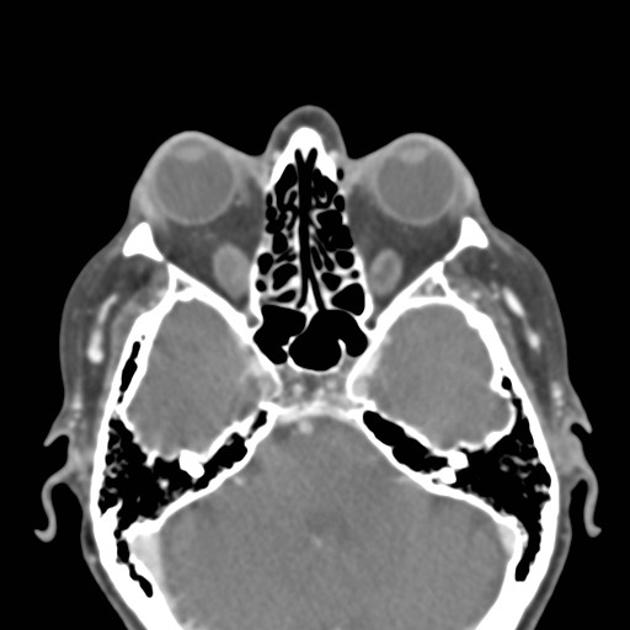 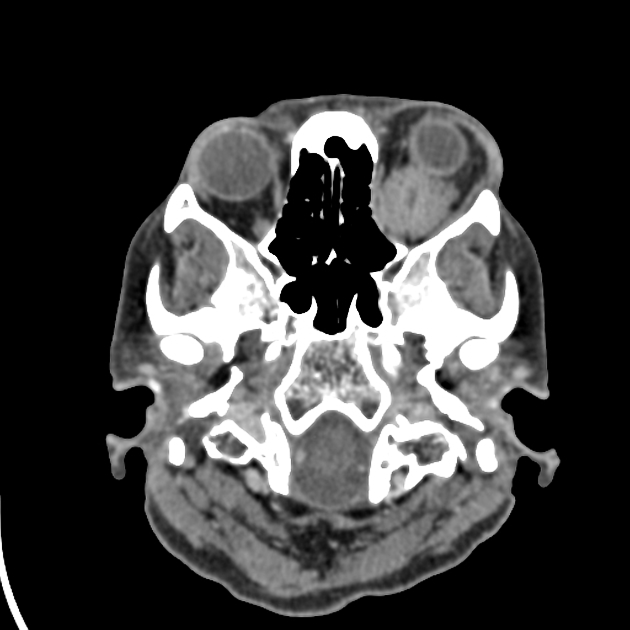 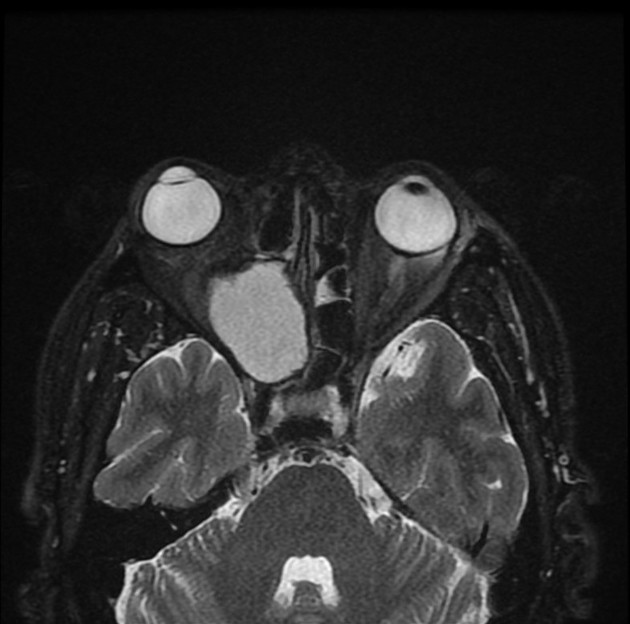 Proptosis refers to forward protrusion of the globe with respect to the orbit. There are many causes of proptosis which can be divided according to location and it is worth remembering that it is not just orbital disease processes that cause proptosis.

Exophthalmos also describes forward protrusion of the globe. Several authors use the terms differently, which can be confusing:

Proptosis can also be used for other viscera (although rarely seen in contemporaneous usage), but exophthalmos only for the eyes.

Enophthalmos is the opposite, referring to displacement of the globe posteriorly.

The causes of proptosis are broad and include a wide range of mass lesions that originate within the cranium, sinuses, paranasal spaces, and orbit :

Assessment of proptosis on cross-sectional imaging is difficult and dependent on the study being acquired in the correct plane:

The reference line for measurement of proptosis is the interzygomatic line (a line is drawn at the anterior portions of the zygomatic bones):

The thickness of the extraocular muscles can also be used .

MRI may also be used in evaluation due to its multiplanar and the inherent contrast capabilities. Use of MR prevents ionizing radiation of the orbits. The imaging findings are similar to those described above for CT.