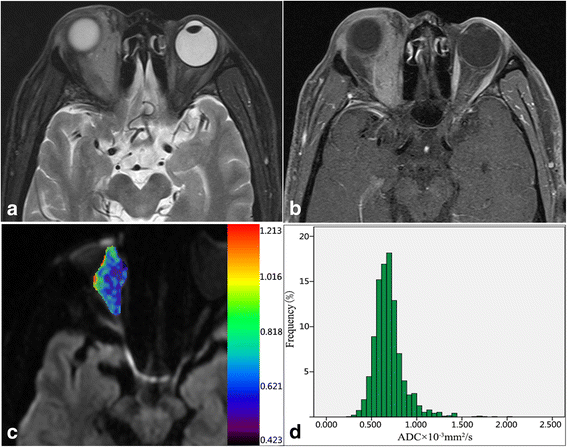 Differentiation
of orbital lymphoma and idiopathic orbital inflammatory pseudotumor: combined diagnostic value of conventional MRI and histogram analysis of ADC maps. A male patient with MALT lymphoma. Axial fat-saturated T2W image a shows a well-defined isointense mass involving intra and extraconal space and extending to the orbit preseptal space. Axial contrast enhanced T1W image b demonstrates homogenous moderate enhancement, lower than that of extraocular muscles. Pixel-by-pixel colored ADC map c was obtained and then embedded with the axial DWI. The corresponding ADC histogram from VOI d shows a top peak and a slight tail on the right. Whole-tumor mean ADC was 0.692 × 10− 3 mm2/s, ADC10 was 0.520 × 10− 3 mm2/s, skewness was 1.81, and kurtosis was 7.51
bmcmedimaging.biomedcentral.com • CC-by-4.0 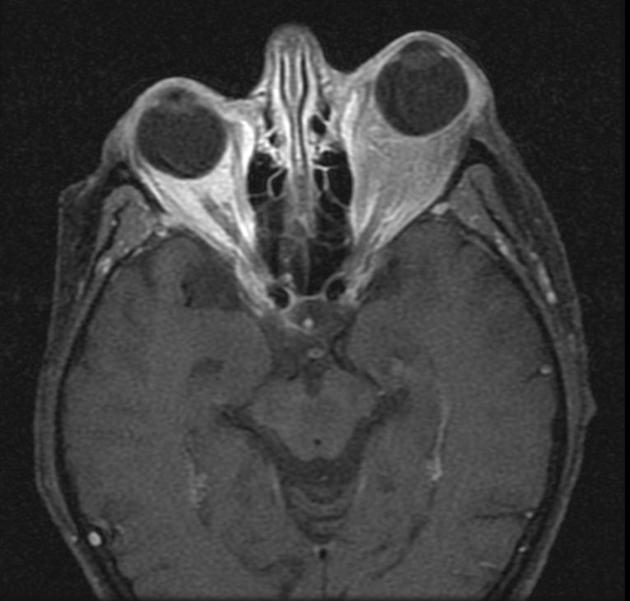 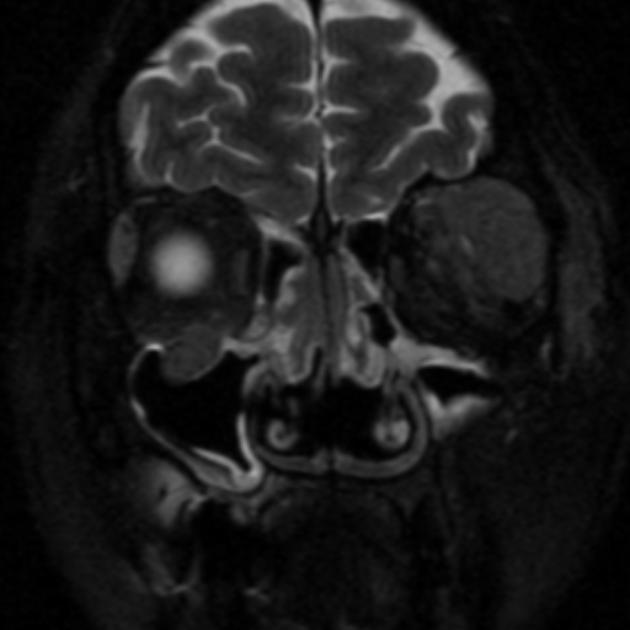 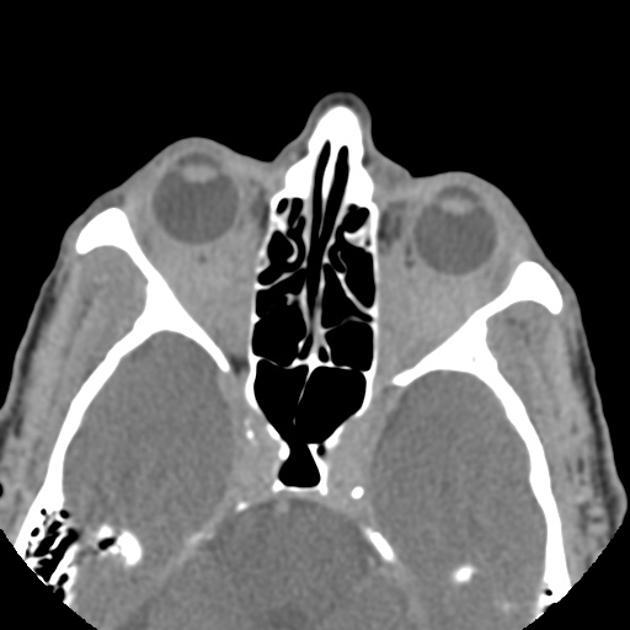 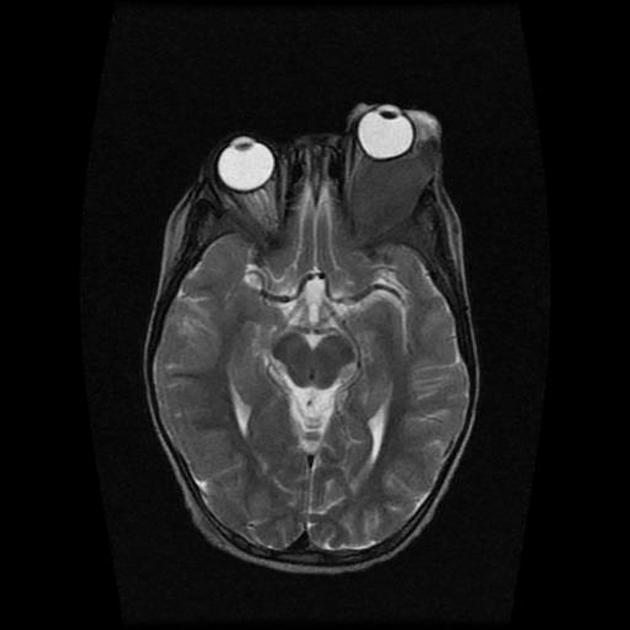 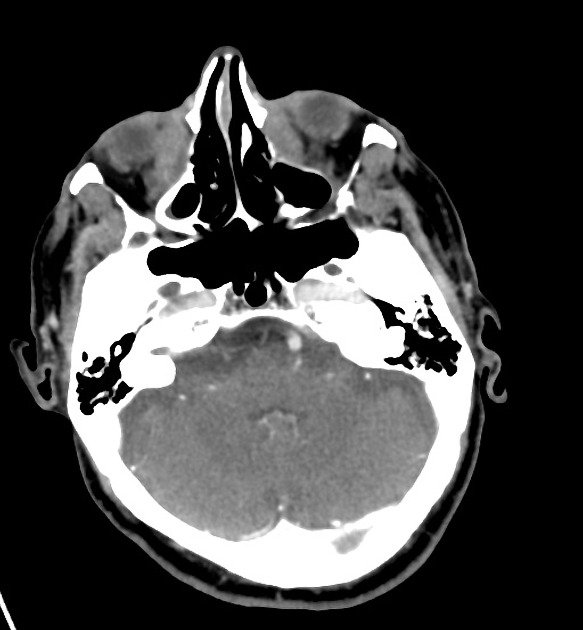 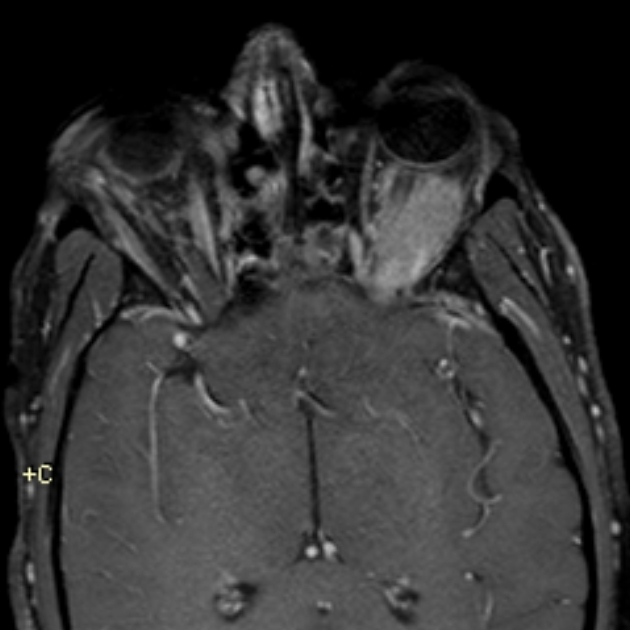 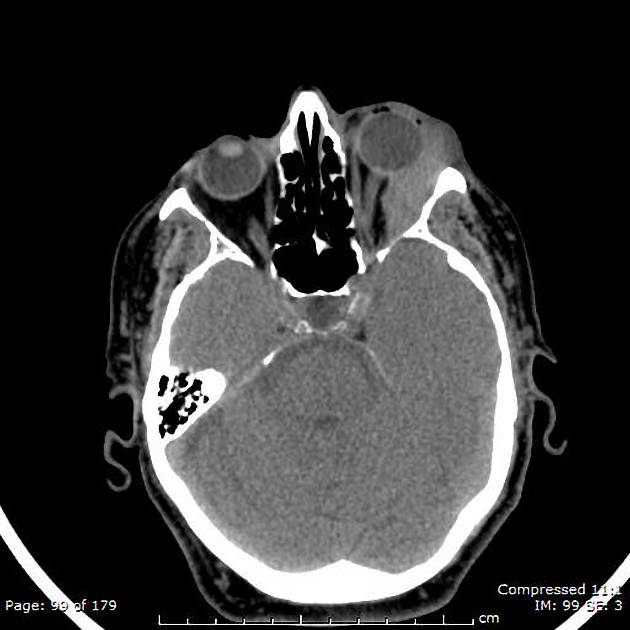 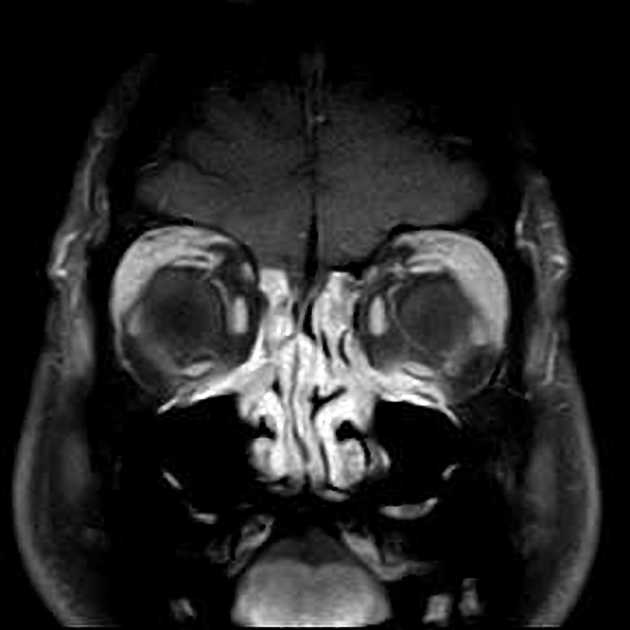 Primary lymphoma of the orbit is one of the commonest orbital tumors and accounts for as much as half of all orbital malignancies. It is a B-cell non-Hodgkin lymphoma, and in most cases arises from mucosa-associated lymphoid tissue (MALT).

Orbital lymphomas account for only 2% of all lymphomas but constitute 5-15% of all extranodal lymphomas and approximately 50% of all primary orbital malignancies in adults .

The possible infective etiology may explain the probable increase in the incidence of orbital lymphomas (see below) .

Typically patients are between 50 and 70 years of age, with no recognized gender predilection .

Clinical presentation is variable as any part of the orbit can be involved. In 25% of patients, the conjunctiva is involved, in which case patients demonstrate a 'salmon-red patch' of swollen conjunctiva .

Patients who do not have conjunctival involvement (75% of cases) present with an orbital mass, usually in the superior lateral quadrant, in proximity to the lacrimal gland :

Generally the mass is painless; however, a subset of patients demonstrates inflammatory-like changes, including pain, erythema, and swelling .

Direct infiltration of the globe and/or optic nerve is rare, and vision is usually preserved .

Orbital lymphoma is a B-cell non-Hodgkin lymphoma, and in most cases arises from mucosa-associated lymphoid tissue (i.e. orbital adnexal MALT lymphoma (OAML)): 50-78% of cases in Western nations, and up to 90% of cases from Japan and Korea . It is unclear, however, if MALT exists normally in the conjunctiva of the eye, or whether it represents a sequela of inflammation (thus the potential link to chlamydial infection). The orbit is otherwise believed to be bereft of lymphatic tissue or lymphatic drainage .

Non-OAML tumors are of a variety of histologies, with diffuse large B-cell lymphoma being relatively common .

Recently an association between Chlamydia psittaci infection and orbital adnexal MALT lymphoma has been described . Infection by Chlamydia psittaci is usually the result of exposure to infected birds and household pets. Patients may go on to develop psittacosis, usually with respiratory tract manifestations .

Orbital lymphoma usually appears as a soft tissue mass, either involving the conjunctiva (especially in the case of orbital adnexal MALT lymphoma (OAML)) or elsewhere in the orbit, frequently in the upper outer quadrant, closely associated with the lacrimal gland.

Although the extraocular muscles may be surrounded or displaced by the mass, they can usually be identified as not being the origin of the tumor, helpful in distinguishing lymphomas from other orbital masses.

Invasion of the globe or optic nerve is rare.

Similar to intracranial lymphoma, the densely cellular nature of these tumors with high nucleus-to-cytoplasm ratio results in relatively specific appearances :

Orbital adnexal MALT lymphoma (OAML) have a better prognosis than other types of orbital lymphomas and are, not surprisingly, more often conjunctival. The recent identification of Chlamydia psittaci as a likely important causative factor in the increasing incidence of orbital lymphomas has lead to antibiotic therapy being used to reduce the size of the tumor and in some cases results in remission .

Surgical biopsy/resection, radiotherapy, and chemotherapy have all been used. Currently, no OAML treatment guidelines exist . An overall 5-year relapse-free rate of 65% is reported, with less than 5% of patients with OAML eventually dying from the disease . Systemic dissemination is only seen in 5-10% of cases .

Similarly, in cases of non-MALT-lymphoma, a combination of two or more of surgical biopsy/resection, radiotherapy, and chemotherapy is usually employed. Prognosis is less favorable.