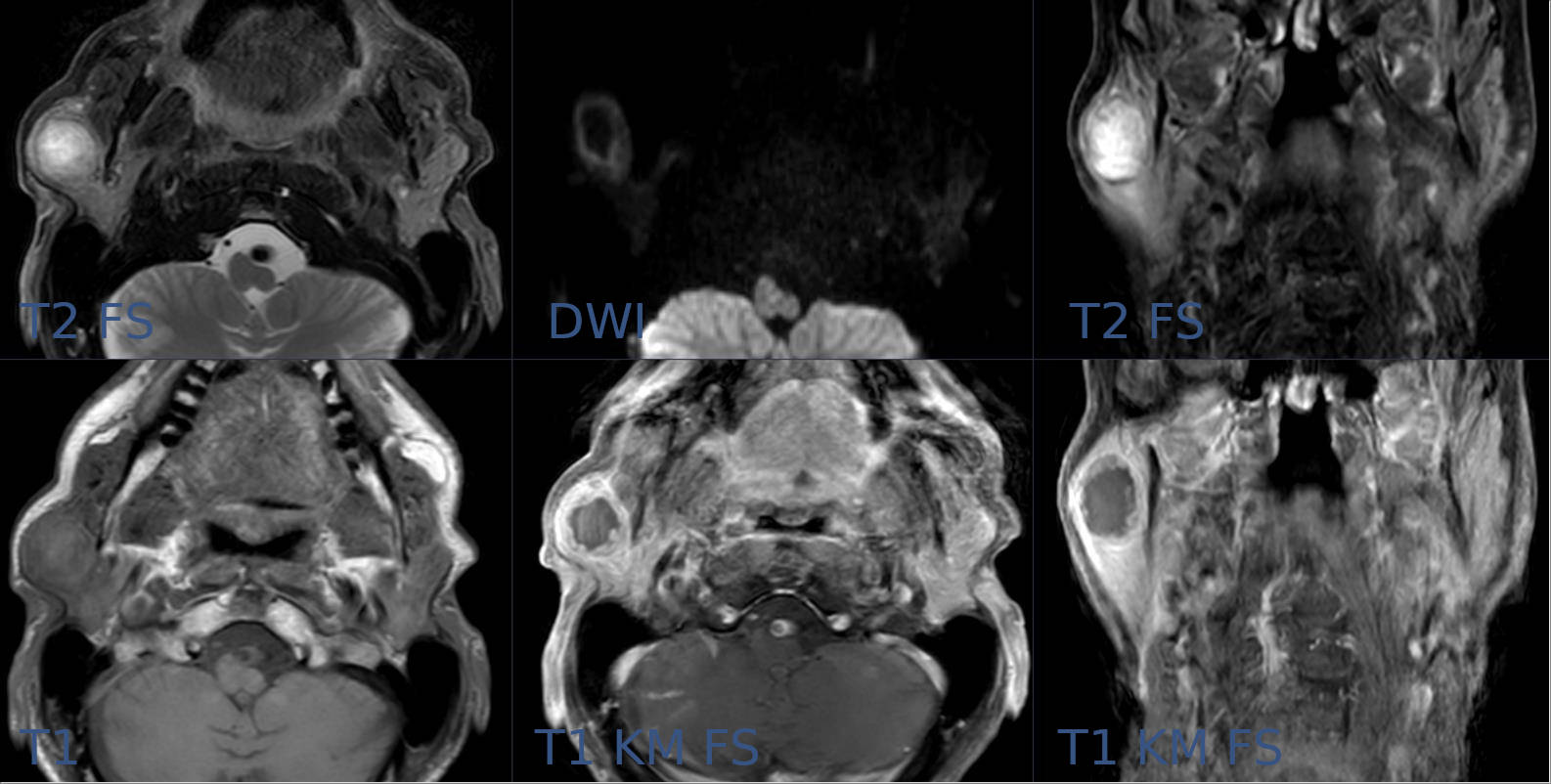 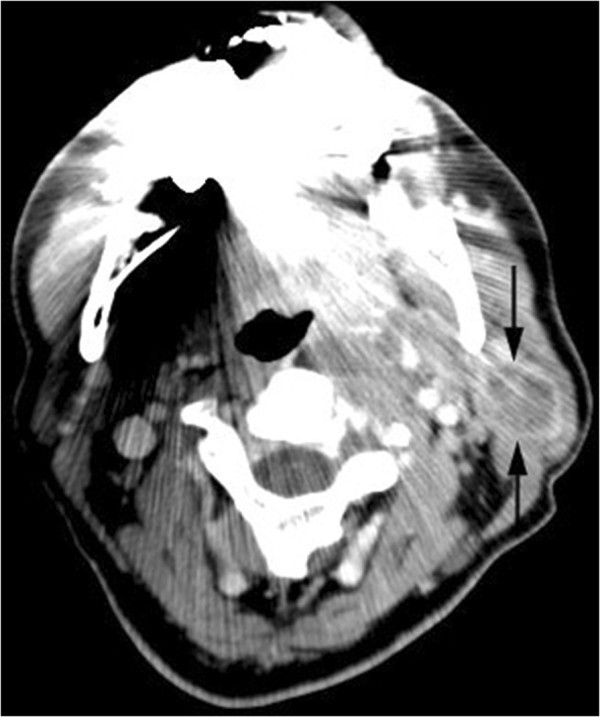 Carotid sinus
syndrome as the presenting symptom of cystadenolymphoma. Computerized tomography (CT) at the level of the submandibular area demonstrating the mass of the left parotid gland extending into the carotid space.
head-face-med.biomedcentral.com • CC-by-2.0 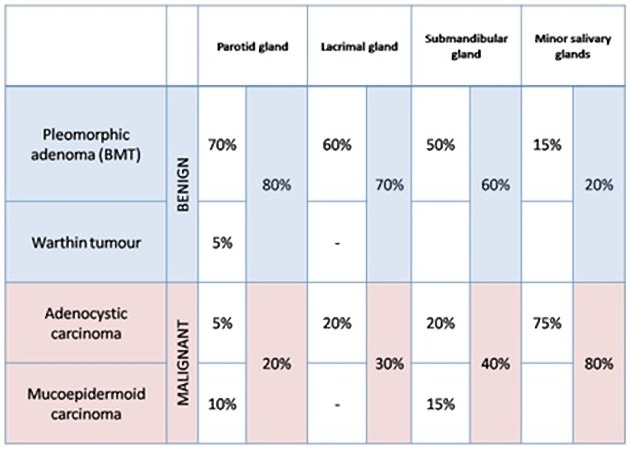 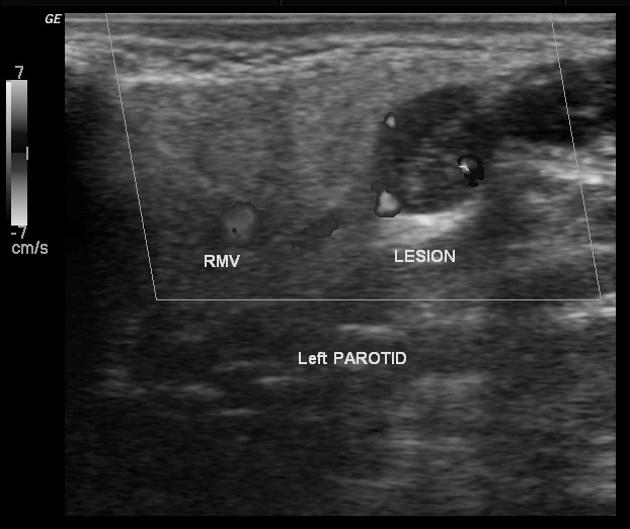 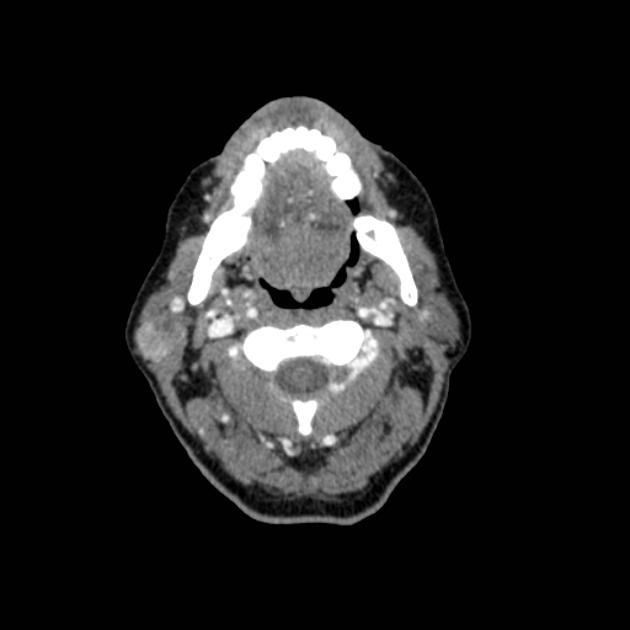 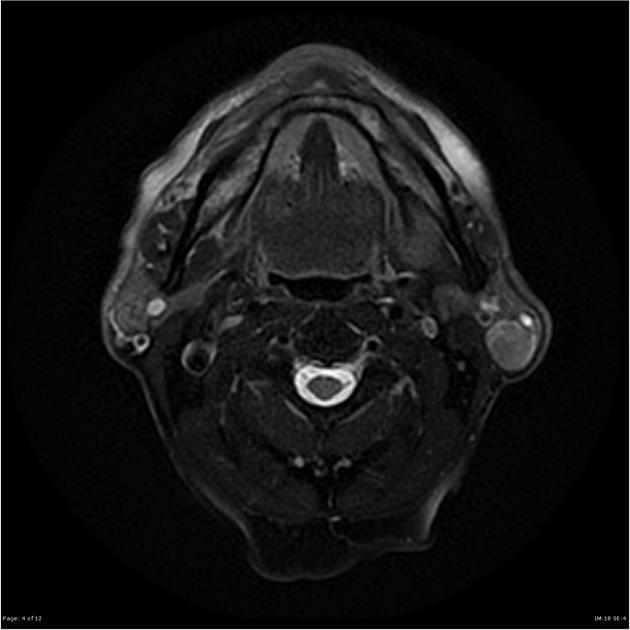 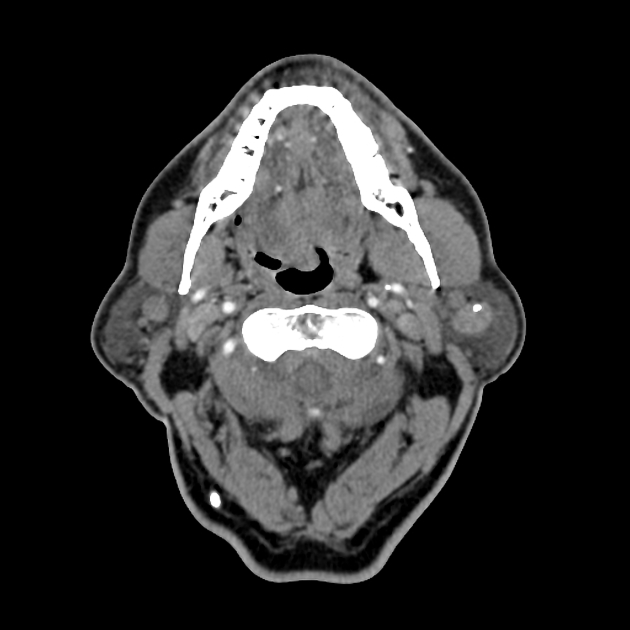 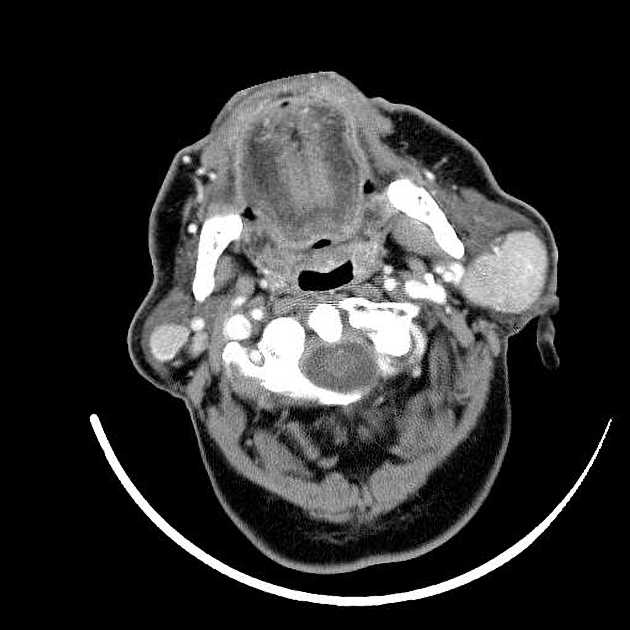 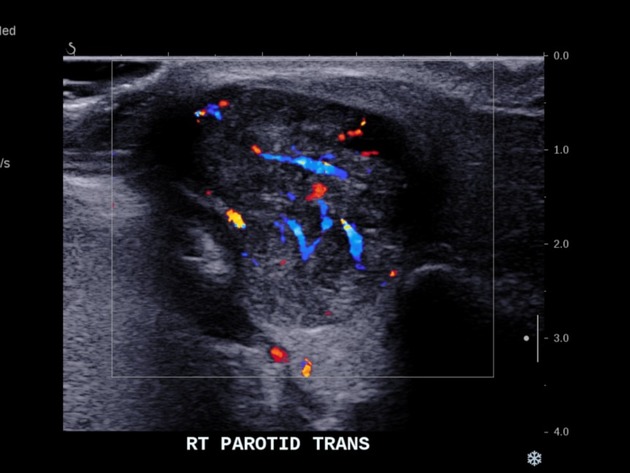 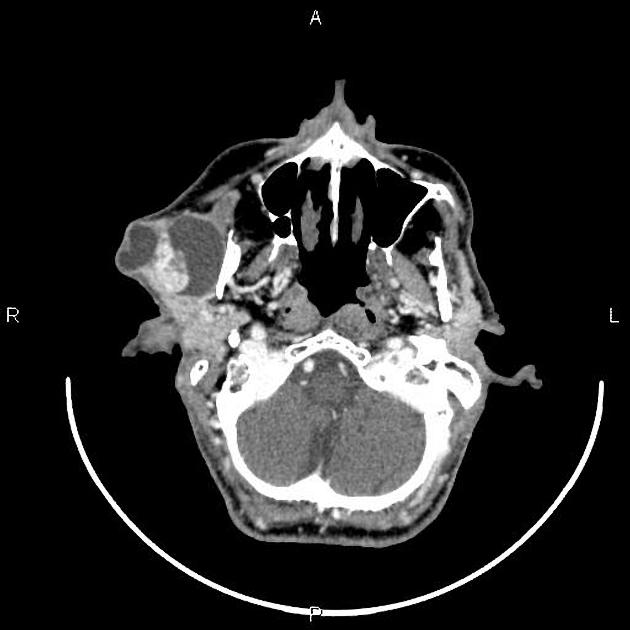 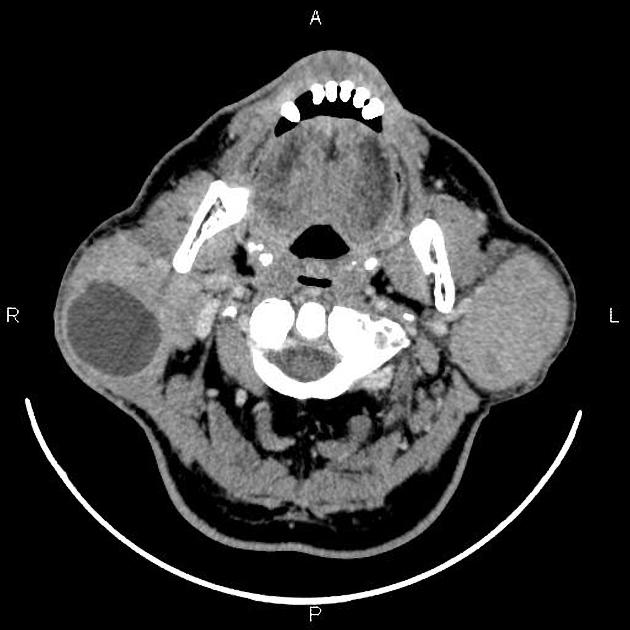 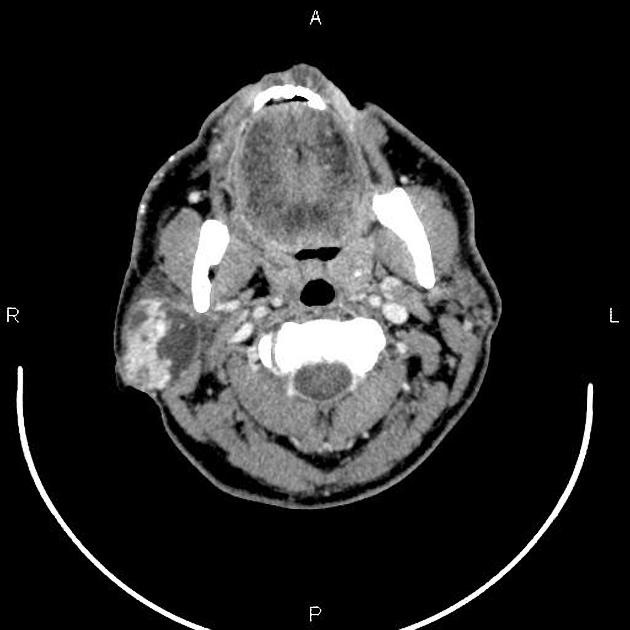 Warthin tumors, also known as lymphomatous papillary cystadenomas, are benign, sharply demarcated tumors of the salivary gland. They are of lymphoid origin and most commonly arise from parotid gland tail. They may be bilateral or multifocal in up to 20% of cases and are the most common neoplastic cause of multiple solid parotid masses.

Warthin tumors are the 2 most common benign parotid tumor (after pleomorphic adenoma) and represent up to 10% of all parotid tumors. They are the commonest bilateral or multifocal benign parotid tumor. They typically occur in the elderly (6 decade), and twice as common in men (2.2:1) . Patients typically present with painless parotid swelling.

They are often multicentric (20%) and are usually small (1-4 cm). They have a typically heterogeneous appearance on all modalities, often with cystic components (30%).

Has a greater tendency to undergo cystic change (~30%) than any other salivary gland tumor .

Most tumors tend to be ovoid, with well-defined margins and multiple irregular, small, sponge-like anechoic areas . Tumors that are large (e.g. >5 cm) tend to have a higher proportion of cystic content than smaller lesions had and in some cases can be composed almost entirely of cystic material. They are often hypervascular.

Well defined and can be bilateral.

They are benign with an extremely low incidence of malignant transformation (~1%). Some advocate surgical excision while others favor conservative management with follow-up imaging. The commonest surgery is a superficial parotidectomy and recurrence rate is low, less than 5% in one of the largest published series .