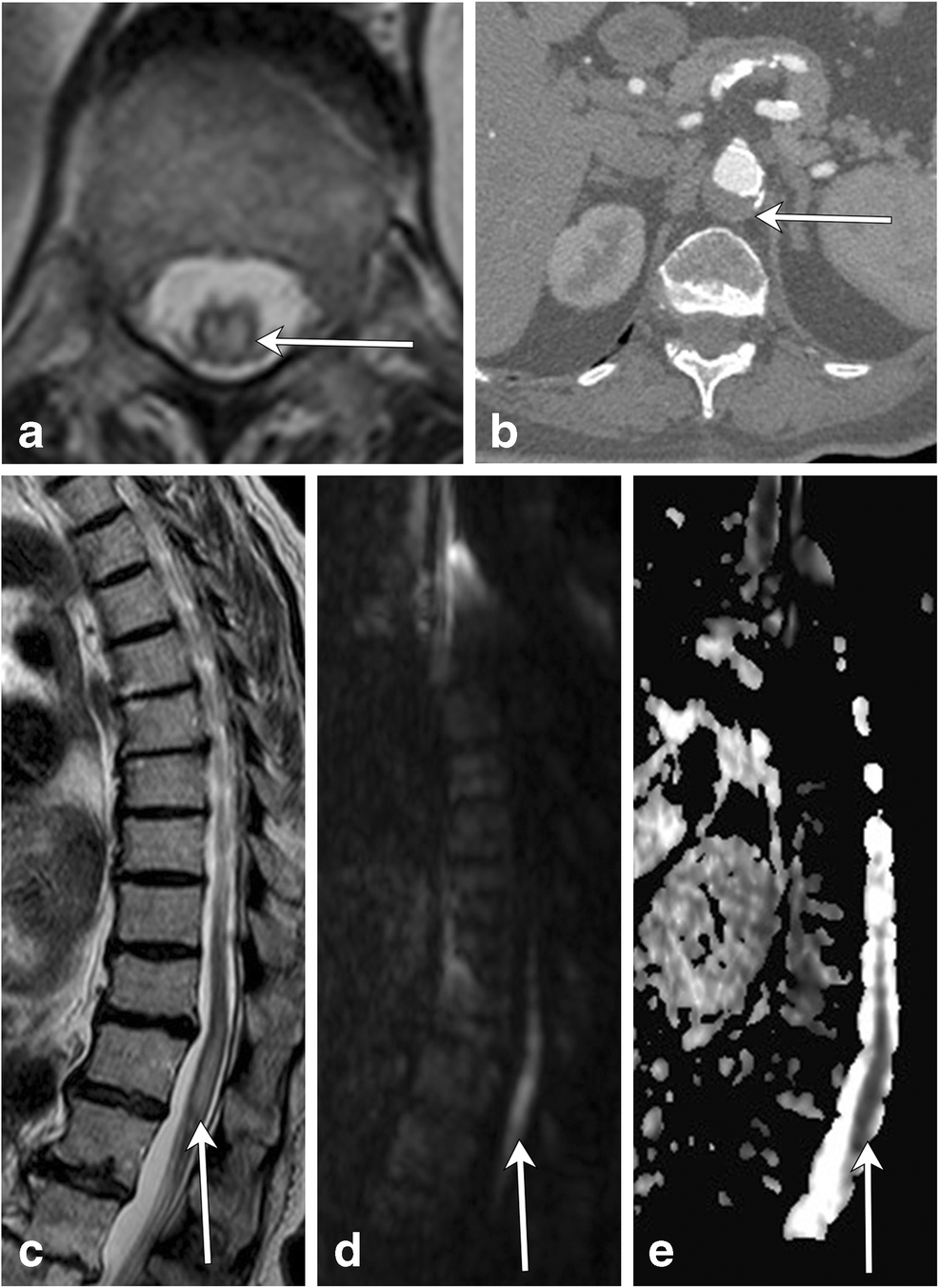 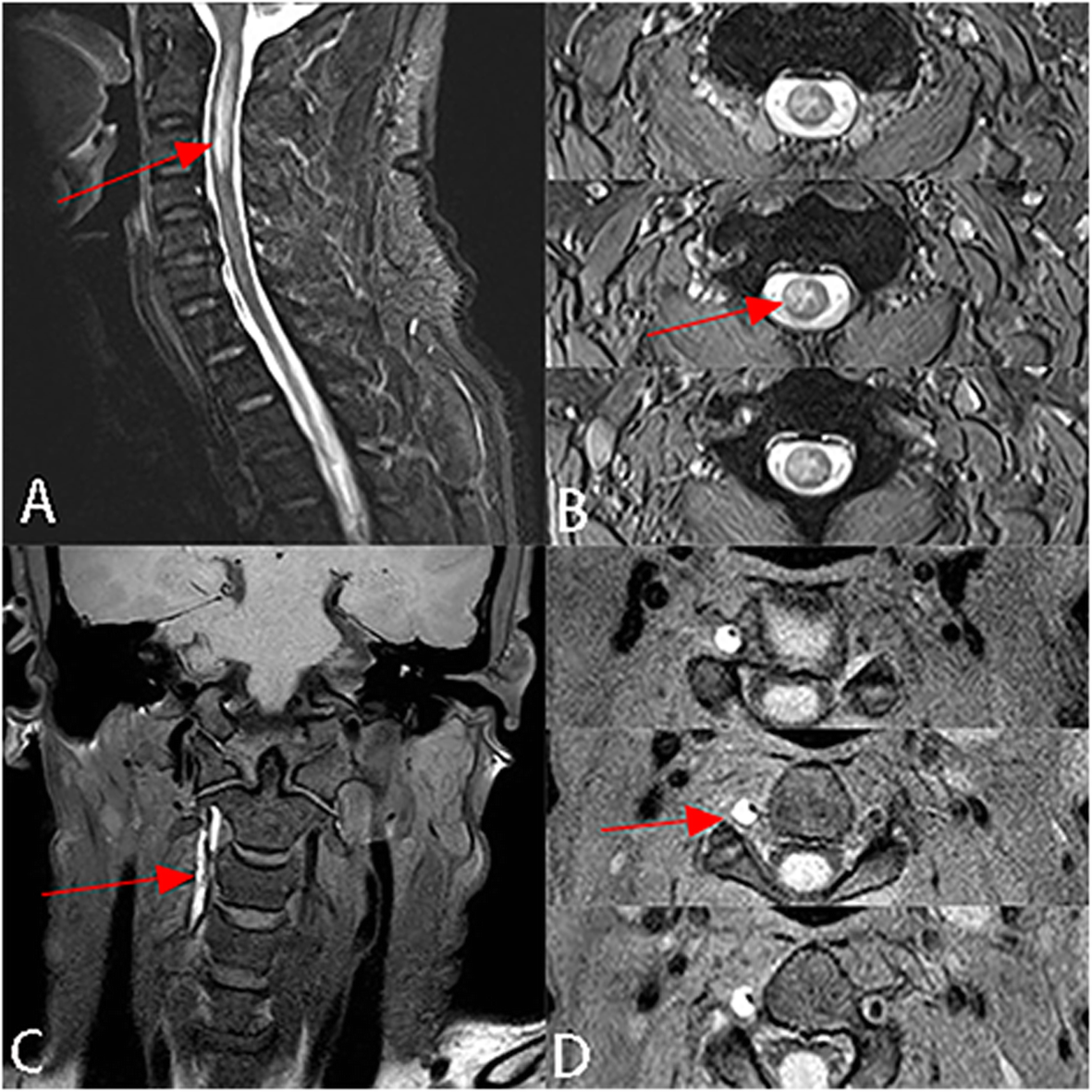 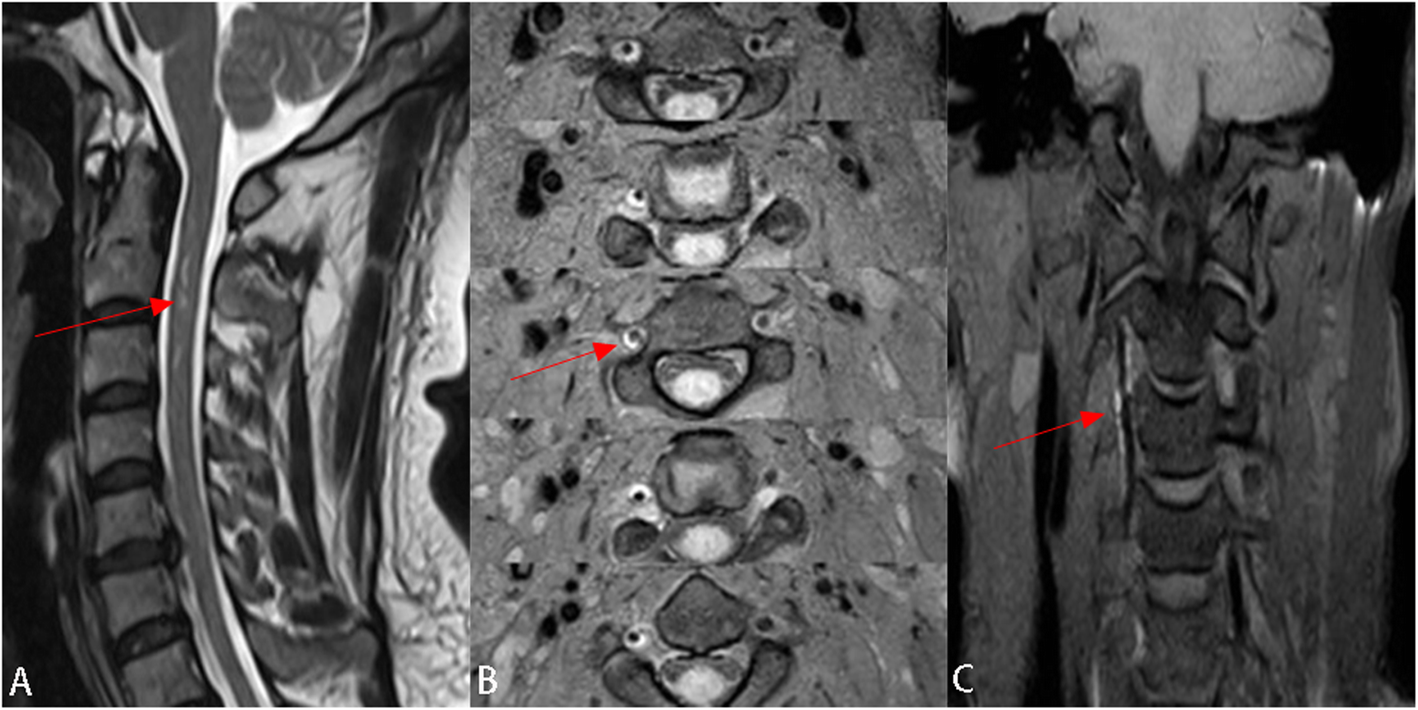 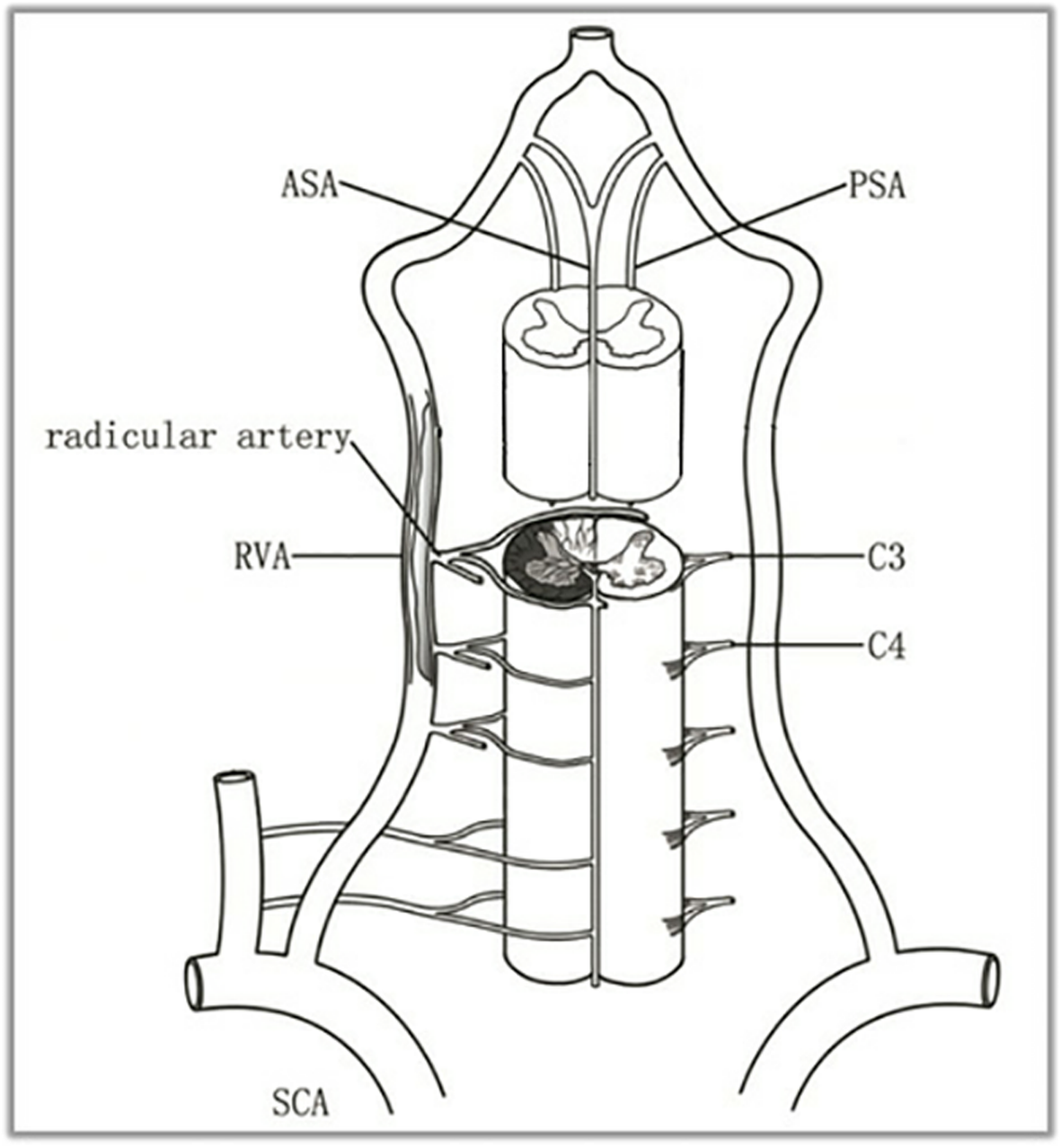 Acute spinal cord ischemia syndrome is uncommon, but usually presents with profound neurological signs and symptoms, and the prognosis is poor.

Acute spinal cord ischemia syndrome represents only 5-8% of acute myelopathies and <1% of all strokes . The demographic of affected individuals will reflect the underlying cause, although generally, two peaks are present with different etiologies. In childhood, most cases are due to trauma or cardiac malformations . In contrast, adults tend to be affected in later life, and when a cause is usually identified the result of atherosclerosis, and related complications (e.g. thoracoabdominal aortic aneurysm, thromboembolism) .

Initial symptoms include severe back pain (60-70%), loss of bladder control (60%) and bowel control (40%) . Perhaps a little counter-intuitive, given that the anterior cord is most commonly involved, the first symptom noticed is more frequently sensory (60%) .

Although the exact nature of neurological impairment depends on the pattern and level of involvement, generally impairment is sudden and severe with an inability to walk due to paraplegia and paraparesis with quadriplegia or tetraplegia seen in patients with higher cord lesions. Almost all patients have some sensory disturbance, and the majority of patients require urinary catheterization .

The pattern of neurological impairment can be divided into a number of separate entities, although there is much variability in the nomenclature and description of these patterns in the literature. A perhaps somewhat simplistic approach, but one that most people would agree with, divides spinal cord infarcts into two common patterns according to which spinal artery is involved :

There are a number of less common presentations, which vary widely in terminology, including :

It is worth noting that whether chronic degenerative change of the cord, with osteophytes or disc protrusions compressing the cord, is an underlying cause of acute spinal cord ischemia is controversial .

MRI is the gold standard in imaging the spinal cord and should be obtained in all patients with suspected cord infarction, not only to confirm the diagnosis but perhaps more importantly to exclude other more readily treated causes of cord impairment (e.g. compression).

The hallmark of spinal cord infarction is the presence of abnormal T2 signal within the cord, the pattern of which will depend on the territory.

Diffusion-weighted imaging is challenging in the spine, largely due to physiological CSF flow induced artifact, but can show restricted diffusion, is being increasingly used .

In the acute phase, the cord can also appear expanded due to edema.

Involvement of the anterior spinal artery represents the majority of cases, and the anterior and central portion of the cord are involved, most frequently bilaterally. In many instances, the anterior horn cells are primarily involved and demonstrate prominent high T2 signal resulting in pencil-like hyperintensities extending over a number of levels. On axial imaging, this appears as two bright dots, the so-called owl eye appearance .

Central involvement can be more extensive than this, involving not only the grey matter but also the central white matter, sparing only a thin rim of surrounding peripheral white matter .

In some instances, the adjacent vertebral body demonstrates infarction, although this is not a common finding .

Not surprisingly, the degree of involvement of the cord and degree of swelling herald a poor prognosis, with many patients not being able to walk and requiring long-term urinary catheterization.

In one study, of patients who survived and were able to be followed up ~50% were eventually able to walk independently, 30% were able to do so with walking aids, and 20% remained wheelchair bound .

Similar outcomes were found for urinary continence, with ~50% having regained normal function, 30% having intermittent incontinence, and 20% requiring persistent catheterization .