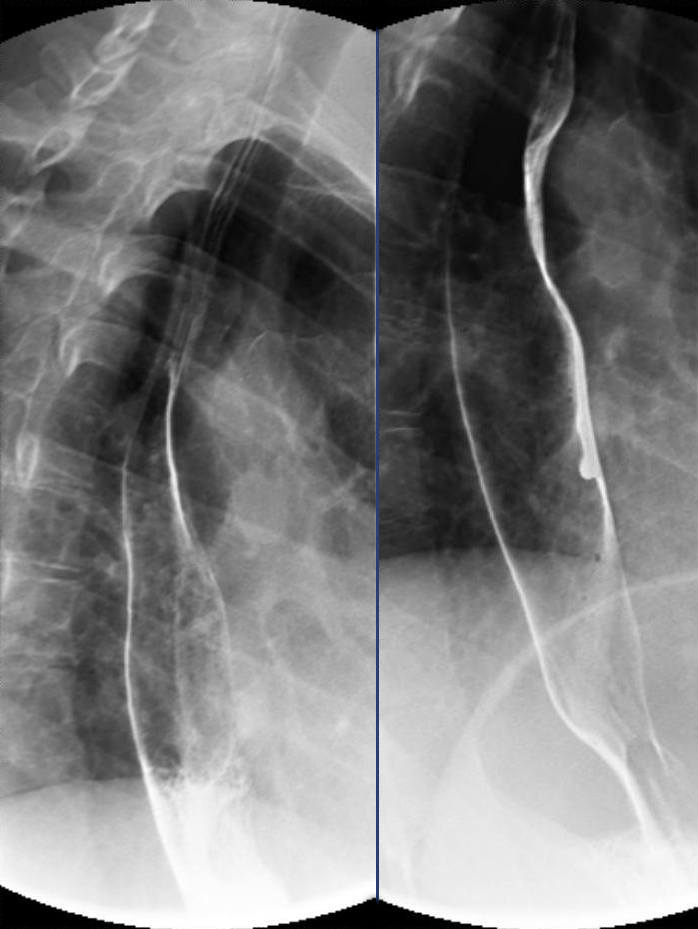 As the clinical presentation, radiographic appearances and differential diagnosis vary with the location of involvement these are discussed sequentially by region.

For a general discussion of scleroderma, please refer to the parent article: scleroderma.

Smooth muscle atrophy and fibrosis are thought to be the chief underlying mechanism which leads to luminal dilatation, reduced motility and reduced sphincter tone.

The esophagus is affected in 80% of scleroderma cases. Symptoms include heartburn and dysphagia.

The differential diagnosis includes other causes of a dilated esophagus (see achalasia pattern) and includes:

The small bowel is affected in more than 60% of scleroderma patients, the duodenum most frequently. Patients may be asymptomatic or may present with bloating or malabsorption due to bacterial overgrowth.