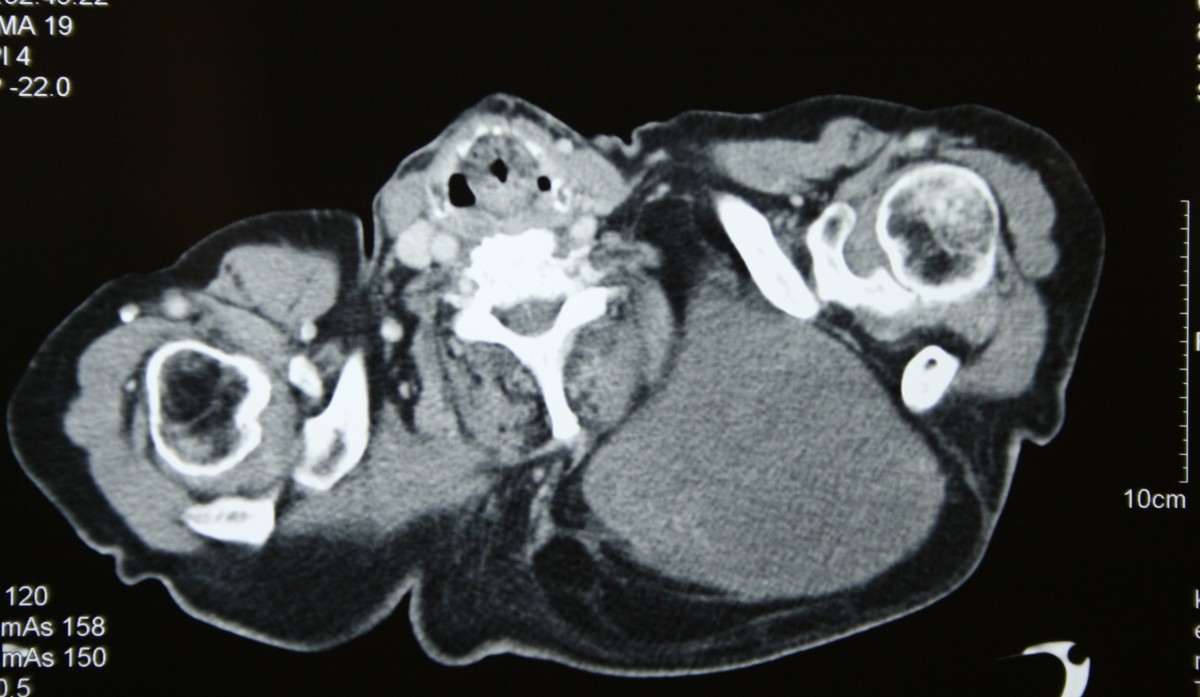 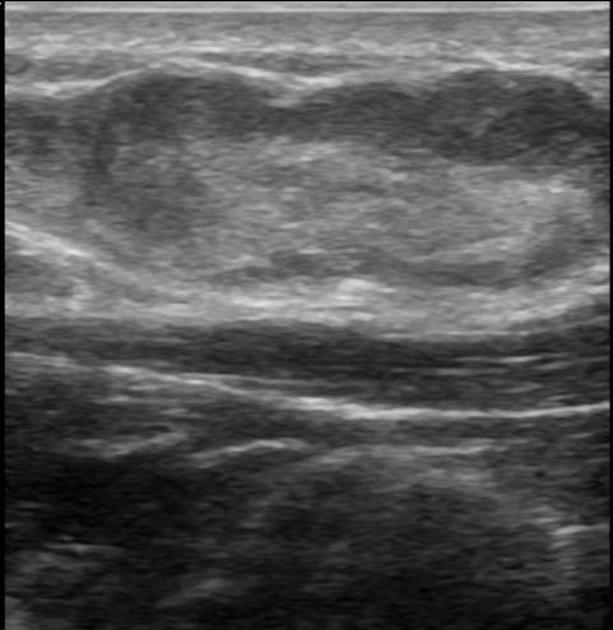 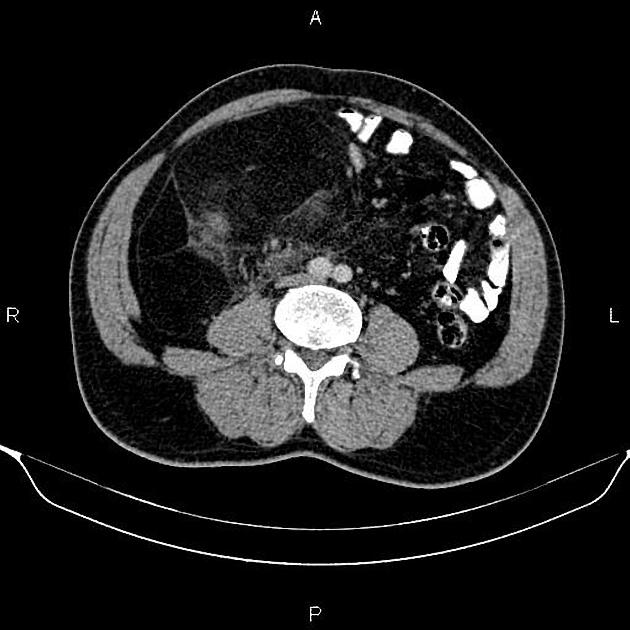 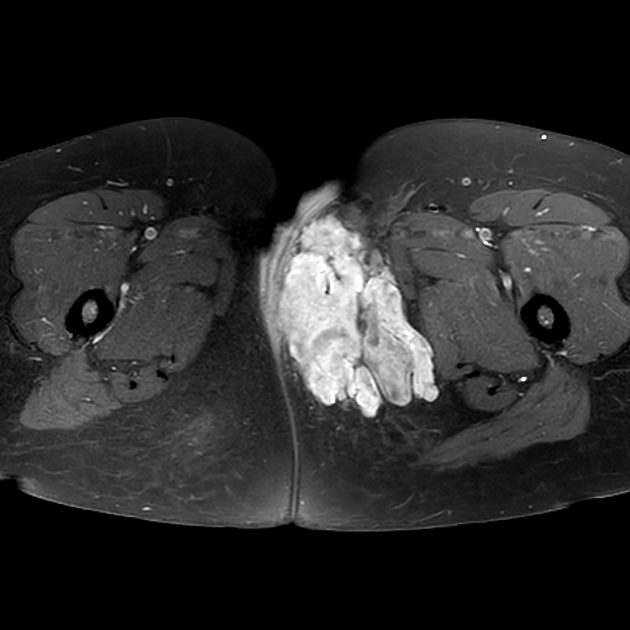 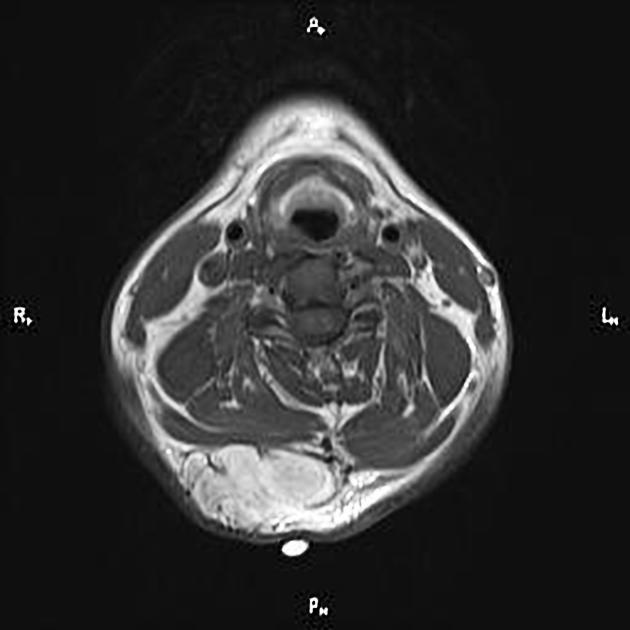 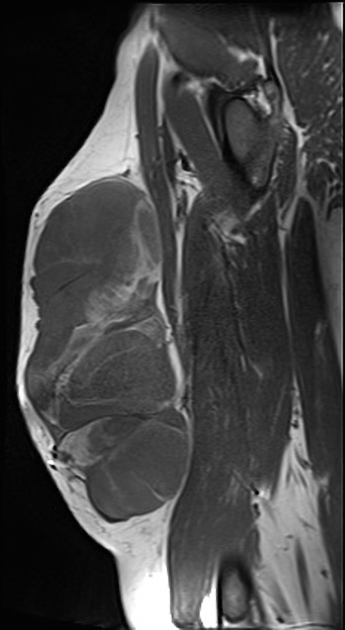 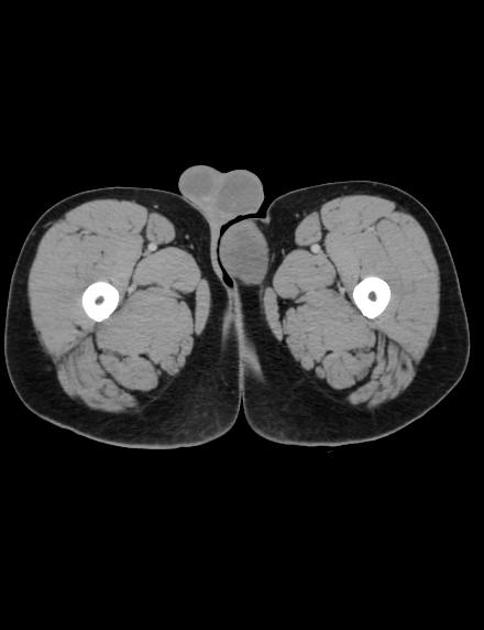 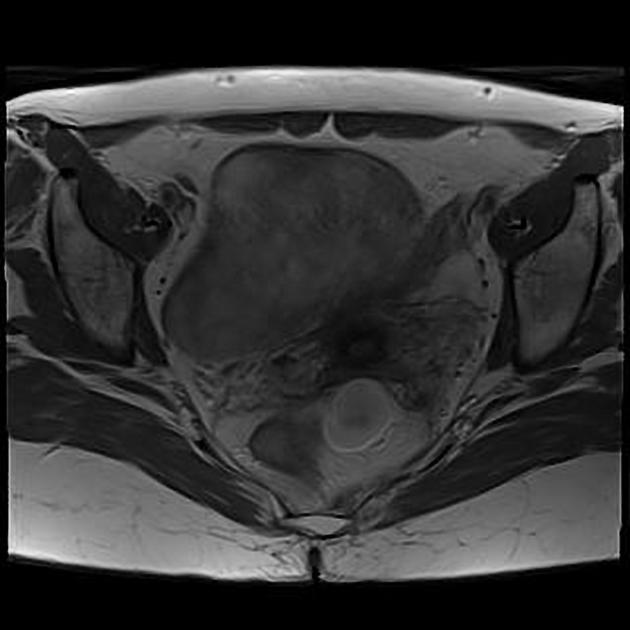 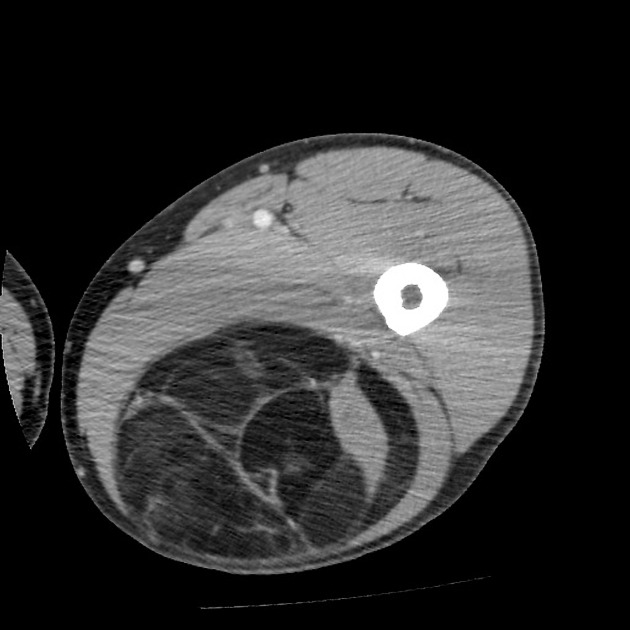 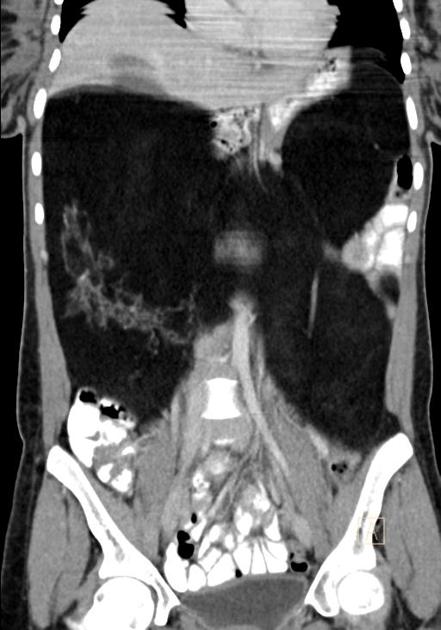 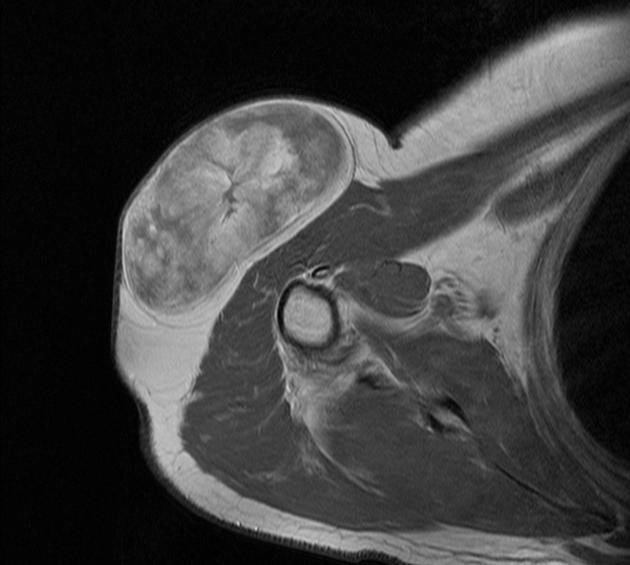 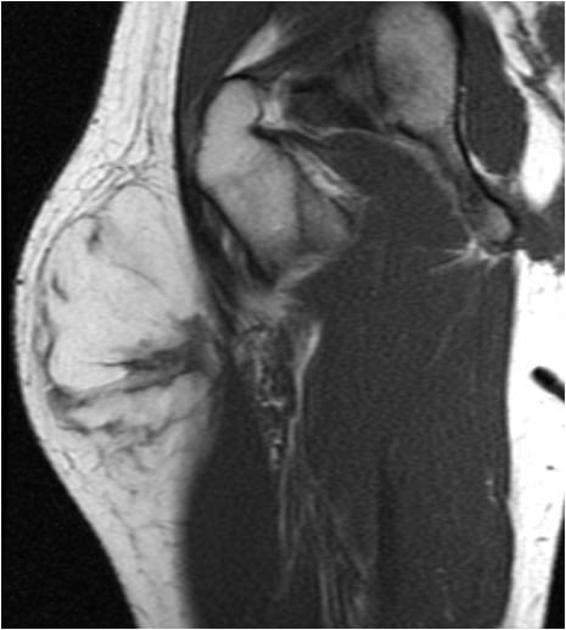 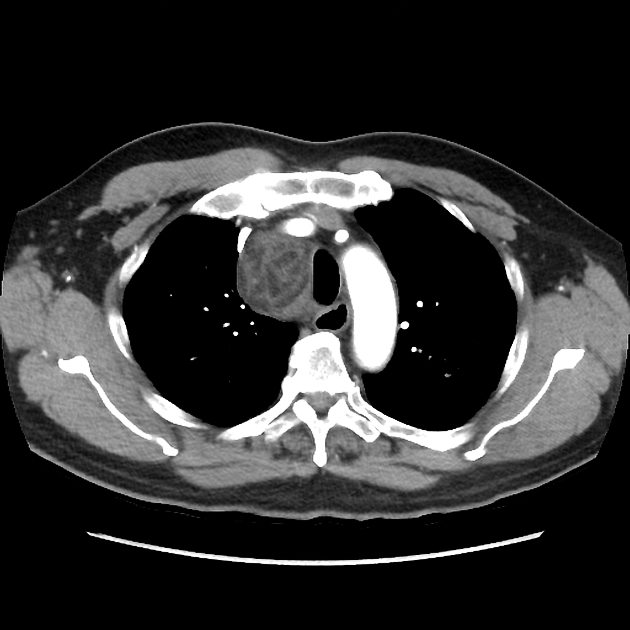 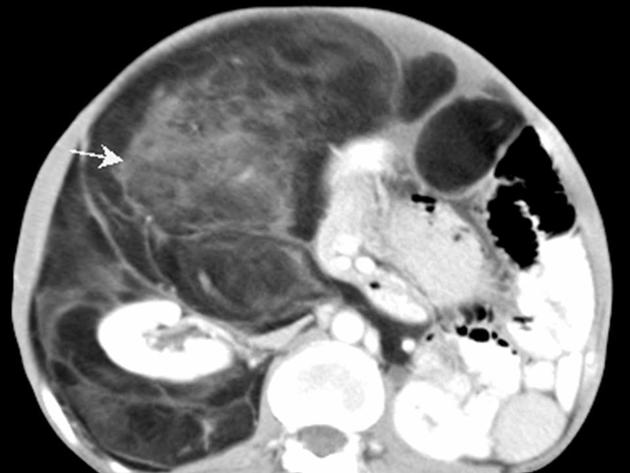 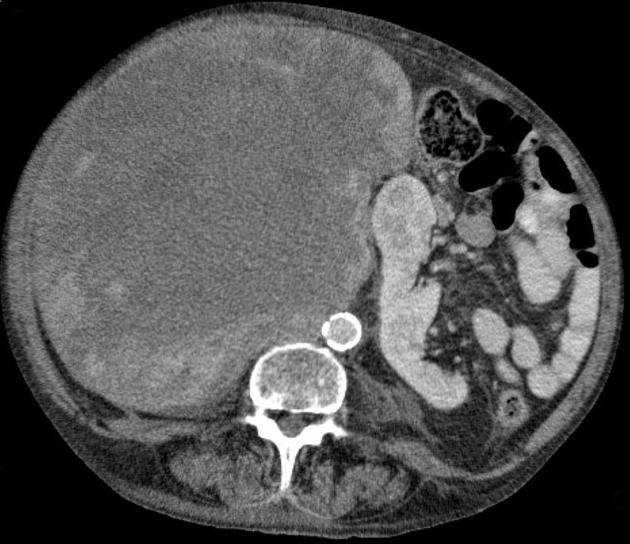 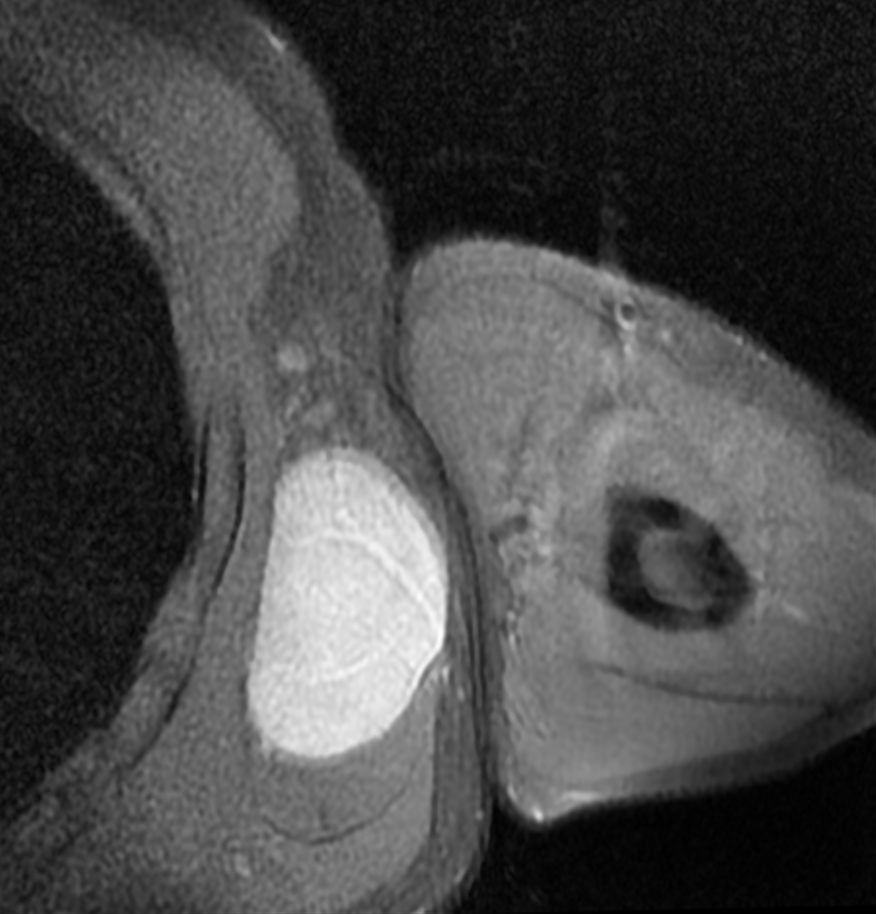 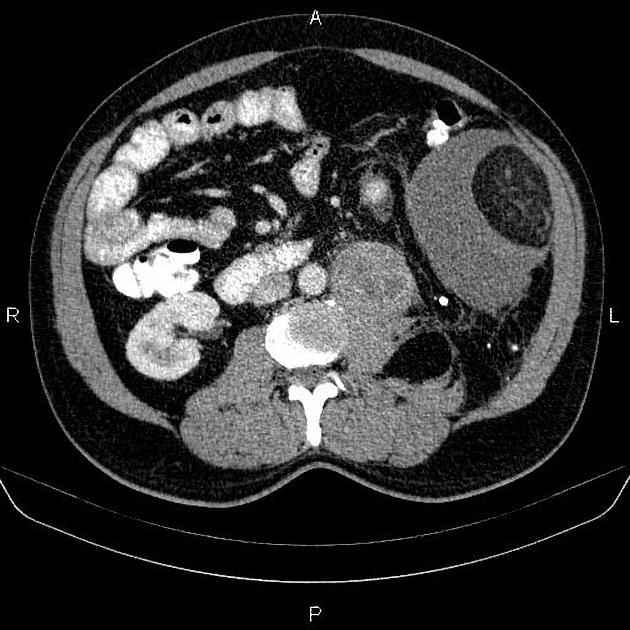 Liposarcomas are malignant tumors of fatty tissue and are the malignant counterpart to a benign lipoma. They are the second most common type of soft-tissue sarcoma.

Liposarcomas are typically found in adults, typically between the ages of 40 and 60, and are rare in children.

It varies accordingly to the tumor location, usually related to a mass when involving the subcutaneous and extremities, and a vague discomfort when intra-abdominal or intrathoracic.

Thought to originate from mesenchymal cells, they are classified histologically into five types :

Liposarcomas have three CT patterns based on the amount and distribution of fat in the tumor:

CT findings favoring a liposarcoma over a lipoma include:

MRI appearance, as with CT, varies depending on the grade and amount of fatty tissue.

Low-grade lesions (atypical lipomas) are almost entirely fat signal with however thick septa, enhancement or evidence of local invasion. These features are used to distinguish these from simple lipomas .

The higher grade lesions are often devoid of macroscopic fat and have appearances similar to other sarcomas.

Both treatment and prognosis vary with location and grade.

Extremity liposarcomas, especially when well differentiated (atypical lipoma or atypical intramuscular lipoma) are indolent but nonetheless have a tendency to locally recur (0-69% of the time ). The rate of recurrence is higher for deep lesions compared to superficial ones.

High-grade lesions, especially those of the retroperitoneum, have a poor prognosis, with a recurrence rate of ~75% (range 63-91%) .

Surgical treatment is with wide local excision, which accounts at least in part for the more favorable outcome for extremity lesions.