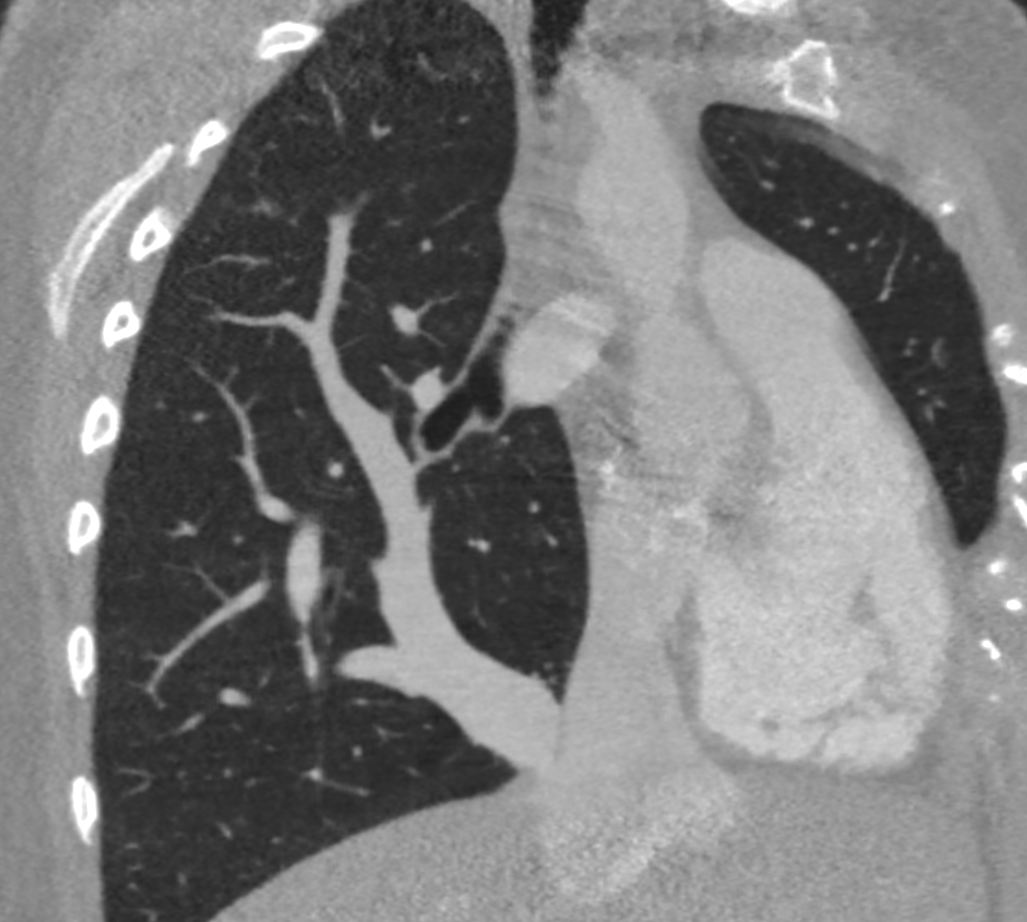 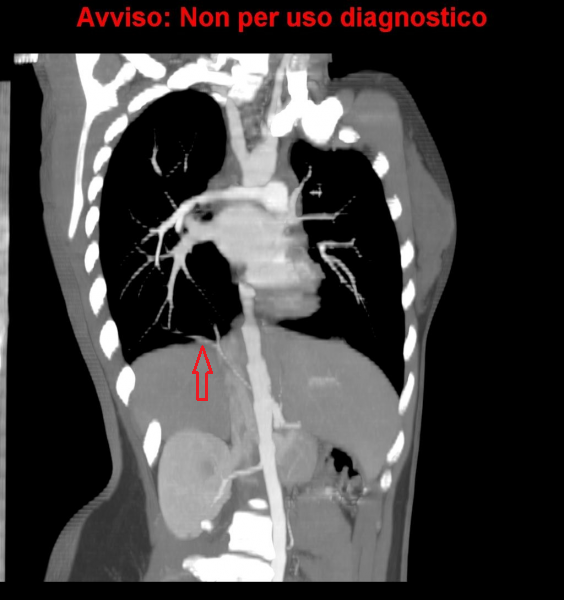 A case of
scimitar syndrome in a young woman. At the basal pyramid of the lower lobe two abnormal contiguous vessels can be identified, a threadlike vein draining into the inferior caval vein and a small artery originating directly from the abdominal aorta.
www.eurorad.org • CC by-nc-sa-4.0 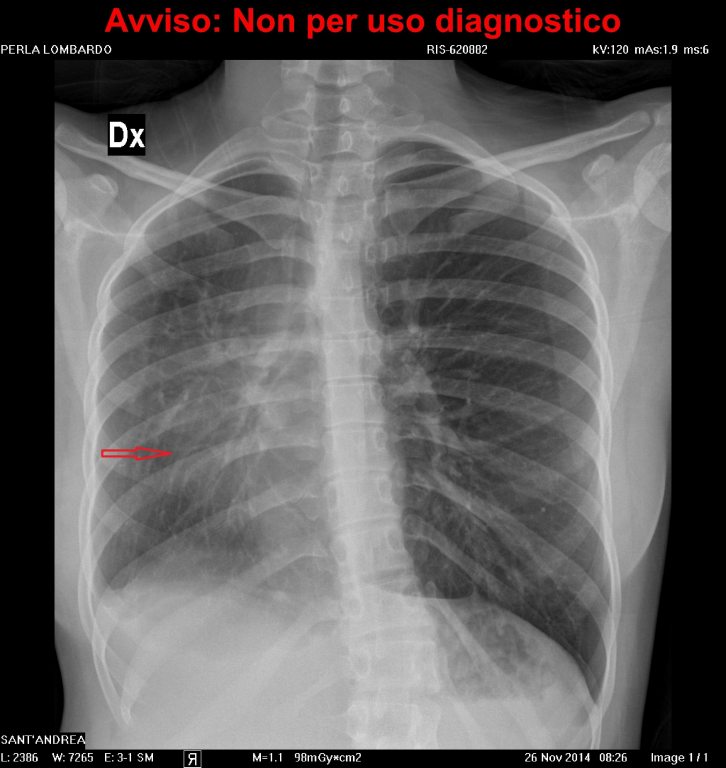 A case of
scimitar syndrome in a young woman. Diffuse opacity of the right lung with dextroposition of the heart.
www.eurorad.org • CC by-nc-sa-4.0
Hallo!
Radiopaedia • CC-by-nc-sa 3.0 • de

Infants present with signs of heart failure, which may be due to associated congenital heart disease . Adults are most frequently asymptomatic but may have recurrent pulmonary infection or dyspnea on exertion.

It is essentially a combination of pulmonary hypoplasia and partial anomalous pulmonary venous return (PAPVR). It almost exclusively occurs on the right side.

Haemodynamically, there is an acyanotic left to right shunt. The anomalous vein usually drains into:

In some variants, the abnormal lung segment may receive arterial blood supply from the aorta or its branches . Some cases may show the anomalous systemic arteries supplying an area of associated pulmonary sequestration .

The diagnosis is made by transthoracic or transesophageal echocardiography, angiography, or by CT or MR angiography.

Chest radiographic findings are that of a small, hypoplastic lung with ipsilateral mediastinal shift, and in one-third of cases, the anomalous draining vein may be seen as a tubular structure paralleling the right heart border in the shape of a Turkish sword (“scimitar”). The right heart border may be blurred.

Surgical correction should be considered in the presence of significant left to right shunting and pulmonary hypertension. This involves the creation of an interatrial baffle to redirect the pulmonary venous return into the left atrium. Alternatively, the anomalous vein can be re-implanted directly into the left atrium.

The presence of a left-to-right shunt may lead to the development of pulmonary hypertension and Eisenmenger phenomenon.