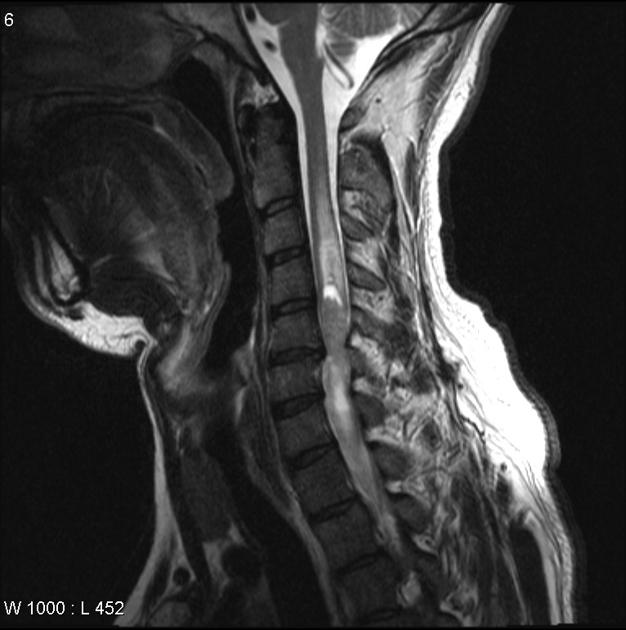 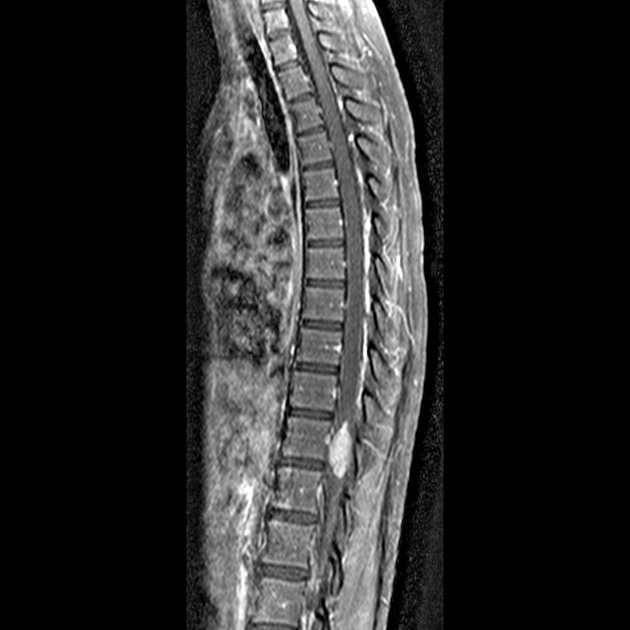 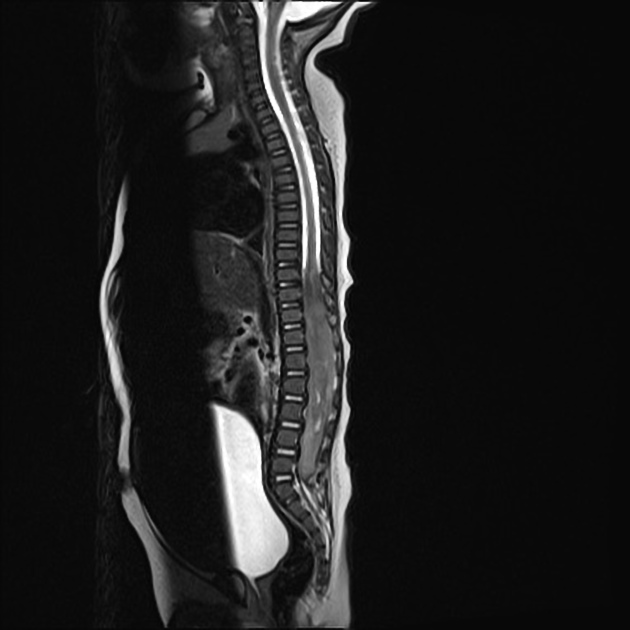 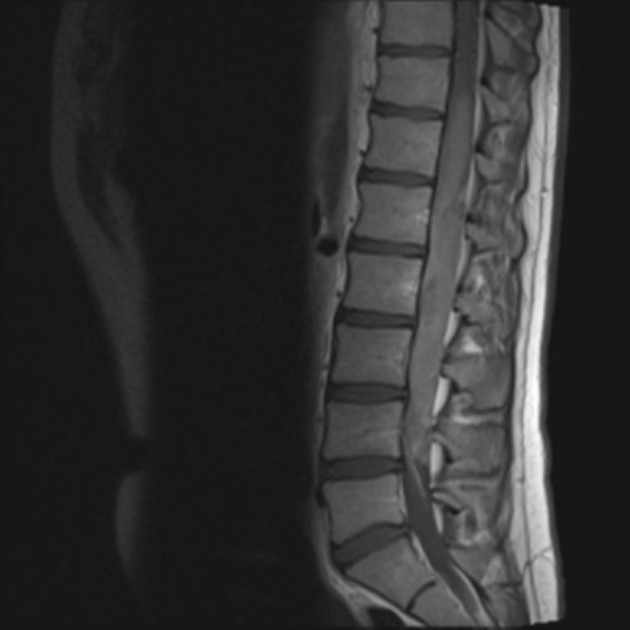 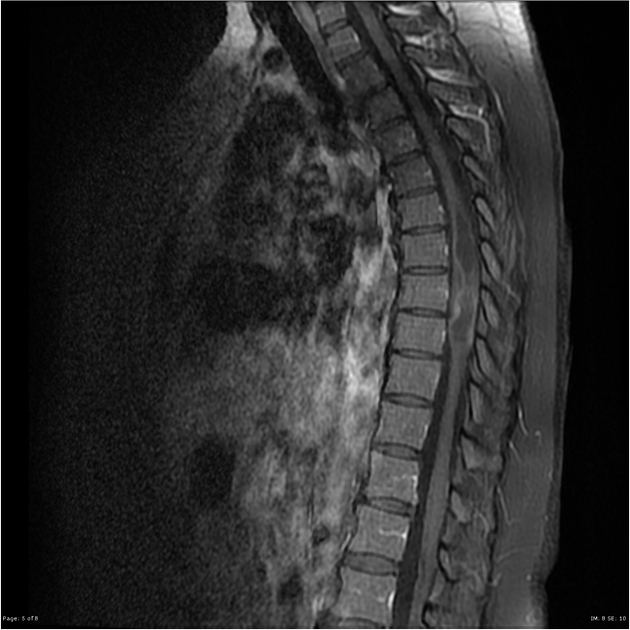 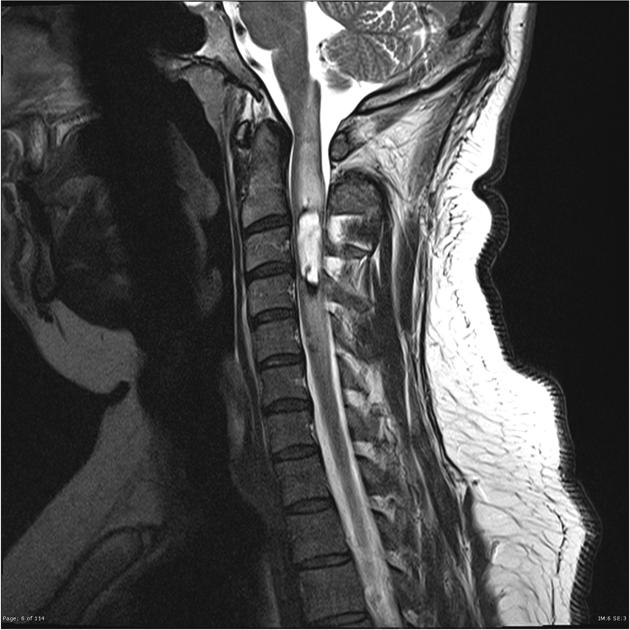 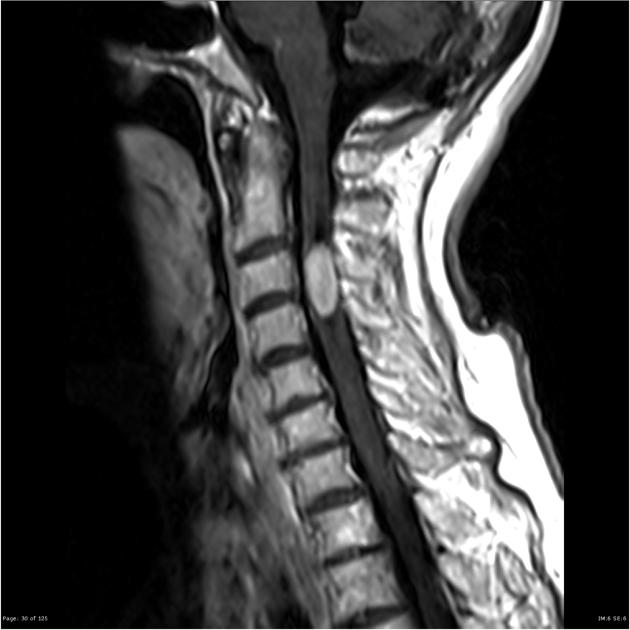 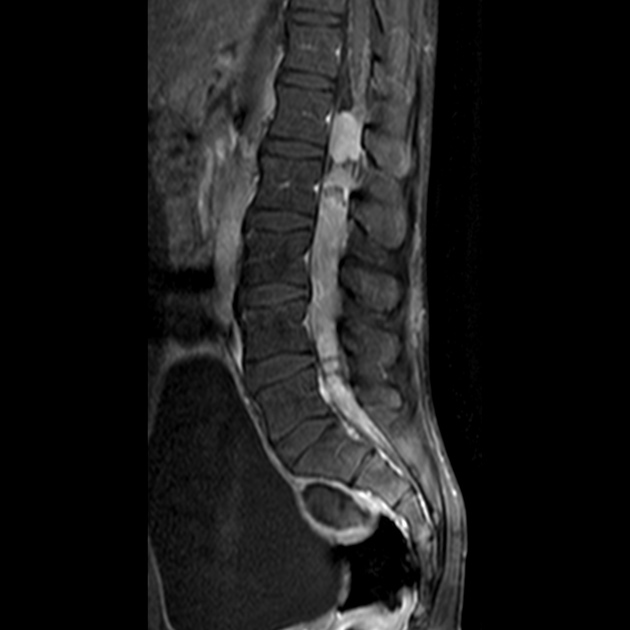 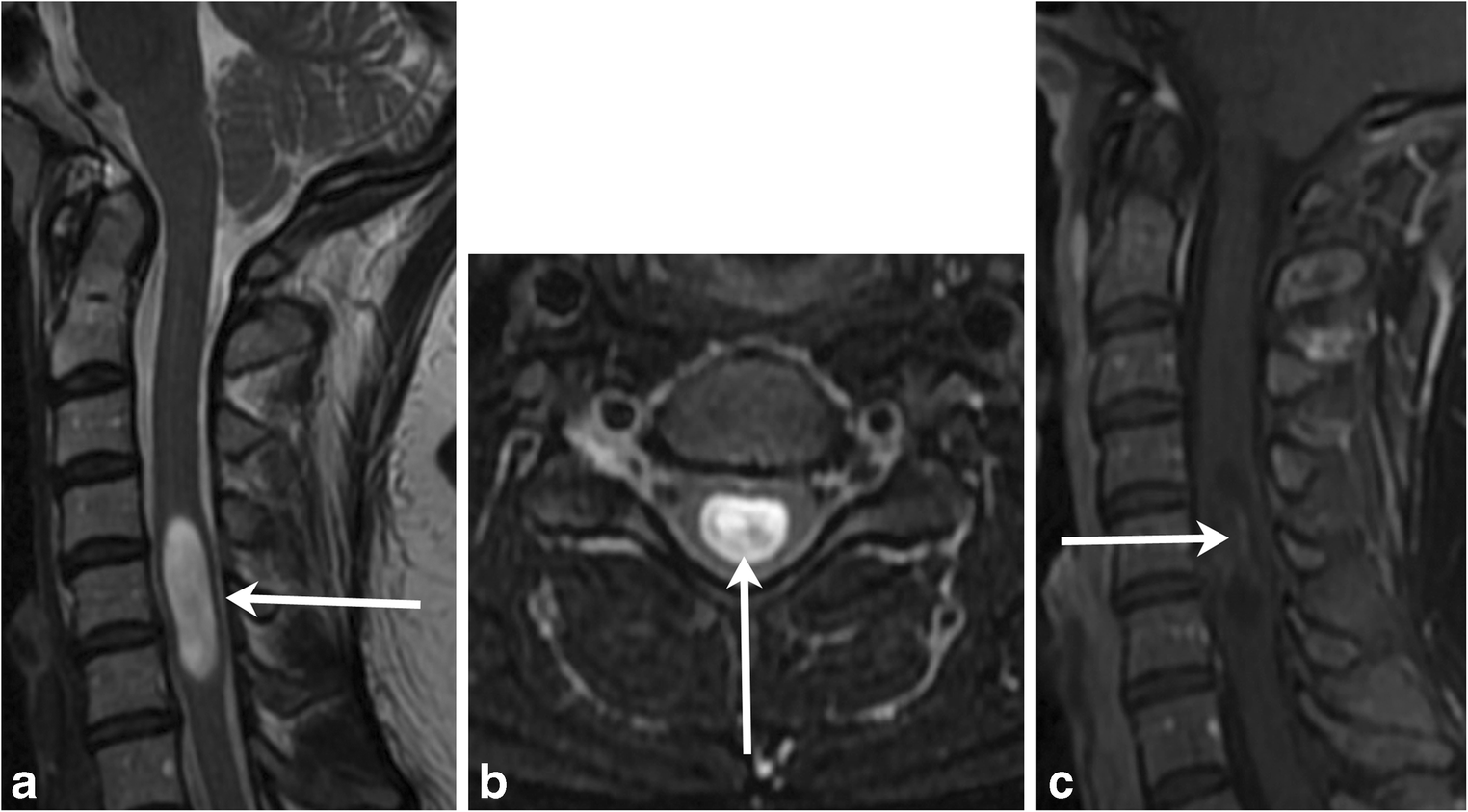 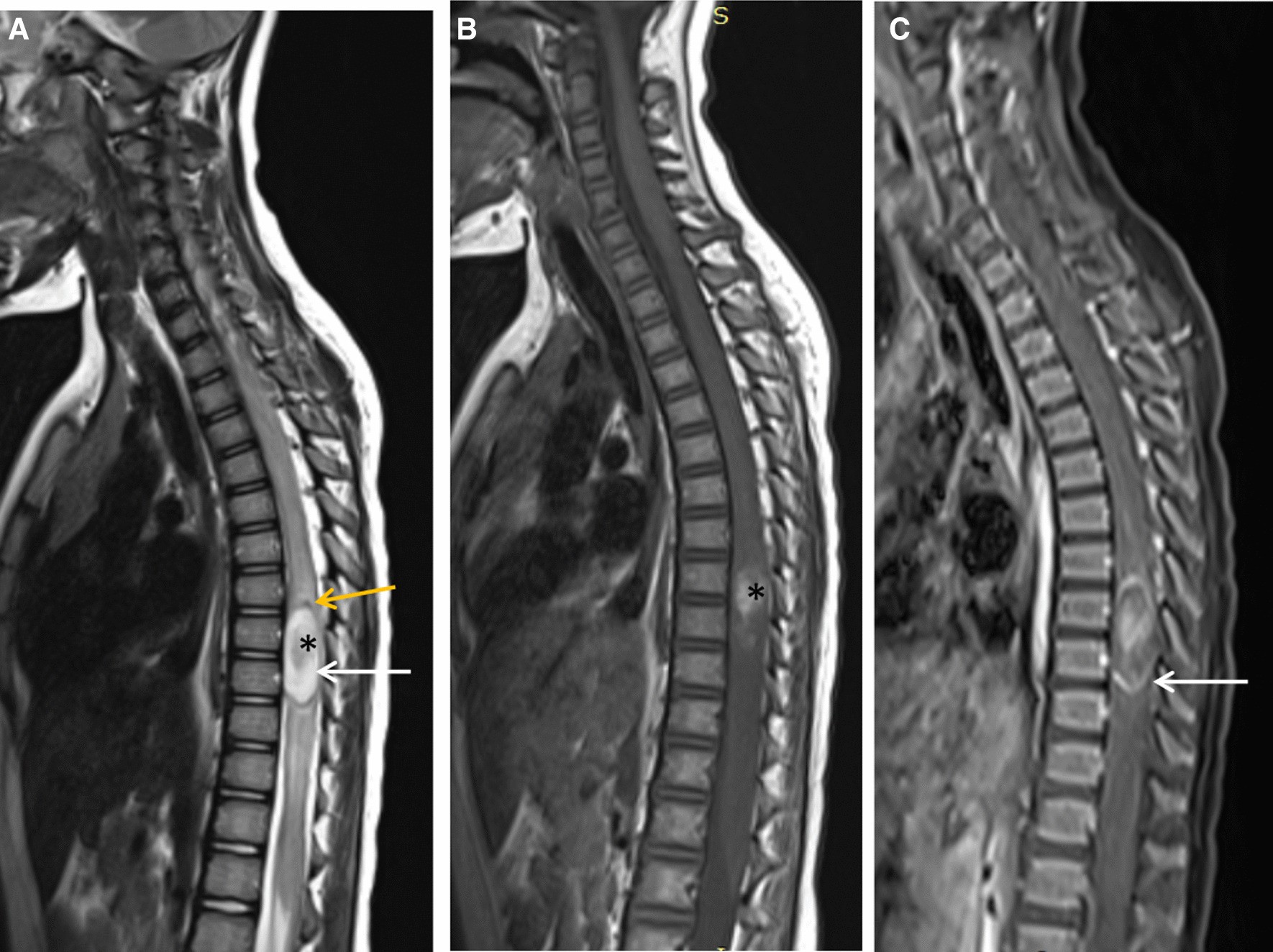 Radiological
approach to non-compressive myelopathies. Intramedullary ependymoma in a 6-year-old girl. Sagittal T2W (A) and T1W (B) images demonstrate a well-marginated oval-shaped lesion in the dorsal spinal cord (white arrow) extending from D8–D9 vertebral levels with associated cord expansion and perilesional edema. The lesion appears hyperintense on the T2W image with hypointense areas in the center (asterisk) which also shows a hyperintense signal on the T1W (B) image likely due to intratumoral hemorrhage. A T2 hypointense rim noted at superior and inferior poles of the lesion represents the hemosiderin cap (yellow arrow). Sagittal T1 fat saturated post-contrast image (C) demonstrates mild peripheral enhancement in the lesion (arrow)
ejrnm.springeropen.com • CC-by-4.0 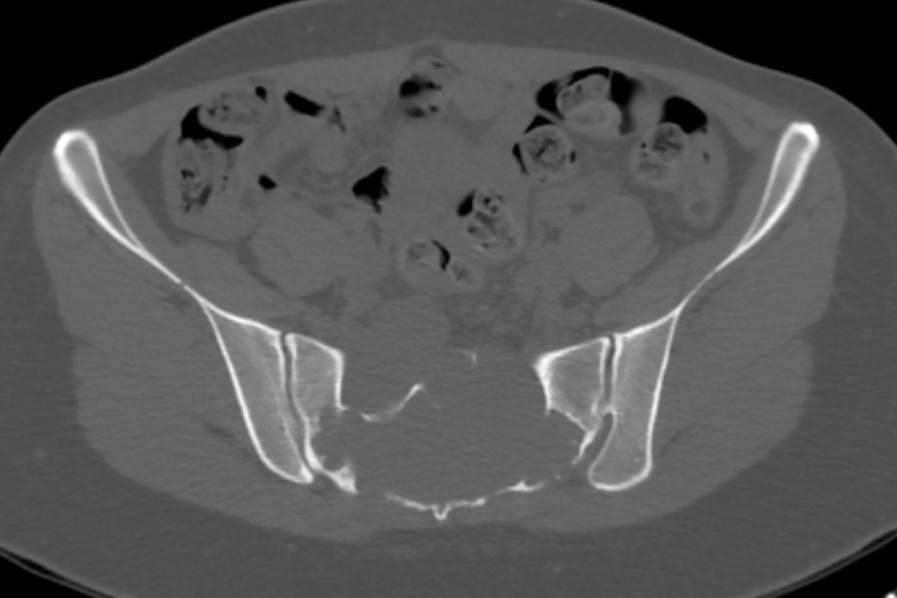 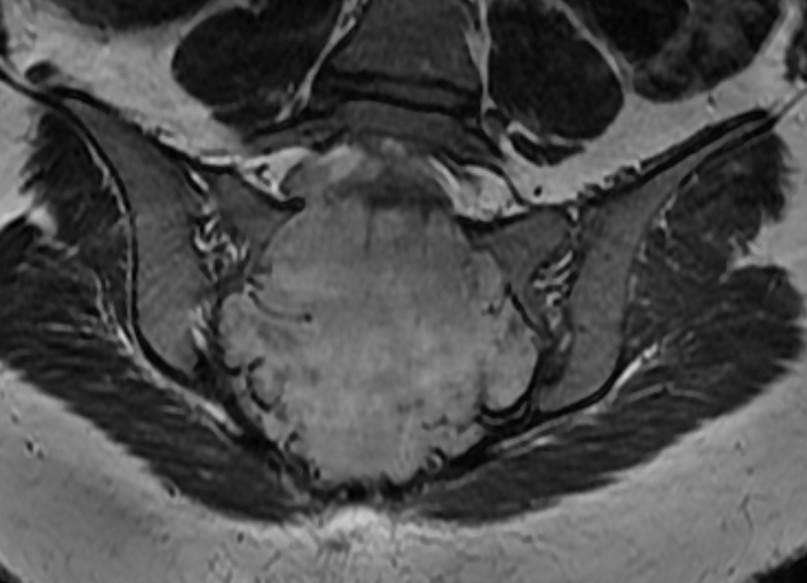 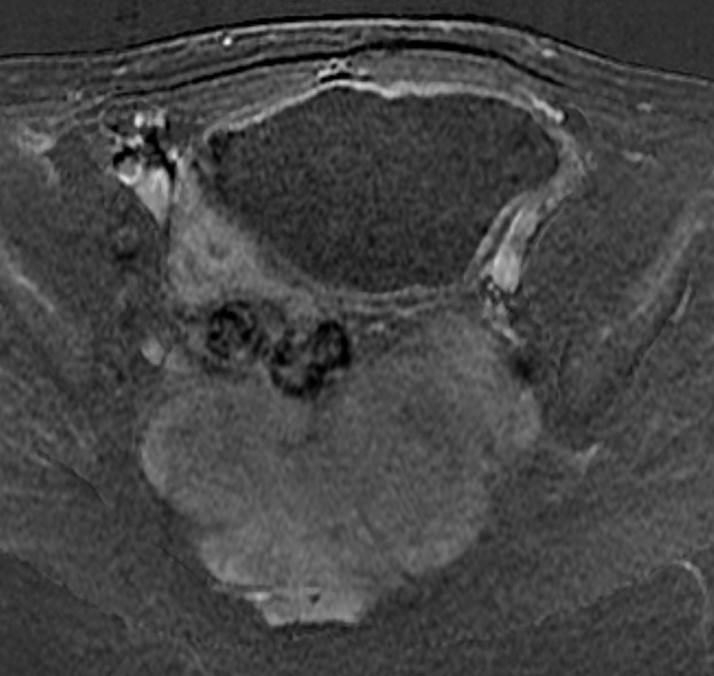 Atypical
giant sacral myxopapillary ependymoma with massive osteolysis. Hyperintensity on DWI (a) and hypointensity on ADC (b) of a sacral mass, indicating hypercellularity.
www.eurorad.org • CC by-nc-sa-4.0 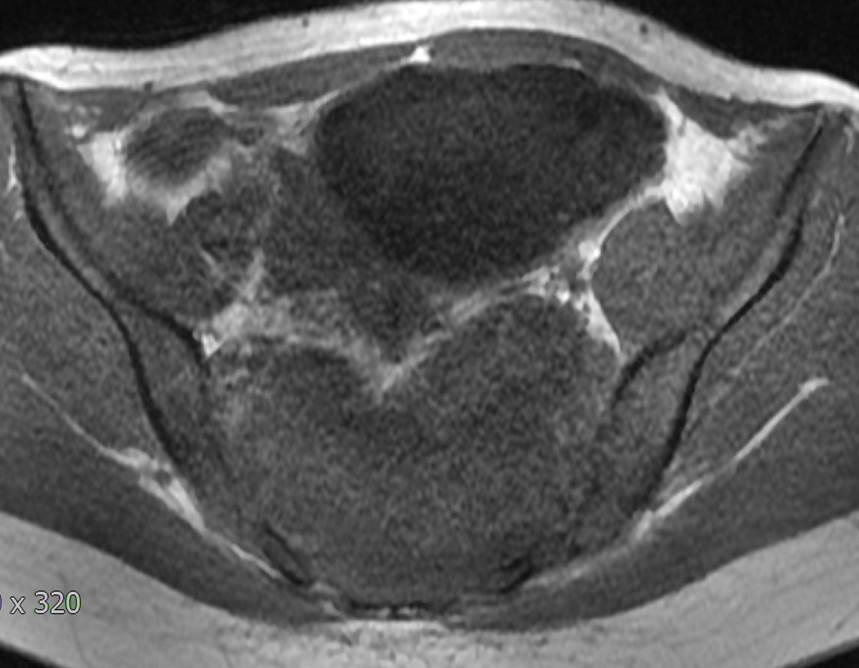 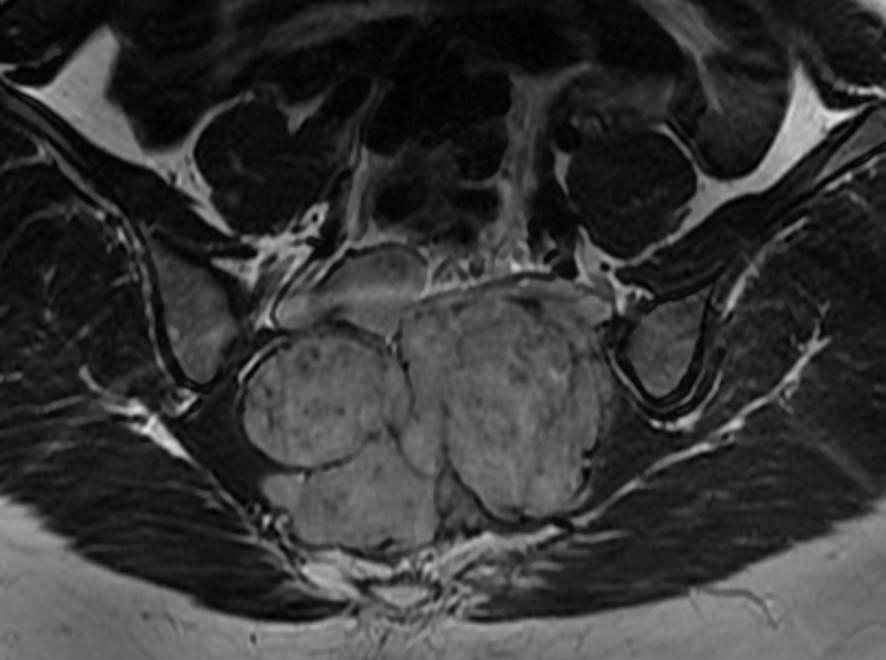 Atypical
giant sacral myxopapillary ependymoma with massive osteolysis. T2-weighted image in the axial plane: hyperintensity of a mass originating from the sacrum and extending into the presacral space.
www.eurorad.org • CC by-nc-sa-4.0 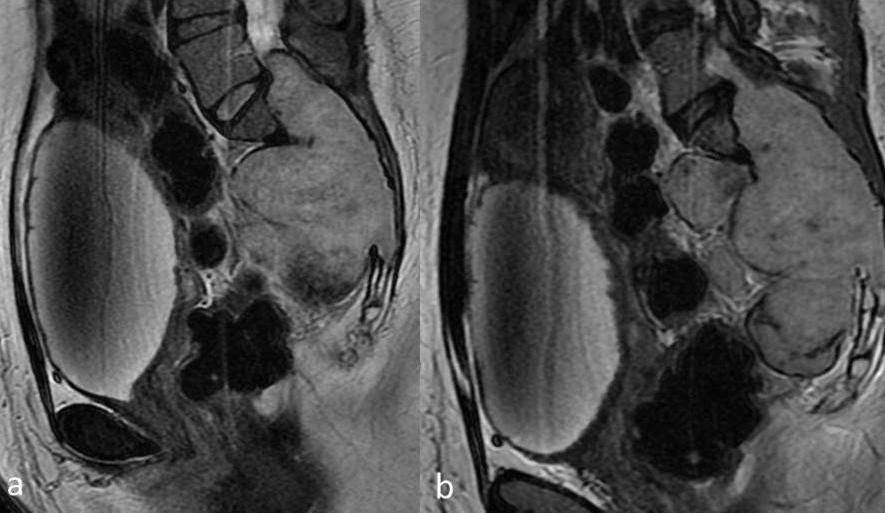 Spinal ependymomas are the most common spinal cord tumor overall, seen both in adult and pediatric population.

This article specifically relates to spinal cord ependymomas. For a discussion of intracranial ependymomas and for a general discussion of the pathology refer to the main article: ependymoma. Additionally, due to different imaging features and demographics, myxopapillary ependymomas are also discussed separately.

Peak incidence is in the fourth decade, with 39 years being the mean age at presentation. Males are more commonly affected than females.

There is an increased coincidence with neurofibromatosis type 2.

Clinical presentation is similar to that of other intramedullary spinal tumors, with pain, weakness, and sensory changes common.

The frequent presentation of sensory symptoms may be explained by the proximity of these centrally located tumors to the spinothalamic tracts. Dominant motor symptoms are commonly associated with very large ependymomas .

Ependymomas arise from ependymal cells lining the central canal or cell rests along the filum. Six histological subtypes are recognized:

Using the WHO classification, almost all intramedullary ependymomas may be classified as grade II or sometimes III (anaplastic). Malignant types are rare.

This is in contrast to myxopapillary ependymomas which are grade I lesions.

Plain film features that may be seen with a spinal ependymoma include:

MRI is the modality of choice for evaluating suspected spinal cord tumors. Features include:

Although metastatic spread is rare, the most common sites for metastases include the retroperitoneum, lymph nodes, and lungs .

On MRI, the main differential diagnosis is an astrocytoma. Certain imaging features may help to differentiate between the two, which are covered in this article: