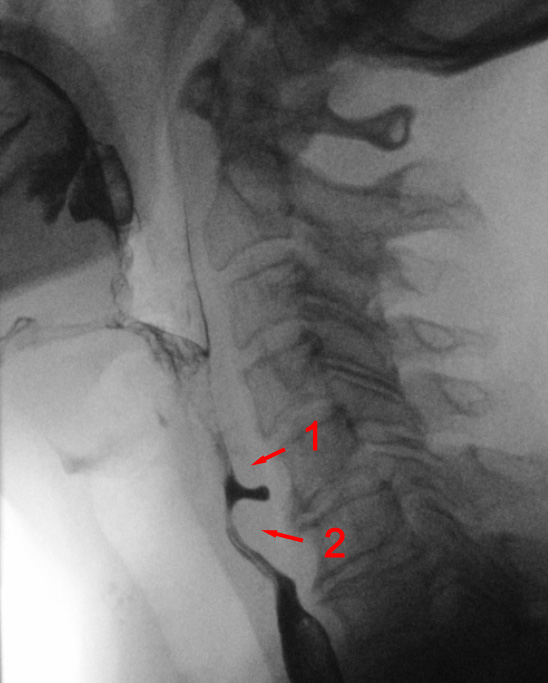 This image
is part of a series which can be scrolled interactively with the mousewheel or mouse dragging. This is done by using Template:Imagestack. The series is found in the category Zenkerpouch Brombart 2 Case 001. Zenkerpouch Grad 2 nach Brombart. Dynamische Serie für Template:Imagestack. Peristaltische Welle des M. constrictor pharyngis inferior.
Wikipedia • CC BY 3.0 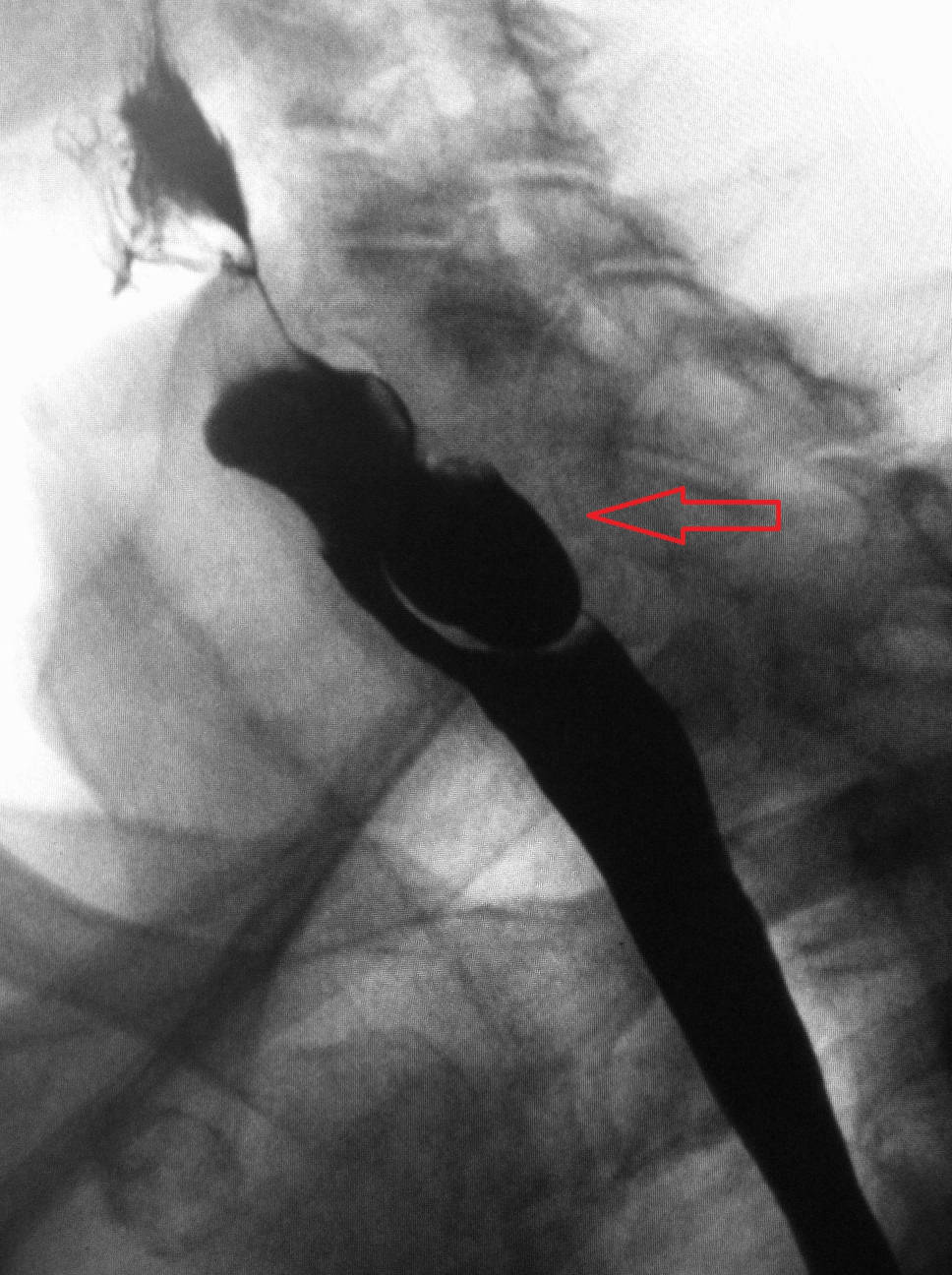 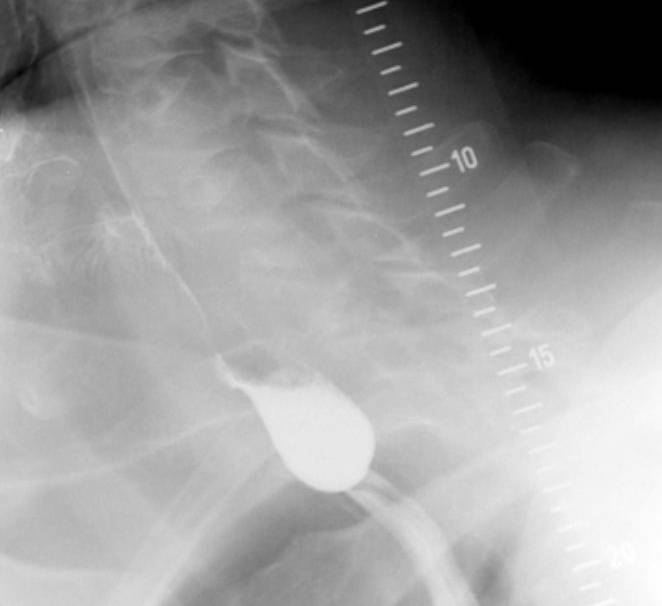 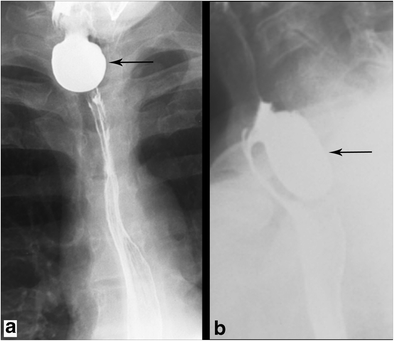 Imaging of
the oesophagus: beyond cancer. Zenker Diverticulum. Esophagram in AP (a) and oblique (b) projections demonstrates contrast filling a midline posterior outpouching of the cervical oesophageal lumen consistent with a Zenker diverticulum
insightsimaging.springeropen.com • Open Access
Hallo!
Radiopaedia • CC-by-nc-sa 3.0 • de

Zenker diverticulum, also known as a pharyngeal pouch, is a posterior outpouching of the hypopharynx, just proximal to the upper esophageal sphincter through a weakness in the muscle layer called the Killian dehiscence.

More than 50% of the affected patients present in 60-80 years of life. It is rarely found in individuals less than 40 years of age .

The entrapment of liquid and/or food within the diverticulum may result in:

A Zenker diverticulum is a pulsion-pseudodiverticulum and results from herniation of mucosa and submucosa through the Killian triangle (or Killian dehiscence), a focal weakness in the hypopharynx at the normal cleavage plane between the fibers of the two parts of the inferior pharyngeal constrictor muscle - the cricopharyngeus and thyropharyngeus.

This phenomenon may lead to the creation of a sac with a narrow neck that can trap liquid and food. The distended sac may compress the cervical esophagus.

Ideally, a barium swallow examination is performed, which may show:

Since ~90% of patients with a Zenker diverticulum have a hiatal hernia and gastro-esophageal reflux, the distal esophagus should also be evaluated.

In addition to the clinical symptoms mentioned above, patients with a Zenker diverticulum are at increased risk for aspiration.

A Zenker diverticulum may be surgically treated with an endoscopic, surgical diverticulectomy, or diverticulopexy.

It is named after Friedrich Albert von Zenker (1825-1898), a German pathologist who held a position as teacher and researcher for more than 30 years at the University of Erlangen.