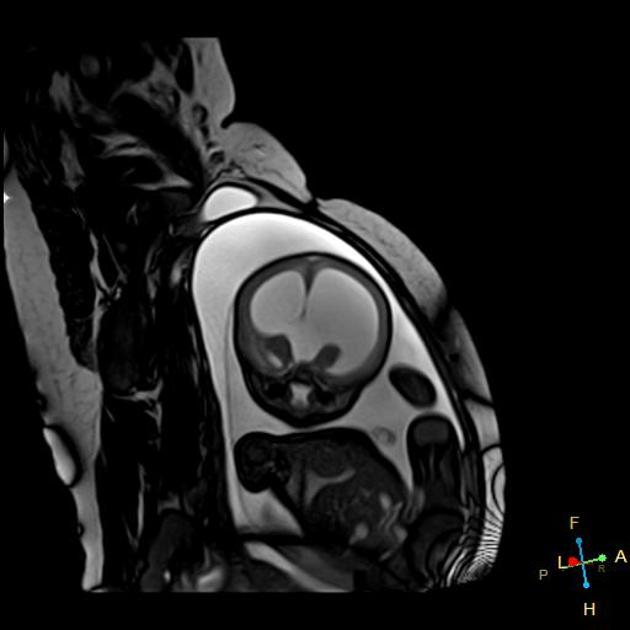 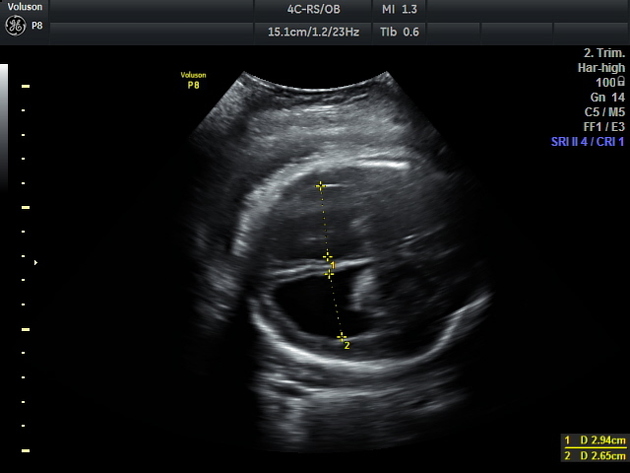 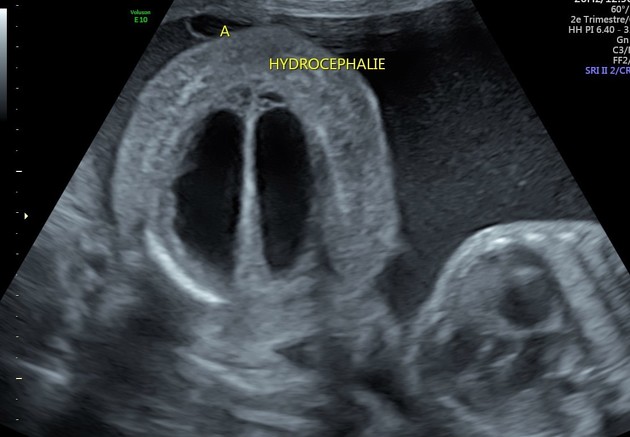 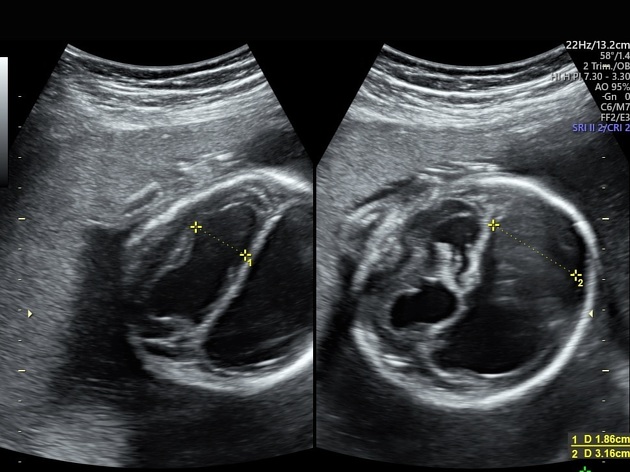 Fetal hydrocephalus often refers to an extension of fetal ventriculomegaly where the ventricular dilatation is more severe. It is usually defined when the fetal lateral ventricular diameter is greater than 15 mm .

The estimated incidence is 0.5-3% per 1000 live births. There may be a very slight increased female predilection .

It can be either obstructive or non-obstructive and each can arise from a number of etiologies. In a small proportion of cases, it carries a familial X-linked inheritance (congenital X linked hydrocephalus).

The vast majority of conditions are associated with other intracranial and cranial anomalies . The list includes:

Will demonstrate enlarged ventricles with variable degrees of parenchymal thinning. The choroid may be seen floating within the ventricle giving a dangling choroid sign. Often a separation of more than 3 mm between the choroid plexus and the margin of the ventricle is considered abnormal. In some cases, there may also be evidence of macrocephaly.

The overall prognosis will depend on the underlying cause and associated anomalies. Some cases can slowly progress during the fetal period. Antenatal shunting has been considered in a small proportion of selected cases .