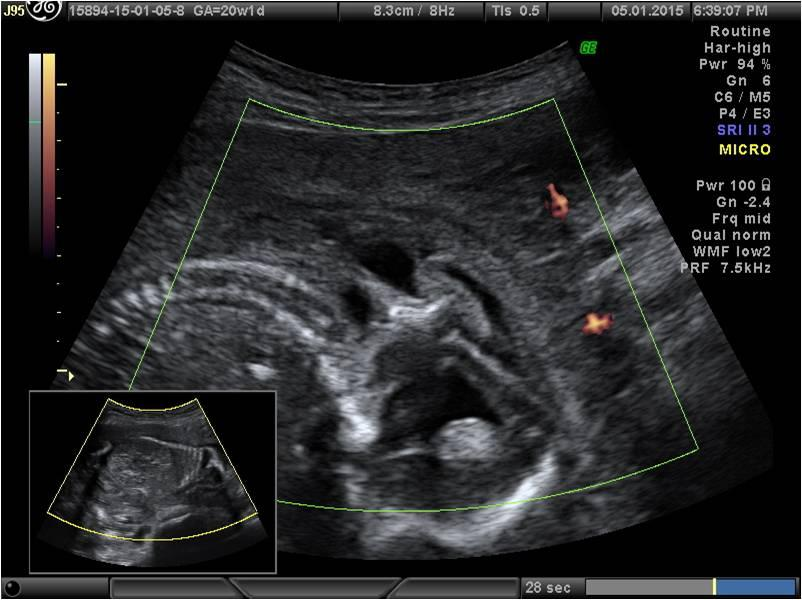 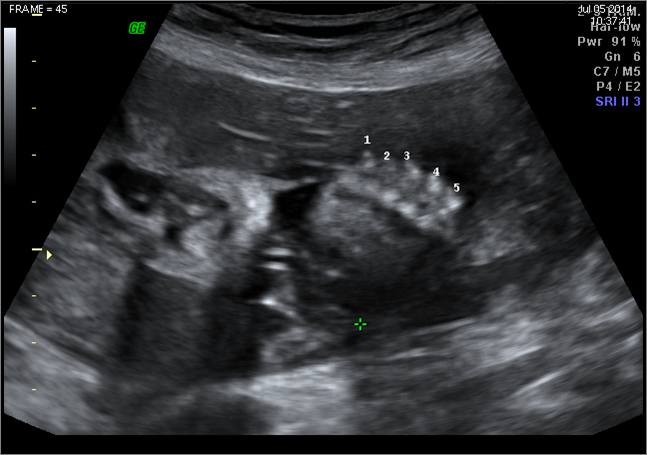 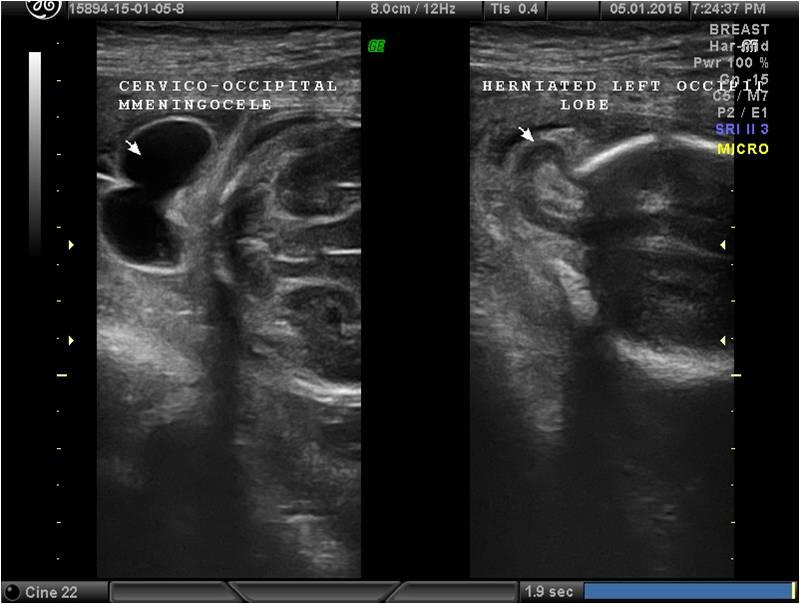 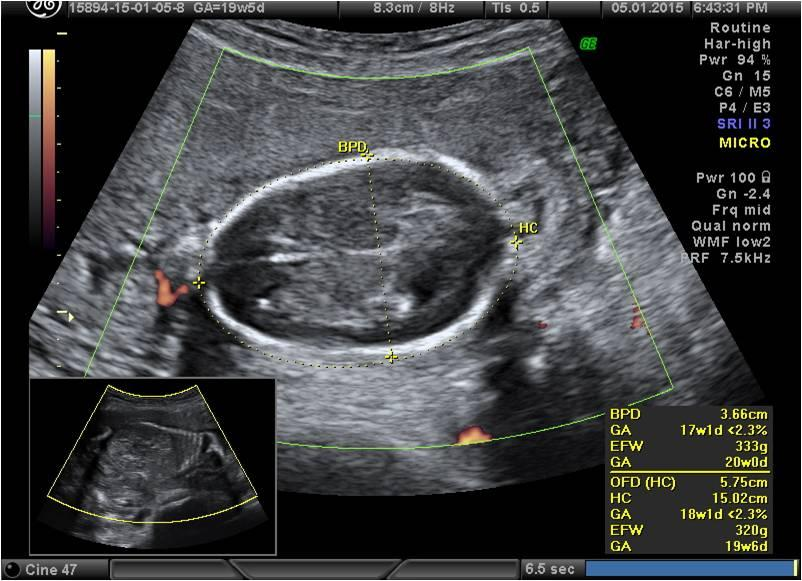 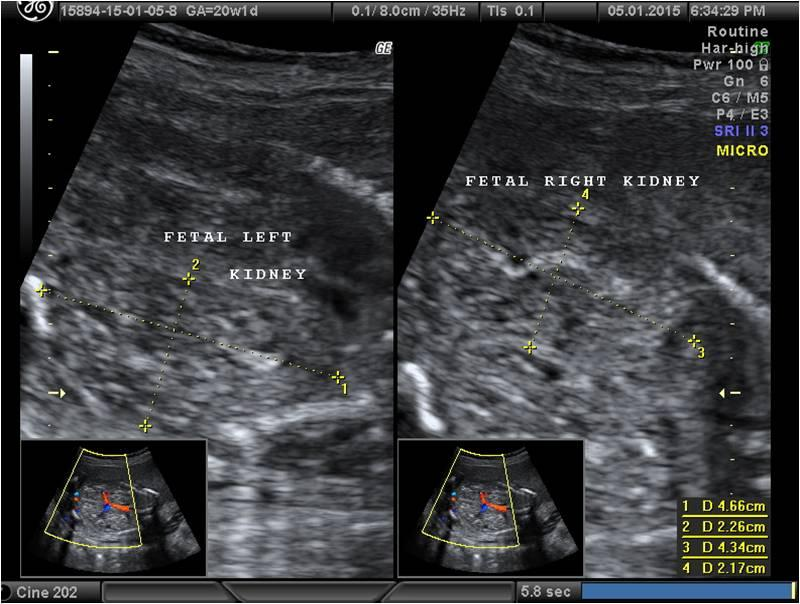 Meckel-Gruber syndrome (MGS) is classically characterized by the triad of:

Additional hepatic developmental defects and hepatic fibrosis may occur. A variety of malformations may be associated with this syndrome but most agree that cystic renal dysplasia must be present with at least one of the other two anomalies in the classic "triad".

The incidence is estimated to be 1:30,000. A disproportionately higher prevalence may be present in Finland, Belgium and in some parts of India.

Meckel-Gruber syndrome shares some features with trisomy 13 and is therefore also termed pseudotrisomy 13 . Karyotyping is recommended if the above triad is seen on antenatal scanning.

It is inherited as an autosomal recessive fashion, the risk of the condition affecting a subsequent child is therefore 25% . There is genetic heterogeneity with at least three genes (MKS1, MKS2 and MKS3) having been identified :

In addition to the demonstration of the classical features such as an occipital encephalocele, multiple renal cysts and polydactyly, there may be evidence of oligohydramnios (or anhydramnios in severe cases) and microcephaly).

In utero (and early neonatal life) multicystic renal disease is usually evident as enlarged echogenic kidneys: demonstration of physical cysts within the kidneys only occurs in the minority of cases.

The condition is almost always fatal at birth either because of pulmonary hypoplasia or neonatal renal failure . Parents can be counseled appropriately that the subsequent risk is 25%.

Meckel-Gruber syndrome is named after:

Although it was only in 1969 that the moniker "Meckel-Gruber syndrome" was coined by Opitz and Howe .