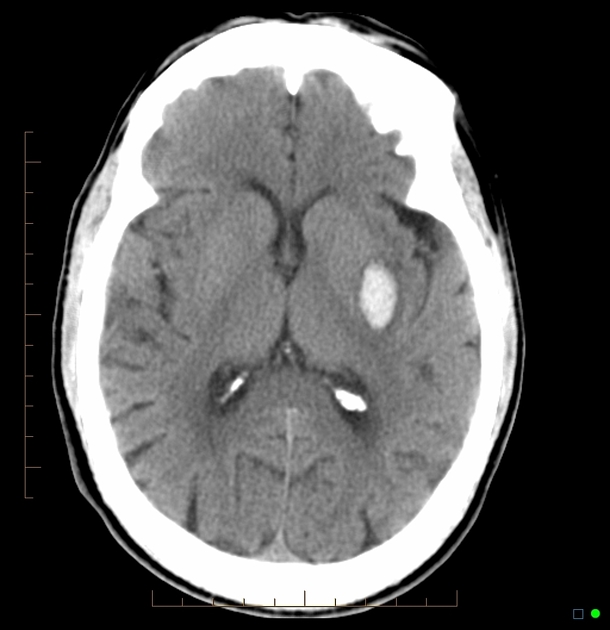 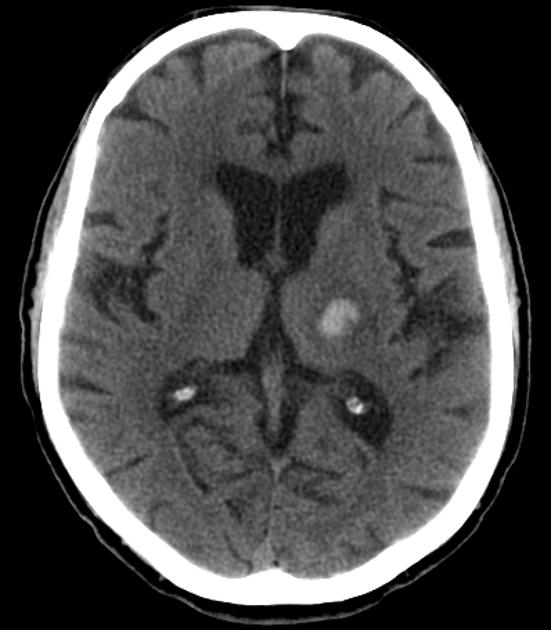 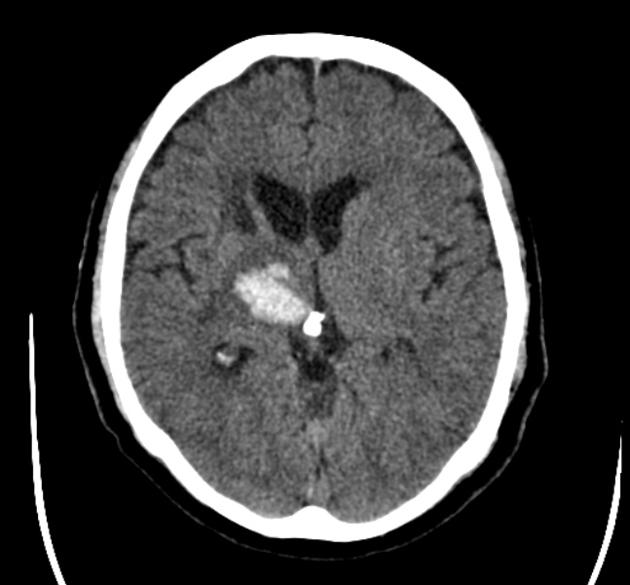 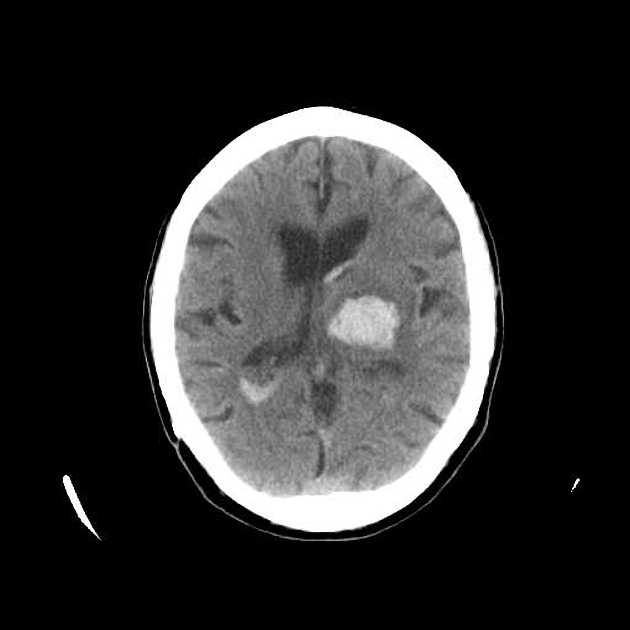 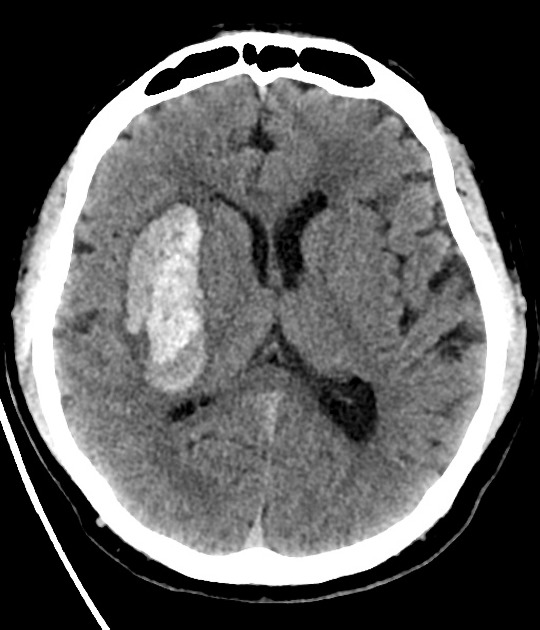 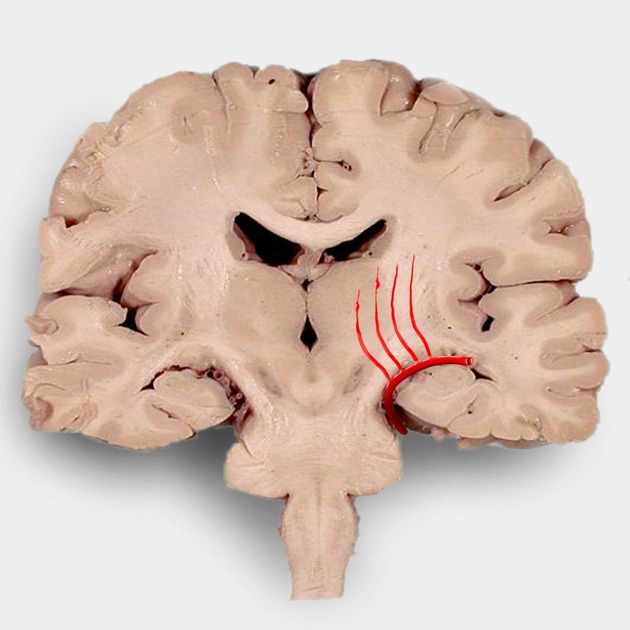 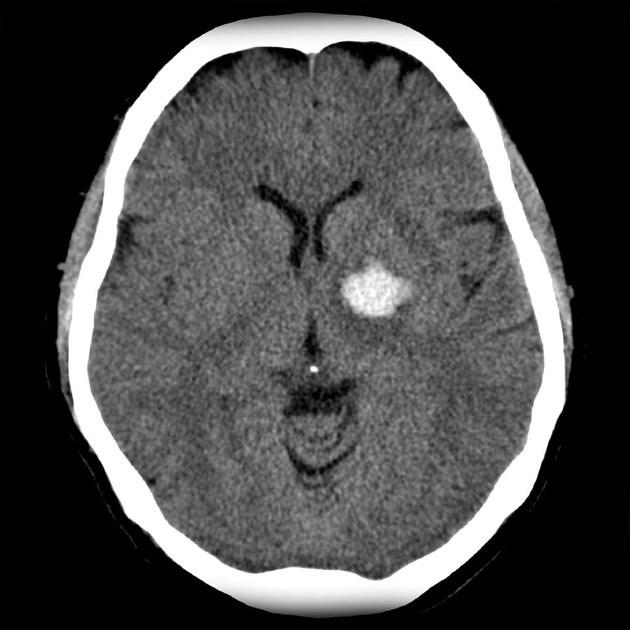 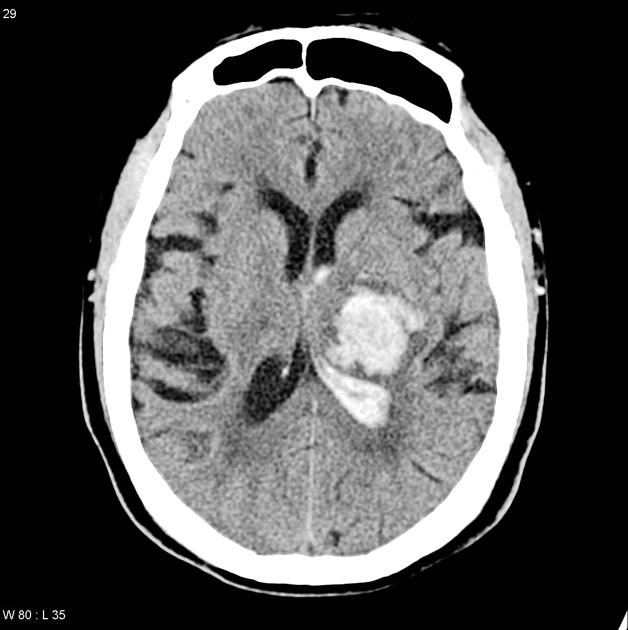 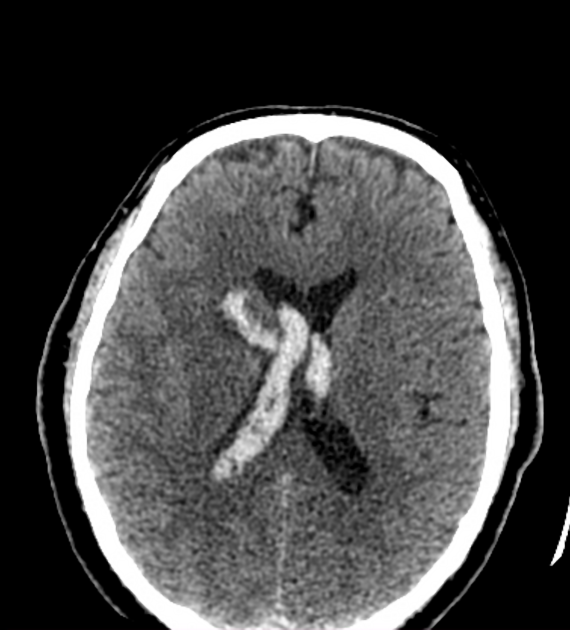 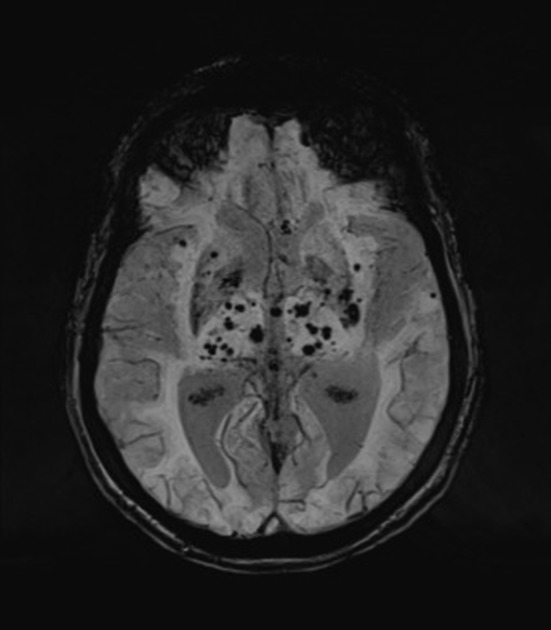 Basal ganglia hemorrhage is a common form of intracerebral hemorrhage, and usually as a result of poorly controlled long-standing hypertension. The stigmata of chronic hypertensive encephalopathy are often present (see cerebral microhemorrhages).

Other sites of hypertensive hemorrhages are the pons and the cerebellum. Lobar hemorrhages are also encountered but are more frequently associated with amyloid angiopathy .

Long-standing poorly controlled hypertension accounts for the majority of basal ganglia hemorrhage, and leads to a variety of pathological changes in the vessels:

Typically a region of hyperdensity is demonstrated centered on the basal ganglia or thalamus. Not infrequently there may be an extension into the ventricles, with occasionally the parenchymal component being very small or inapparent.

If there is no ventricular extension, the volume of the hemorrhage may be estimated by ABC/2 and related formulas, which may have neurosurgical and prognostic implications.

The appearance of hemorrhage on MRI varies with time and to some degree the size of the hematoma (see aging blood on MRI).

The mainstay of treatment is medical, with control of hypertension and attempts to prevent secondary cerebral injury. If an intraventricular component is present then hydrocephalus is a common sequelae and CSF drainage with an extra-ventricular drain is often needed.

Evacuation of the clot is controversial and only potentially useful in large (>60 mL) hemorrhage.