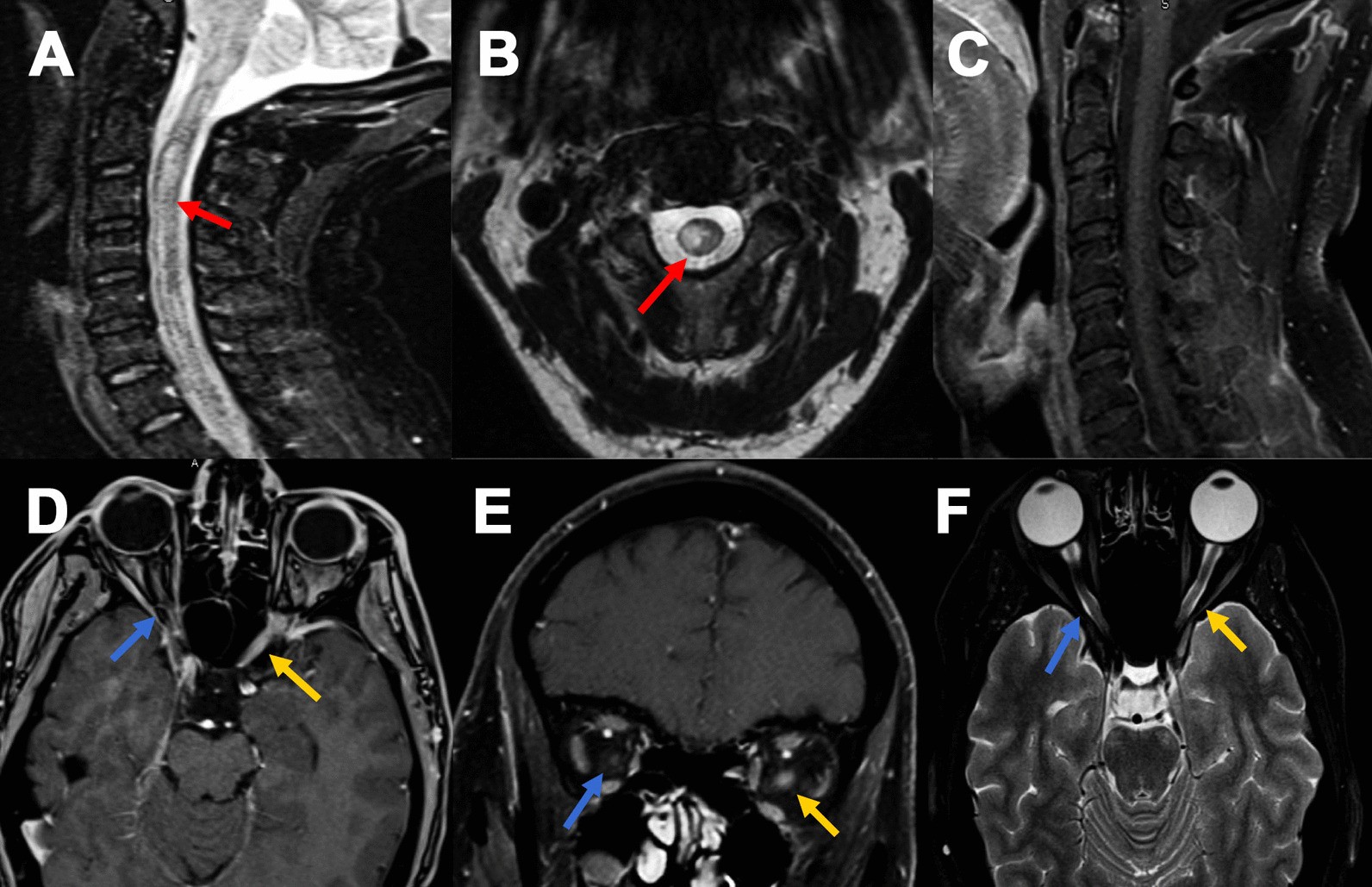 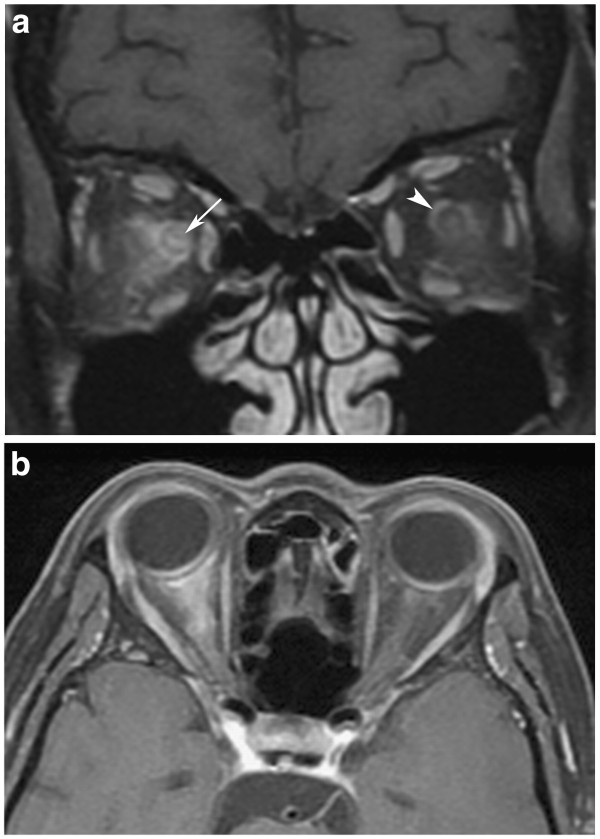 Optic neuritis denotes inflammation of the optic nerve and is one of the more common causes of optic neuropathy. It can be thought of as broadly divided into infectious and non-infectious causes, although the latter is far more frequent. On imaging, optic neuritis is most easily identified as a unilateral optic nerve swelling, with high T2 signal and contrast enhancement.

The demographics of people affected will conform to those of the underlying conditions (see Pathology).

As typical optic neuritis is seen in the setting of multiple sclerosis (MS), most patients tend to be young adults, with a predominance of women of 3:1. The incidence is highest in populations living at higher northern latitudes (e.g. Scandinavia, United Kingdom, Canada), again, following the epidemiology of MS .

Typical optic neuritis (that seen in the setting of demyelination) causes pain in the orbit (90%), often worse with eye movement, and is associated with visual loss, which reaches a nadir within a few days of symptom onset . The degree of visual loss is variable, ranging from minimal if any visual loss to complete absence of light perception. Additionally, dyschromatopsia, photopsia and visual field defects may also occur . The swinging light test (or Marcus Gunn test) classically reveals a Marcus Gunn pupil, and fundoscopy may demonstrate diffuse optic disc swelling indicative of papillitis (will not be present if inflammation is solely retrobulbar) .

In the majority of cases, typical optic neuritis (as is encountered in multiple sclerosis) is unilateral and short segment . In contrast, in the setting of neuromyelitis optica (NMO) and anti-MOG encephalomyelitis involvement is usually bilateral and longitudinally extensive, which mirrors the pattern of involvement in the spinal cord .

Optic neuritis can arise in the setting of many infective and non-infective conditions:

MRI is the modality of choice for visualizing the optic nerve. Functional MRI or multifocal visual evoked potentials have also been shown to allow early diagnosis .

Typically findings are most easily identified in the retrobulbar intra-orbital segment of the optic nerve, which appears swollen, with a high T2 signal. High T2 signal persists and may be permanent; chronically the nerve will appear atrophied rather than swollen.

Contrast enhancement of the nerve, best seen with fat-suppressed T1 coronal images, is seen in >90% of patients if scanned within 20 days of visual loss .

Typical optic neuritis is self-limiting, and recovery of vision usually begins within a few weeks of symptom onset . Response to therapy and severity also differ depending on the underlying cause.

Although there is considerable evidence that corticosteroid therapy does not alter visual outcome at six months, it does appear to hasten recovery and some trials have shown persistent improvement of contrast sensitivity, visual fields, and color vision .

As such, if therapy is prescribed, it is usually 3 or more days of high dose steroids, started as early after symptom onset as possible .

Intravenous immunoglobulin or plasma exchange may be instituted if there is no response to steroids .