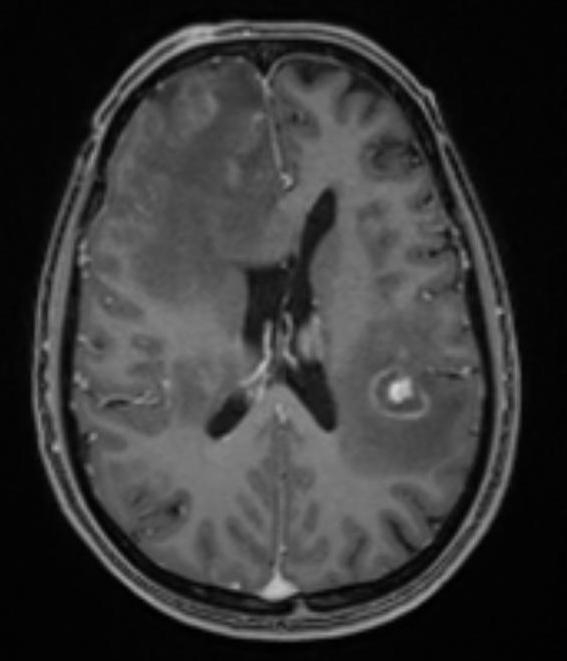 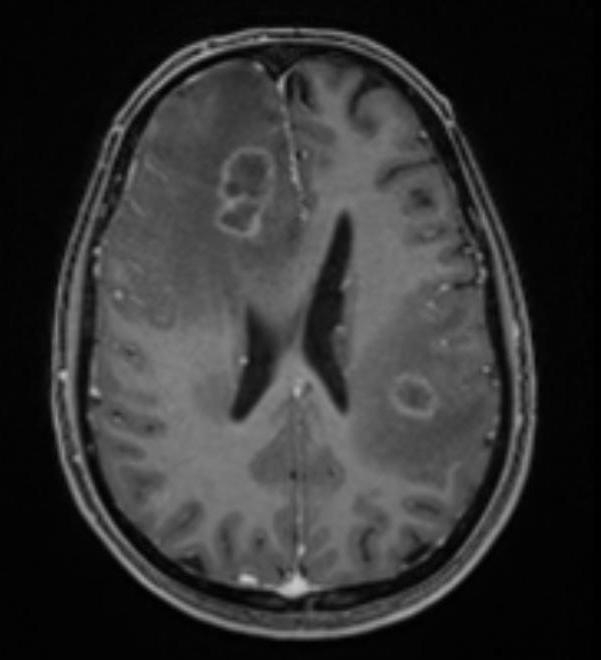 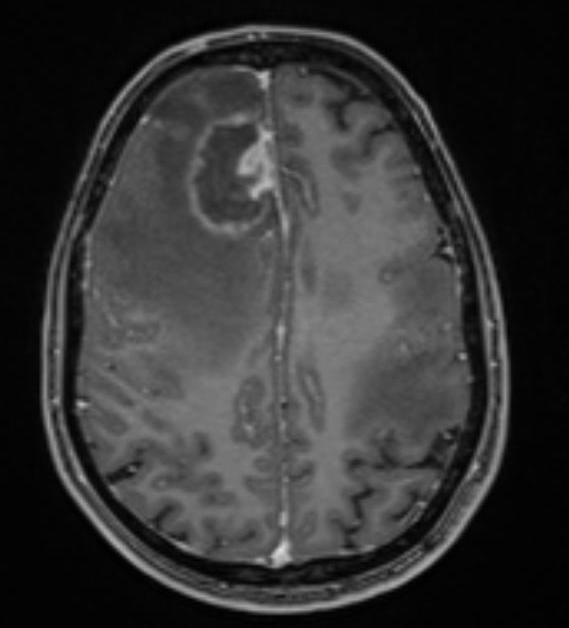 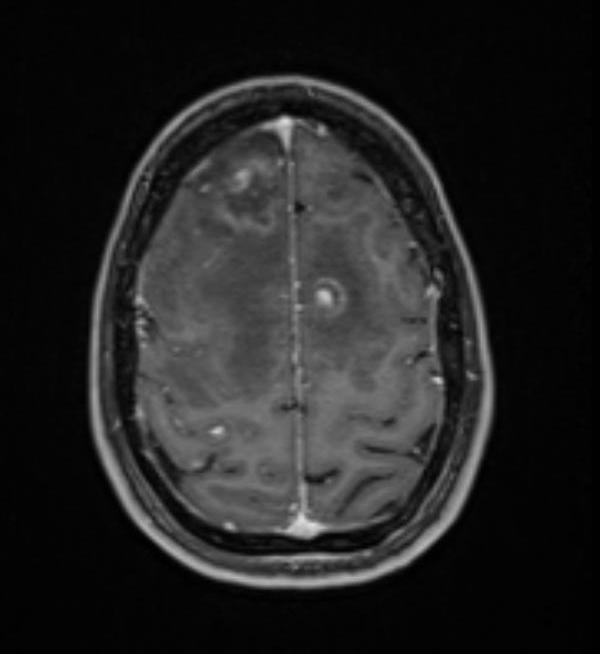 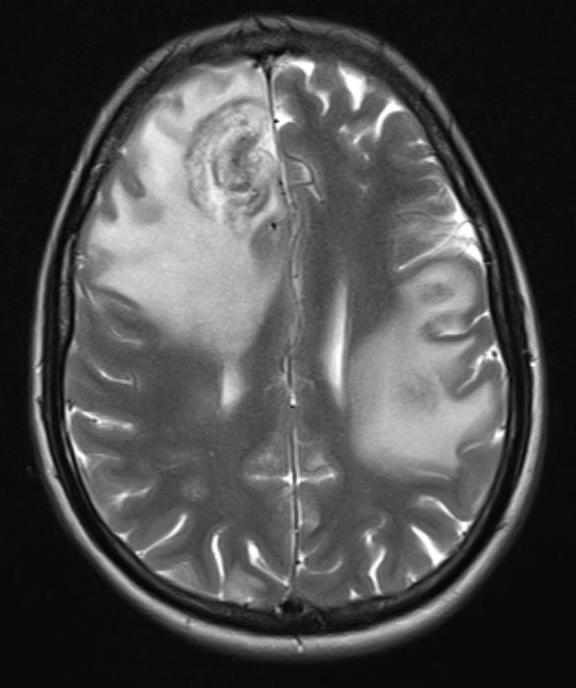 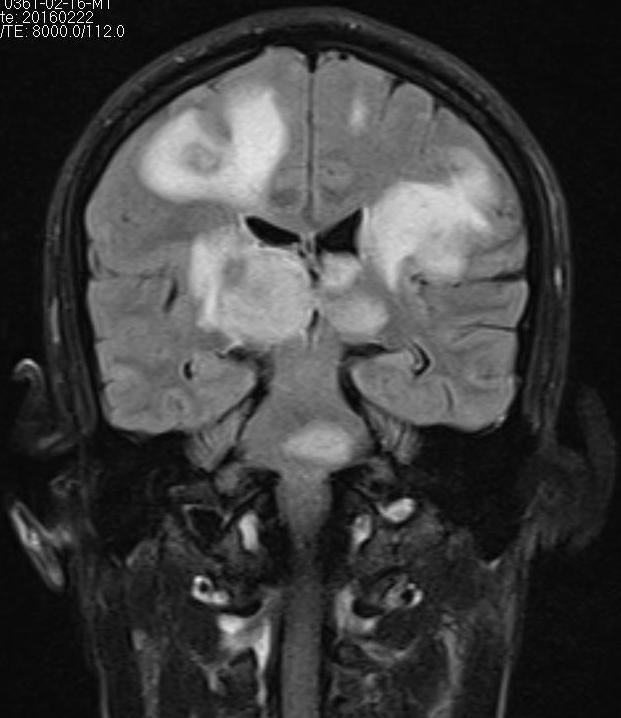 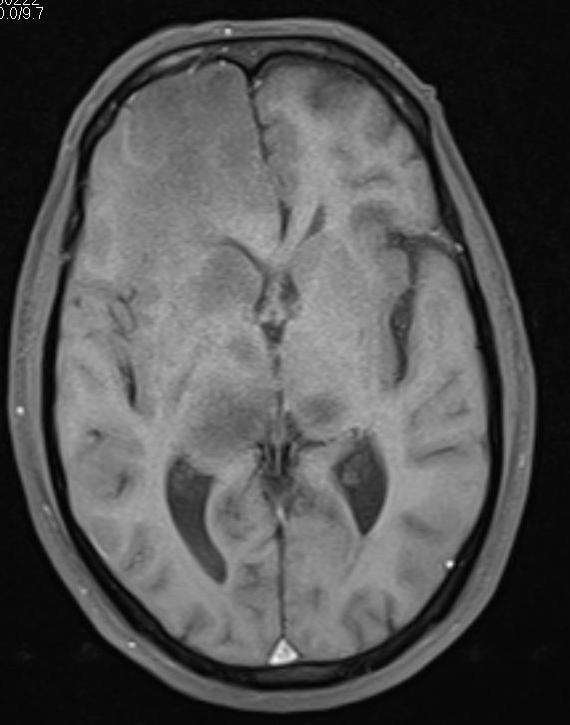 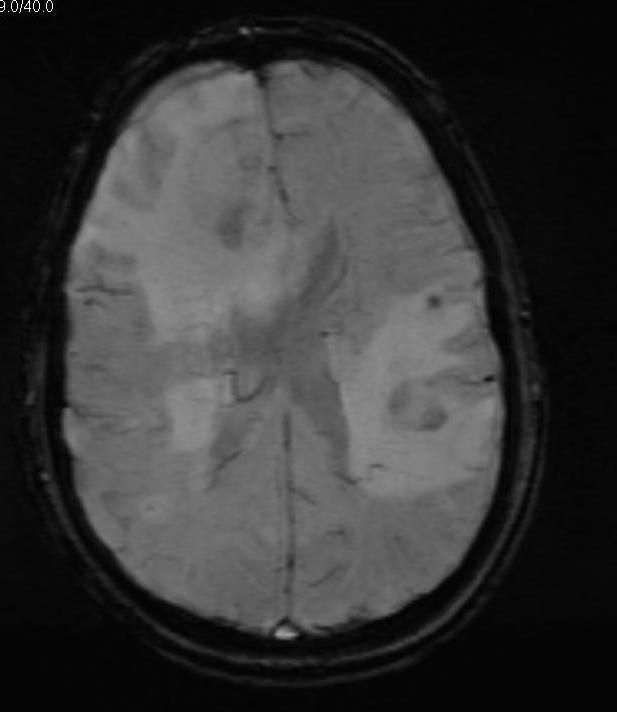 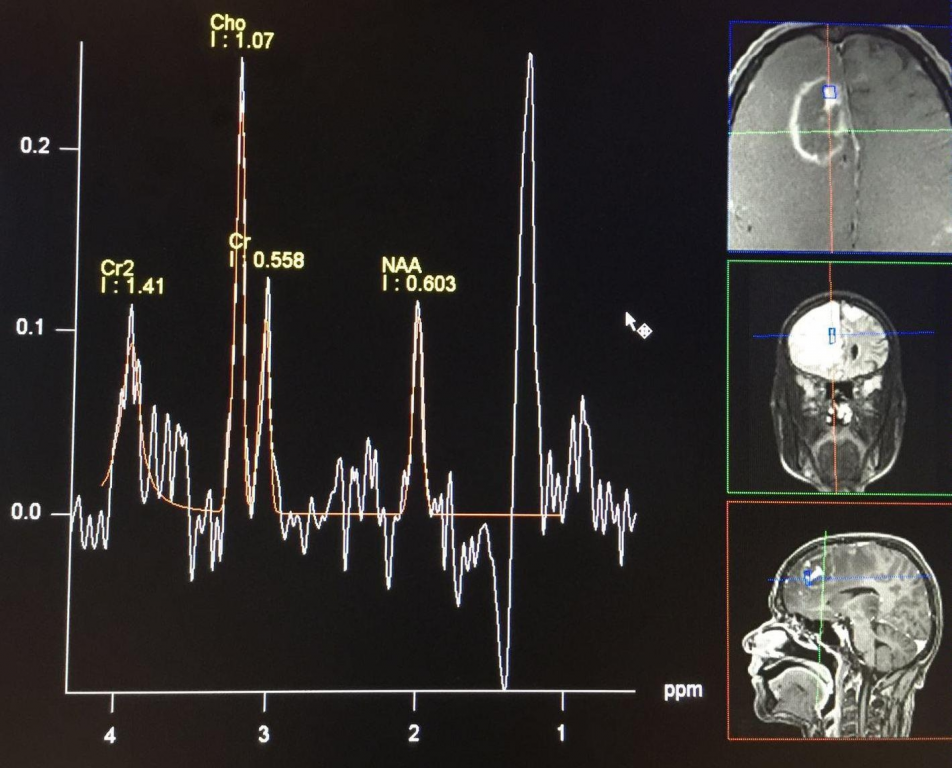 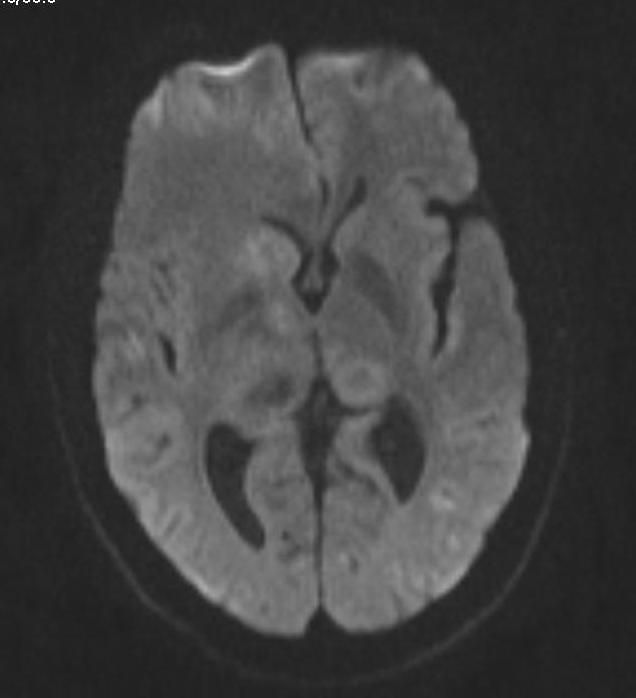 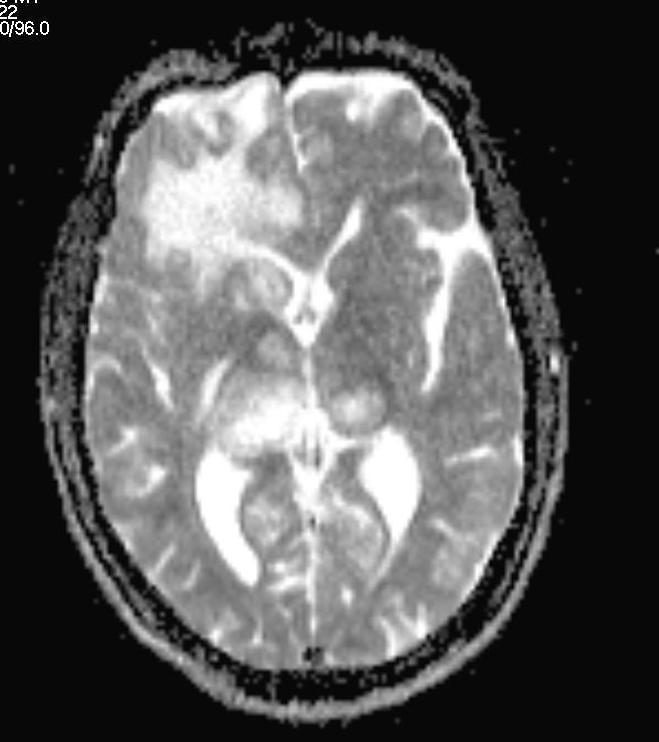 Neurotoxoplasmosis, also known as cerebral toxoplasmosis, is an opportunistic infection caused by the parasite Toxoplasma gondii.  It typically affects patients with HIV/AIDS and is the most common cause of cerebral abscess in these patients .

Toxoplasma gondii is found ubiquitously and antibodies to the organism can be identified in 30% of all humans. The rate varies greatly from population to population and has a wide reported prevalence: from 6-90% . In most cases, the infection is asymptomatic. However, in immunocompromised patients (especially those with HIV/AIDS), infection can become established. Cerebral toxoplasmosis is found in 10-34% of autopsies on patients with HIV/AIDS .

The infection most likely occurs once the CD4+ count has dropped below 200 cells/mm .

In immunocompetent patients, acute encephalitis is extremely rare. Even in the immunocompromised, symptoms are typically vague and indolent. Development of new neurological symptoms in these patients should raise high suspicion of cerebral toxoplasmosis.

Toxoplasma gondii is an intracellular parasite that infects birds and mammals. Its definitive host is the cat and other Felidae species. Excretion of oocytes in its feces followed by contaminated uncooked consumption by humans can lead to human infection. In immunocompetent individuals, it primarily causes a subclinical or asymptomatic infection. In immunocompromised individuals (e.g. AIDS patients), toxoplasmosis is the most common cause of a brain abscess.

Typically cerebral toxoplasmosis manifest as multiple lesions, with a predilection for the basal ganglia, thalami, and corticomedullary junction .

Typically, cerebral toxoplasmosis appears as multiple hypodense regions predominantly in the basal ganglia and at the corticomedullary junction. However, they may be seen in the posterior fossa. Size is variable, from less than 1 cm to more than 3 cm, and there may be associated mass effect.

Minimal or no uptake (cold lesion) as opposed to primary CNS lymphoma .

In general, biopsy is not required and treatment is initiated and follow-up imaging performed. The exception to this rule are patients who have atypical imaging features (e.g. single lesion) or who are seronegative for Toxoplasma gondii  .

Treatment consists of sulfadiazine with pyrimethamine .