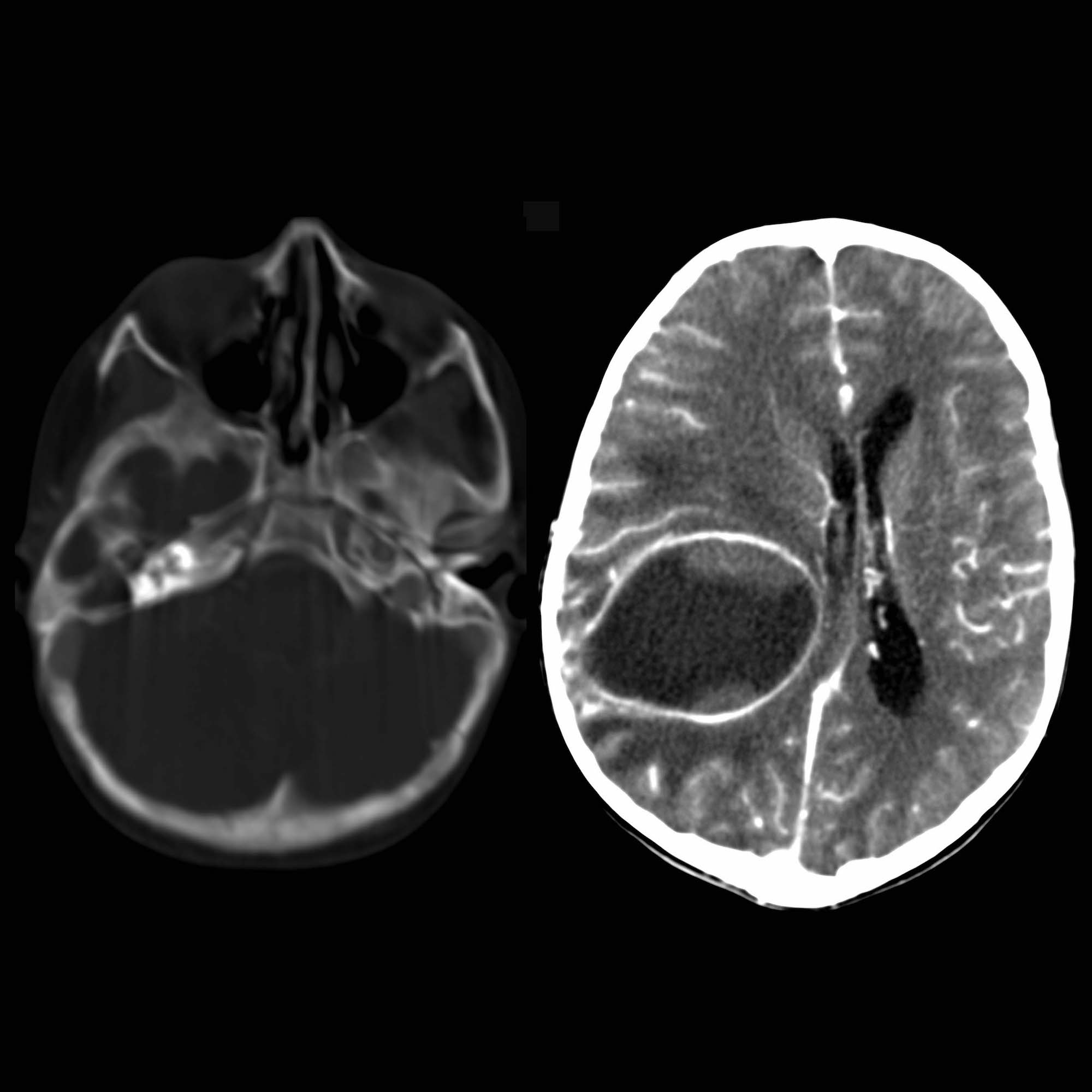 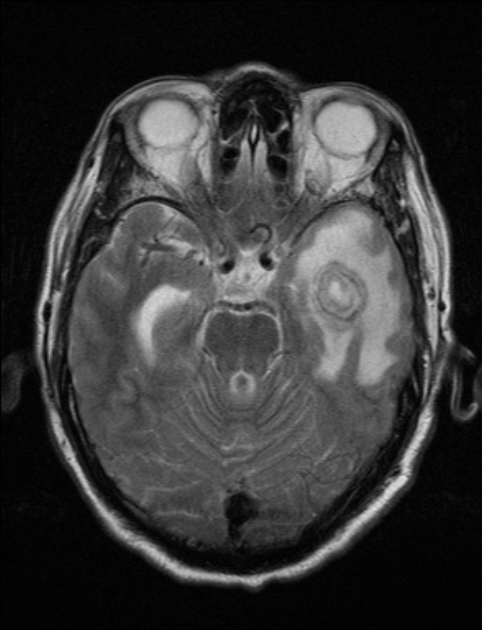 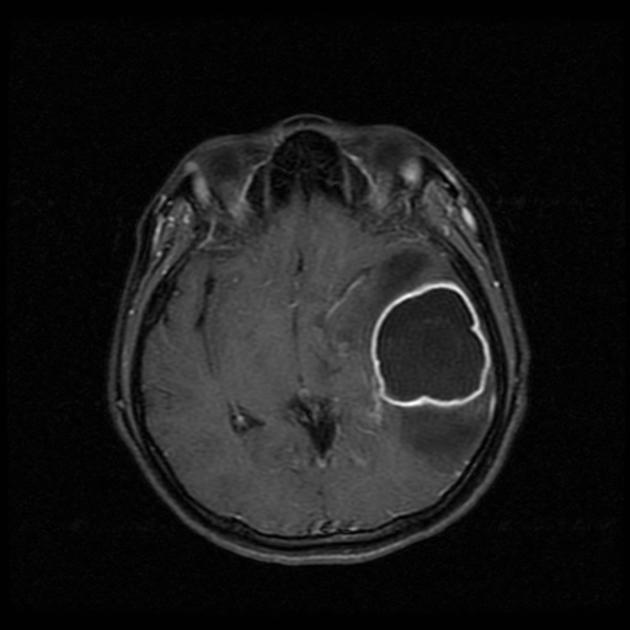 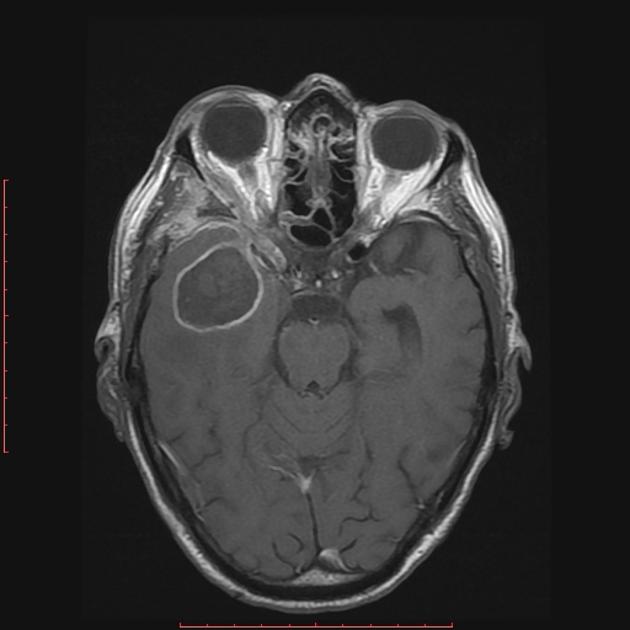 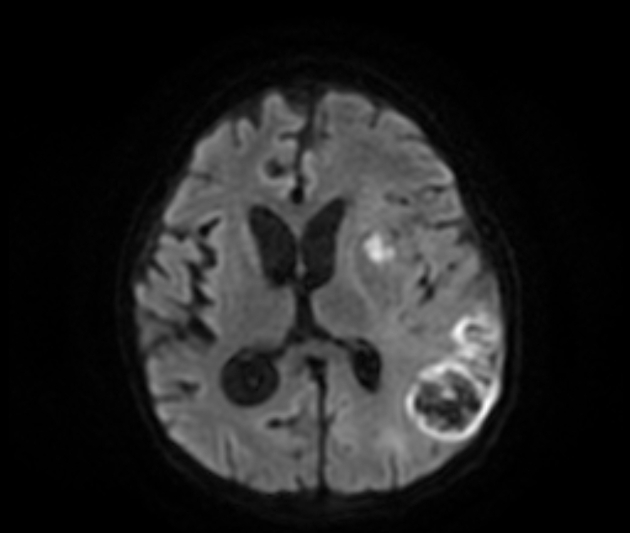 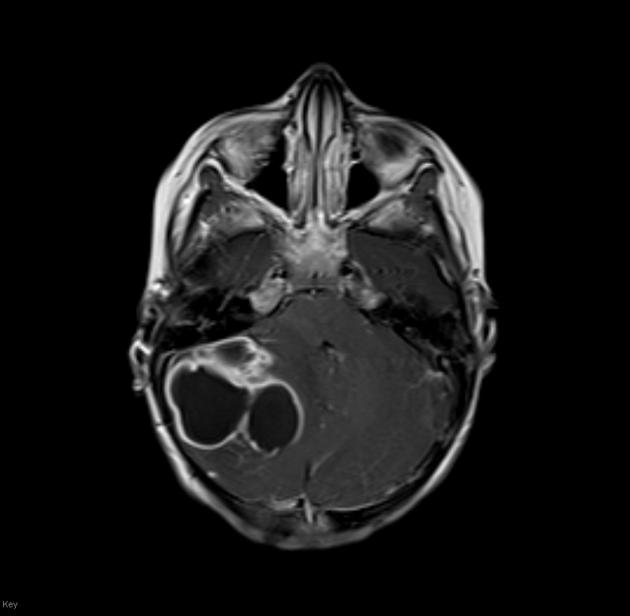 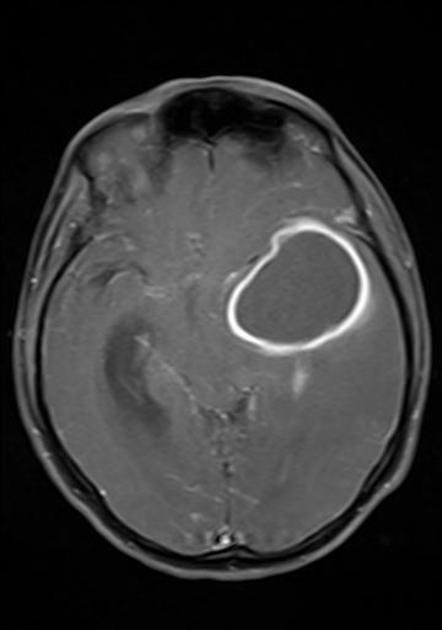 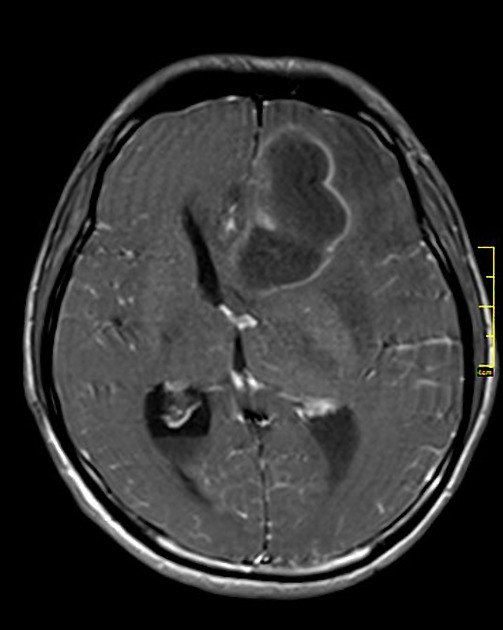 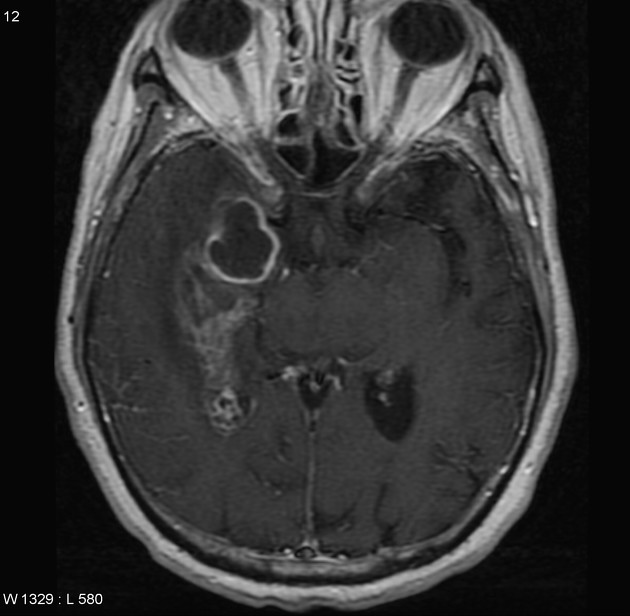 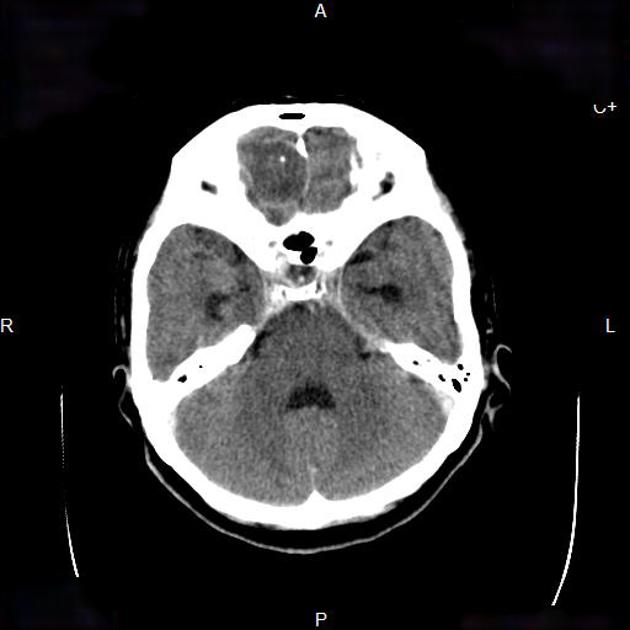 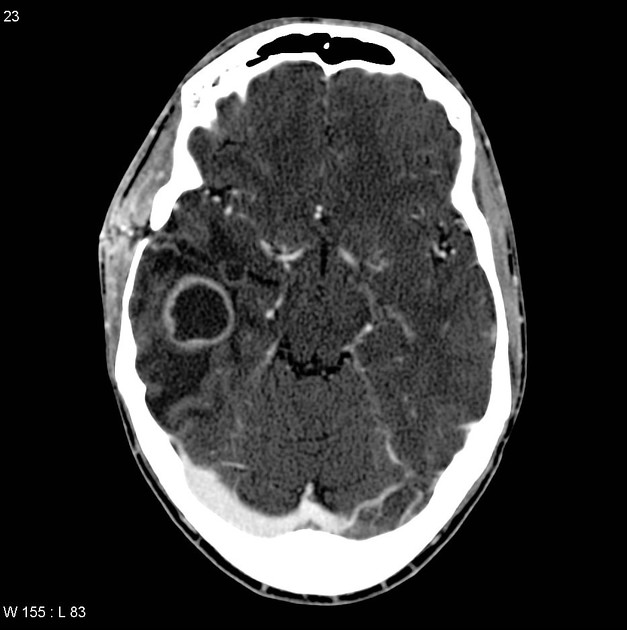 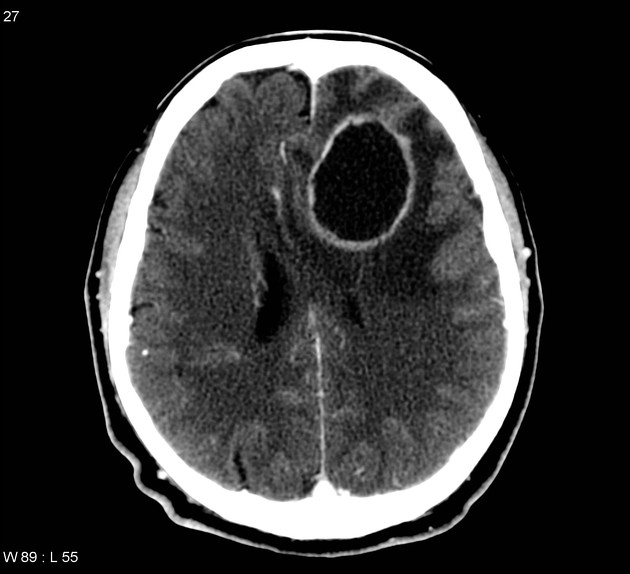 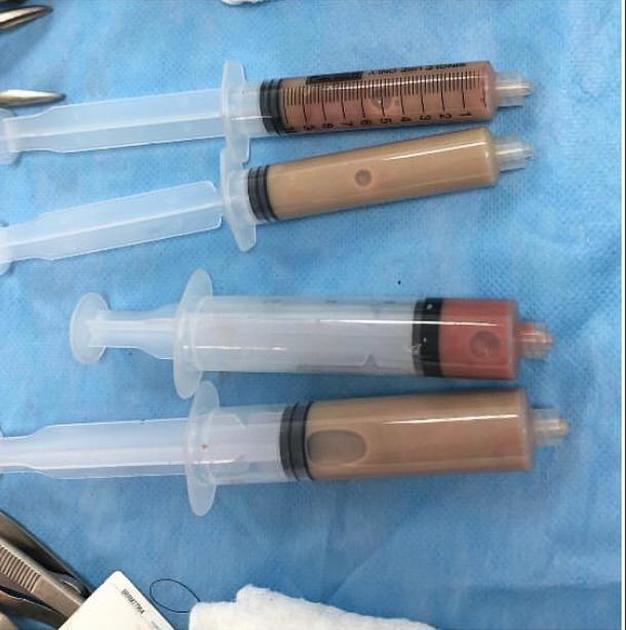 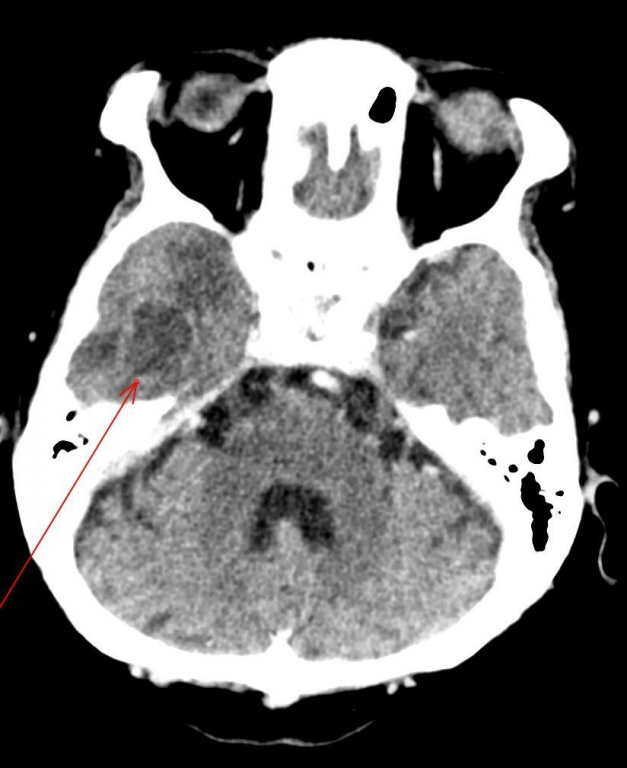 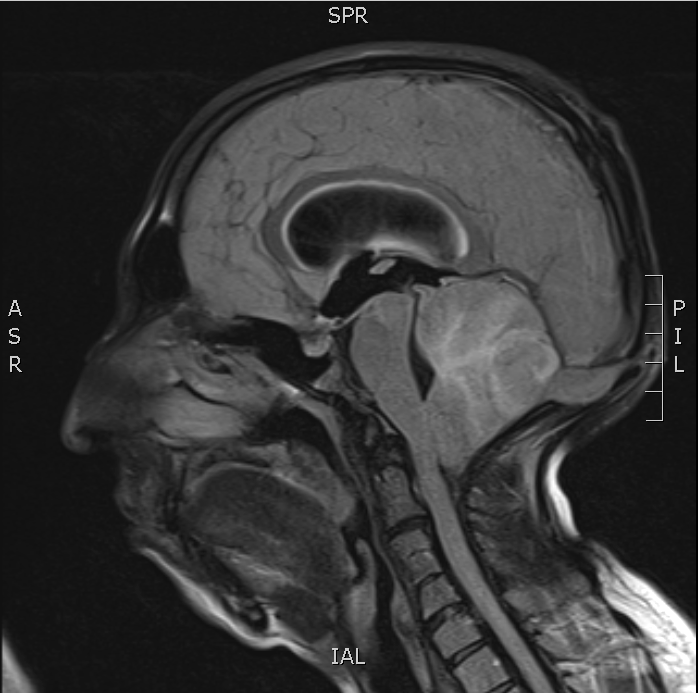 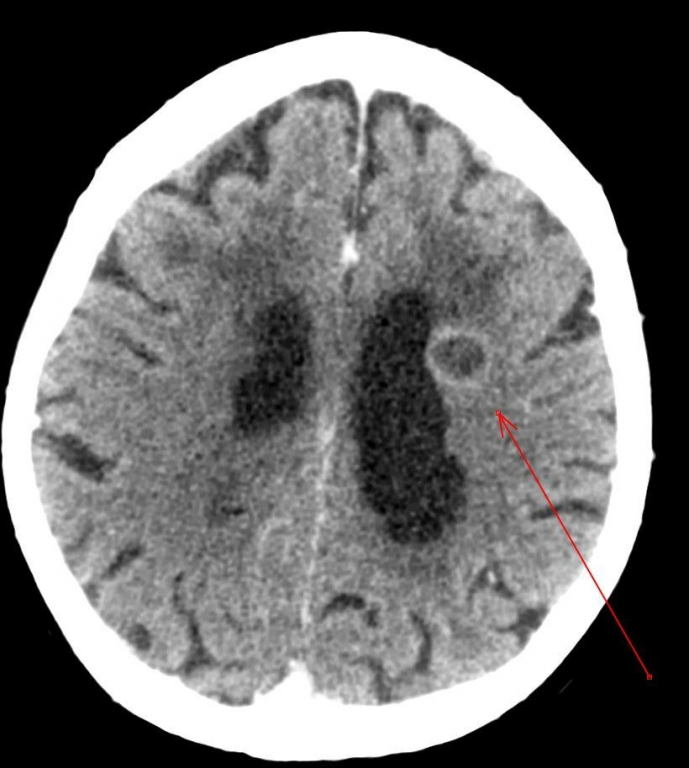 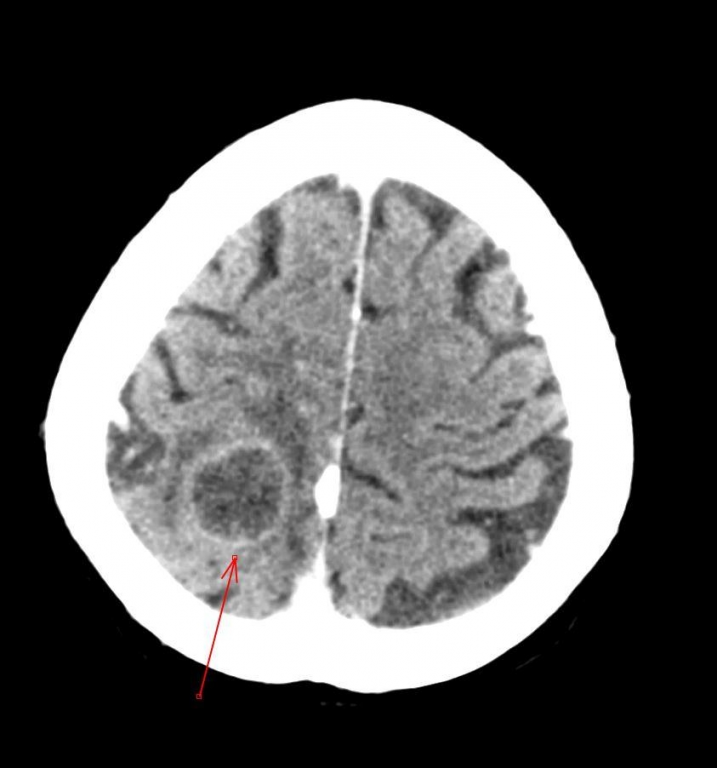 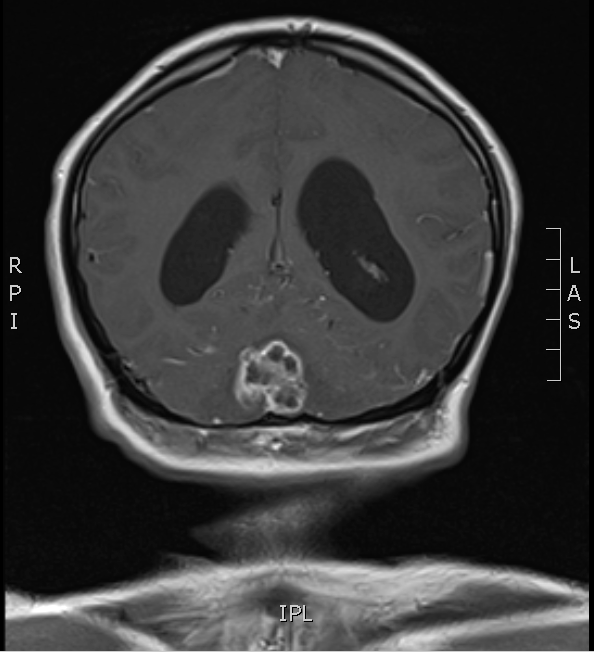 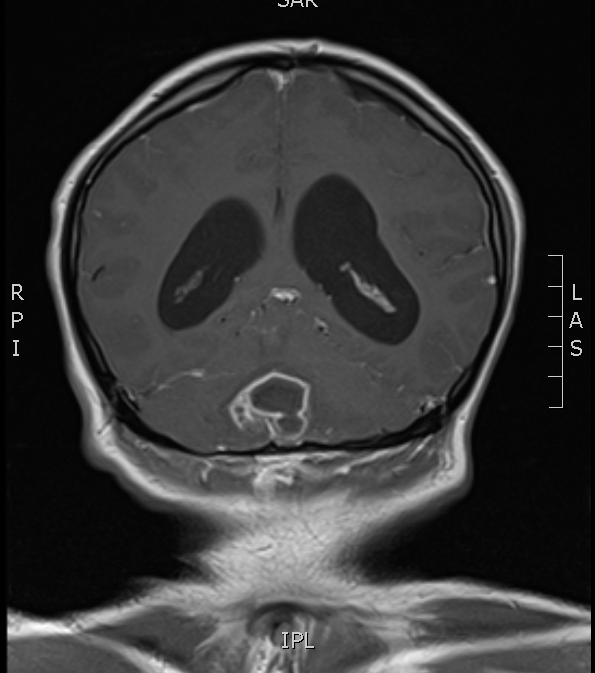 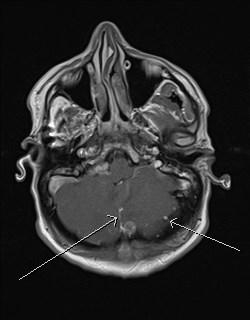 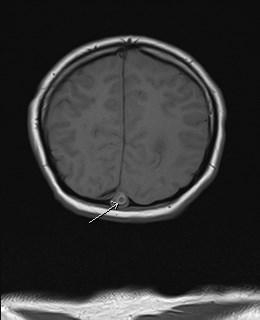 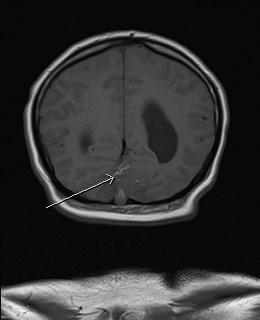 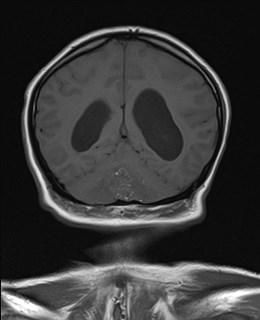 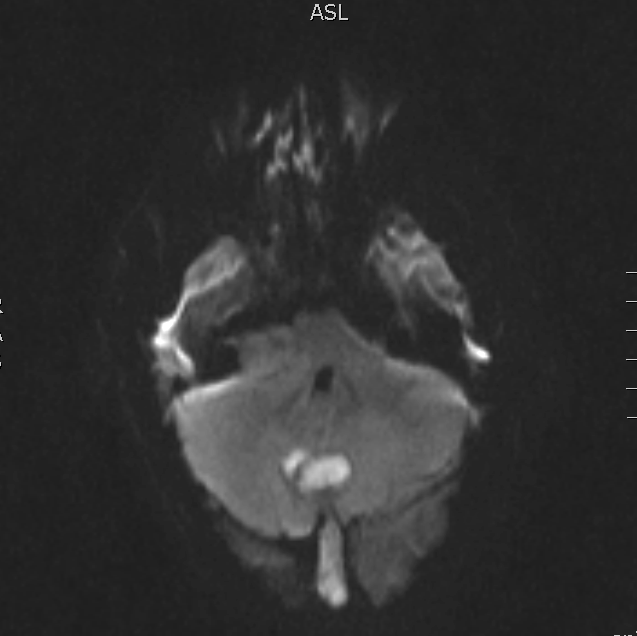 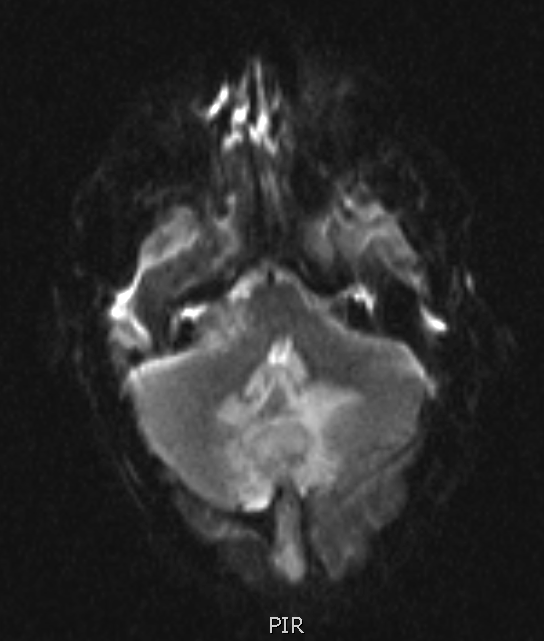 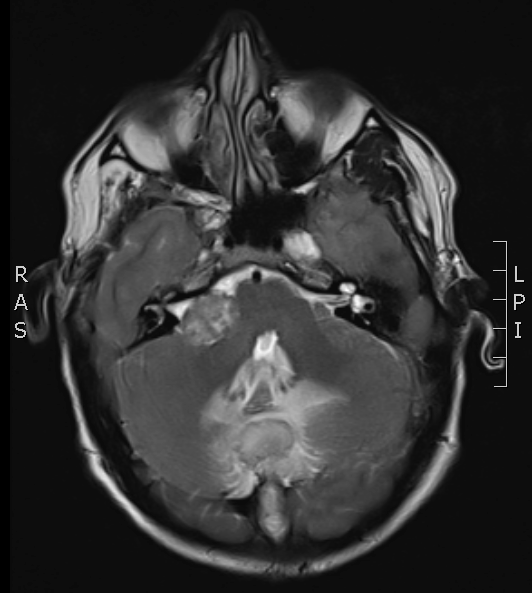 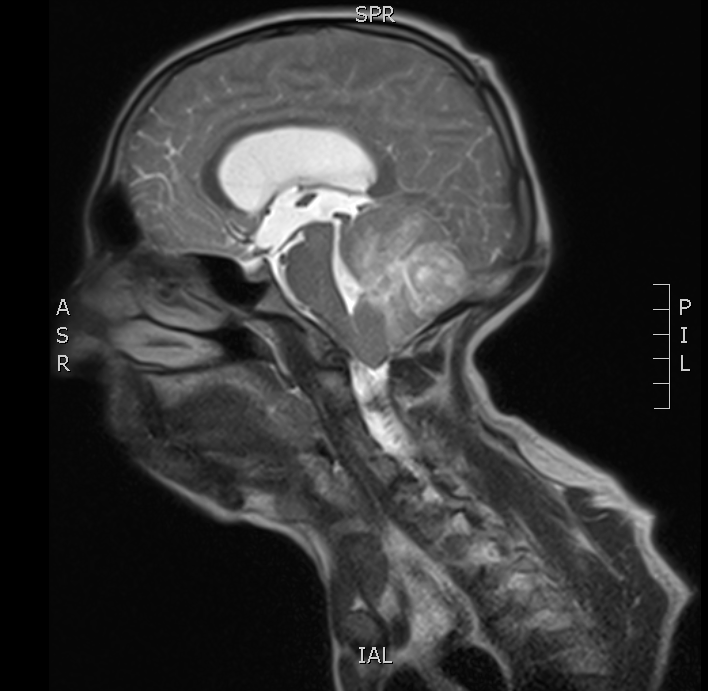 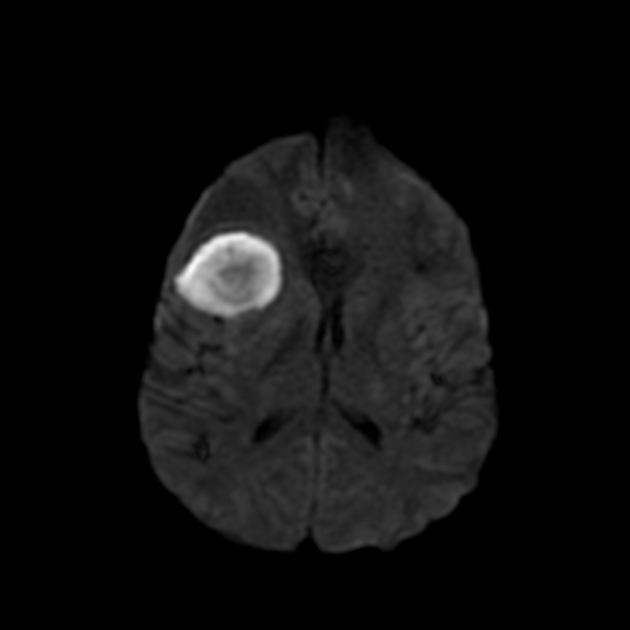 Demographics reflect at-risk groups (see below) with all age groups being affected.

Risk factors for haematogenous spread include :

Clinical presentation is non-specific, with many cases having no convincing inflammatory or septic symptoms. Symptoms of raised intracranial pressure, seizures and focal neurological deficits are the most common forms of presentation. Eventually, many abscesses rupture into the ventricular system, which results in a sudden and dramatic worsening of the clinical presentation and often heralds a poor outcome.

Cerebral abscesses result from pathogens growing within the brain parenchyma. Initial parenchymal infection is known as cerebritis, which may progress into a cerebral abscess. Historically direct extension from sinus or scalp infections was the most common source. More recently hematological spread has become most common. Direct introduction by trauma or surgery accounts for only a small minority of cases .

The immunocompromised patient is susceptible to a host of other organisms including :

Both CT and MRI demonstrate similar features, although MRI has a greater ability to distinguish a cerebral abscess from other ring-enhancing lesions:

In patients with suspected intraparenchymal sepsis, pre- and post-contrast scans should be obtained, unless the plan is to proceed to MRI regardless of the CT findings. Typical appearances include:

MRI is more sensitive than CT. Although peripherally-enhancing lesions may be non-specific by imaging, diffusion-weighted sequences (less commonly MR spectroscopy) showing central diffusion restriction are critical for suggesting the diagnosis of a cerebral abscess.

The mainstay of treatment for cerebral abscesses is neurosurgical intervention and drainage of the collection. This can be performed either by stereotactic aspiration or craniotomy . Broad-spectrum intravenous antibiotics are also needed and can later be changed to agents tailored to the specific organisms.

When a lesion demonstrates both ring enhancement and central restricted diffusion the differential is very much narrowed, and although cerebral abscess is by far the most likely diagnosis, the following should also be included on the differential :