pulmonary and mediastinal manifestations of sarcoidosis 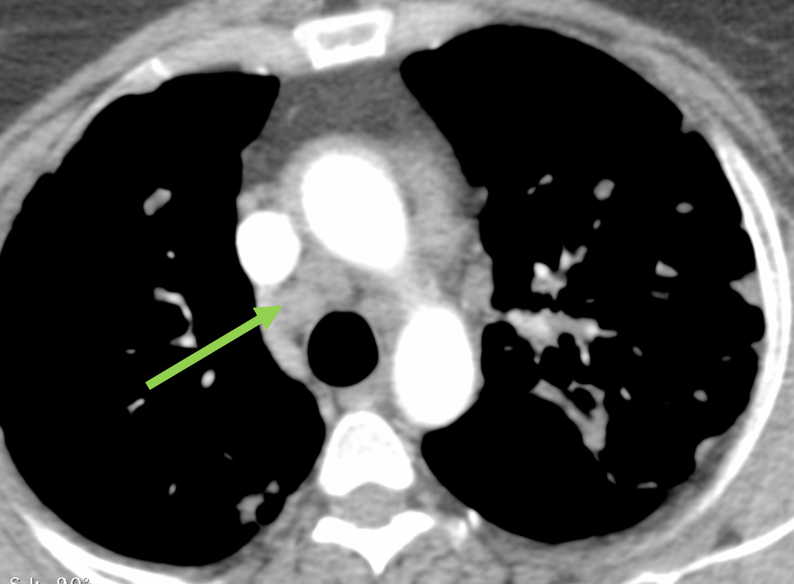 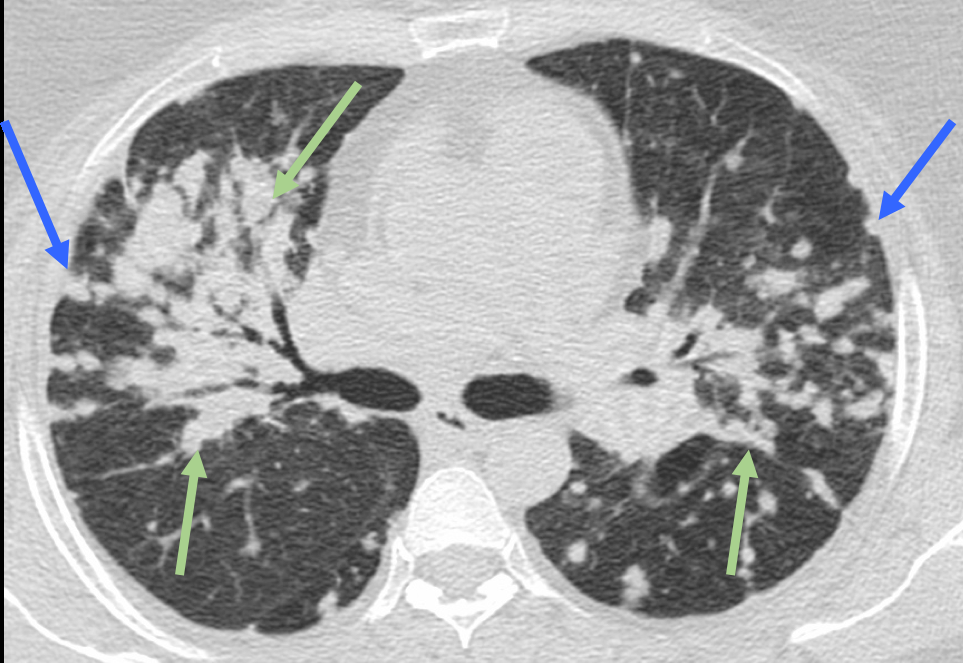 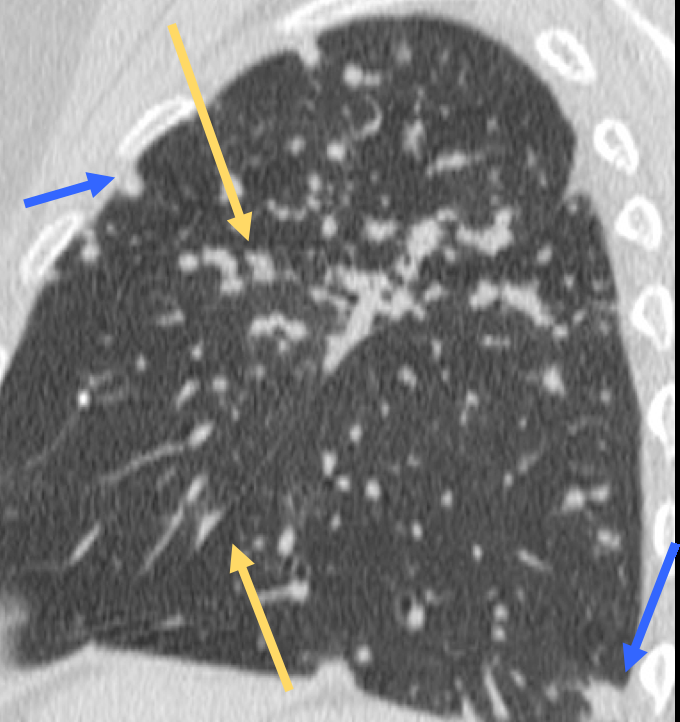 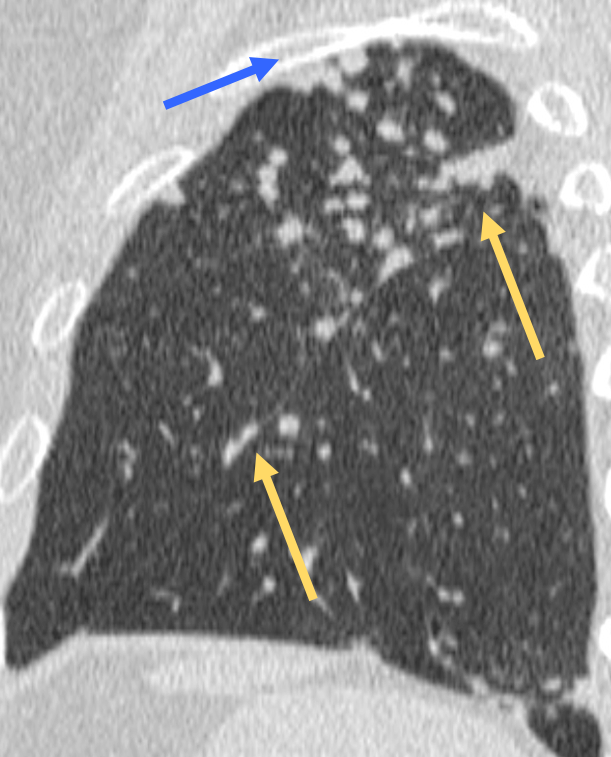 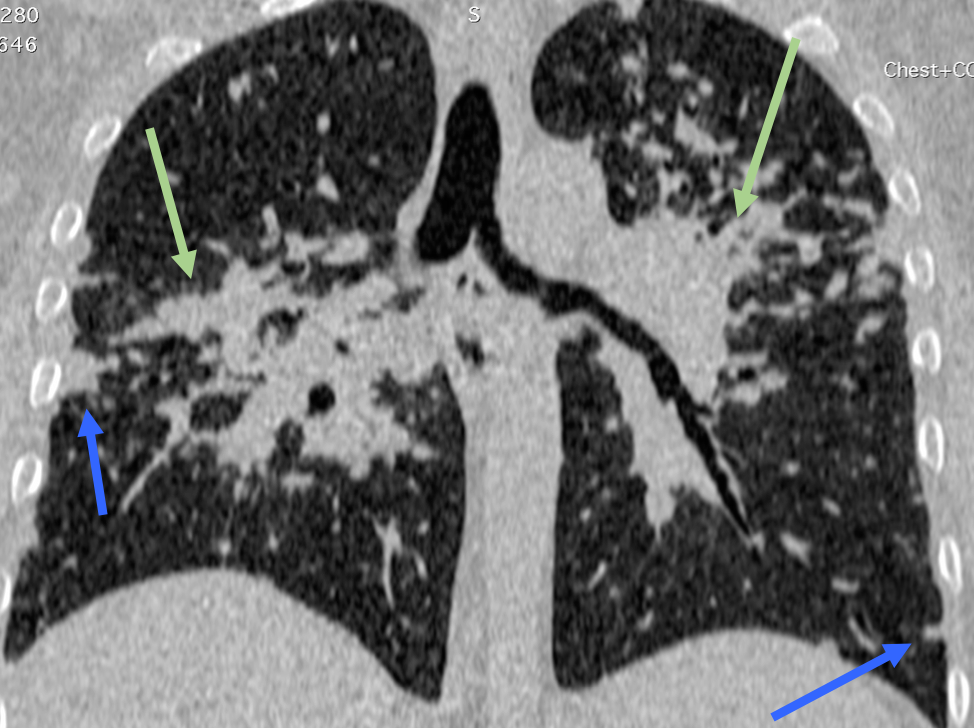 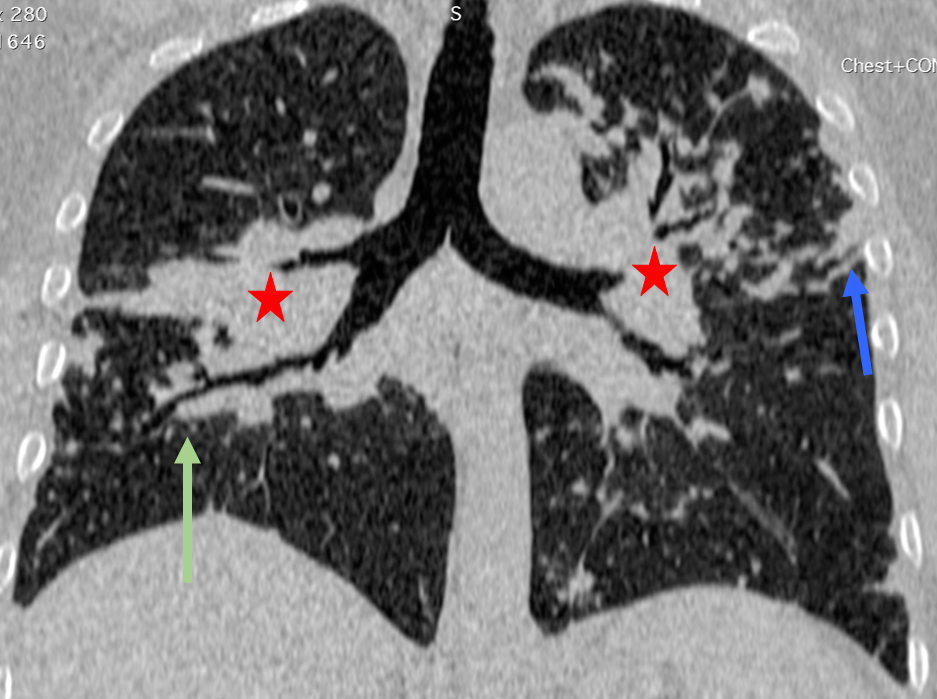 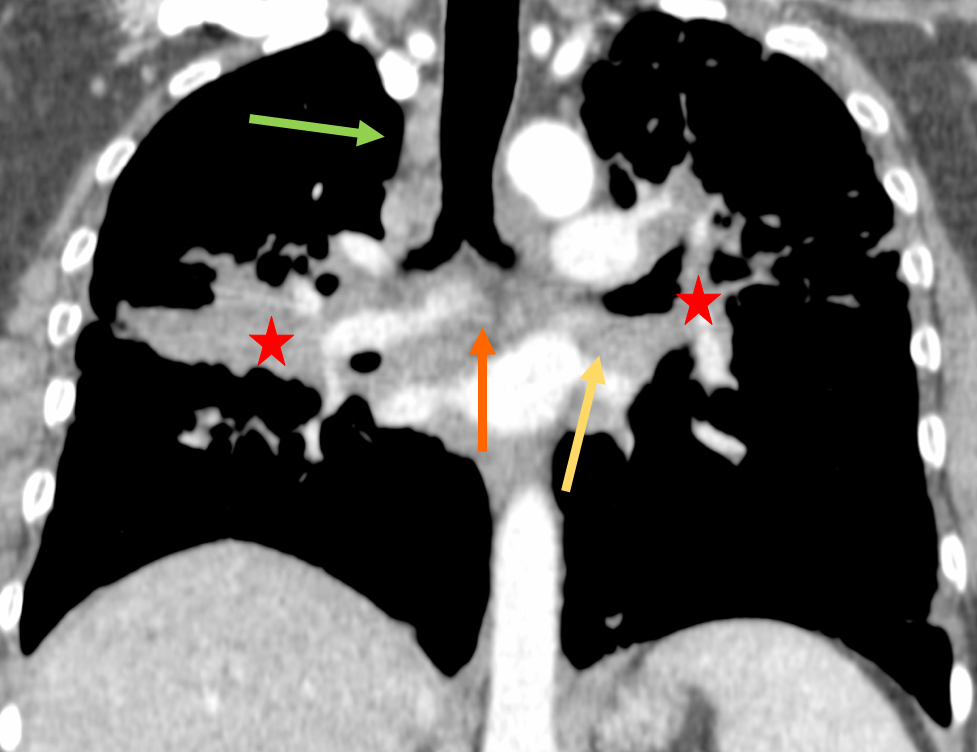 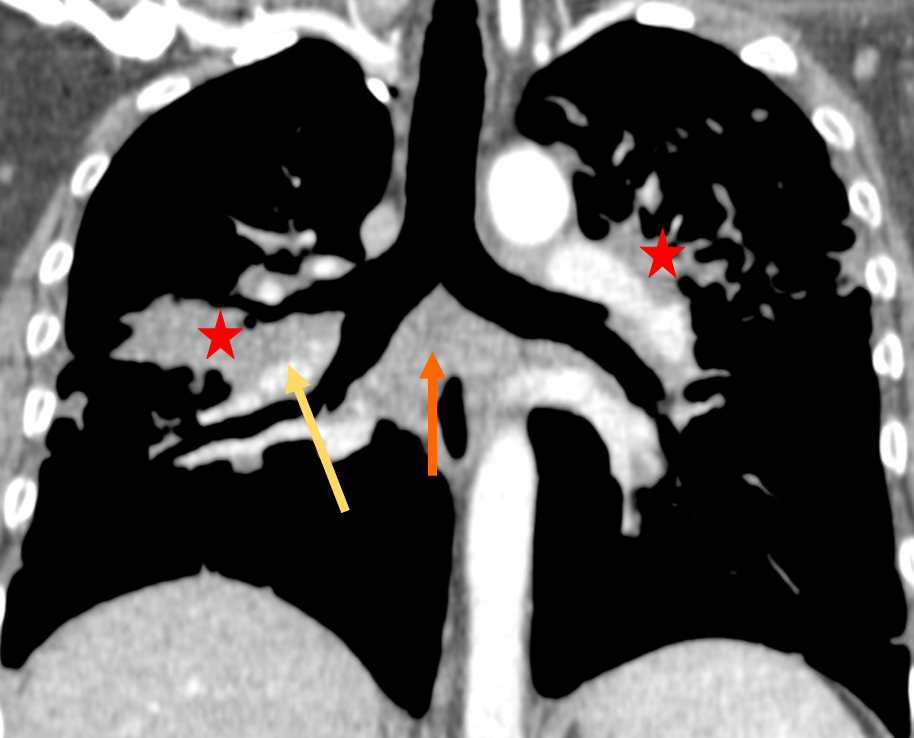 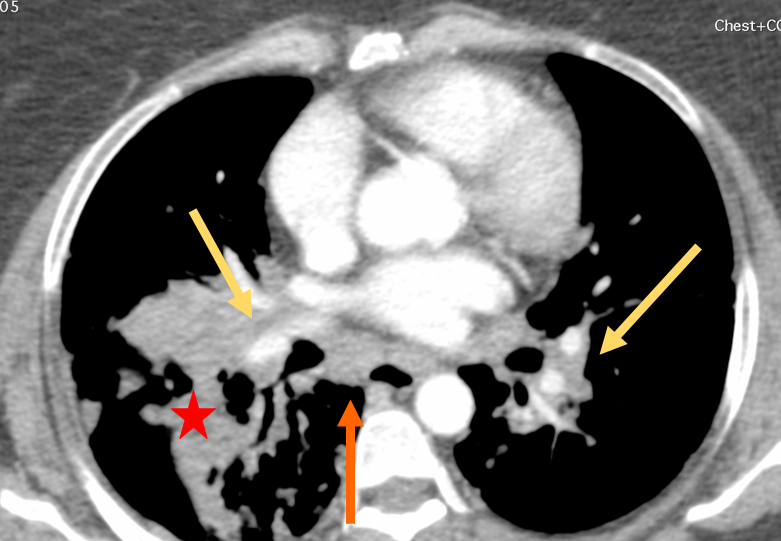 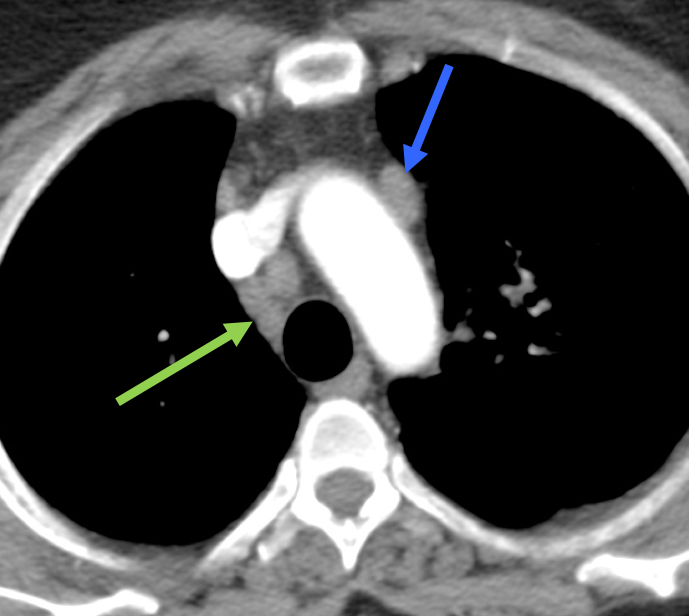 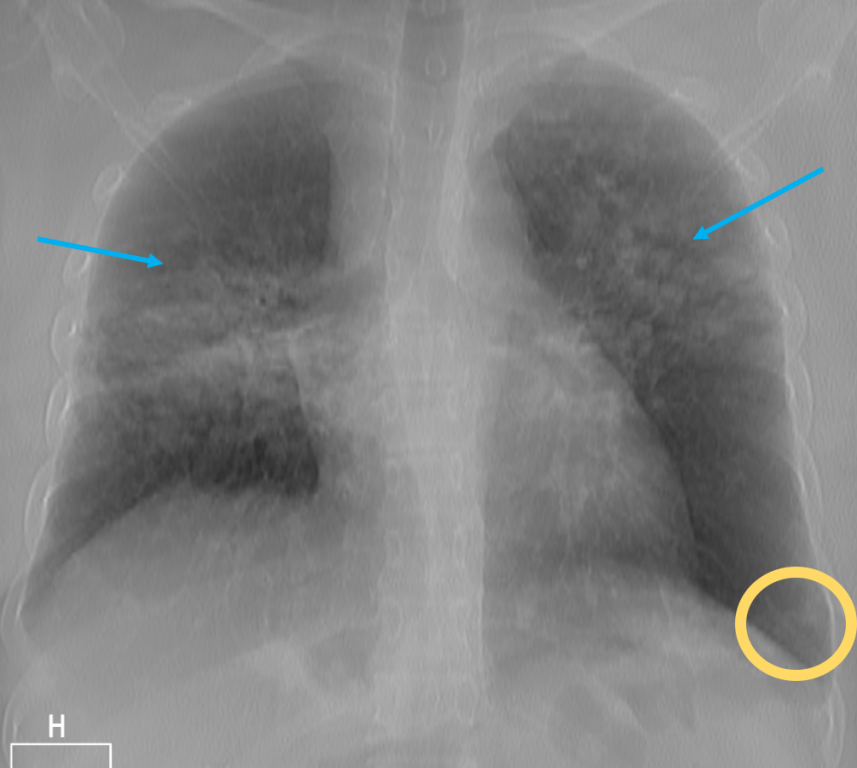 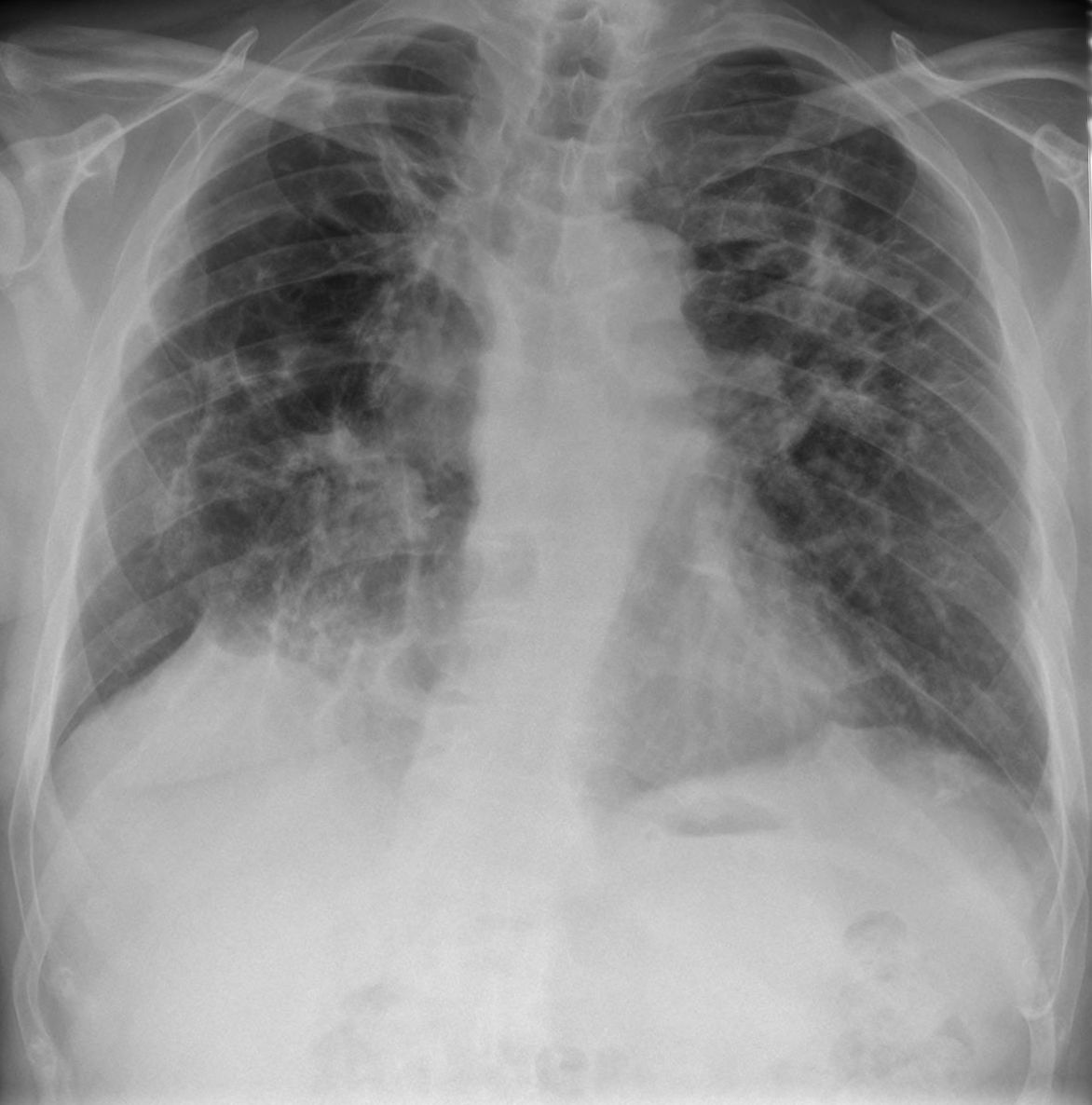 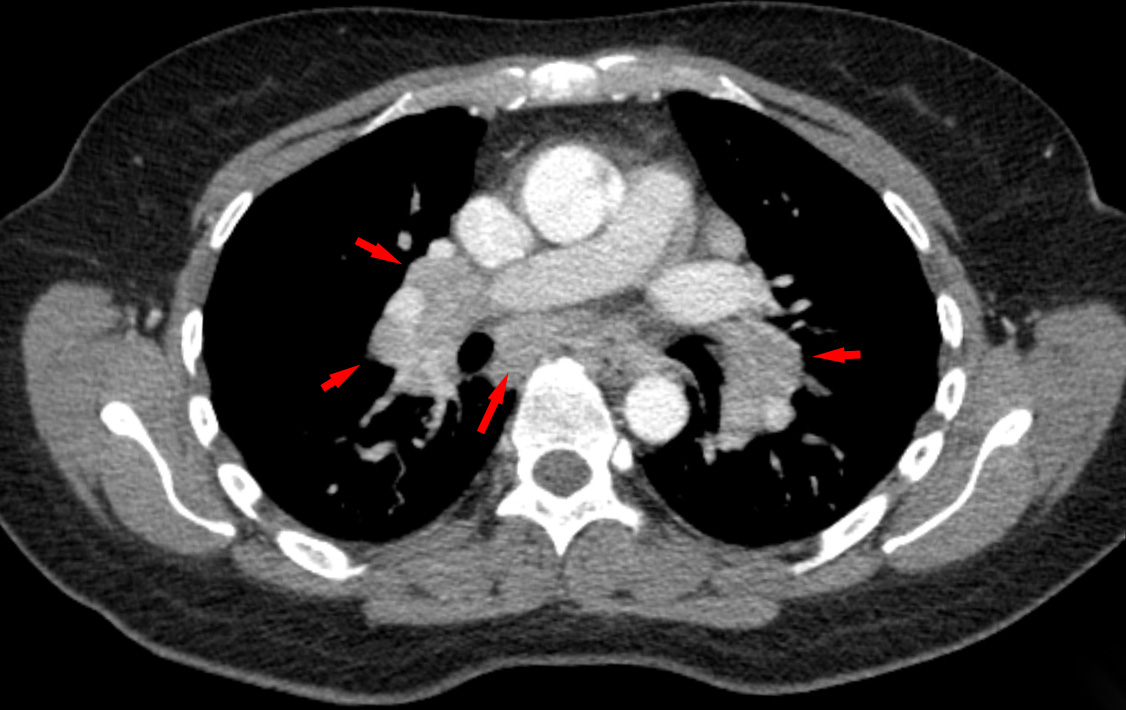 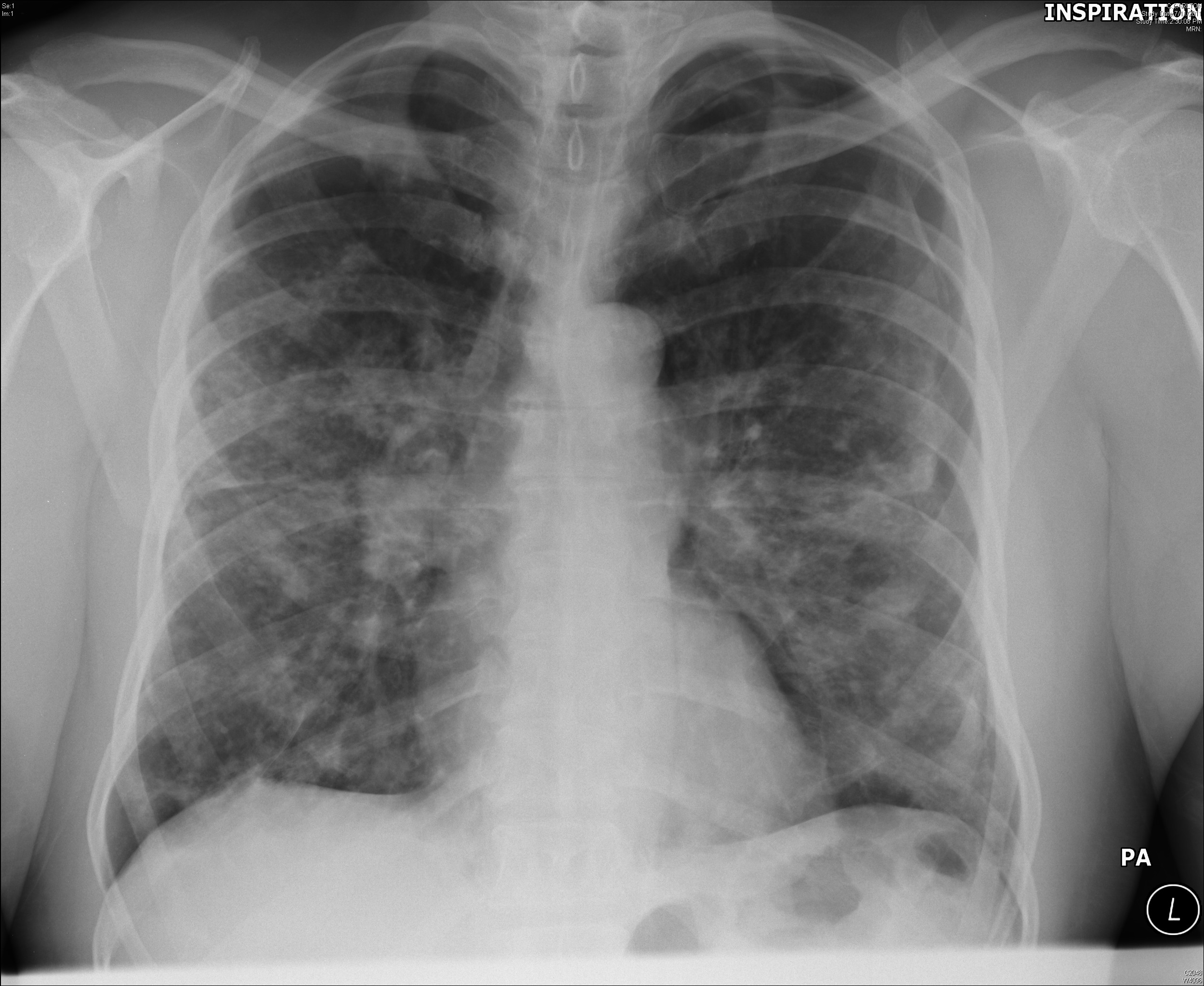 Nodular lung
lesions are reported in up to 4% of cases of sarcoidosis. The main differential diagnosis is usually metastatic neoplasm.
Wikipedia • CC BY-SA 2.0

An AP chest
xray showing the typical nodularity of sarcoidosis in a person with sarcoidosis
Wikipedia • CC BY-SA 3.0 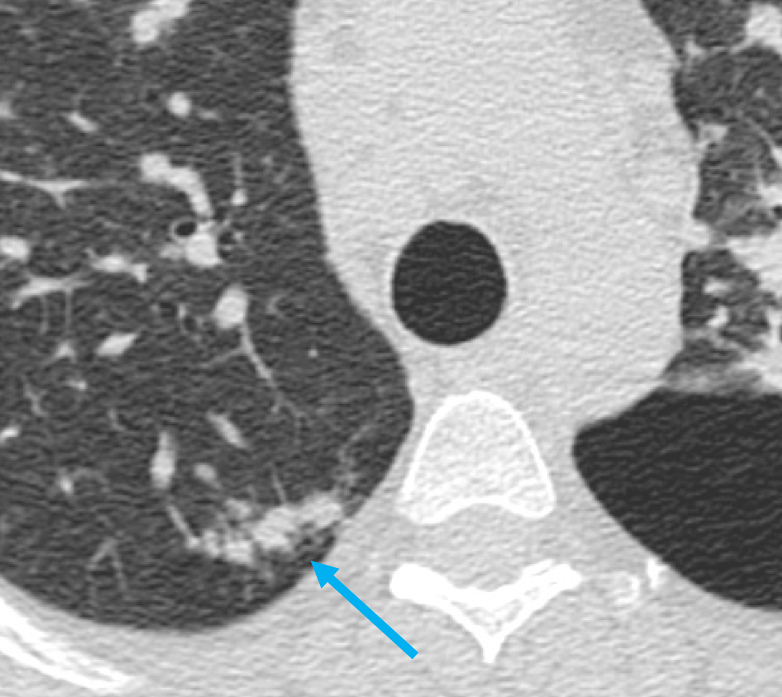 Pulmonary and mediastinal involvement of sarcoidosis is extremely common, seen in over 90% of patients with sarcoidosis. Radiographic features are variable depending on the stage of the disease.

For a general discussion, please refer to the parent article: sarcoidosis.

Pulmonary manifestations are present in ~ 90% of patients. Patients between 20 and 40 years of age are most commonly affected, although lung involvement can be seen at any age . There is a slight female predominance, particularly among African-Americans. It is rare in Asians.

Löfgren syndrome is an uncommon but specific acute presentation with a better prognosis.

Respiratory function tests tend to demonstrate a restrictive pattern with reduced lung volumes and reduced diffusion capacity. Obstructive components are usually seen in patients who also smoke, and are primarily attributable to the later .

Sarcoid granulomata mainly occur in a distribution along the lymphatics in the bronchovascular sheath and, to a lesser extent, in the interlobular septa and subpleural lung regions. This distribution is one of the most helpful features in recognizing sarcoidosis pathologically and is responsible for the high rate of success in diagnosis by bronchial and transbronchial biopsies .

Thus, on gross examination, multiple pulmonary granulomas occur in a characteristic lymphatic and perilymphatic distribution. Microscopically, the granulomas are typically non-caseating and coalescent.

The granulomas may resolve spontaneously or progress to fibrosis.

Both chest radiograph and CT are commonly used to evaluate for thoracic sarcoidosis. Imaging evaluation can be tricky, as the manifestations are variable and depend on the stage of disease on both x-ray and CT . In addition, it is essential to understand that imaging findings are non-specific or atypical in 25-30% - sarcoidosis is often termed the "great mimicker" .

Although there is a large spectrum of thoracic imaging findings, the most typical manifestations include:

Chest x-ray is less sensitive than CT for thoracic manifestations of sarcoidosis. The radiograph may appear normal despite the presence of pulmonary granulomas histologically (5-10% of cases). The Scadding criteria have been used, despite limitations, to stage sarcoidosis for decades.

Patterns of lymphadenopathy include:

Patterns of pulmonary disease on plain radiograph include:

Although chest x-ray may be sufficient for the diagnosis, CT or high-resolution CT provides better evaluation of lung changes and lymphadenopathy, as well as corollary findings such as pulmonary artery enlargement or sequela of cystic disease (e.g. mycetoma formation). Consequently, CT allows a more accurate correlation to disease stage and pulmonary function tests. It may be especially useful in patients with normal (stage 0) or isolated nodal involvement (stage I) by chest x-ray .

CT is more sensitive for characteristic hilar/mediastinal lymphadenopathy of sarcoidosis (80-90%).

Parenchymal findings on CT include :

Tracheal or bronchial involvement is only rarely seen but may result in stenosis .

Sarcoidosis is characteristically FDG-avid, and PET-CT has been shown to have high sensitivity (94-100%) for thoracic disease .  Thus, FDG-PET-CT may be useful for :

Gallium-67 scintigraphy usually shows high uptake in active sarcoidosis and is useful for assessing disease activity and response to treatment, although as it is a non-specific marker of inflammation, it is non-specific. It has a role also in detecting extrathoracic involvement (see sarcoidosis) .

Treatment is predominantly with corticosteroids, which are usually administered only to patients with active disease. Unfortunately distinguishing active disease superimposed on chronic fibrotic changes is difficult and criteria are controversial .

Pulmonary involvement is responsible for the majority of morbidity and mortality in patients with sarcoidosis. The overall mortality rate is approximately 5%, with patients who present insidiously faring worse than those who present with an acute onset . Likelihood of resolution depends on the stage of disease at presentation :

The differential often depends on the stage of disease and particular appearances: