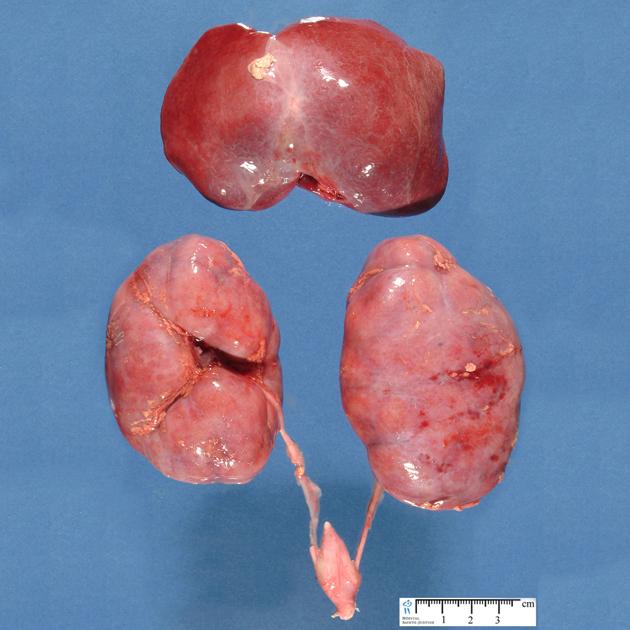 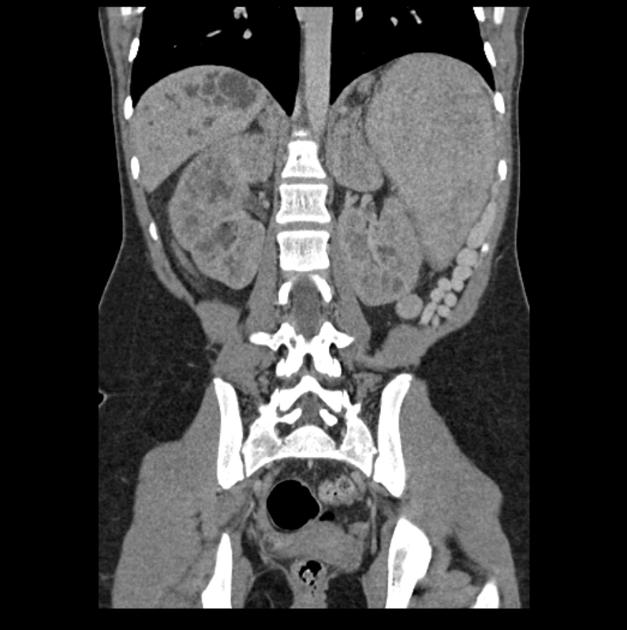 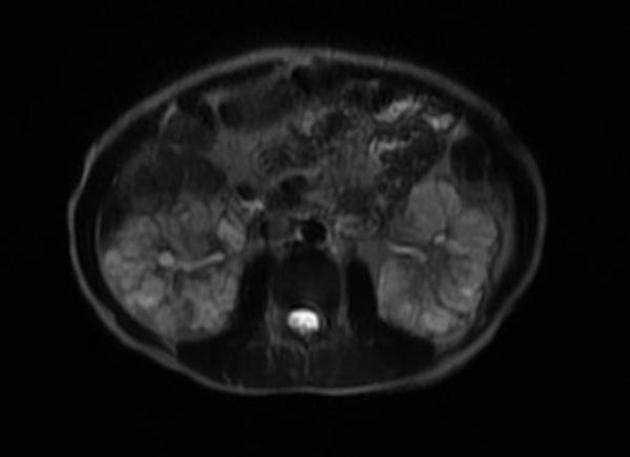 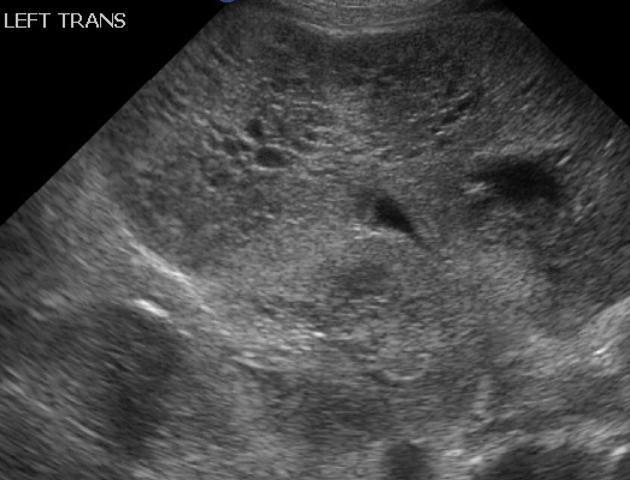 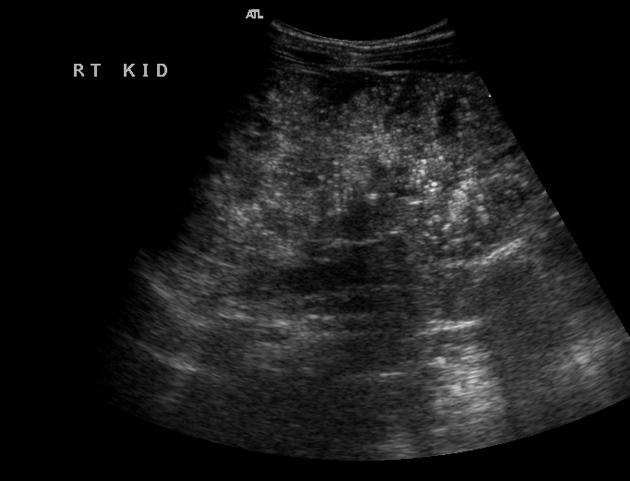 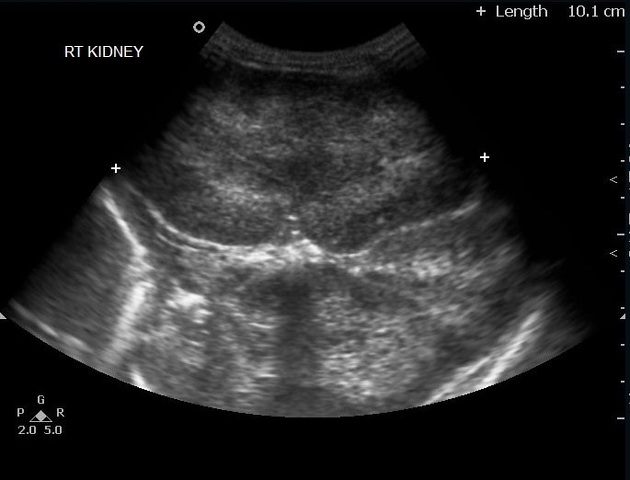 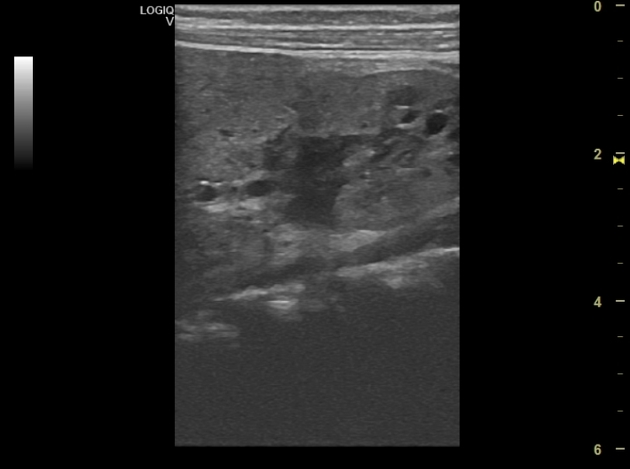 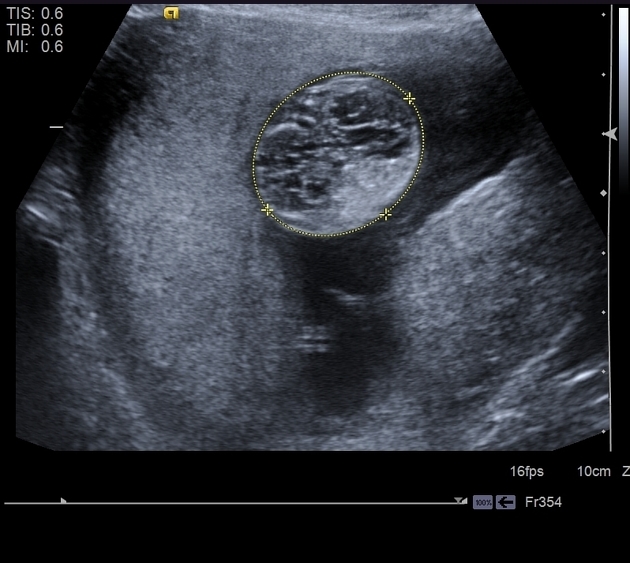 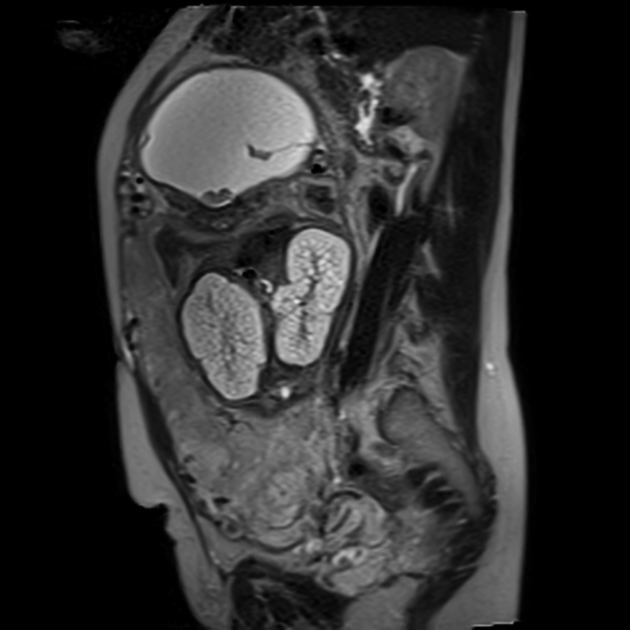 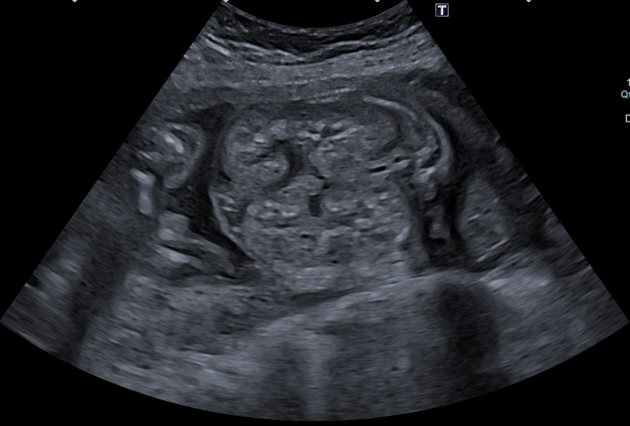 On imaging, it usually presents on ultrasound with enlarged echogenic kidneys with multiple small cysts. Liver involvement with coarse echotexture, biliary tract cystic changes, and portal hypertension may be evident, depending on the age and stage of hepatic fibrosis.

ARPKD is one of the commonest inheritable infantile cystic renal diseases but is far less common than the autosomal dominant polycystic disease (ADPKD), which affects adults. The incidence is estimated at ~1:20,000-50,000 . There is no perceived gender or racial predilection.

The age of presentation is variable and is divided into perinatal, neonatal, infantile, and juvenile forms (for the sake of simplicity one can think of only two groups: those that present around birth, and those that present later in childhood). There is an inverse relationship with severity of associated congenital hepatic fibrosis. In patients who present early (perinatal/neonatal) renal disease dominates, whereas in older children (infantile/juvenile) liver disease dominates the clinical picture .

Results from a mutation in the PKHD1 (polycystic kidney and hepatic disease) gene location on chromosome 6p. This results in bilateral symmetric microcystic disease occurring in the distal convoluted tubules and collecting ducts. The number of ducts involved determines the age of presentation.

Involvement is usually bilateral, and often first assessed with ultrasound.

If performed, a streaky appearance may be demonstrated, representing the ectatic collecting ducts.

Appearances somewhat depend on the age of the patient :

Ultrasound is also useful in assessing the liver (see: congenital hepatic fibrosis) and may demonstrate :

Treatment is largely supportive. Dialysis and transplantation (renal +/- liver) may be offered.

The prognosis is poor in general but also significantly depends on the type. Overall, ~40% (range 30-50%) of affected infants die during the perinatal period owing to pulmonary hypoplasia and pulmonary insufficiency .

For enlarged echogenic kidneys on an antenatal ultrasound scan, considerations include: