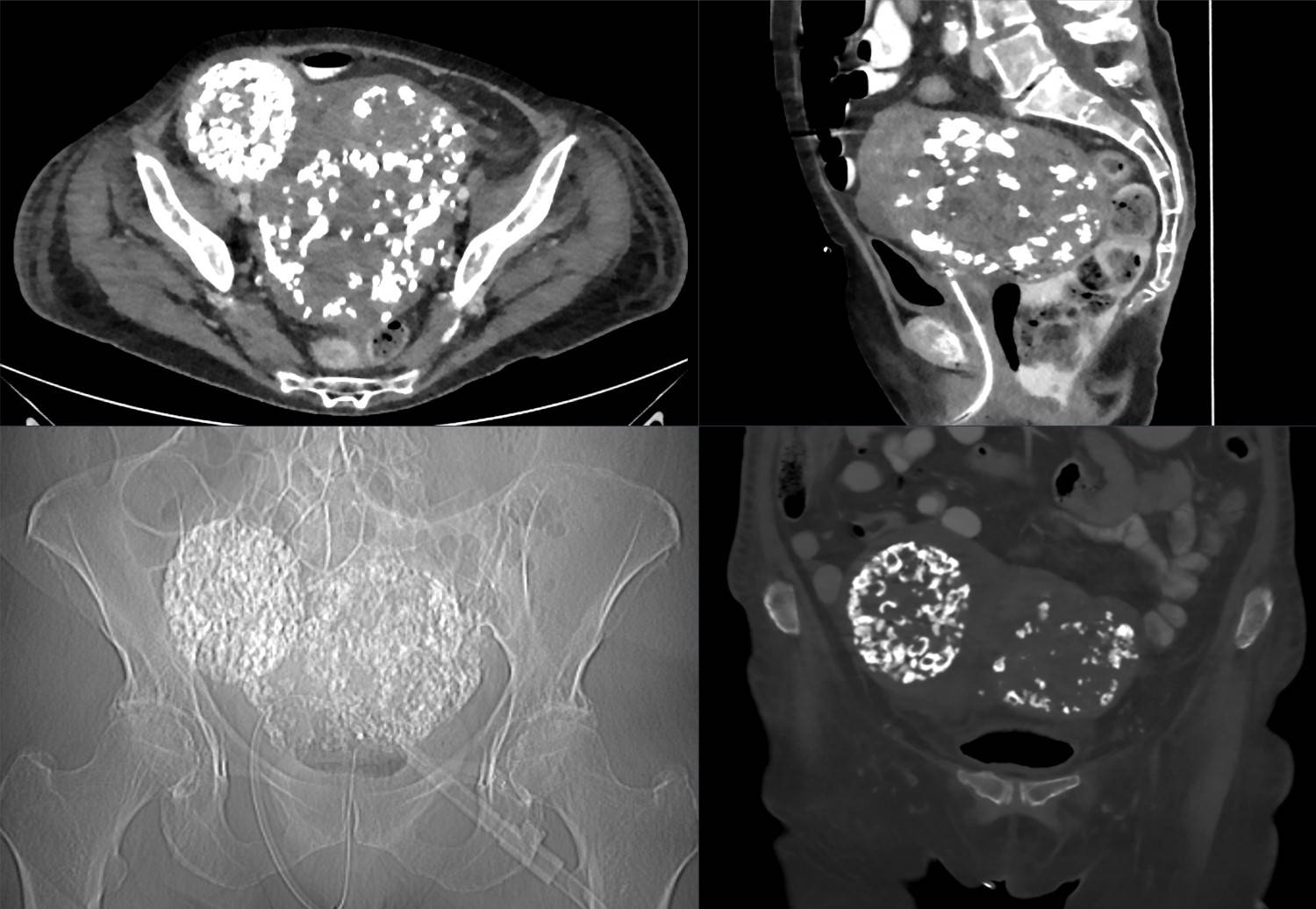 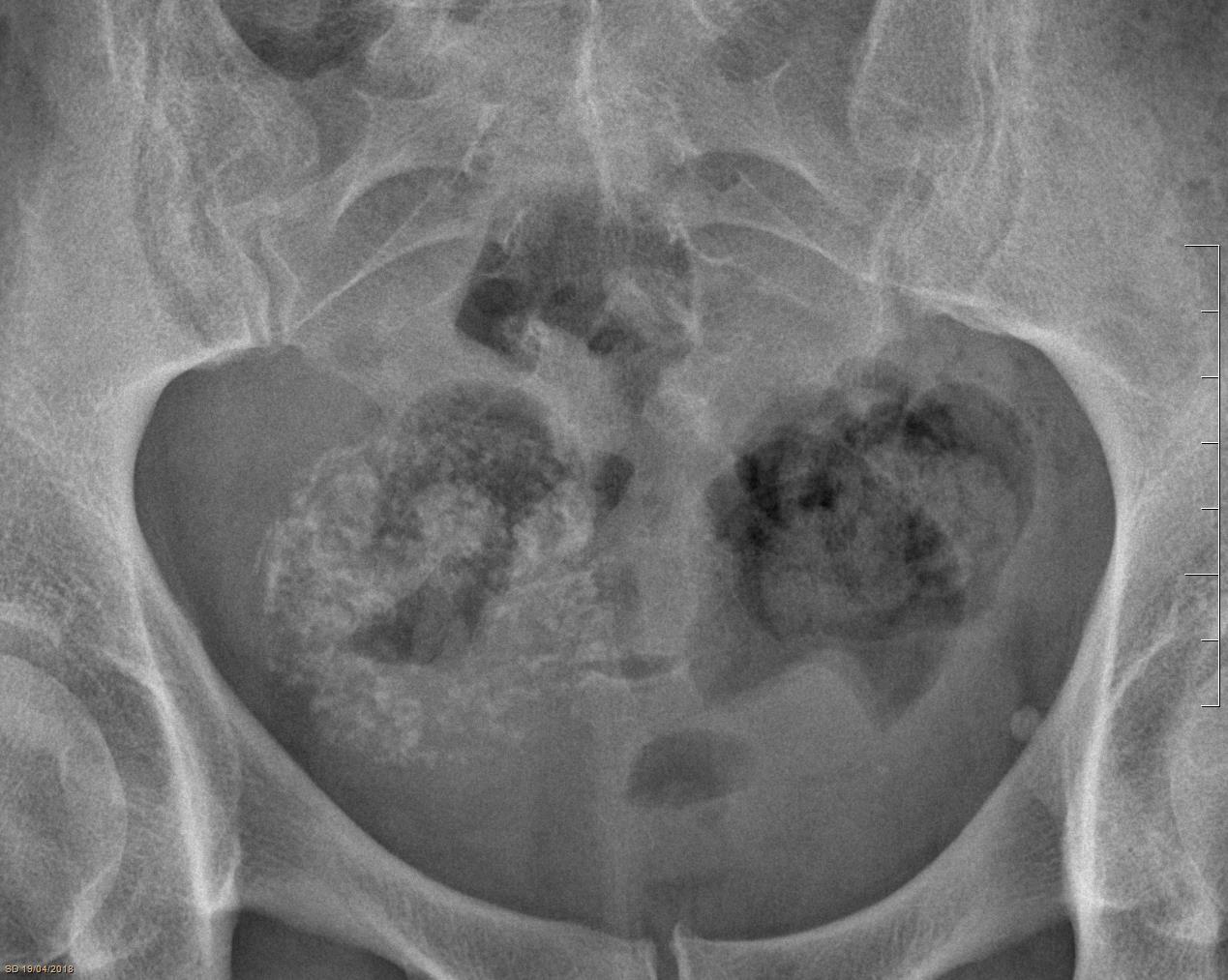 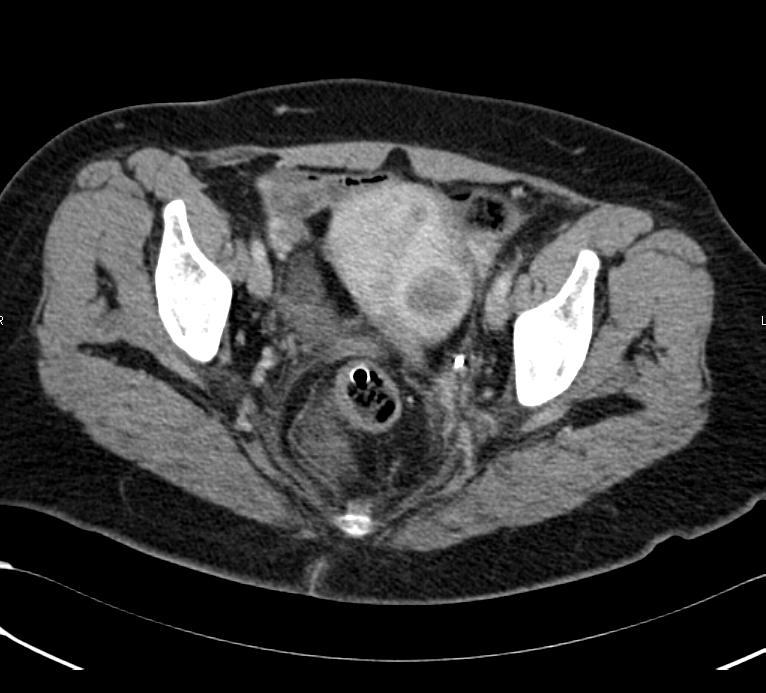 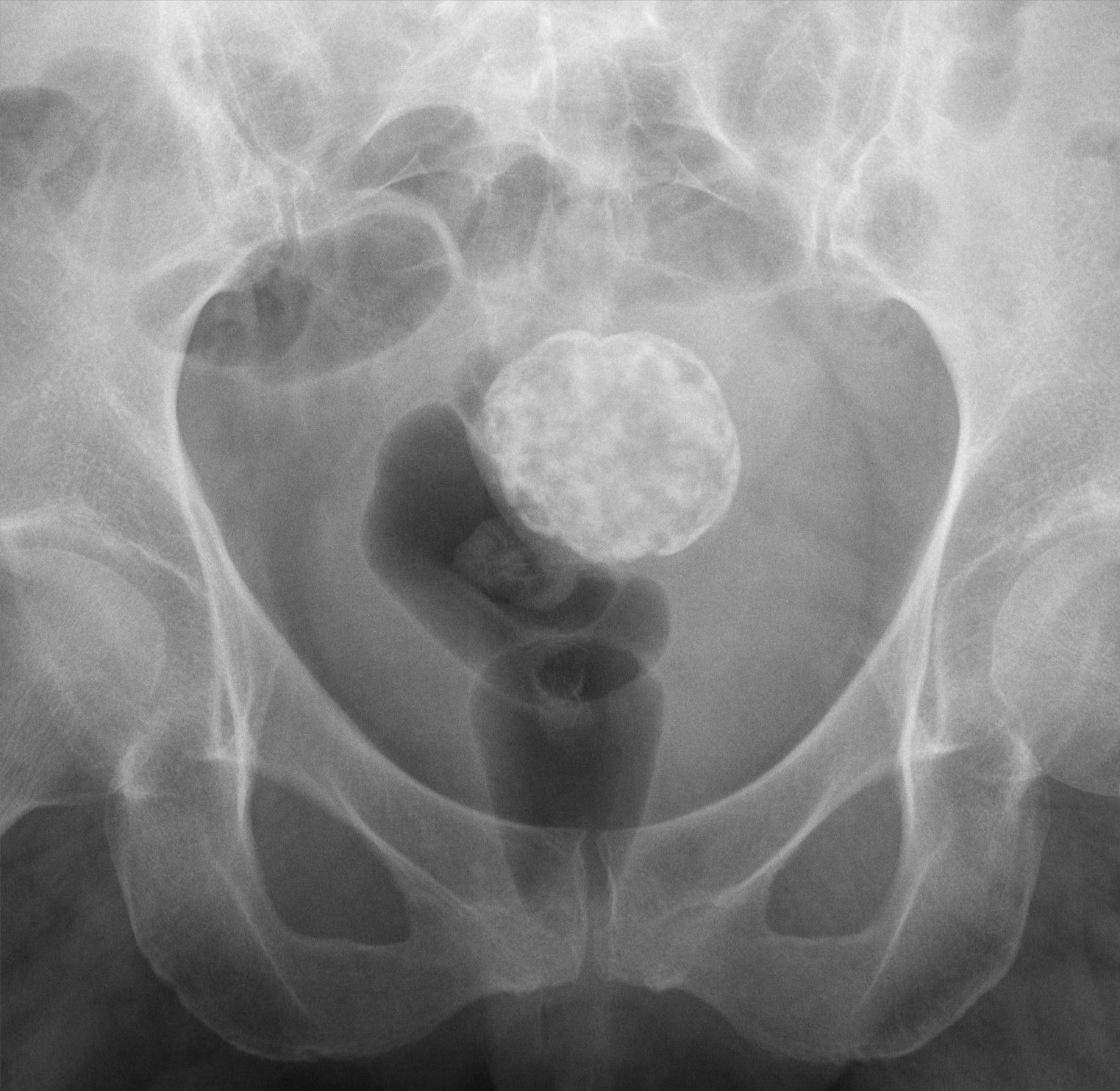 Uterine leiomyomas also referred to as uterine fibroids, are benign tumors of myometrial origin and are the most common solid benign uterine neoplasms. Commonly an incidental finding on imaging, they rarely cause a diagnostic dilemma. There are various medical, surgical, and interventional treatment options.

They occur in ~25% of women of reproductive age and are particularly common in the African population.

Fibroids are responsive to hormones (e.g. stimulated by estrogens). Being rare in prepubertal females, they commonly accelerate in growth during pregnancy and involute with menopause .

They are often asymptomatic and discovered incidentally. Signs and symptoms associated with fibroids include:

Fibroids may have a number of locations within or external to the uterus:

Subserosal fibroids may be pedunculated and predominantly extra-uterine, simulating an adnexal mass. Any fibroid may undergo atrophy, internal hemorrhage, fibrosis, and calcification.

They can also undergo several types of degeneration:

Popcorn calcification within the pelvis may suggest the diagnosis.

Ultrasound is used to diagnose the presence and monitor the growth of fibroids:

MRI is not generally required for diagnosis, except for complex or problem-solving cases. It is, however, the most accurate modality for detecting, localizing, and characterizing fibroids. Size, location, and signal intensity should be noted.

Signal characteristics are variable and include :

MRI is of significant value in the symptomatic patient when surgery and uterine salvage therapy is considered. It is also of great value in differentiating a pedunculated fibroid from an adnexal mass.

In occasional situations, it may be difficult to differentiate between uterine leiomyomas and: