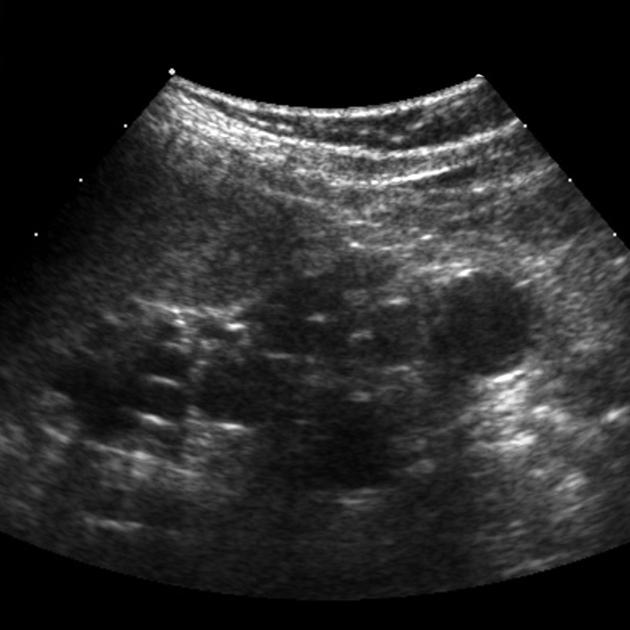 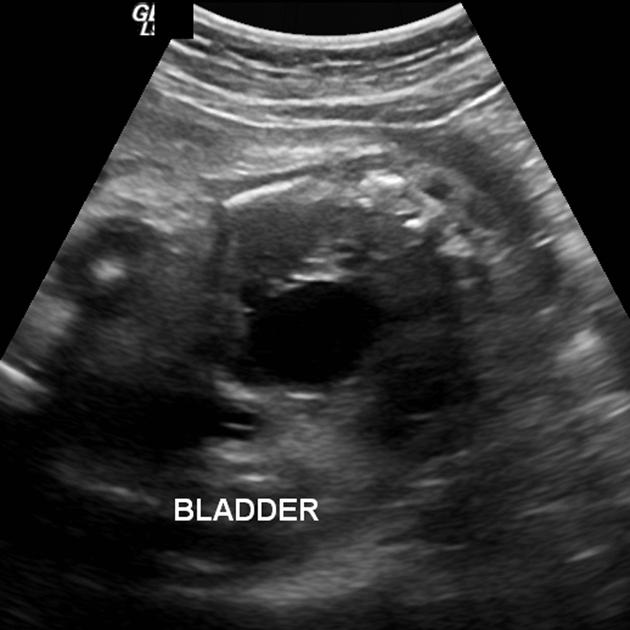 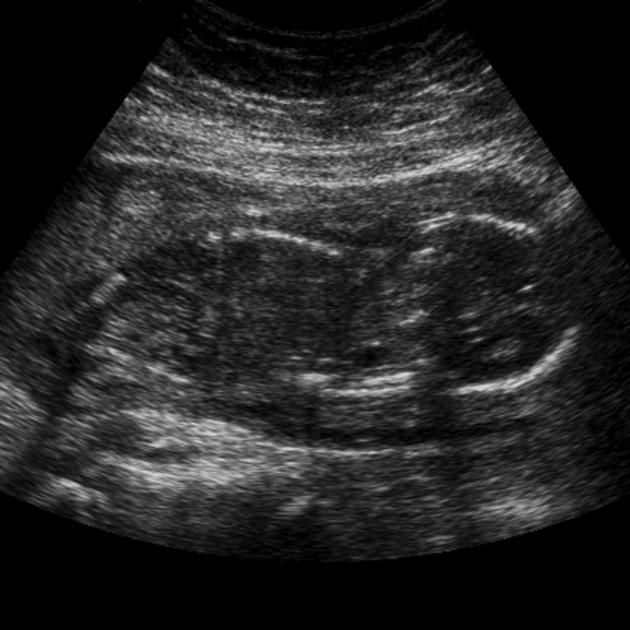 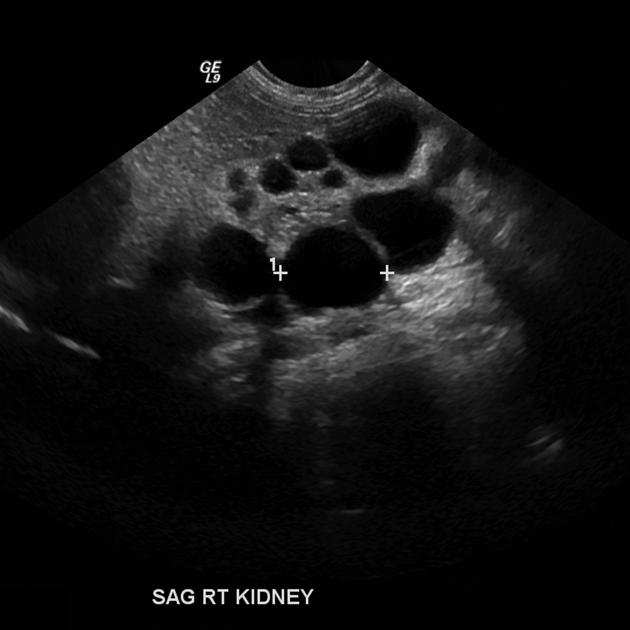 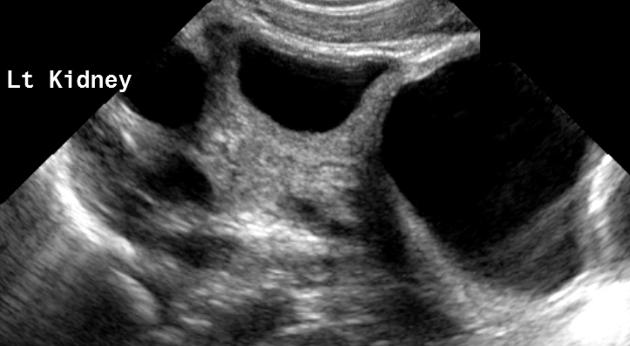 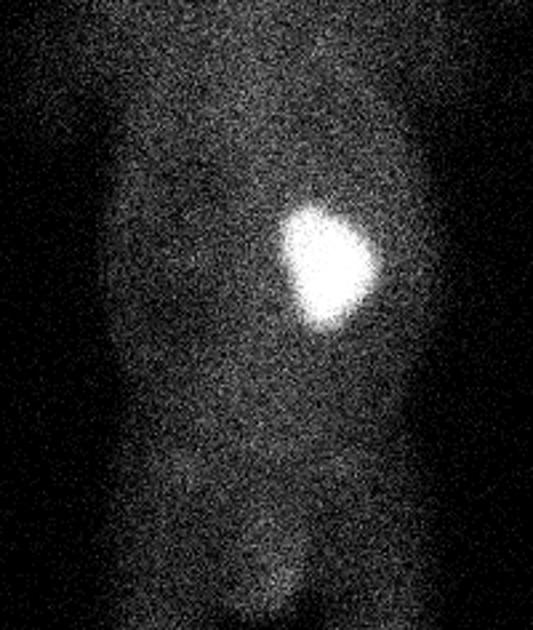 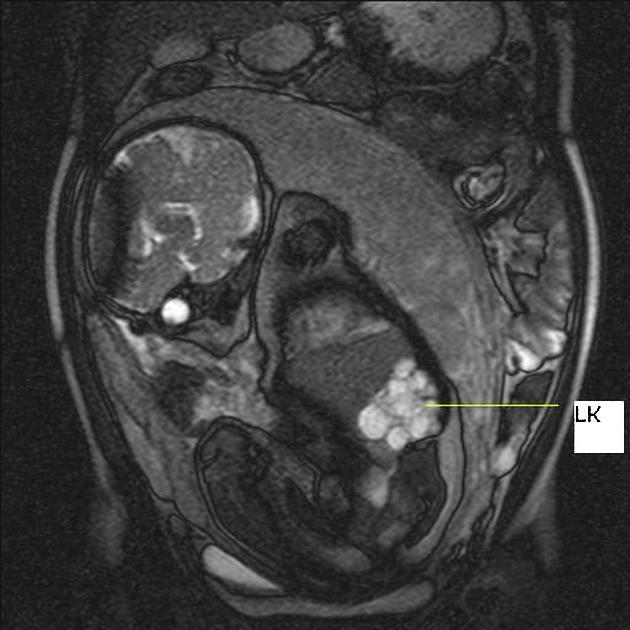 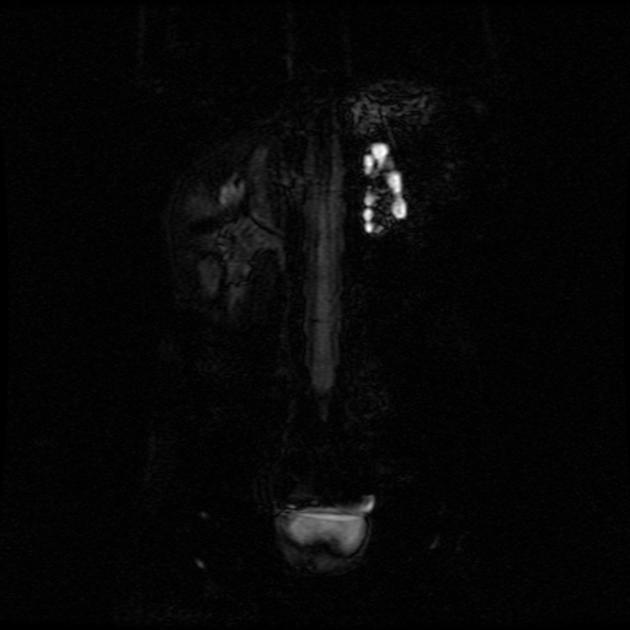 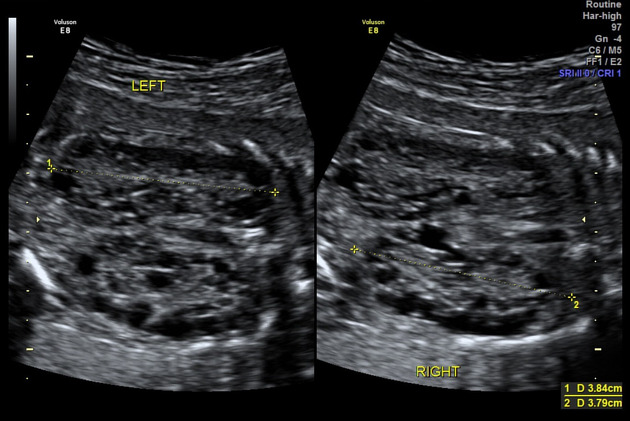 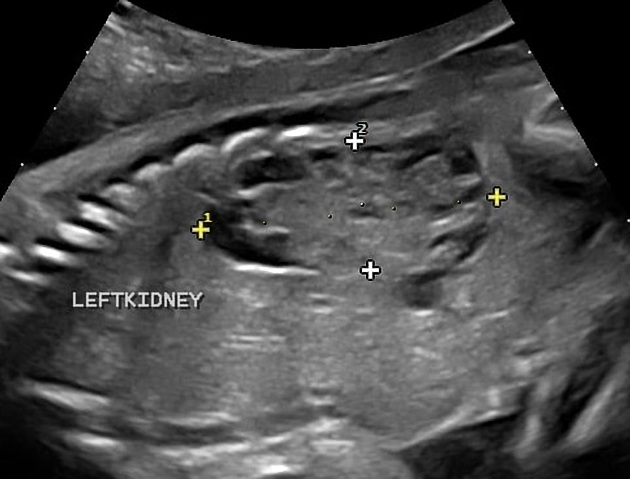 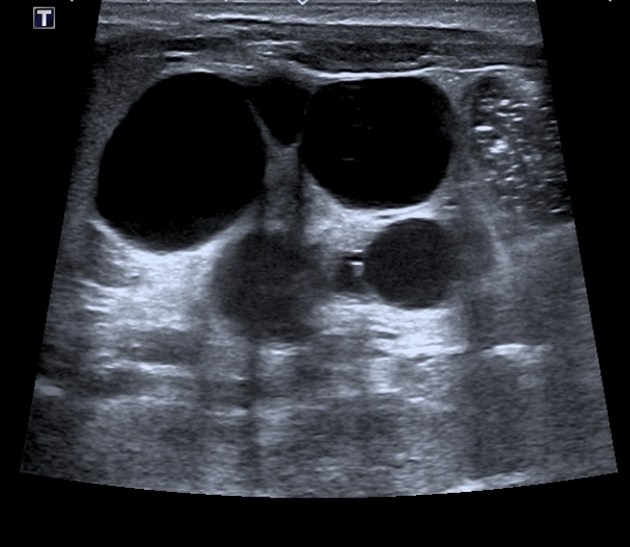 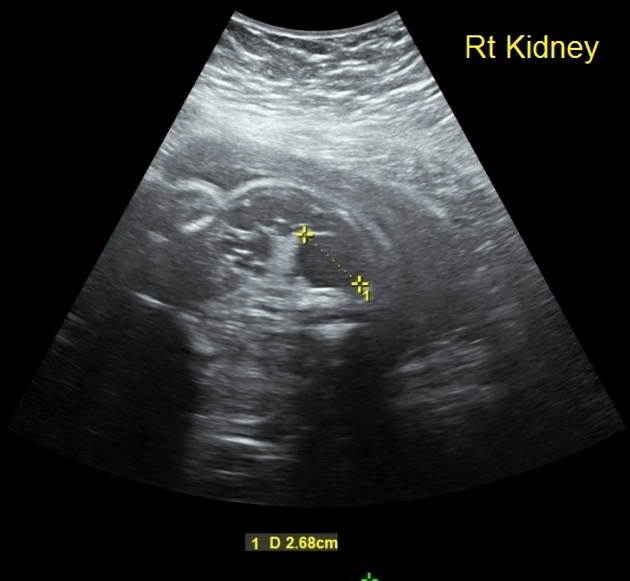 Multicystic dysplastic kidney (MCDK) is a type of non-heritable pediatric cystic renal disease. It results in multiple cysts being formed in utero in the affected kidney.

MCDK develops in utero, and the diagnosis is often made either antenatally or in the early neonatal period if an ultrasound is performed. It may otherwise go unrecognised, and may be a common cause of renal agenesis, following complete involution during childhood.

The affected kidney (or renal segment) has no functioning renal tissue and is replaced by multiple cysts. Two main types have been described :

The vast majority are sporadic and non-familial. Rarely autosomal dominant forms are seen .

Associated contralateral renal tract abnormalities are common (seen in ~50% of cases) and include:

The diagnosis of MCDK is often made antenatally with multiple small cysts becoming evident as early as the 15 week of gestation . Over time appearances may change dramatically, ranging from complete involution to large multicystic masses.

Lobulated renal contour with multiple internal cysts of varying sizes and shapes: the renal parenchyma is usually fibrous and echogenic with absent or small hilar vessels. The cysts typically cluster and are non-communicating. Real time imaging is extremely useful to exclude any communication with the ureter and between each other.

The non-ionizing radiation imaging modality is an important consideration in the pediatric population. MCDK cysts are eloquently demonstrated on T2 sequences.

MAG3 or DTPA scan: particularly useful in the hydronephrotic form to assess for associated obstructive uropathy. Although it may show some flow to the kidney and possible cortical uptake, generally a void is seen on the renal bed compared to the contralateral side, excretion is never seen.

A normal life expectancy can be expected as long as the contralateral kidney is normal. Bilateral MCDK is fatal. Controversy exists over the need for prophylactic surgical excision of an MCDK, justified on the grounds of a small risk of malignant transformation, more commonly in adults with a persistent MCDK (i.e. has not spontaneously resolved) . More recently, conservative management with follow-up has been recommended .

Complete spontaneous involution is said to occur in up to 60% of cases, but may take up to 10 years to occur . Longer term ongoing follow-up to assess what the lifetime rates of involution are in progress . If surgical resection is performed, it is done so early in life and is a simple and well-tolerated procedure .

Occasionally an MCDK may become infected  or present with persistent mass effect or secondary hypertension .

Given the variable appearance of MCDK's, some other entities need to be included in the differential including :