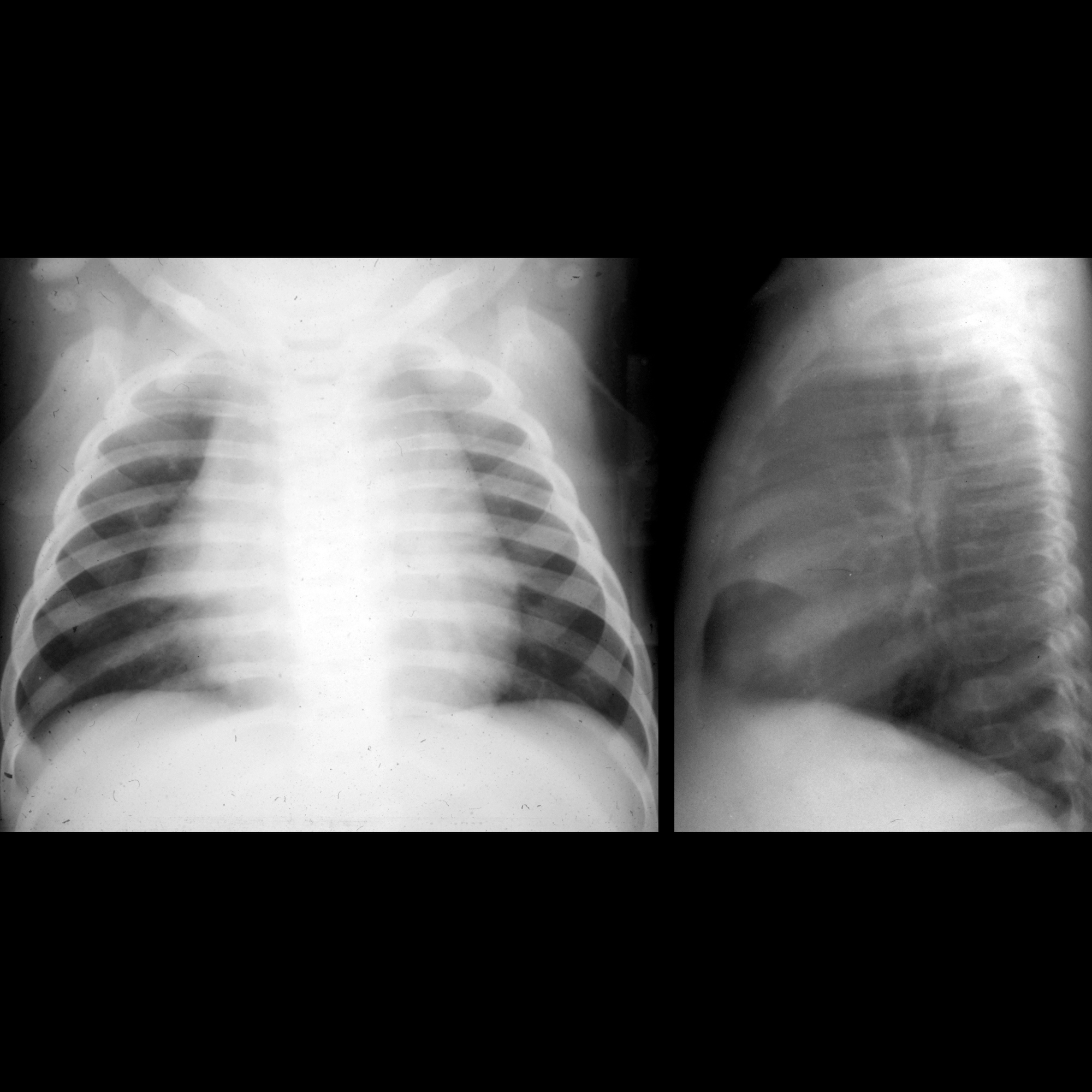 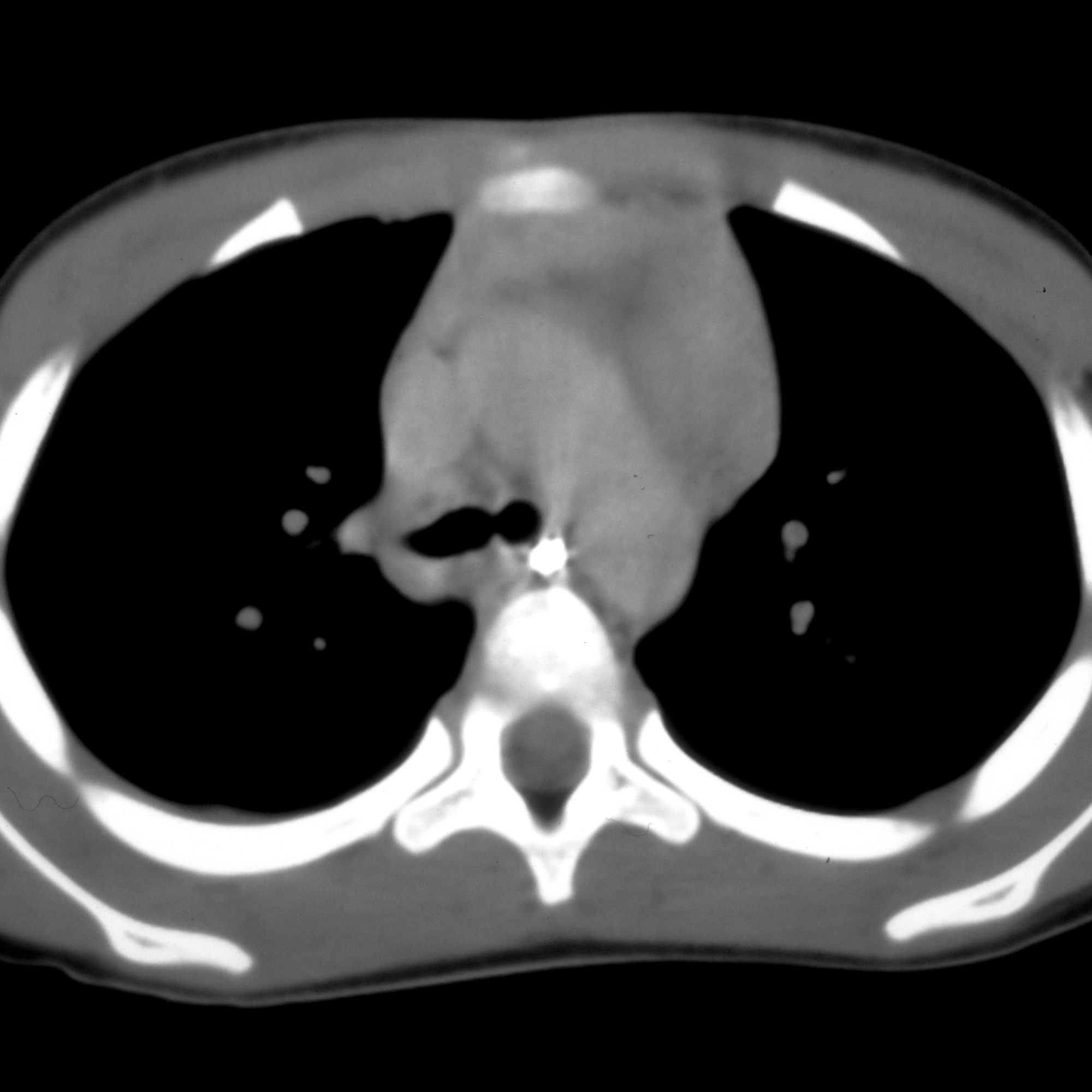 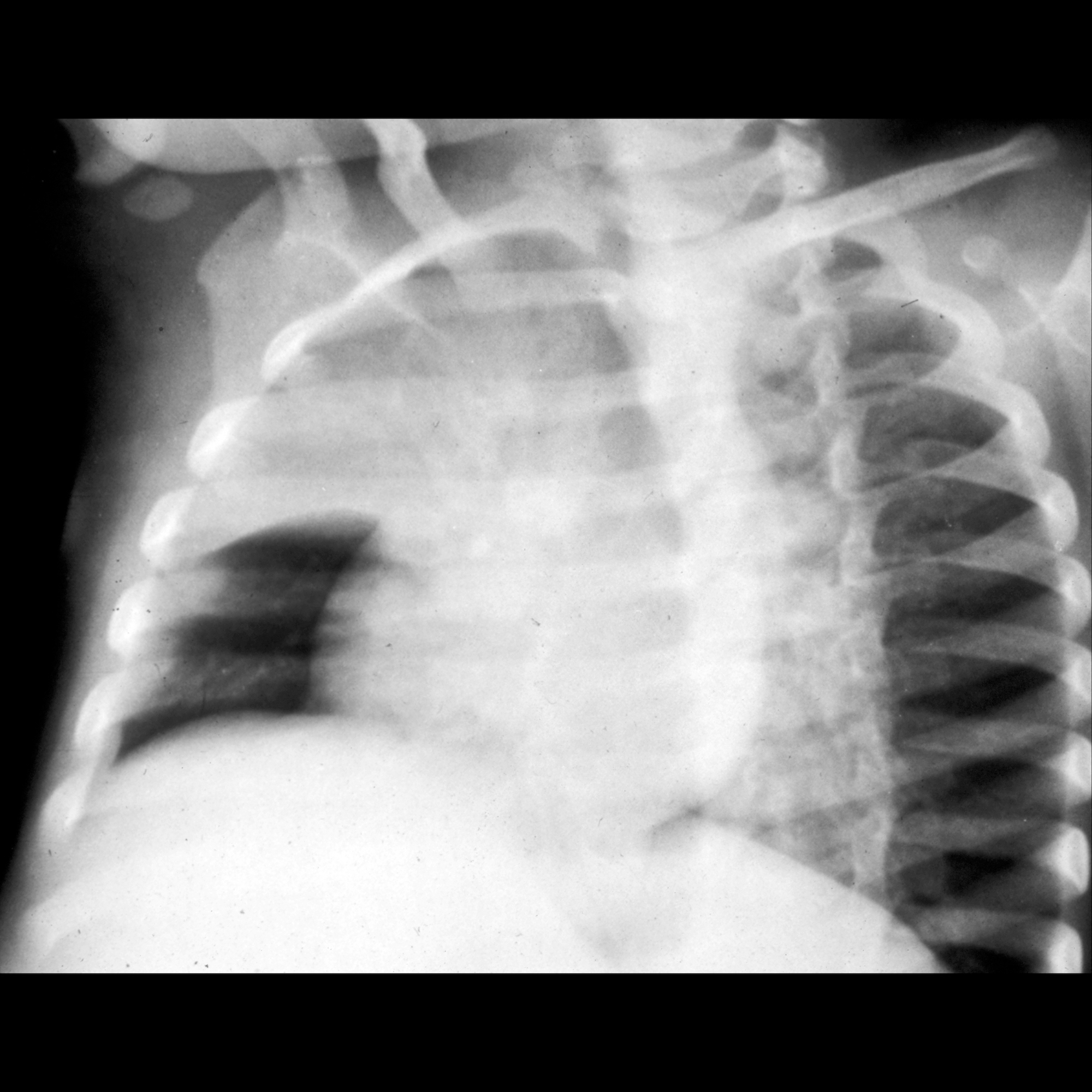 Premature
newborn with respiratory distressCXR AP rotated to the right shows complete opacification of the right lung apex. Repeat CXR without rotation was unremarkable.The diagnosis was a rotated CXR accentuating the appearance of a normal thymus.
pediatricimaging.org • CC-by-nc-sa 4.0 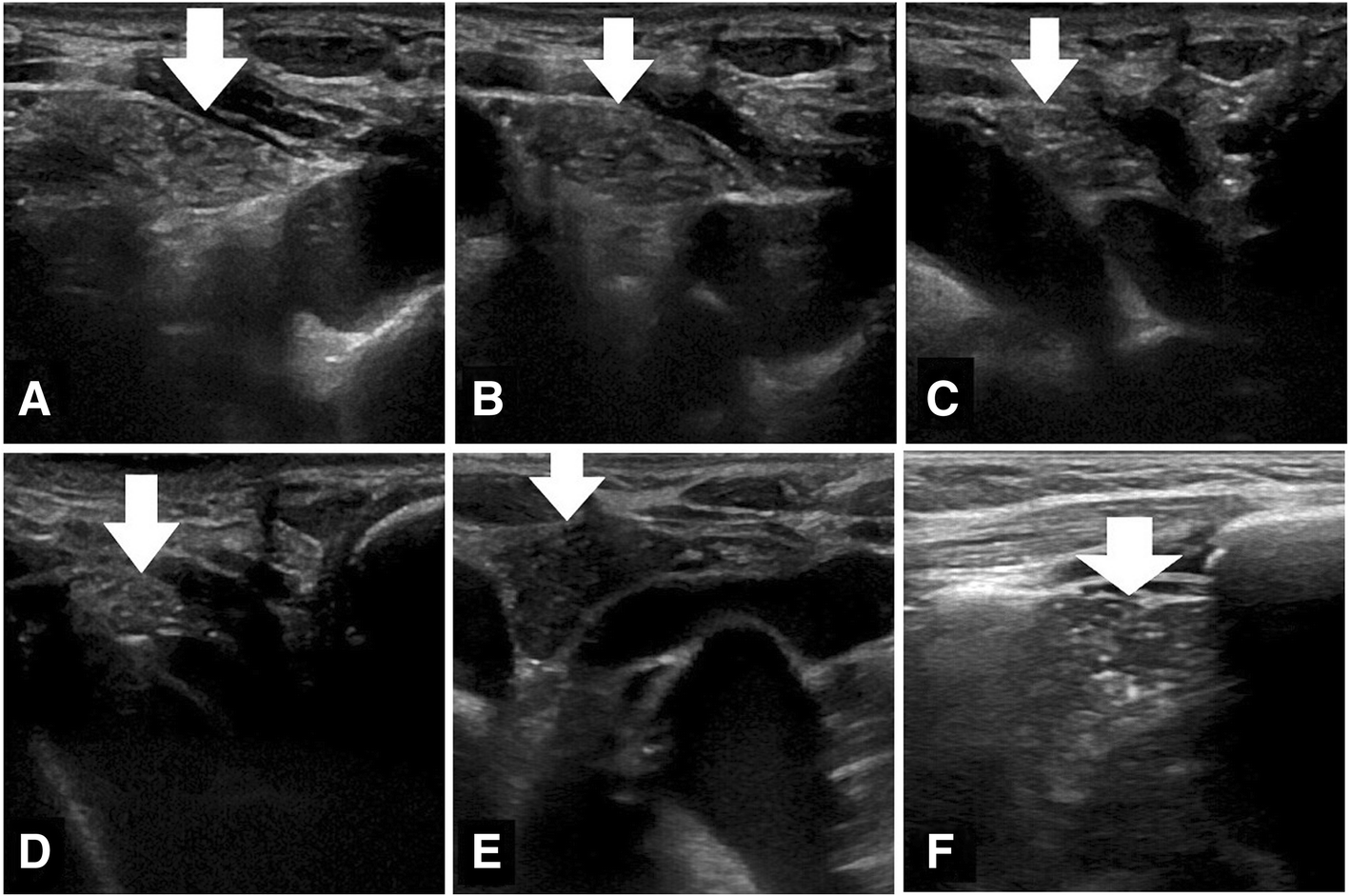 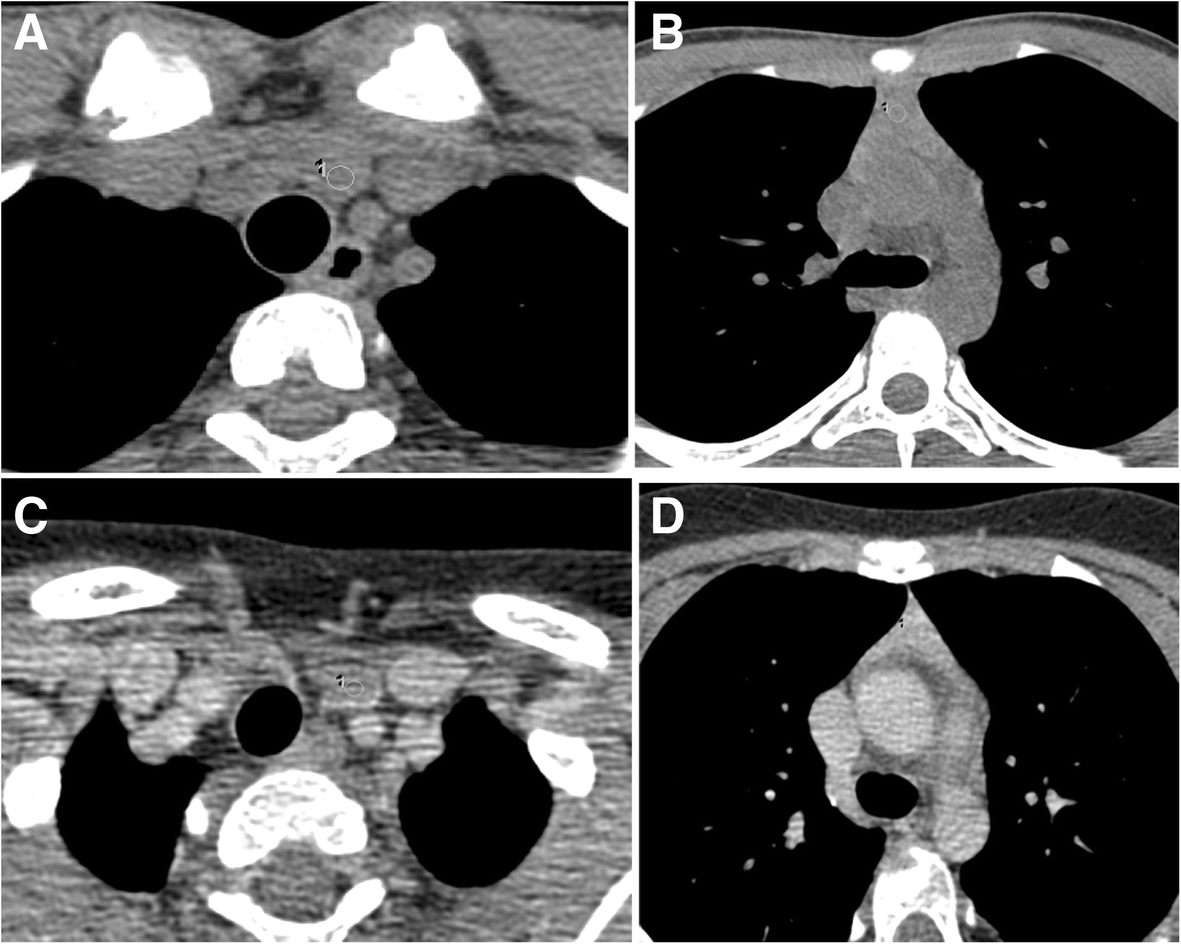 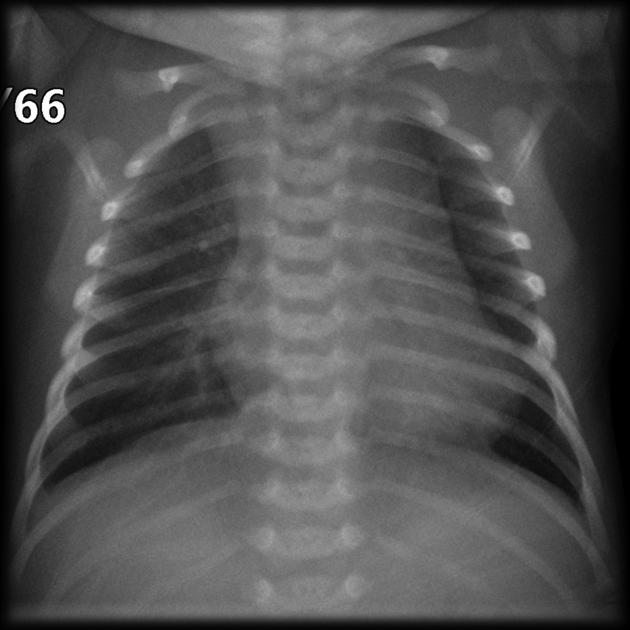 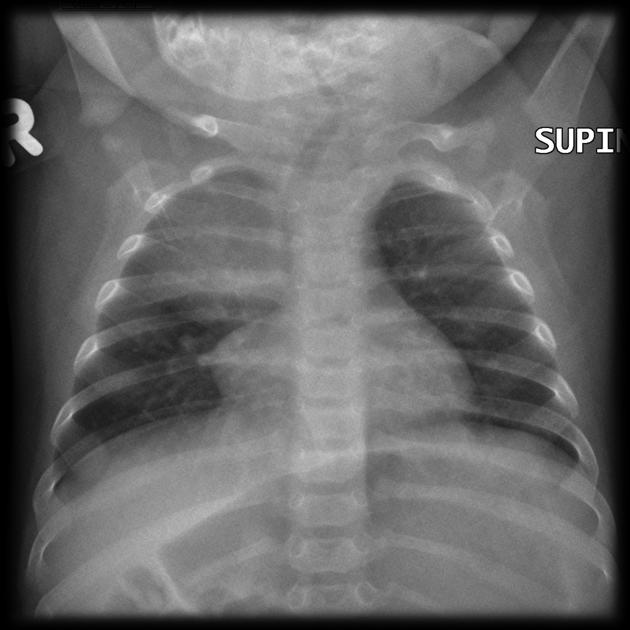 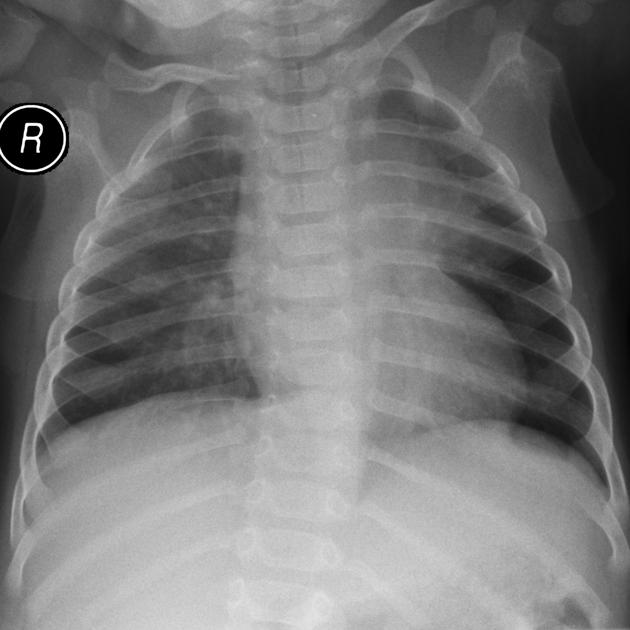 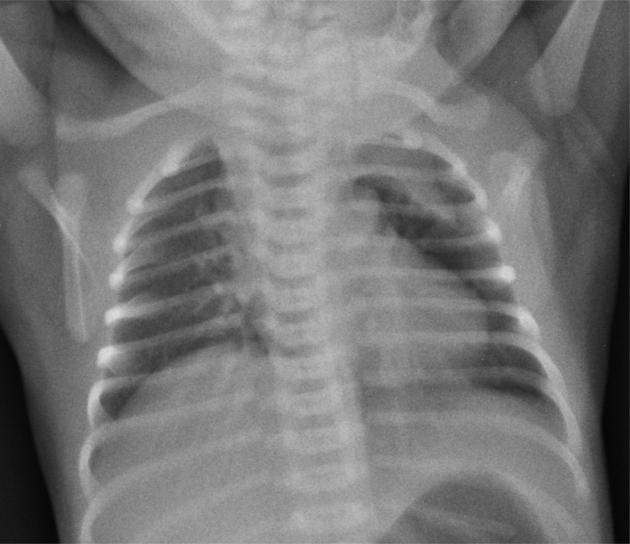 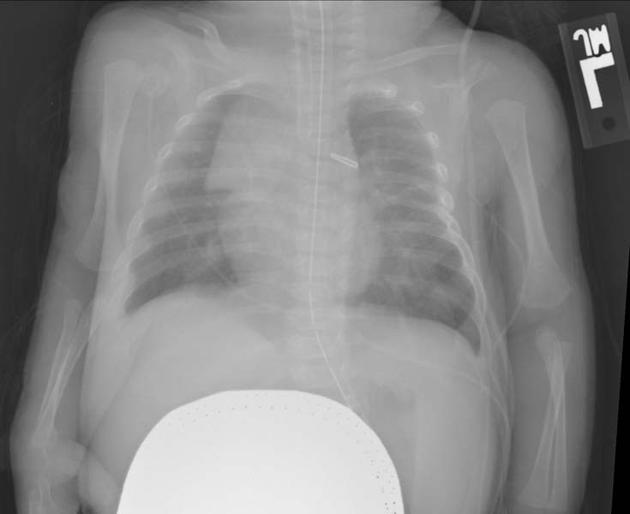 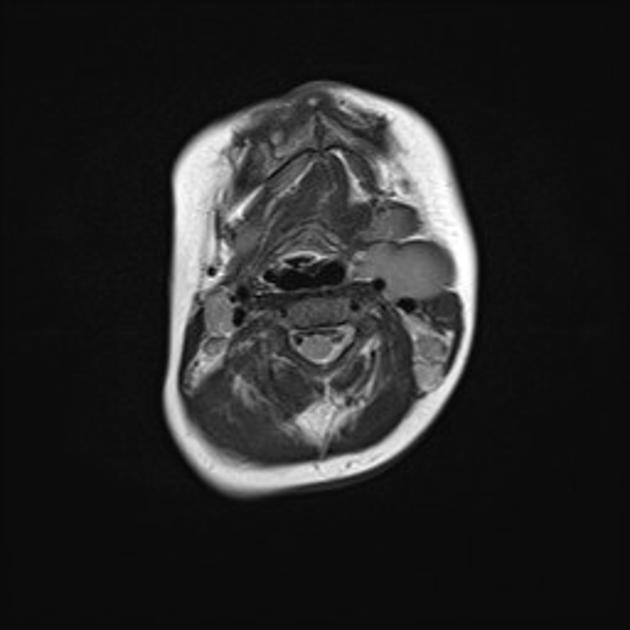 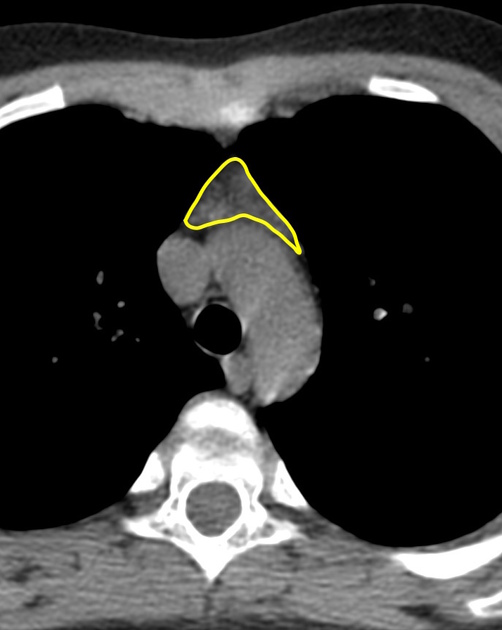 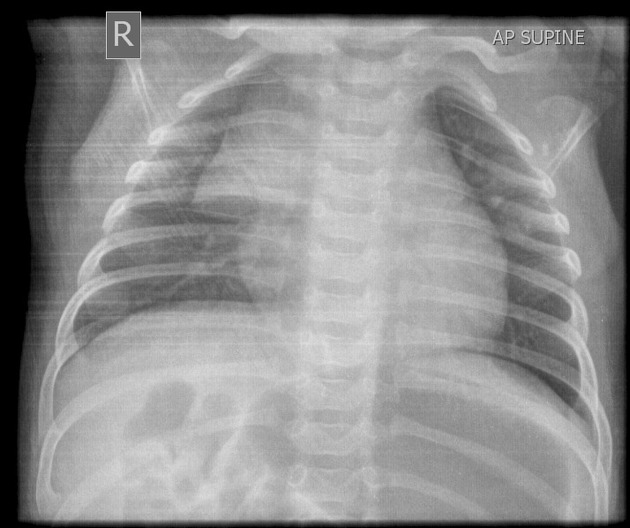 The thymus (plural: thymi) is a T-cell producing lymphoid organ in the anterior mediastinum that plays a role in the development of the immune system, particular the maturation of T-cells. It typically has a retrosternal location and hence may mimic retrosternal pathology.

It is relatively large in infancy (weighing 25 g at birth), grows considerably immediately after birth, and reaches a maximal weight in adolescence between 12 and 19 years (35 g). It gradually involutes with age (between 20 and 60 years) with progressive fatty replacement of the cellular components (15 g at 60 years of age). Fatty replacement starts at puberty and occurs more rapidly in males than females. There can be a wide variation in size between patients .

When sizable, it consists of two lateral lobes touching in the midline, situated partly in the thorax, partly in the neck. The two lobes are usually asymmetric in size. They are occasionally united, so as to form a single mass. Sometimes they are separated by an intermediate lobe.

The gland extends from as high as the lower border of the thyroid gland to the fourth costal cartilage downwards.

The thymus is of a pinkish-gray color, soft, and lobulated on its surfaces.

Embryologically it is derived from the third pharyngeal pouch. The thymus is the first of the lymphoid organs to be formed. Considerable growth occurs immediately after birth in response to antigen stimulation and demand for mature T cells. Genetic factors also influence dependence upon thymus immunological function. After fibrofatty atrophy, the thymus can grow back at any time in life, particularly after periods of stress.

The thymus is seen as a triangular sail (thymic sail sign) frequently towards the right of the mediastinum. It has no mass effect on vascular structures or airway. The size can vary with inspiration.

"Thymus" ultimately derives from the Greek word for the plant "thyme" θύμος ("to offer/sacrifice"), presumably because the plant was burnt on altars. Galen thought the thymus gland looked like a "warty excrescence" and resembled a bundle of the plant .

The first good description of the thymus gland was recorded by Berengarius in 1524.