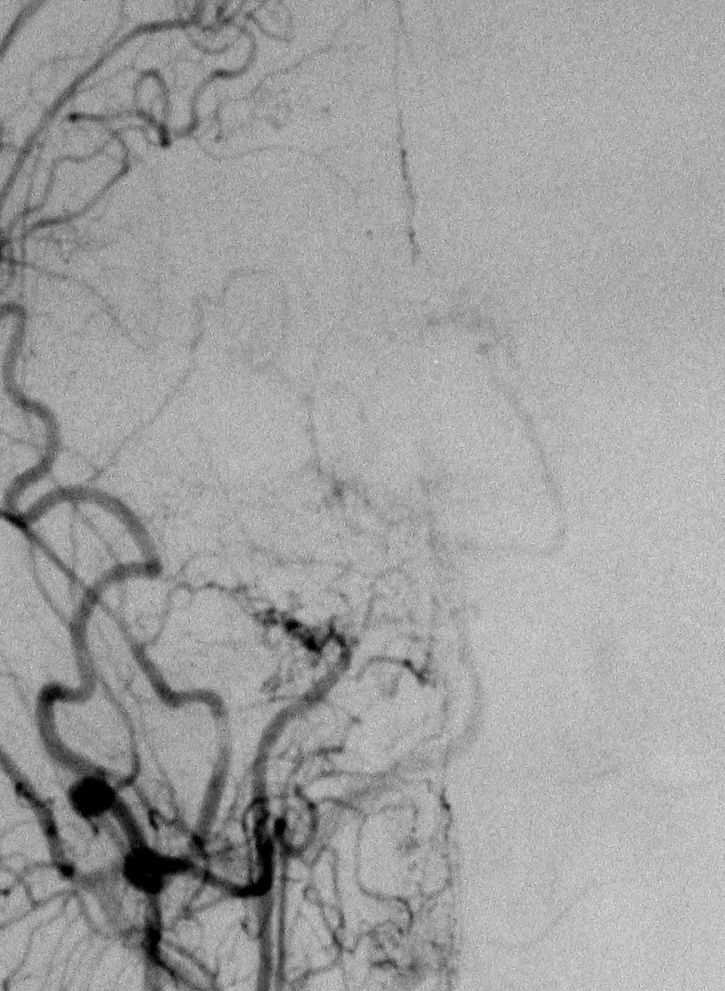 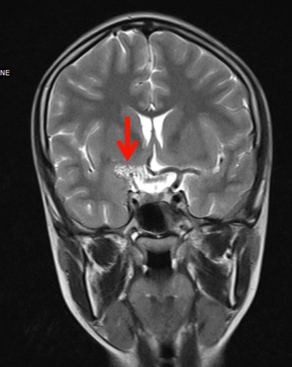 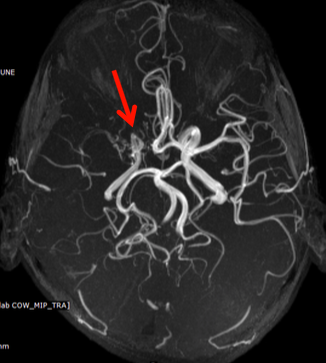 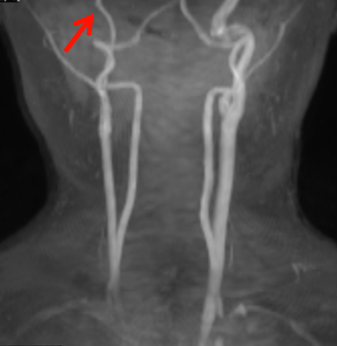 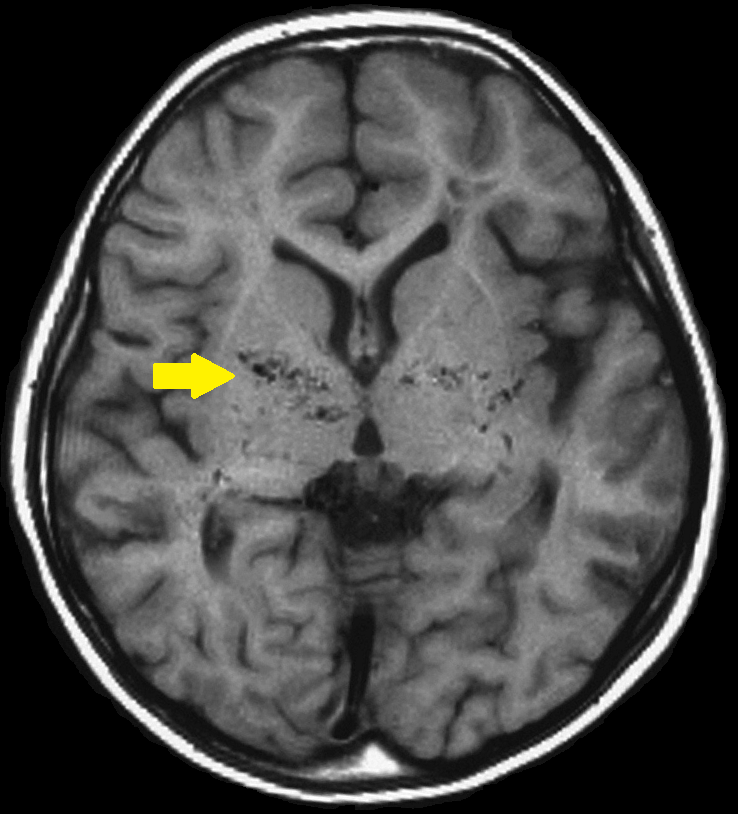 T1-weighted
MR image of moyamoya disease. Flow void in the basal ganglia is indicated by the arrow.
Wikipedia • CC BY 3.0 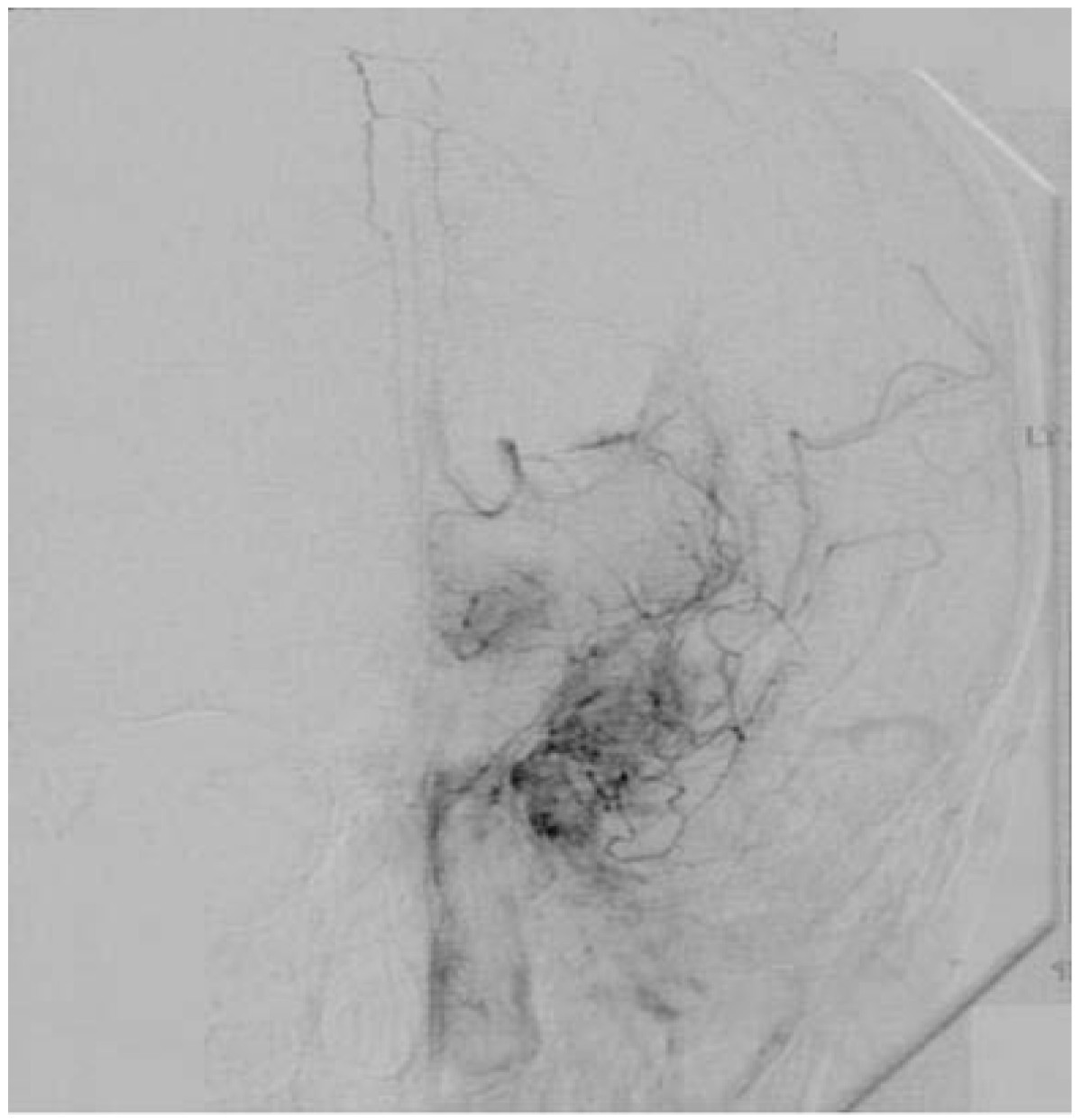 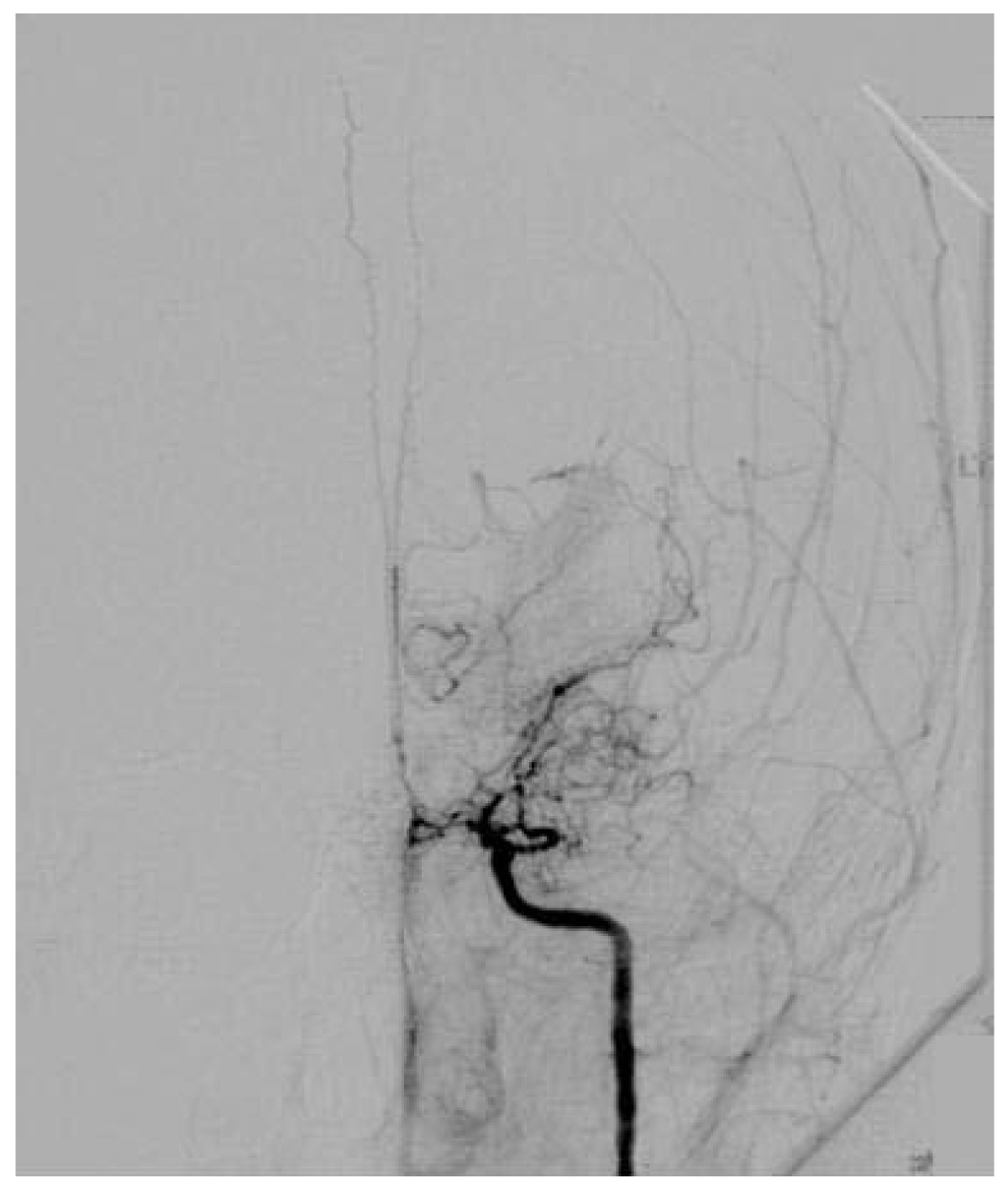 The term moyamoya disease should be reserved for an idiopathic, sometimes familial, condition, which leads to characteristic intracranial vascular changes.

Numerous entities have been described which mimic the appearance, in which case the term moyamoya syndrome (or phenomenon or pattern) is used, which then can be further broadly divided into atherosclerotic causes and vasculitic/inflammatory causes .

This article concerns itself with moyamoya disease. For a list of conditions that can mimic moyamoya please refer to the article on moyamoya syndrome, or the differential diagnosis list at the end of the article.

Moyamoya is a disease of children and young people, with a bi-modal age distribution :

The condition was initially described in Japanese patients, where it is still most common, in which 7-10% of cases are familial.

Presentation is to some degree age dependent. In children, hemispheric ischemic strokes are most pronounced, whereas in adults hemorrhage from the abnormal vessels is more common . Watershed infarcts are also very commonly identified.

The underlying pathological and genetic basis for moyamoya disease is not well understood . Fibrocellular proliferation and thickening of the intima is the main process responsible for vascular stenosis and occlusion. The associated neo-vascularization may be a compensatory mechanism or part of the disease process itself, with the moyamoya vessels demonstrating various histopathological abnormalities including fibrin deposition, microaneurysm formation, among other abnormalities .

Moyamoya disease affects the bilateral distal ICA and circle of Willis. Up to 18% of patients with moyamoya may present with unilateral angiography-documented disease.

Small abnormal net-like vessels proliferate giving the characteristic "puff of smoke" appearance on direct angiography. CTA and MRA are not always able to demonstrate this appearance on account of lower flow and spatial resolution.

Although classically described affecting the ICA, over 50% of patients also have involvement of the posterior cerebral arteries.

Collateral circulation forms from a number of sources:

Bypassing the occlusive segments is the aim of most surgical therapy and this can be accomplished by direct (i.e. direct artery-to-artery anastomosis) or indirect revascularization.

A variety of indirect revascularization techniques have been developed, and are generally preferred in pediatric patients as their vessels are too small to allow direct anastomosis. These include :

An alternative is to create multiple burrholes to allow formations of local collaterals .

The term moyamoya comes from a Japanese expression for something "hazy just like a puff of cigarette smoke drifting in the air" and was first described by Suzuki and Takaku in 1969 .

A number of conditions can lead to imaging appearances that are very similar to moyamoya disease. For a full list, please refer to moyamoya syndrome: