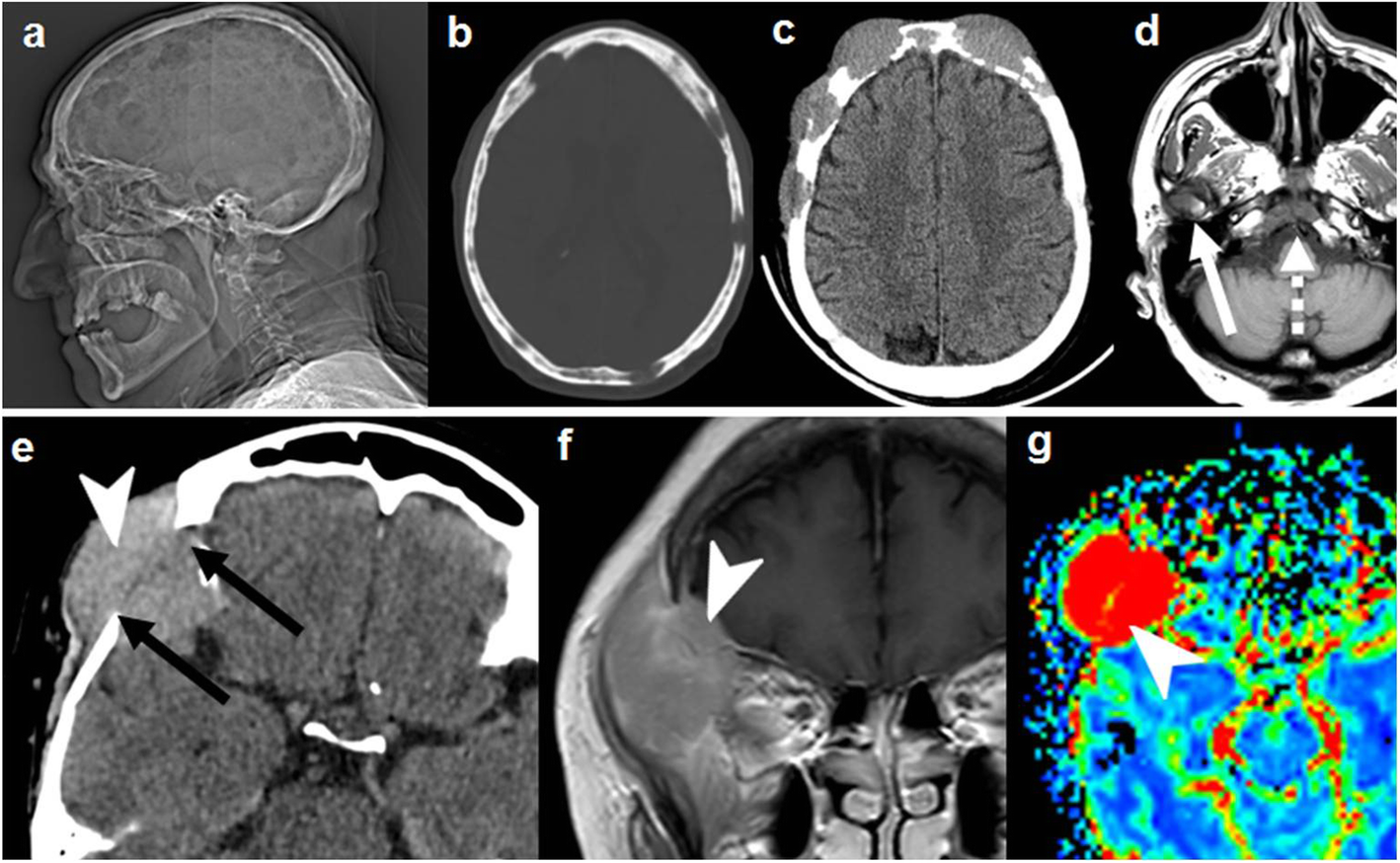 Plasmacytomas are discrete, solitary tumors of neoplastic monoclonal plasma cells in either bone or soft tissue (extramedullary). It is a rare tumor that is associated with latent systemic disease in the majority of affected patients. In contradistinction to multiple myeloma, there is minimal or no systemic bone marrow involvement.

Solitary plasmacytomas can be divided into two groups according to location:

The most common symptom of solitary bone plasmacytoma is pain at the site of the skeletal lesion due to bone destruction by the infiltrating plasma cell tumor.

Plasmacytoma (as with multiple myeloma) are typically seen as well-defined, “punched-out” lytic lesions with associated extraosseous soft-tissue masses, similar in appearance to most metastatic lesions. In advanced plasmacytoma, there is often marked erosion, expansion, and destruction of the bone cortex, sometimes with thick ridging around the periphery, creating a “soap bubble” appearance.

CT may demonstrate subtle lytic lesions or small soft-tissue masses, particularly of the sternum, that are not visible at radiography.

Use of short-inversion-time inversion recovery and contrast-enhanced fat suppression techniques may improve the sensitivity of MR imaging.

Treatment may consist of radiotherapy alone, surgery alone, or a combination of the two depending on location and resectability of the plasmacytoma . Solitary bony plasmacytomas are highly radiosensitive with local control rates of greater than 80% .