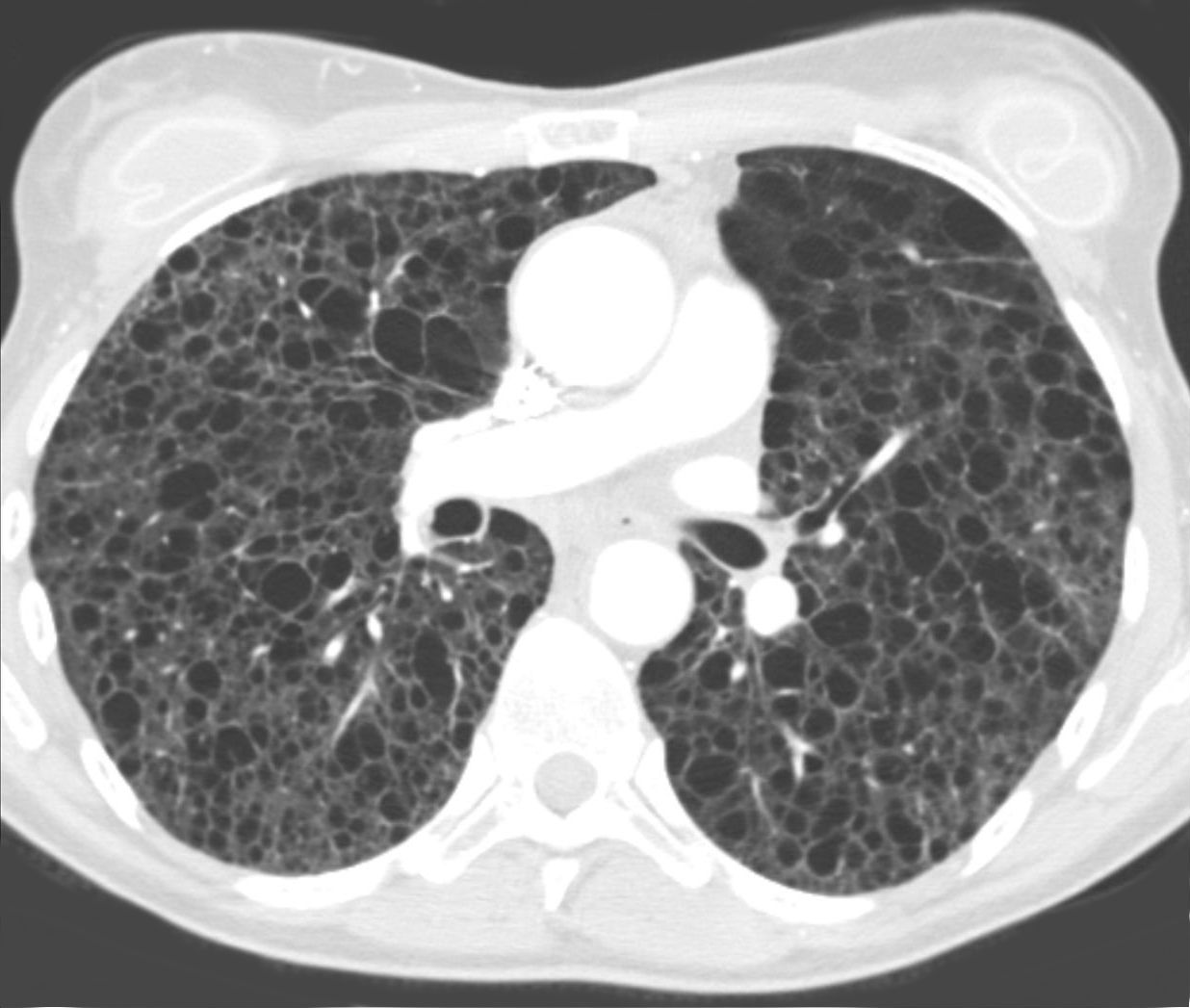 The clinical presentation is an important clue to the differential diagnosis of cystic lung diseases .

Diseases that present with insidious dyspnea or spontaneous pneumothorax:

Congenital cystic lung diseases that present with recurrent pneumonia or are asymptomatic:

Diseases that present with signs/symptoms of infection:

A lung cyst is a gas-filled structure with a thin perceptible wall, typically <2 mm in thickness but can be up to 4 mm. The diameter of a lung cyst is usually <1 cm. By conventional definition in the literature, a lung cyst can be distinguished from a cavity for which the wall thickness is greater than 4 mm. However, in practice, clear separation of the two entities can sometimes be difficult .

Primary pulmonary disease where diffuse cysts are the predominant feature:

Acquired cystic lung disease or cysts as a secondary feature of a primary disease:

The approach to cystic lung disease centers around the appearance on high resolution CT and history .

Once the lucencies are found to be true cysts (thin walled), the location should be determined. Subpleural or intrapleural cysts include:

In contrast, intraparenchymal cysts are surrounded by lung parenchyma and can be further evaluated by their associated features:

Most other causes of intraparenchymal cysts do not have associated findings and may be instead distinguished by their distribution:

If the pulmonary lucencies in question are not true cysts (not thin walled airspaces), there are several considerations other than cystic lung disease: