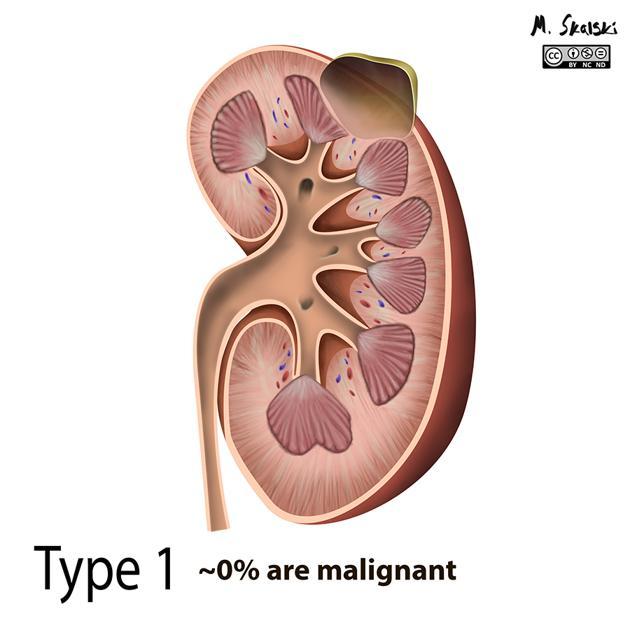 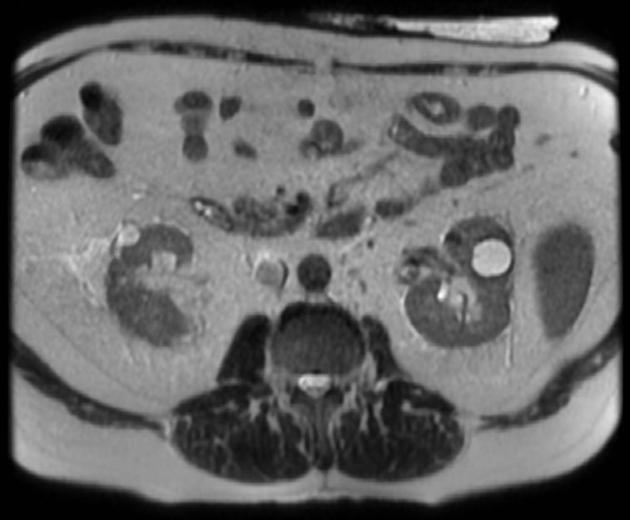 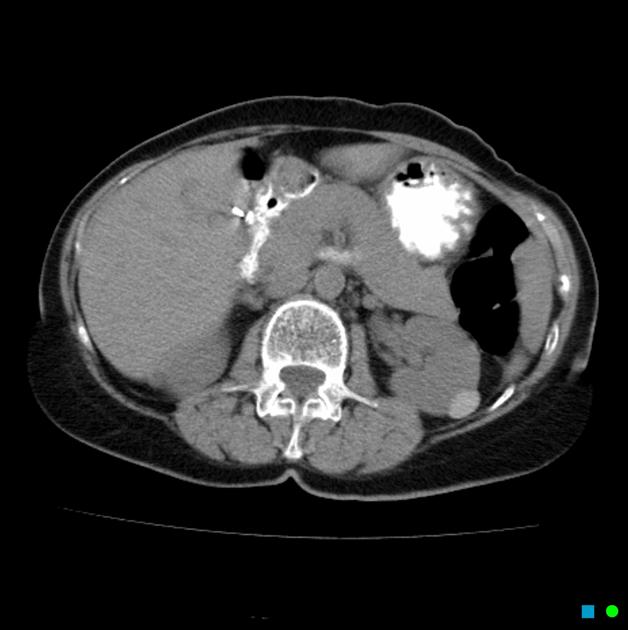 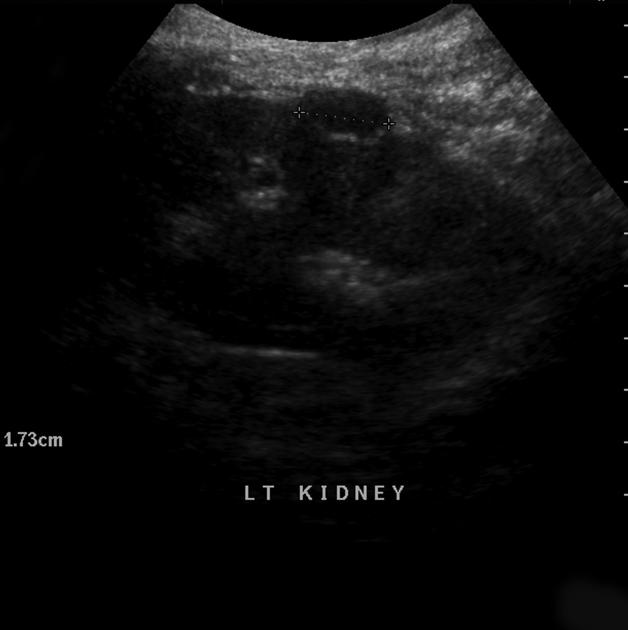 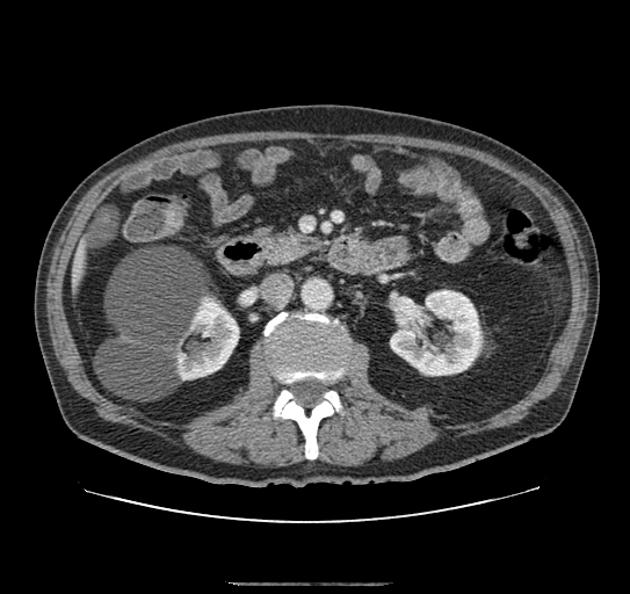 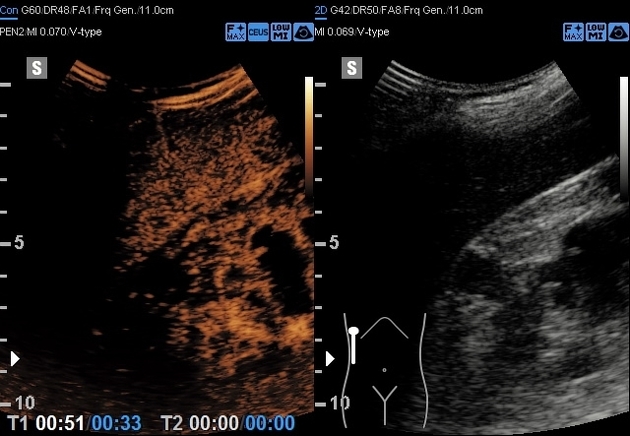 Renal cyst is a generic term commonly used in description of any predominantly cystic renal lesion. The majority of parenchymal cystic lesions represent benign epithelial cysts; however, malignancy such as renal cell carcinoma may also present as a cystic lesion .

Renal cysts are usually evaluated by complexity: a "simple" cyst is confidently diagnosed as a benign finding, while complicated or complex lesions with enhancing components are suspicious for malignancy.

"Renal cyst" is sometimes used as a catch-all term in reference to epithelial cysts, renal sinus (parapelvic/peripelvic) cysts, or calyceal diverticula. This is likely because these have similar appearance on imaging, and distinguishing them is often clinically inconsequential.

Anechoic renal cysts may show some artifactual internal low-level echoes. This may be improved by using harmonic imaging techniques.

Contrast-enhanced ultrasound may be useful to show vascularity of septa or nodular protuberances in a renal cyst, and can help differentiate a benign cyst from an indeterminate cyst or a malignant-appearing cyst .

Simple cyst characteristics are similar to ultrasound and CT:

Renal cystic lesions with postcontrast enhancement and/or restricted diffusion are suggestive of neoplasms and should be viewed with suspicion.

Simple renal cysts are overwhelmingly asymptomatic, although there have been occasional reports of symptomatic giant cysts causing pain from mass effect on adjacent structures. Cysts may occasionally rupture, causing pain.

A symptomatic renal cyst can be aspirated, but cysts have a high rate of recurrence. Percutaneous alcohol ablation has been practised with some success in selected cases of symptomatic cysts .

In a pediatric patient with normal renal function, no follow up is necessary for an incidentally-discovered renal cyst .